True scale of the test and trace farce: Phone tracers reveal they’ve been sitting idly for weeks with hardly anyone answering their calls – and there’s no way for virus victims to ring them back

Britain’s ‘world-beating’ test and trace programme is still in chaos more than three weeks after its launch, The Mail on Sunday can reveal.

Boris Johnson launched the system, thought to be costing well over £100million, late last month amid a flourish of optimism, claiming it would help the country come out of lockdown without triggering a second deadly wave of the virus.

The system is meant to stop the spread of Covid-19 by tracing the contacts of people newly diagnosed with the virus, who might be infected themselves, and ensuring they self-isolate.

But insiders say numerous serious issues persist, raising questions about the system’s effectiveness and causing morale among staff to plummet. 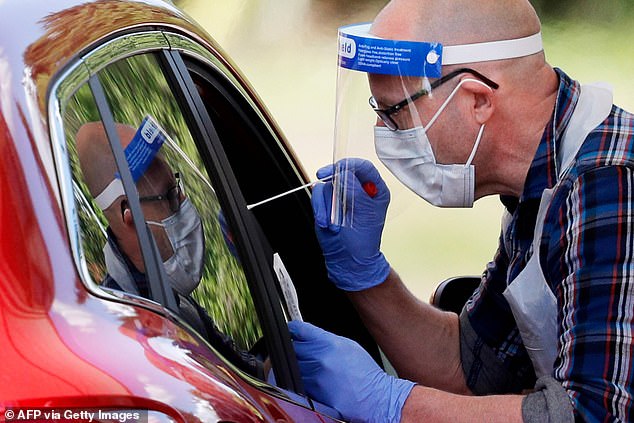 The Mail on Sunday has been told that:

Our revelations come just days after Ministers decided to scrap their mobile phone contacting tracing app because it did not work.

‘Gerry’ is one of 7,500 clinically trained contact tracers recruited to the programme, who are paid £17 to £26 an hour. They work alongside almost 20,000 less skilled call-centre staff paid £9 an hour.

The highly experienced NHS nurse, who helped trace HIV cases in the 1980s, said: ‘I still haven’t spoken to a single human being, and I’ve done 14 shifts now.

‘I just haven’t been given anyone to call. You have to wait until they are allocated to you.

‘I have expertise and experience that I’d love to be using, instead of sitting doing nothing. It’s been hugely frustrating. Demoralising.’

So far she has earned £1,836 for 100 hours’ work plus a training day. She stressed she did not join for the cash – she could have earned triple in a managerial position – but to help. ‘I really don’t want to be taking money for doing nothing. I think it’s morally wrong,’ she said. ‘Which is why I think I’m going to leave.’ Gerry added: ‘I know I’m not the only one in this position. There’s a Facebook group [for contact tracers] and everyone on it is saying they’re being under-utilised. People have not been rushed off their feet.’ ‘Sarah’ has yet to make one call in eight shifts. ‘I log in but there are no cases assigned and no one to call,’ she said. ‘There is no work all shift, every time. It feels very odd. I’ve tried to find out what’s happening and emailed managers asking what’s wrong. Sometimes I don’t get a reply for days then the email just comes back saying to carry on. I’m still getting paid but I have mixed feelings as I want to make this system work.’ 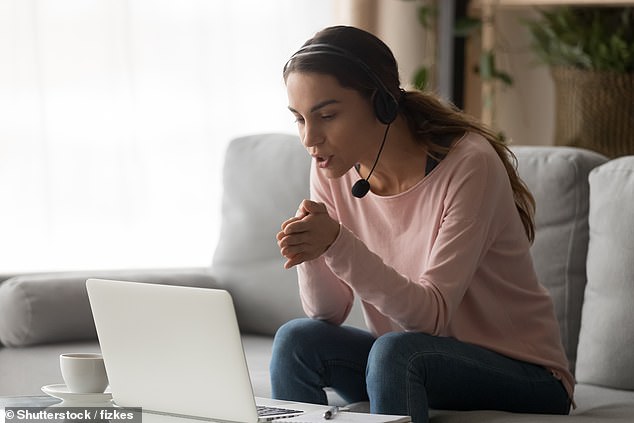 Around 1,000 newly diagnosed cases are being transferred into England’s contact tracing daily, according to official figures released last Thursday

Another nurse has spoken to just six people during 100 hours of work. Of those six, she said two complained they had been plagued by multiple calls from different tracers. She described the system as ‘a great big white elephant’.

‘I spoke to this guy who had been called seven times,’ she said. She flagged it to her supervisor ‘who said this was becoming a problem – she’d heard of many other cases like it’.

Tracers must call from a 0300 number, which some people found off-putting. ‘They think it’s a sales call and ignore it,’ said one. The tracer then leaves a message saying they will call again later, but the recipient has no way of calling back, potentially lowering the contact rate. Gary McFarlane, Northern Ireland director of the Chartered Institute of Environmental Health, backed up the reports, saying he had heard stories of tracers ‘sitting there for hours staring at the computer, twiddling their thumbs’. 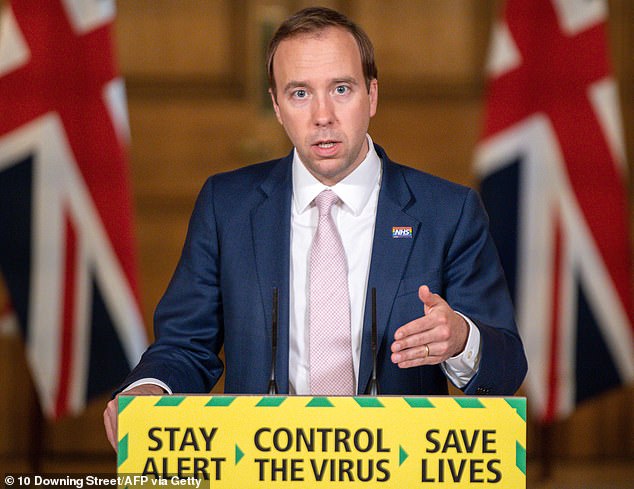 The Mail on Sunday asked Government officials how many people each contact tracer had been asked to trace, on average, but they declined to comment.One reason many tracers might have what officials describe as ‘spare capacity’ is that, thanks to lockdown, there is not many cases in some areas. The peak is over and infection rates down. But experts also fear only a minority of those catching the virus are getting themselves tested – meaning most are not entering the ‘test and trace’ system at all. If they are not being contacted, neither are people they may have passed the virus on to.

Around 1,000 newly diagnosed cases are being transferred into England’s contact tracing daily, according to official figures released last Thursday. Of those, three-quarters are being reached.

Ceri Evans, President of the Society of Sexual Health Advisers, said the system was set up ‘in good faith and ‘has worked in lots of ways’ but added: ‘We need to ask if it’s working or not – and if it’s not, then we need to change. Yes, that will cost money, but contact tracing is important.’

The Department of Health and Social Care last night insisted the system was working well ‘and is helping save lives’. A spokeswoman said: ‘We have over 27,000 contact tracers in place. Thanks to them, over 87,000 people have already been advised to self-isolate who might otherwise have unwittingly transmitted the virus.’