A deadly tree disease, a wood-eating beetle and climate change are among looming threats to Britain’s trees, the National Trust has warned.

The charity said ‘dramatic changes’ will be seen in the countryside as trees are increasingly ravaged by pests and weather.

It said tens of thousands of larch trees will need to be felled due to the fungus-like pathogen Phytophthora ramorum, affecting iconic landscapes such as Lake District woodlands.

The trust estimates 95 per cent of foresters’ time in the Lakes this year will be spent tackling the disease. 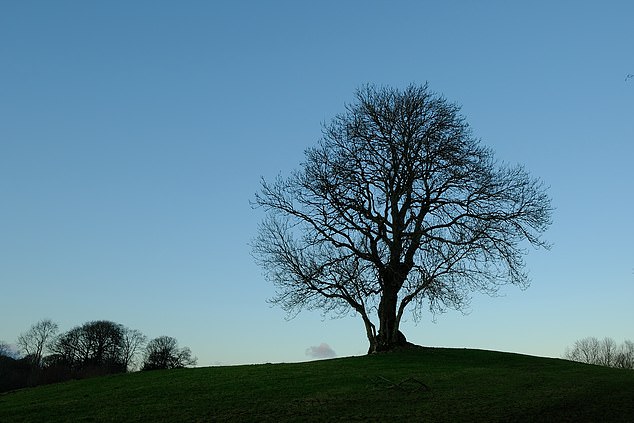 A deadly tree disease, a wood-eating beetle and climate change are among looming threats to Britain’s trees, the National Trust has warned

Milder, wetter winters caused by climate change are creating ideal conditions for diseases and pests to spread, the charity said. And trees’ natural defences are more likely to be undermined from drought, flooding and high temperatures they face on a more regular basis.

The conservation group said: ‘This could mean dramatic changes to the British countryside as the populations of some species decline.’ It warned an outbreak of the eight-toothed spruce bark beetle in the South East, leading to restrictions on movement of trees and tree products in places, could be devastating to spruce plantations in the North.

And the charity expects to spend £3million in coming months to tackle ash dieback fungus – triple that spent last year – with between 75 per cent and 95 per cent of ash trees to be lost in the next 20 to 30 years.

Downed trees cost millions to clear up, the trust said, with many found to be almost hollowed out by disease. The National Trust is calling for donations to its Plant A Tree campaign to help plant more resilient species in its woodlands, to future-proof against climate change.

It aims to plant 20million by 2030 to help limit global warming to 1.5c and boost biodiversity.