‘We won Roe v. Wade a long time ago’ Pelosi says after Senate Dems failed to overcome a filibuster to codify abortion rights as Bernie Sanders insists ‘this process is NOT dead’ and calls for vote on the bill ‘again and again’ until it sticks

‘This is not about a long game. We played a long game – we won Roe v. Wade a long time ago. We voted to protect it over time. We have elected a Democratic House of Representatives that is pro-choice,’ the House Speaker told CNN’s Dana Bash on Sunday.

‘Let’s not take our eye off the ball,’ she added. ‘The ball is: This Court, which is dangerous to the freedoms of our country.’

Bash noted that conservatives have had the goal for decades to overturn the 1973 ruling in Roe v. Wade that made abortion constitutionally protected and pointed out that some are critical of Democratic leaders, claiming they ‘should have seen this coming.’

‘Who would have ever suspected that a creature like Donald Trump would become President of the United States, wading a list of judges that he would appoint – therefore getting the support of the far-right. And appointing those anti-freedom justices to the court,’ Pelosi responded.

Sanders still has hope for legislation that would codify abortion rights into federal law even after it failed to come to the floor Wednesday due to a GOP filibuster.

‘Nobody should think that this process is dead,’ the Vermont independent senator said to NBC Meet the Press host Chuck Todd on Sunday. 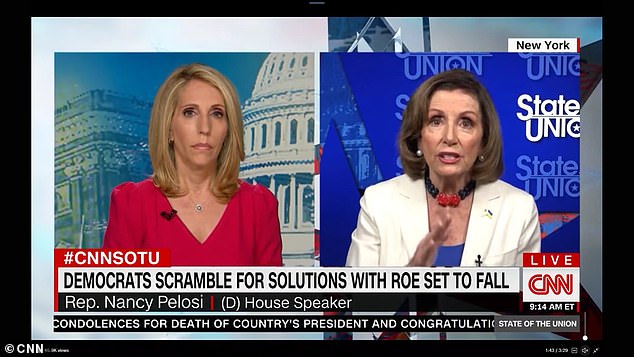 House Speaker Nancy Pelosi said Sunday that ‘creature’ Donald Trump was able to create a Supreme Court that  will overturn Roe v. Wade as she insisted: ‘We played a long game – we won Roe v. Wade a long time ago. We voted to protect it over time’ 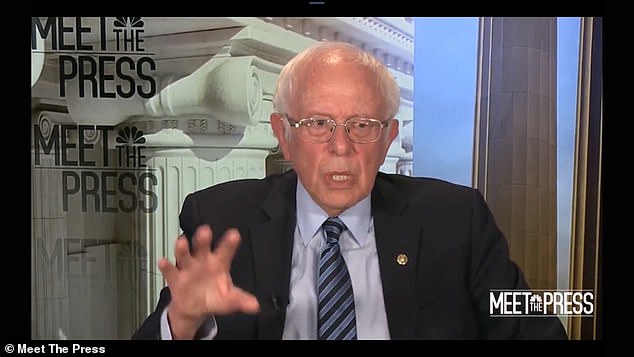 Senator Bernie Sanders also said Sunday that the issue of abortion rights is ‘not dead’ and insisted the Senate bring the bill ‘again, and again, and again’ until it passes 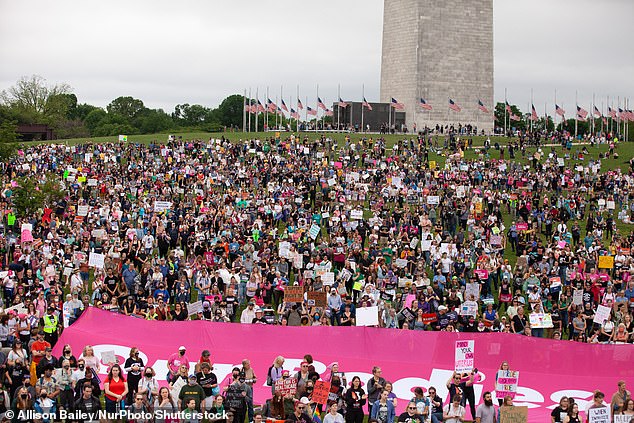 thousands of demonstrators descended on the National Mall in D.C. on Saturday to rally for abortion rights in protest of the leak of the draft Supreme Court opinion showing an impending overturn to Roe v. Wade

He insisted that there are currently ‘too many Democrats who are prepared to support a candidate in Texas who is one of the few anti-pro-choice members of Congress.’

Democratic Texas Representative Henry Cuellar, a pro-life Democrat, is running in the midterms to return to the House and is being backed by Speaker Pelosi, among several other colleagues.

When Todd asked Sanders if it’s a mistake for Democrats to support him, he replied: ‘I do.’

Further pushed on if pro-life Democrats shouldn’t be allowed in the Democratic Party at all anymore, Sanders vaguely responded with: ‘We’ll see.’

Earlier this month, a draft opinion from the Supreme Court showed Justice Samuel Alito and four other conservative justices signing on for a ruling that would overturn Roe v. Wade. The final ruling is expected to come out in June, but the draft was confirmed as authentic by the court days after it was published by Politico.

The only dissenting conservative is Chief Justice John Roberts, who does support a 15-week ban on abortion but not an entire overturn of the 50-year-old ruling. 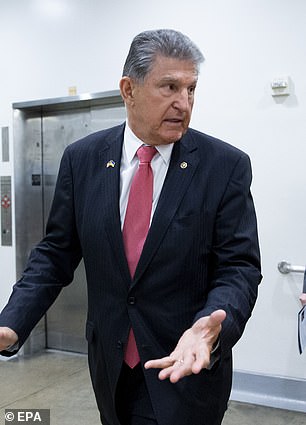 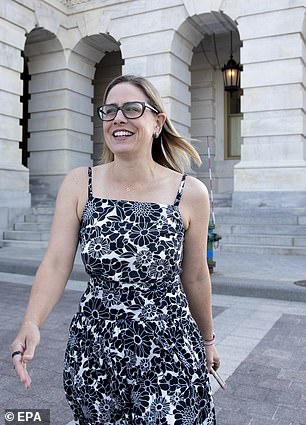 Conservatives are furious about the leak but are lauding the overturn of the ruling that made abortion a right, while Democrats took to the streets to protest the impending ruling and call it an assault on women’s rights.

Democrats in Congress had new urgency to pass a federal law codifying a woman’s right to terminate their pregnancy. The bill passed in the House but was unable to get to the floor of the 50-50 split Senate due to a GOP filibuster, which requires 60 votes to overcome.

Sanders is blaming moderate Democratic Senators Joe Manchin of West Virginia and Kyrsten Sinema of Arizona for refusing to support a leftist push to nix the filibuster so a simply majority could rule the upper chamber.

Due to the filibuster rule maintaining, Democrats couldn’t get the votes to overcome GOP obstruction and get their abortion bill to the floor of the Senate on Wednesday.

‘You’ve got two members of the Senate, Senator Manchin and Senator Sinema, who have sabotaged what the president has been fighting [for],’ Sanders accused.

He added: ‘Pressure has got to be put on the part of people in West Virginia, in Arizona to say, ‘You know what, why don’t you stand up for ordinary Americans.’