MISSING California student Kristin Smart was murdered in 1996 during an attempted rape carried out by a fellow classmate – and the suspect's father helped hide her body, prosecutors said Wednesday.

Paul Flores, a former classmate of Smart's, was arrested in San Pedro, California on Tuesday, along with his father, Ruben Flores, 80, who has been charged as an accessory after murder. 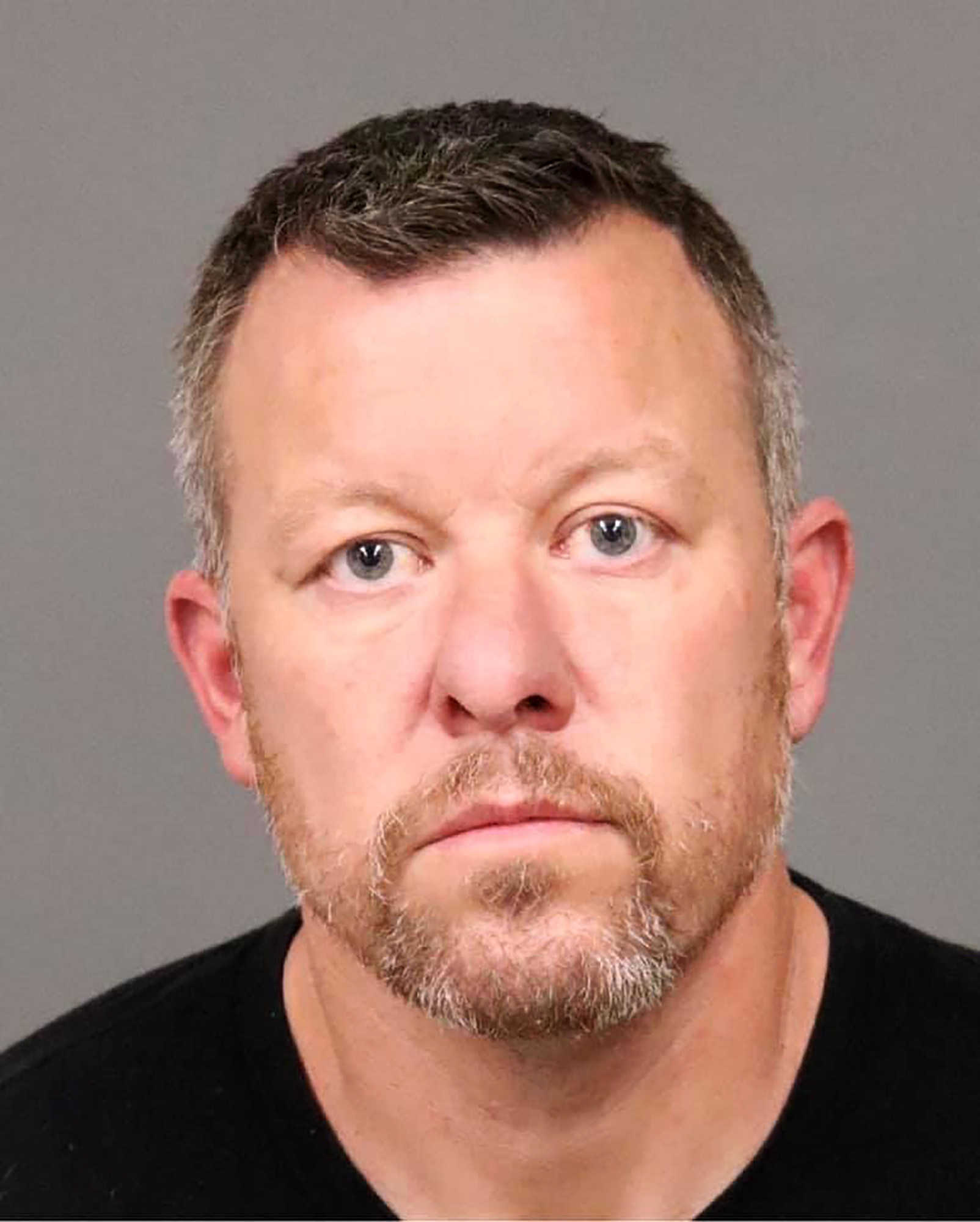 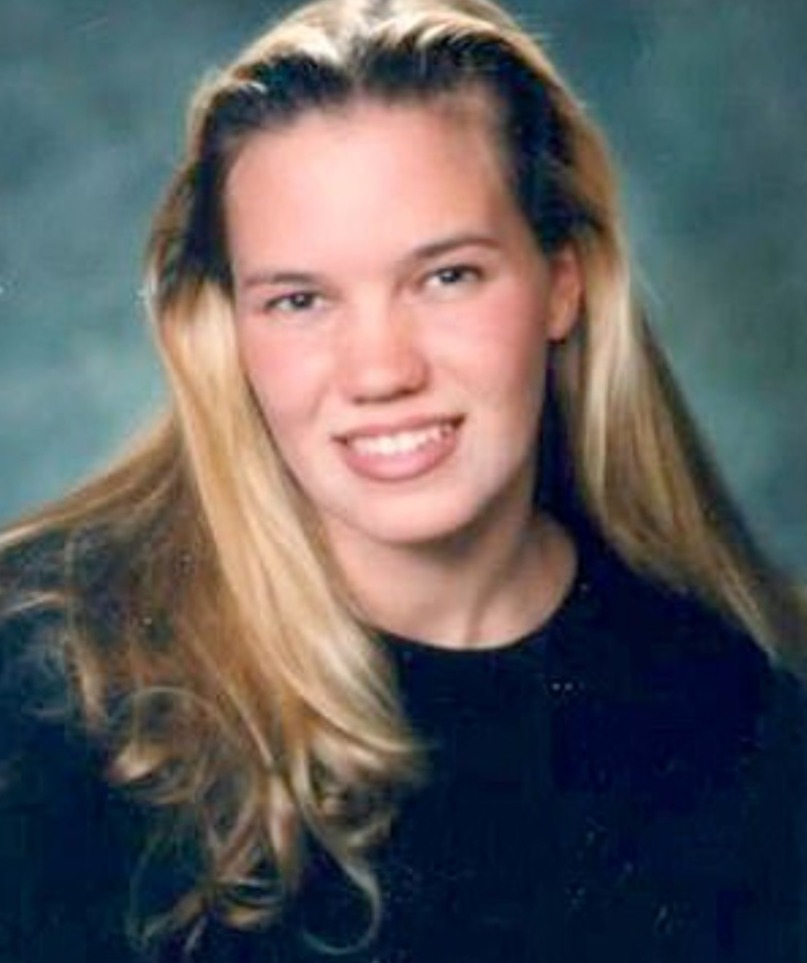 The younger Flores was the last person to see 19-year-old Smart alive, having walked her home from an off-campus frat party back to her dorm at California Polytechnic State University, on Memorial Day weekend in 1996.

Speaking at a news conference at the San Luis Obispo Superior Courthouse on Wednesday, District Attorney Dan Dow claimed for the first time that Paul Flores had sexually assaulted Smart before allegedly murdering her.

Flores has been charged with first degree murder, which includes the consideration of the sex act, Dow said.

He is being held without bail ahead of a scheduled arraignment Thursday.

His father, Ruben Flores, has been charged with accessory after murder and will also will be arraigned Thursday. Ruben Flores is currently being detained in lieu of a $250,000 bond.

Dow said he couldn't specify what evidence had been collected to support the allegation of sexual assault, citing pending legal proceedings.

“Significant information has come in over the past two years, and in the past month ago. … We believe there’s a location where Kristin Smart was taken.”

Investigators, who launched a renewed search Tuesday at Ruben Flores' property in nearby Arroyo Grande, believe they know where Smart's body was buried, Dow said.

He didn't elaborate on where the alleged sexual assault and murder took place, but said: "We certainly believe Mr. Flores’ room was a crime scene.”

Weeks after Smart disappeared, cadaver dogs had alerted to Flores' mattress in his dorm room.

The dogs later alerted in the same area of the room, even after the mattress had been taken into evidence, reports from the time say. 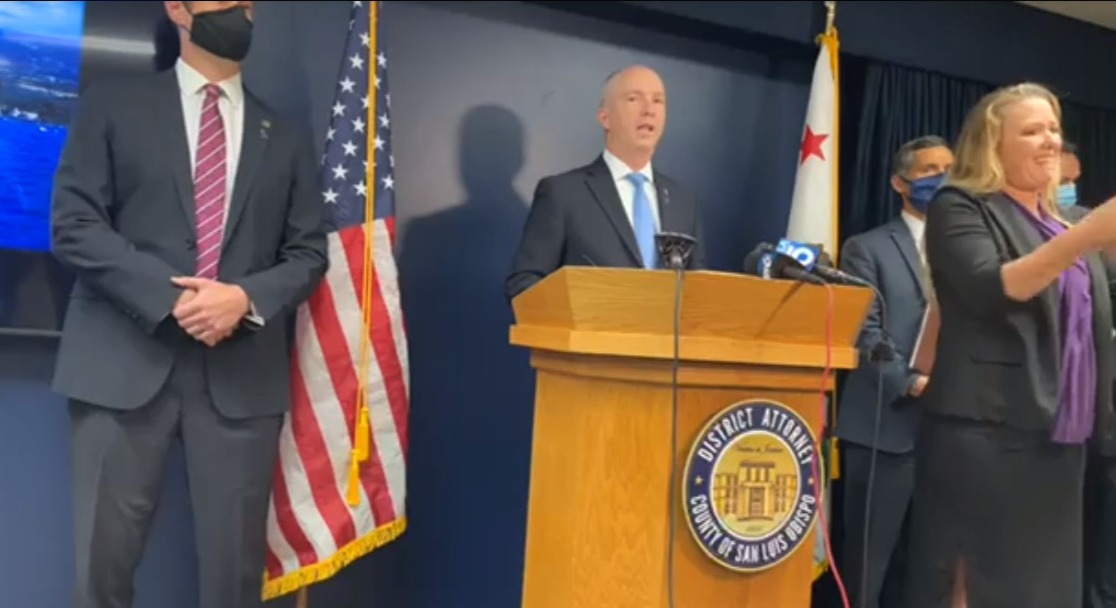 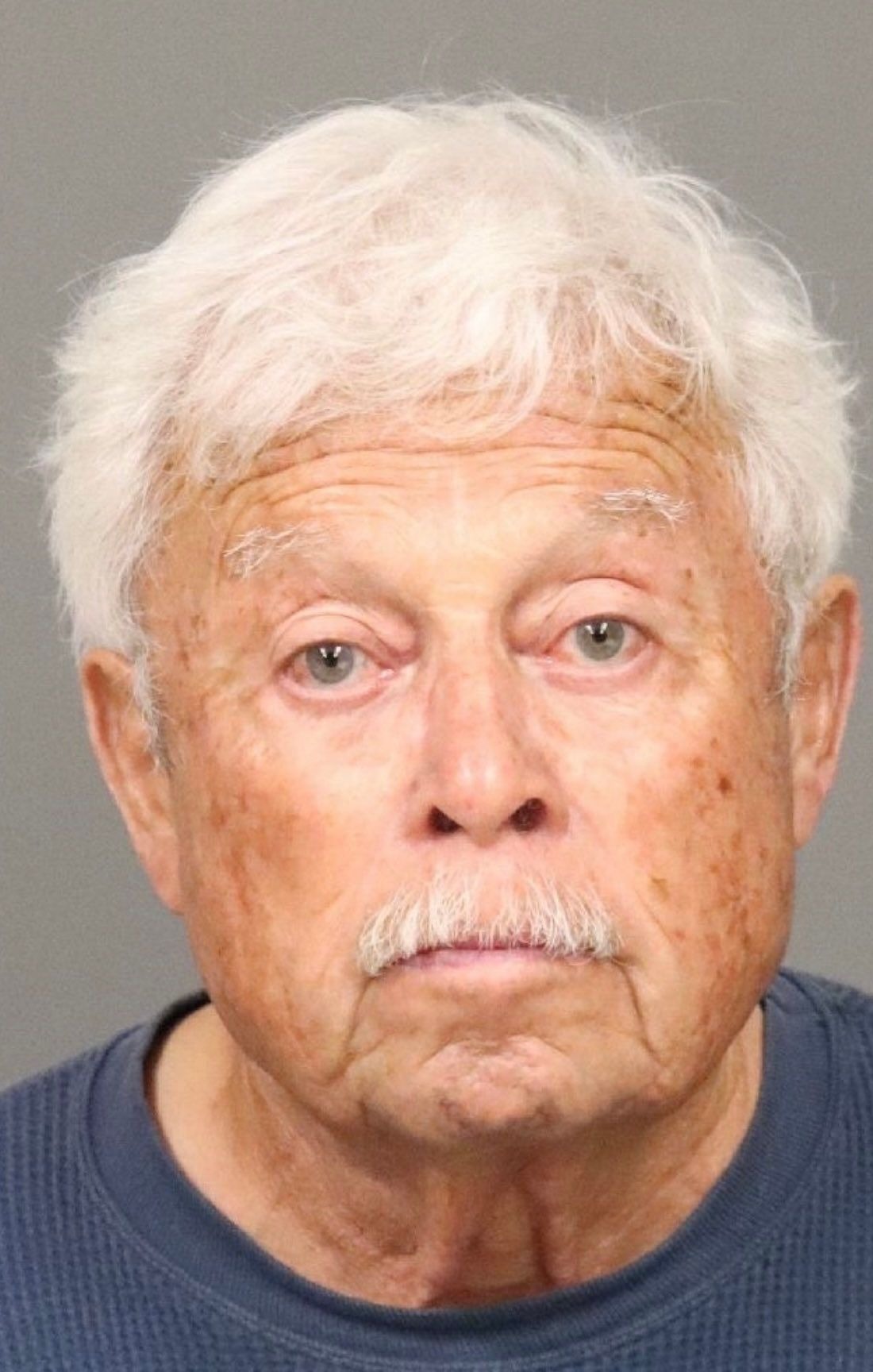 Like Dow, Parkinson refused to discuss specific items of evidence, but said 193 items of forensic and physical evidence relating to Smart's disappearance had been obtained from two homes linked to the Flores family.

Smart, 19, of Stockton, was last seen May 25, 1996, while returning to her dorm at California Polytechnic State University campus in San Luis Obispo after an off-campus party.

She was found passed out on a lawn outside the party at 2:30am.

Several students stepped in to wake Smart up, though it was Flores who volunteered to walk her home.

He told police shortly after she disappeared that she was "walking real slow" and that he had hugged her waist to keep her warm as he escorted her back to her Muir Hall dorm.

According to Flores, he dropped Smart off around a block away from her dorm room, before returning to his room in a separate dorm, Santa Lucia.

But Smart never made it home that night. She was reported missing three days later, and police began their search 24 hours afterwards. 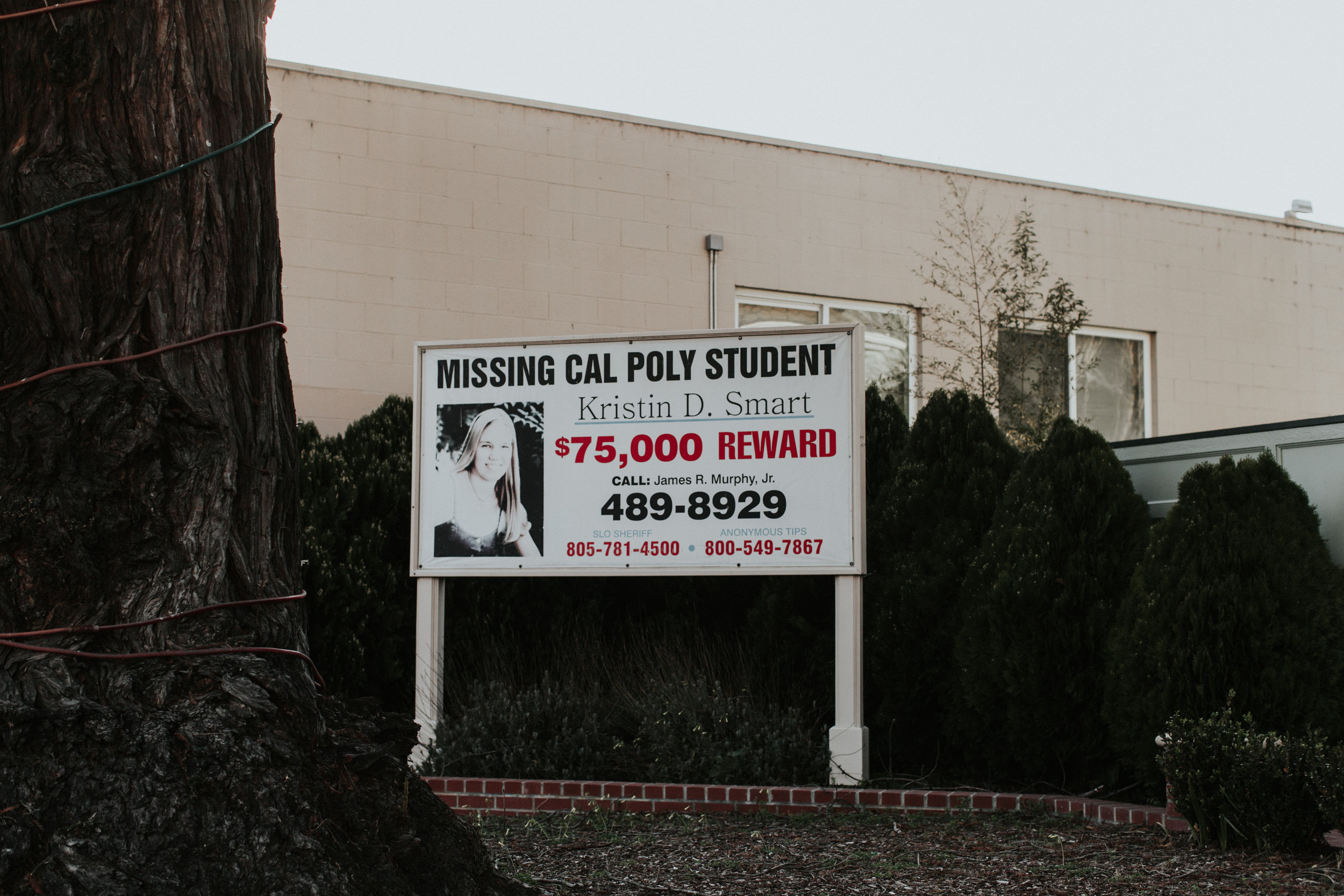 Flores was considered a person of interest in the disappearance from the off-set.

Police spent hours with him every day for more than a week after Smart vanished, retracing his route home from the party with her that night.

At the time he was interviewed by police, Flores had a black eye and scratches on his knees.

He first told police he suffered the black eye during a baseball game days prior. However, investigators tracked down one of his teammates who swore he turned up to the game sporting the shiner.

In his first interview with authorities, Flores said he had watched Kristin walk up the path toward her dormitory before he entered his hall.

Investigators said his roommate, Derrick Tse, who had been away for the weekend, was told by Flores that “he walked the missing person home and then came back to his room.”

Tse also told authorities that Flores joked about killing Smart, allegedly telling him: "Yes, I killed her and brought her to my mom’s and she is still there." 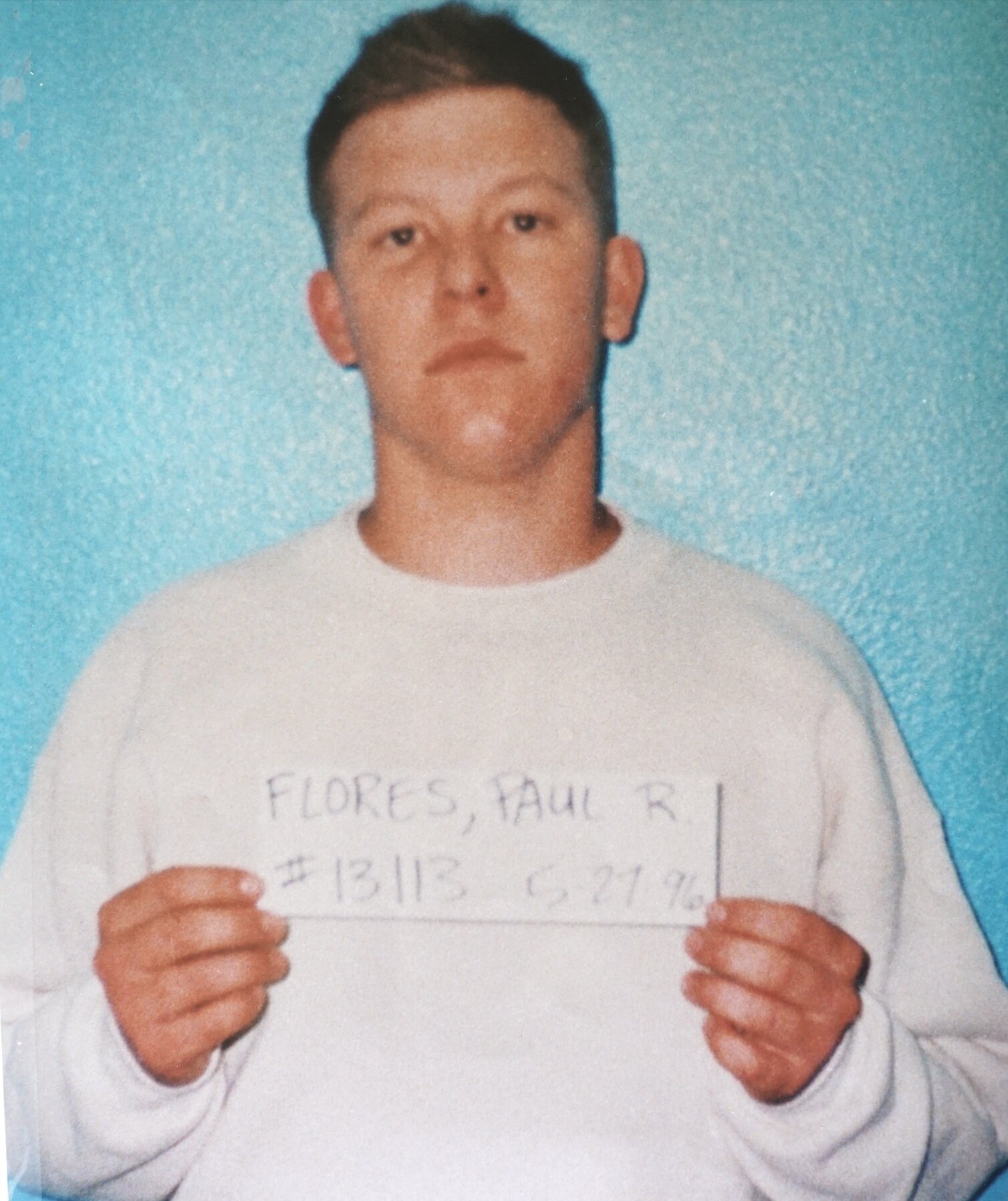 Flores, then also 19, initially agreed to take a polygraph test, but when pressed by police he reportedly kept stalling.

In June 1996, investigators with the District Attorney's Office finally picked up Flores and told him it was time to take the test.

Reports from the time say Flores "turned white" at the suggestion, and refused to take the test once inside a conference room at the Arroyo Grande police station.

Instead, Flores agreed to an interview, which lasted 90 minutes and was taped.

During that interview, investigators bluffed by telling Flores they knew he'd taken a shower the night of Smart's disappearance before going to bed – contrary to what he'd previously claimed.

Flores reportedly buckled, admitting he'd gone into the communal shower at around 5am, after becoming sick. 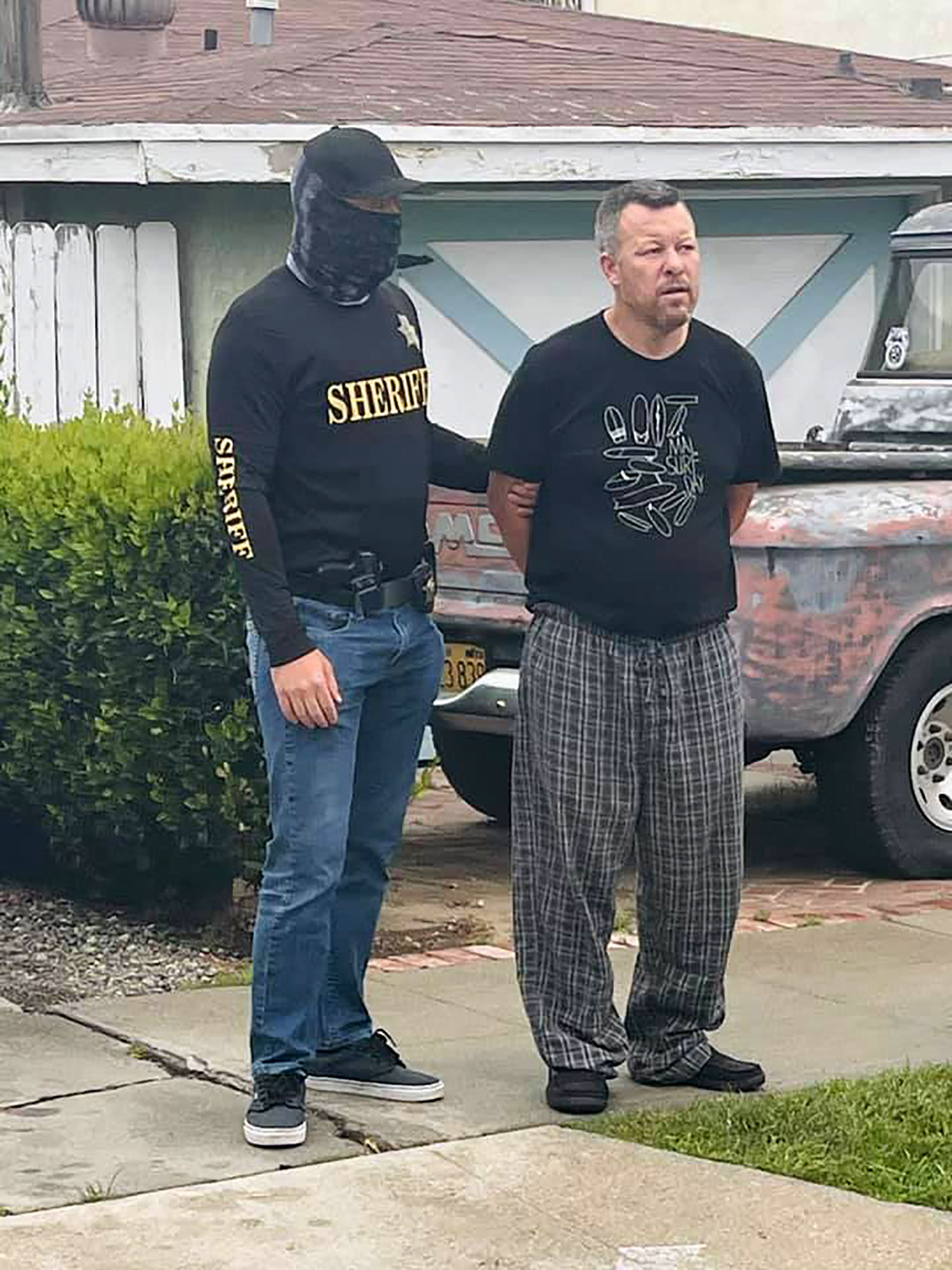 He also admitted to lying about how he got his black eye. Instead of baseball, Flores said he actually suffered the shiner after hitting his face on the steering wheel of his truck, as he was trying to repair it.

The reason for lying, Flores told police, was because he didn't want to "sound stupid".

Although the footage has never been released publicly, officials familiar with the tape said what was most striking about the interview was Flores' body language.

Under intense questioning, pointing out that Kristin's last known whereabouts were with him, Flores apparently pulled his arms into his t-shirt and lifted his legs up to his chest, as if assuming the fetal position.

While investigators thought the teen was about to confess, instead he called their bluff. 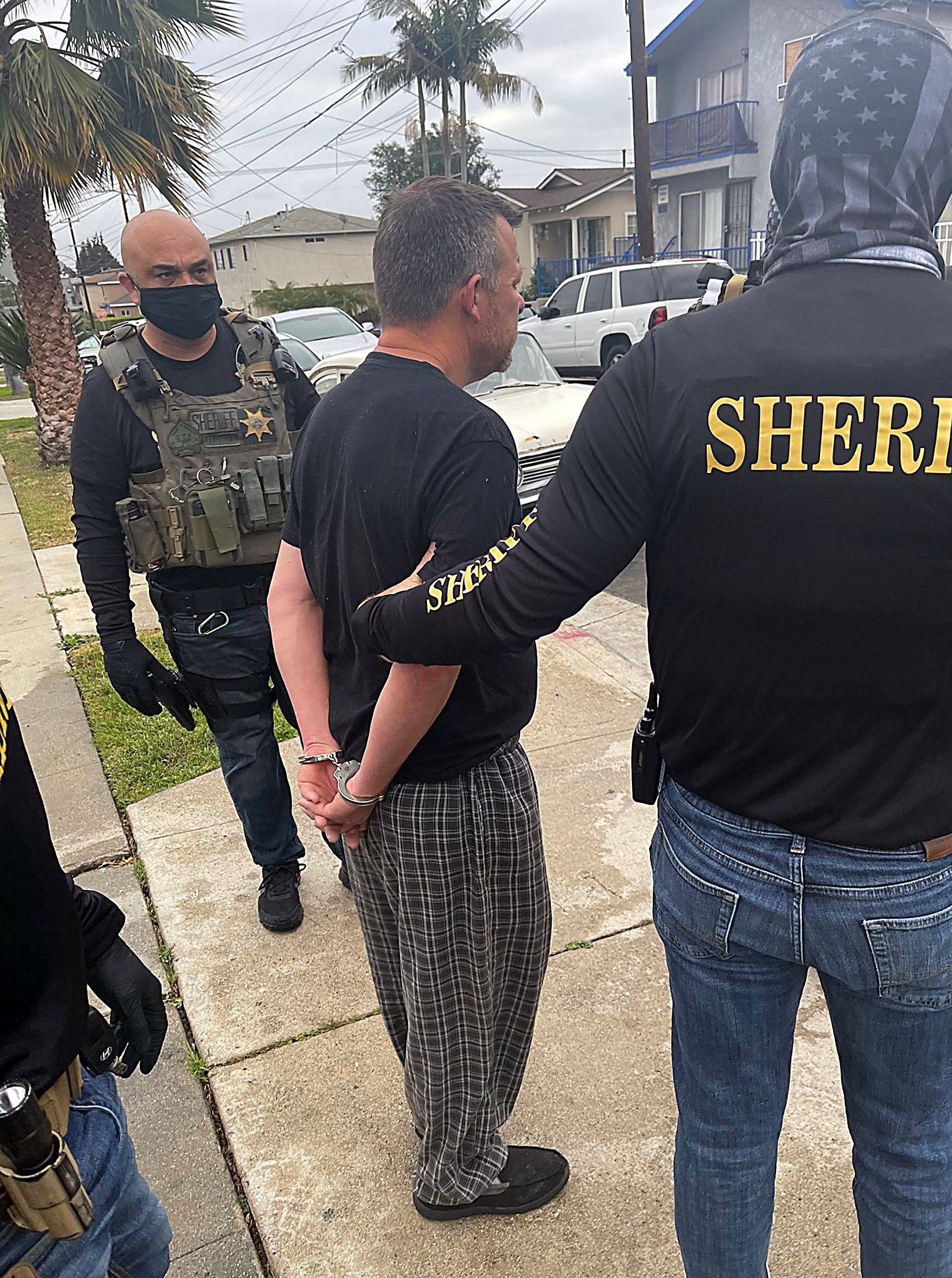 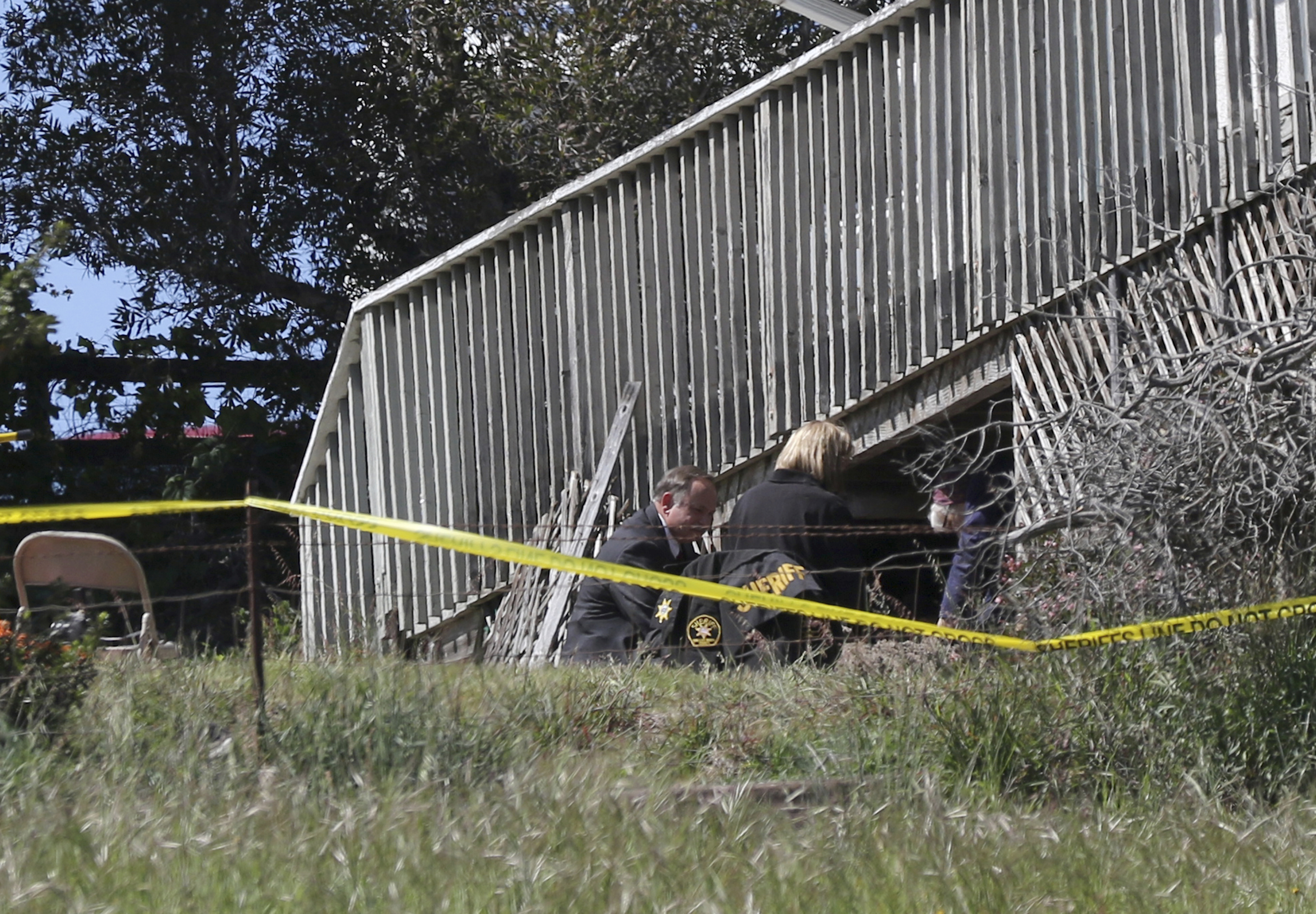 Reacting to the arrests of Flores and his father on Tuesday, Smart's family called the moment "bittersweet".

"It is impossible to put into words what this day means for our family; we pray it is the first step to bringing our daughter home," the family said in a written statement.

"While Kristin’s loving spirit will always live in our hearts, our life without her hugs, laughs and smiles is a heartache that never abates."

They continued: "The knowledge that a father and son, despite our desperate pleas for help, could have withheld this horrible secret for nearly 25 years, denying us the chance to lay our daughter to rest, is an unrelenting and unforgiving pain.

"We now put our faith in the justice system and move forward, comforted in the knowledge that Kristin has been held in the hearts of so many and that she has not been forgotten."