A FIVE-year-old girl nearly swallowed a rusty nail while eating a slice of Co-op birthday cake, her family have claimed.

Olivia Watson was about to bite into the Shooting Star spongecake when the one and a half inch spike was spotted. 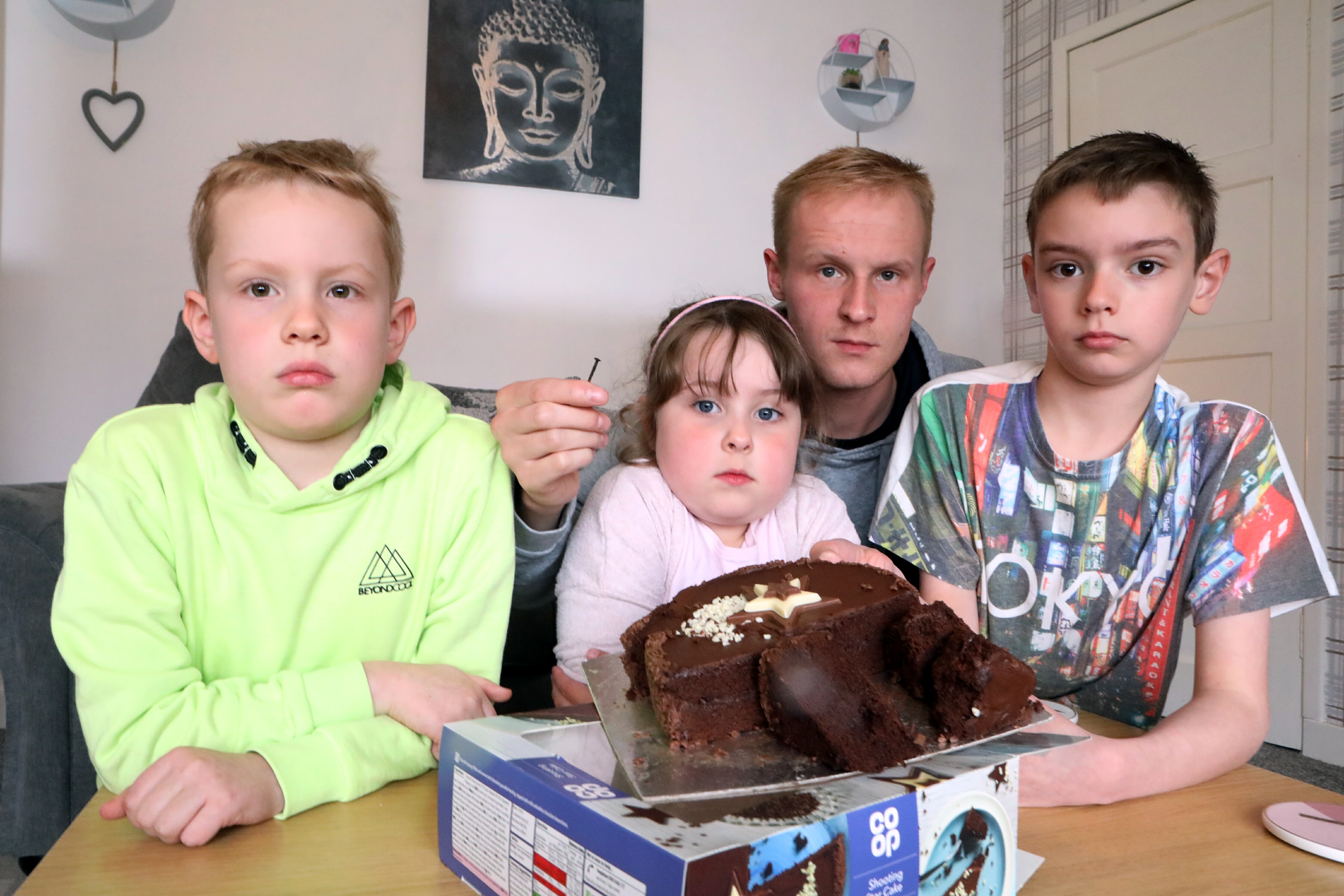 The youngster, who was at a party for the birthday of her uncle James Baxter, was stopped just in time.

His partner Kelly Winstanley feared the nail could have punctured Olivia’s throat if she had swallowed it.

She said: “We were just serving the cake up and my sister-in-law Kirsty was about to give a slice to Olivia and it’s lucky she clocked it.

“There was this rusty nail and it was about one and a half inches long. If Kirsty hadn’t seen it, Olivia could have eaten it.

“It was in the middle of the cake but thankfully the way it was sliced it was spotted just before serving.”

The family said there was no damage to the box when they bought it, so it was unclear if it got in there while it was being baked.

She added: “My brother-in-law Kyle contacted Co-op via Twitter to express his concerns about what happened. 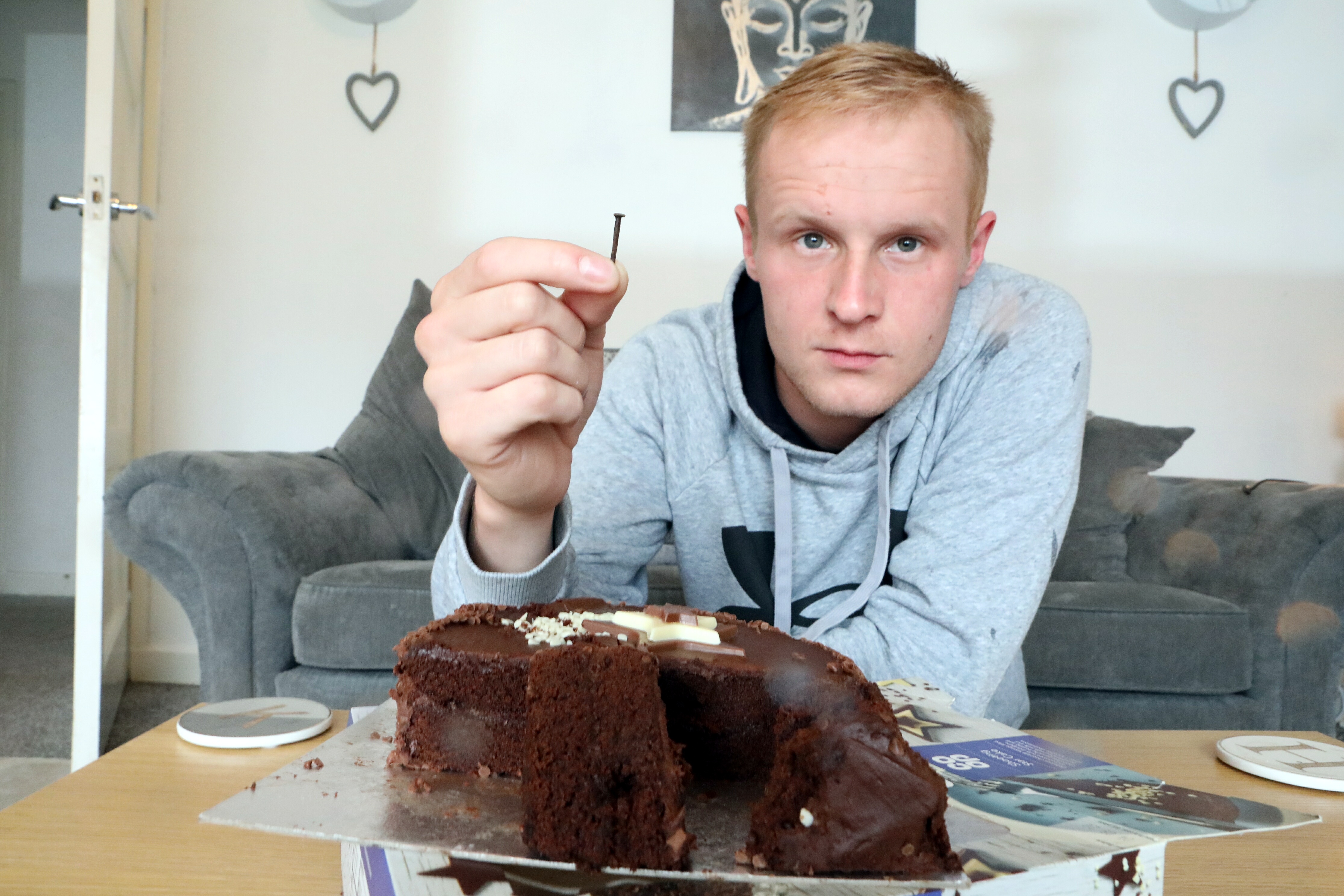 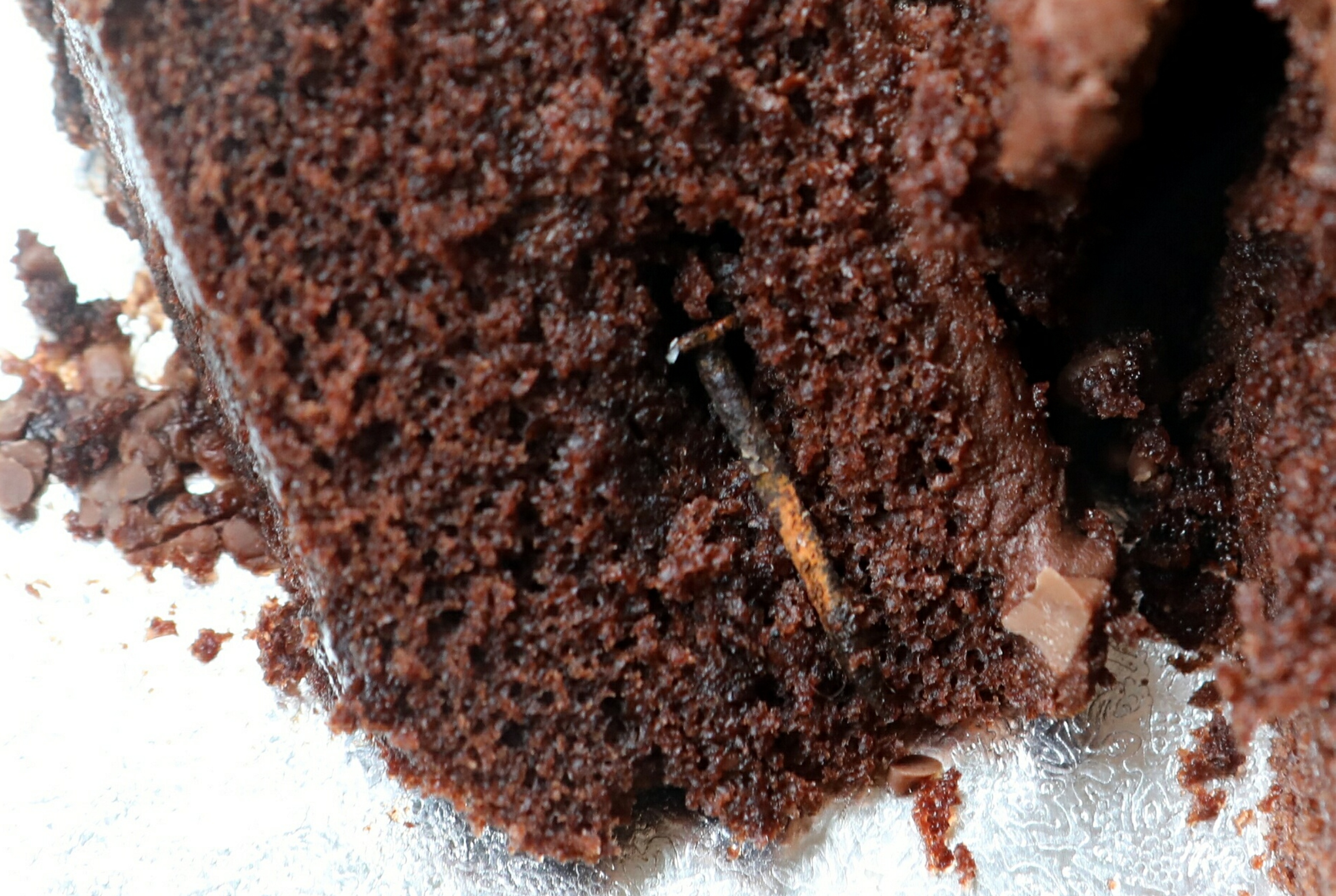 “There was no apology as such, they just asked for the product details.

“They said they would ask the supplier to investigate and would credit our account.

“A number of people had already started eating the cake but thankfully no one seems to have suffered any ill effects.”

Kelly, from Kirriemuir, Angus, added: “If any of kids had swallowed that nail it could have easily punctured their oesophagus.

“It looks too small to have fallen off a piece of machinery into the mixture so we don’t know if it has been human error.

“Regardless of what’s happened, the company could have dealt with this in a better manner.

“They said they will make a gesture by way of an apology but it could have seriously injured a child.”

A Co-op spokesman said: “The health and safety of our customers is our top priority and we apologise that on this occasion this product has fallen short of our high standards.

“We immediately started an investigation with our supplier and have resolved the matter directly with the customer.”