Parents using BBC Bitesize and educational resources provided by a government-backed education programme to home school their children during the coronavirus pandemic continue to complain of technical glitches with the services.

More than three million pupils logged on to the BBC platform today, while others struggled to navigate the Oak National portal with some saying they were unable to upload work sheets to the site.

The Department for Education has also said free laptops and tablets will be given to children from disadvantaged backgrounds across England to help them learn from home. The move is part of a push to make remote education accessible for children while schools are closed.

After some teething problems yesterday that have been carried over to today both the BBC and government-backed Oak National have said that they will help fix any errors that have been identified.

Children unable to attend school in the UK have flocked to BBC Bitesize to take online lessons from celebrities such as Professor Brian Cox, Danny Dyer and Sir David Attenborough. 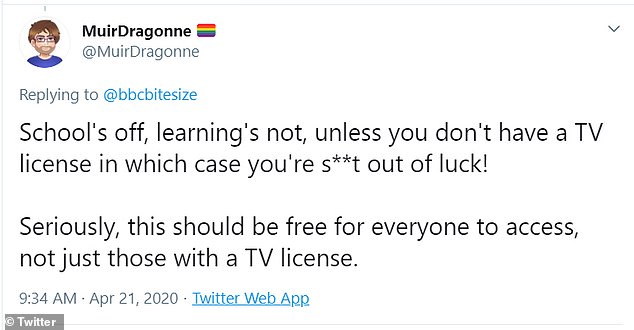 Despite the star-studded line up, some parents experienced issues this morning and one said they were only able to find one lesson online.

This is while parent’s using the government site said it had taken ‘hours’ to upload the work.

One user chimed: ‘Totally thought I had nailed home school thing then found an inbox with messages saying all of his work was blank – I’ll be honest if you struggle as an adult or child with anxiety then this would tip you over. Took me over an hour to reload and resubmit two weeks of work.’

Commenting on the government’s platform, another user added: ‘@OakNational. Have you seen the science resources from @theASE? Would be good to use them when planning your primary science lessons – some of the info in the current lesson on light is not suitable for year 2 children.’

Others using the BBC’s service claimed the lessons were not available to people who did not have a TV license.

At present you need a TV license to be able to access BBC iPlayer, but the BBC Bitesize website is free to use and there are a number of resources on there available to the public.

One user said: ‘Activities on the maths year 3 are not working properly it doesn’t allow you to choose the numbers.’

Another said: ‘@bbcbitesize your child profiles are not working. Setting DOB for 8 year old takes them to Classes for teenagers’.

Many users of the platform criticised it for its design and have also slammed the BBC for not including enough female faces in the line up.

Another added: ‘I’m sure you could find a nice lady for home economics… you know, to address the balance.’

This is while one said: ‘Thank god Danny was available. Imagine if you’d had to ask a woman’, another user replied: ‘Good point where are all the women?’ 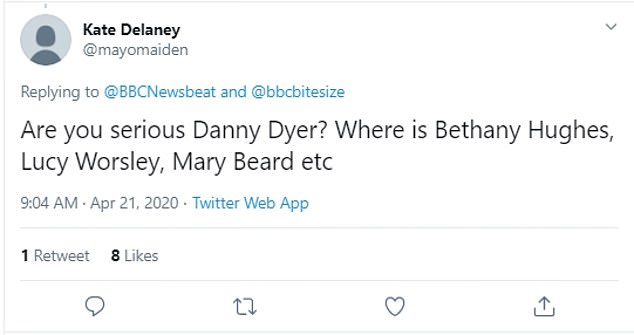 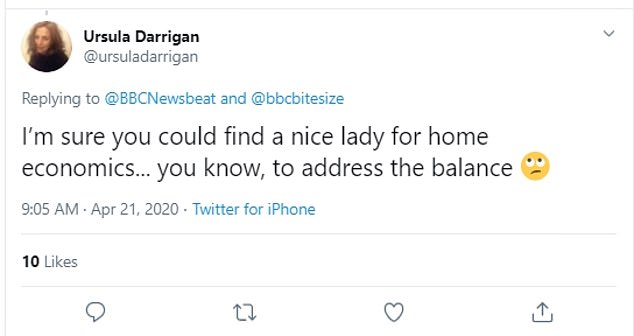 Top lessons that were accessed on the platform today included Year 7 Maths, Year 5 English and Maths and Year 3 English.

On the first day of school closures last month the online learning platform had received over 1.3 million users.

The platform is delivering the various lessons on BBC iPlayer, the Red Button and the BBC Bitesize website and app.

It is also available on BBC Four and BBC Sounds and schools up and down the country have been encouraging their pupils to use the resources that have been made available on the platform. 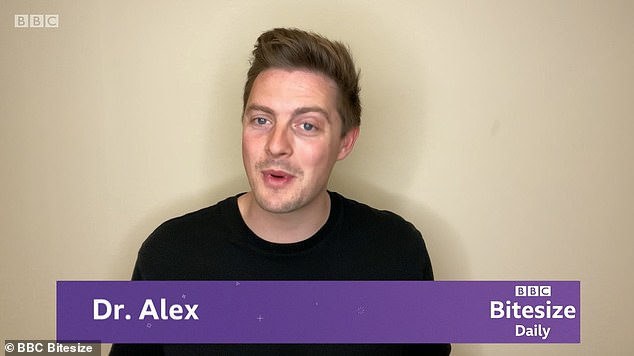 Other experts taking part in teaching include Sir Brian Cox and Jodie Whittaker.

Ed Balls has been recruited to deliver a maths class for 11 to 14-year-olds, while Attenborough will tackle oceans and mapping the world.

Love Island’s Dr Alex George, an A&E doctor working on the COVID-19 frontline, will also be part of the classes.

He has previously given advice to students on how to deal with exam stress on BBC Bitesize.

England rugby player Maro Itoje is also part of the programme, reading excerpts from How To Be A Cat, for year six pupils.

Alice Webb, Director of BBC Children’s and Education, said: ‘Education is one of the core pillars of the BBC so to see families across the UK engaging with the new content in such huge numbers is wonderful. We’ve had so much positive feedback from parents and teachers alike already and there’s still much more to come!’

The BBC unveiled plans earlier this month to support the education of ‘every child in the UK’ and provide ‘rhythm and routine’ for their frazzled parents. 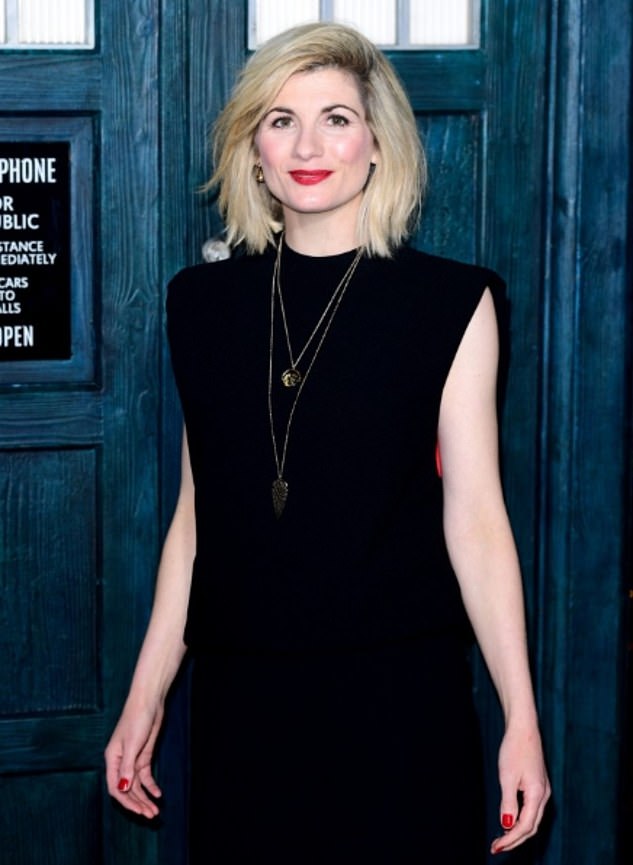 There will also be a maths and English lesson every day for different age groups, as well as daily education podcasts.

Programmes on BBC Four on weekday evenings will aim to support GCSE and A-level courses, as students face a period of uncertainty during the lockdown.

MailOnline has contacted the BBC and Oak National.