Parents of mummy blogger, 29, who died with three of her children in horror smash say deaths of daughter and grandchildren ‘left huge hole in our life’

The parents of a young mummy blogger killed in a car crash with three of her children have said their deaths have ‘left a huge hole in our life’.

The couple, who asked not to be named, said that their daughter Zoe Powell, 29, and grandchildren Phoebe, eight, Simeon, six, and Amelia, four, ‘were all so full of life and fun’.

The four were killed when the Subaru people carrier they were travelling in collided with a heavy goods vehicle on the A40 near Oxford on Monday October 12.

Mrs Powell’s husband, Josh, and their 18-month-old daughter Penelope, known as Penny, who were also passengers in the Subaru, survived the crash. 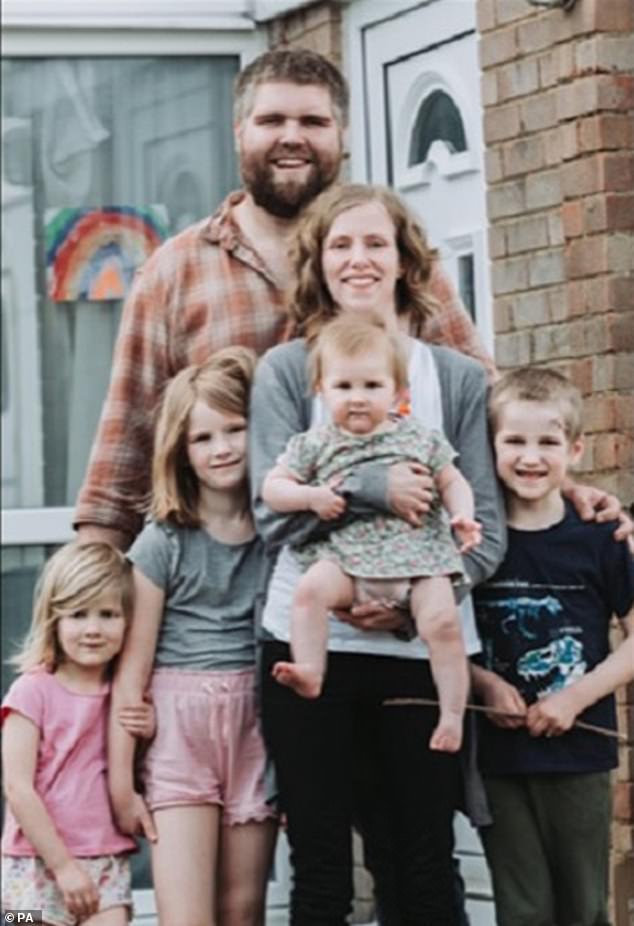 In a joint statement, the maternal grandparents said: ‘We will deeply miss seeing them grow and develop.

‘We are praying for the full recovery of Josh and little Penelope.

‘While we are deeply grieving for her life on earth cut short, we do have hope.’

‘She did so much in her short life, became a Christian and married Josh at 18. 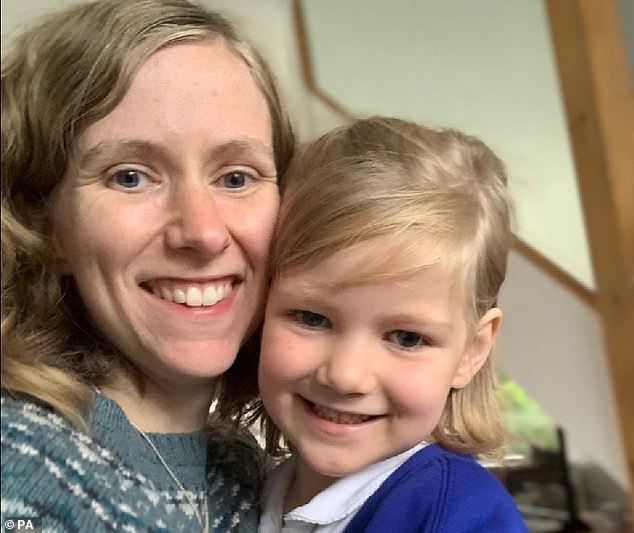 Zoe Powell with her daughter Amelia Powell, four, who both died in the A40 crash near Oxford 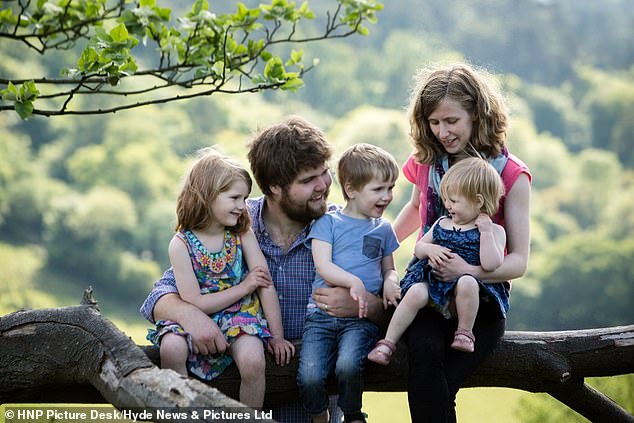 Pictured: Zoe Powell, who died in the crash, with Phoebe, eight, Simeon, six, Amelia, four, and her husband Joshua 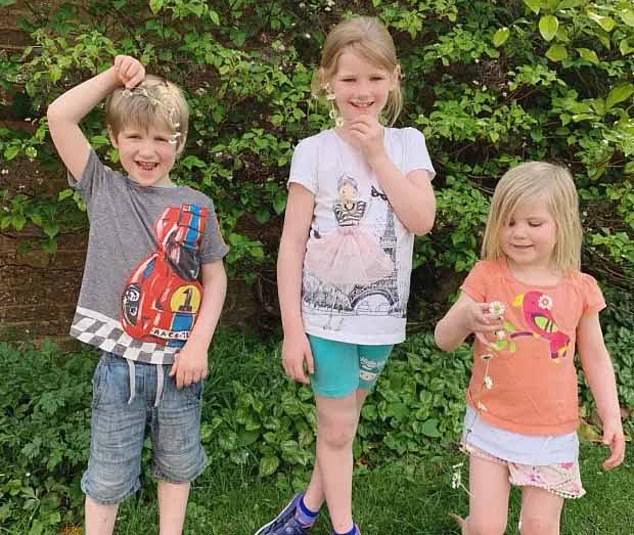 Emergency services rushed to the scene at 9.50pm last Monday to reports of the crash, which took place near a railway overbridge. Pictured: The child victims 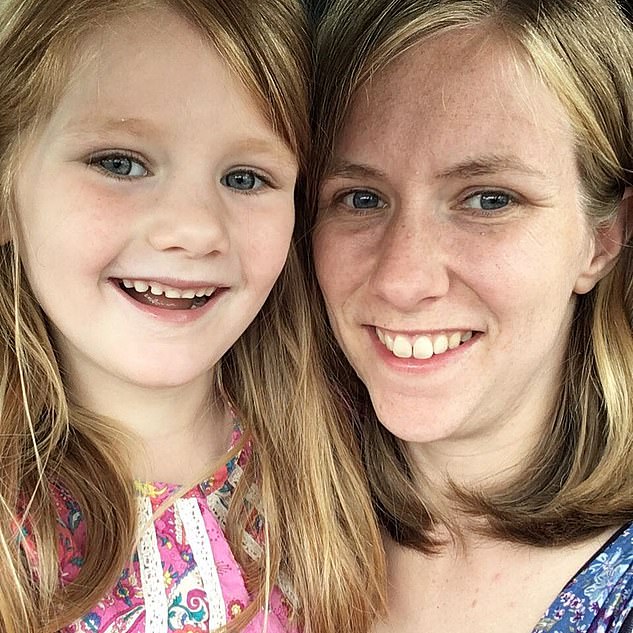 Zoe Powell, 29, with her daughter Phoebe, eight, smile for the camera in a poignant picture

‘While earning a 2:1 at Sheffield University she also had Phoebe and Simeon.

‘After graduation, Zoe and Josh made a home in Chinnor, where Zoe then had Amelia and Penelope.’

They added: ‘The loss of Zoe, Phoebe, Simeon and Amelia has left a huge hole in our life.’

On Tuesday, Mr Powell released a tribute to his family in which he described how he will ‘reflect on the fun that we had as a family, with feelings of sadness that it was cut so short’.

He said: ‘I had been blessed with four wonderful children, whose thirst for life and hunger for adventure kept me busy but in the best possible way.’ 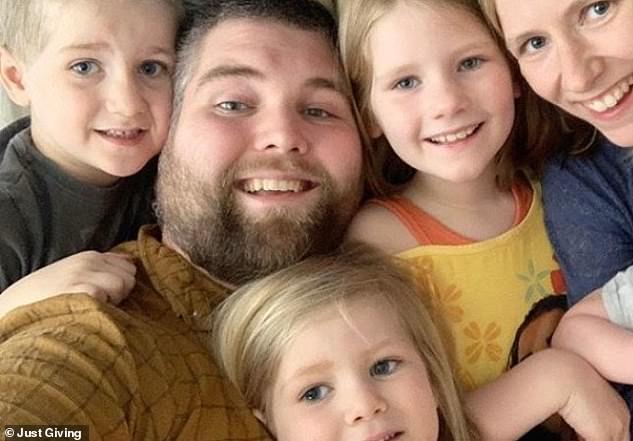 Zoe Powell, who died in the crash, with Phoebe, eight, Simeon, six, Amelia, four, and Joshua. 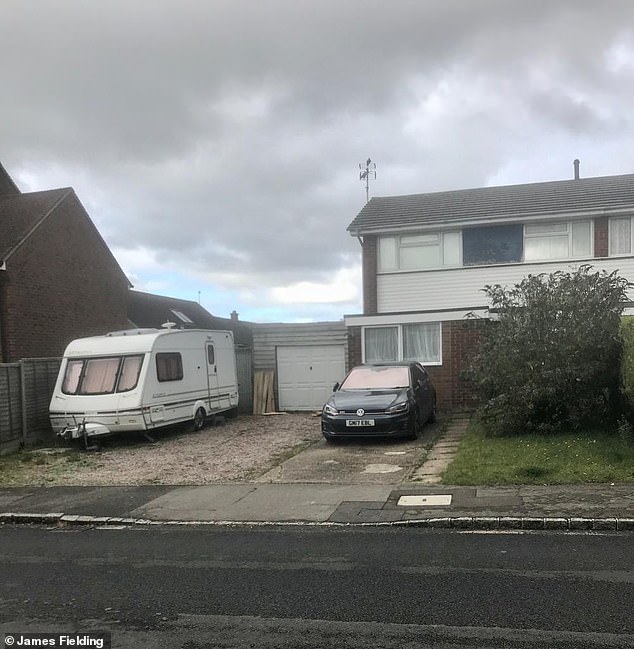 The house that the Powell family were temporarily renting after a devastating fire at their £320,000 home in Chinnor (pictured) months before the crash 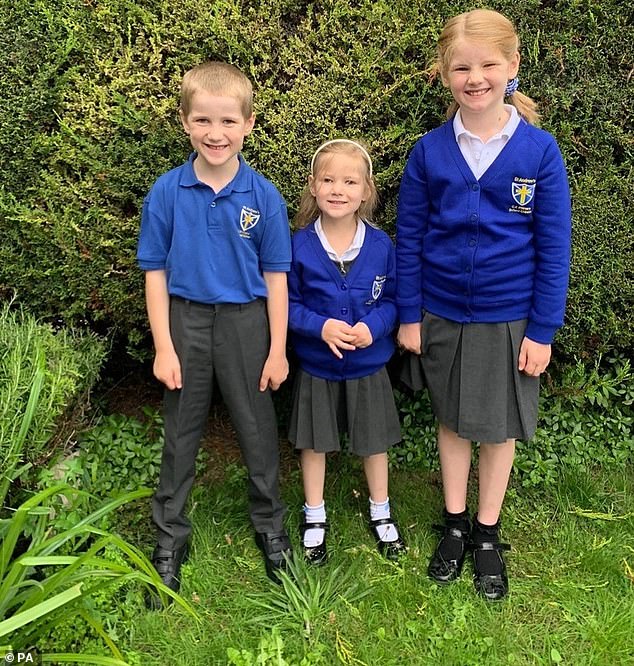 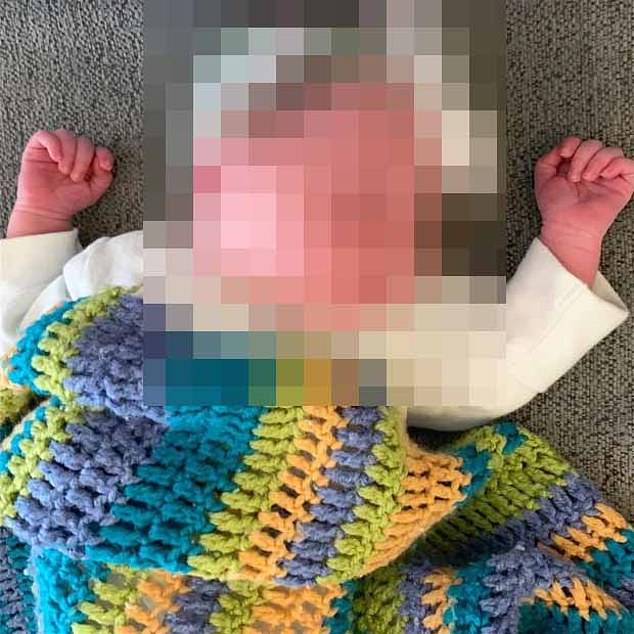 Her husband Joshua, 30, and their 18-month-old daughter were rescued from the wreckage and are recovering at John Radcliffe Hospital in the city

He said there were ‘many battles to come’ but said he wanted to ‘thank everyone who has stood by me’ and Penny.

The HGV driver, a 56-year-old man, suffered minor injuries and has co-operated fully with the investigation, officers said.

The tragedy came months after the Powell family ‘lost everything’ when they were forced into temporary accommodation following a fire at their home in Chinnor, South Oxfordshire. 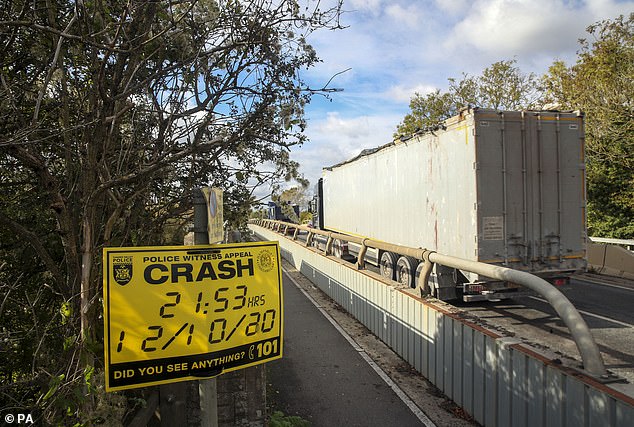 Emergency services rushed to the scene on the A40 at 9.50pm to reports of the crash, which took place near to a railway overbridge to the west of Oxford 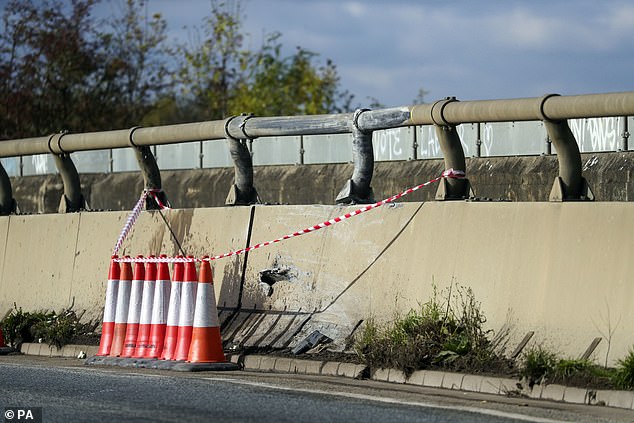 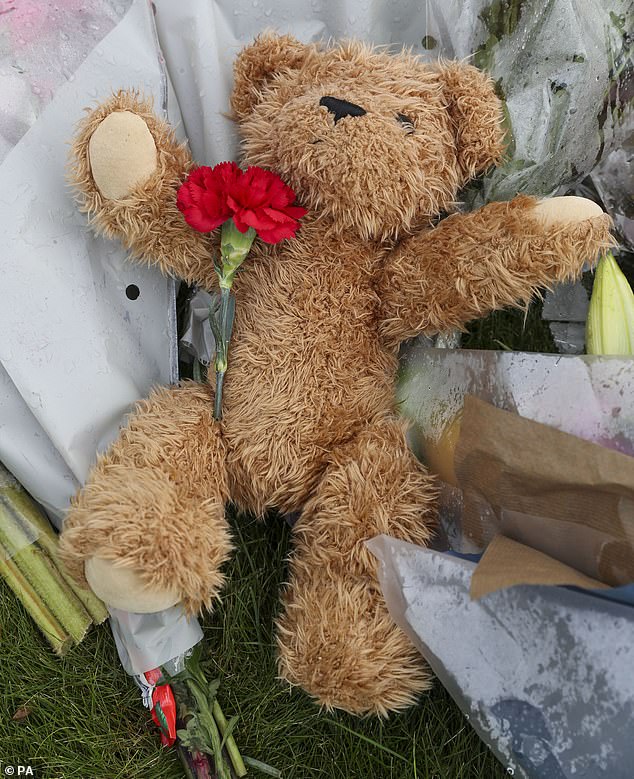 A teddy bear left among floral tributes for the family outside Chinnor Community Church, where they were regular members of the congregation 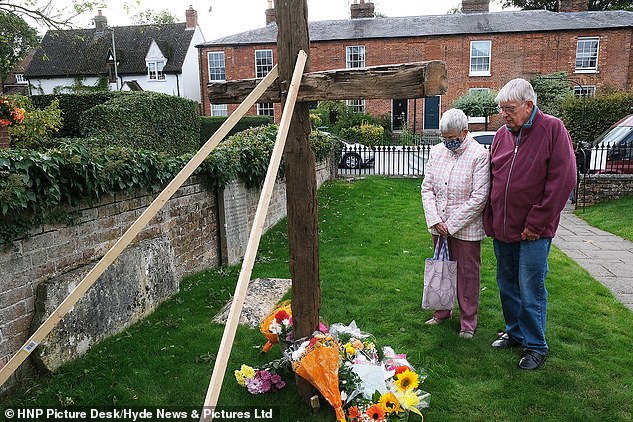 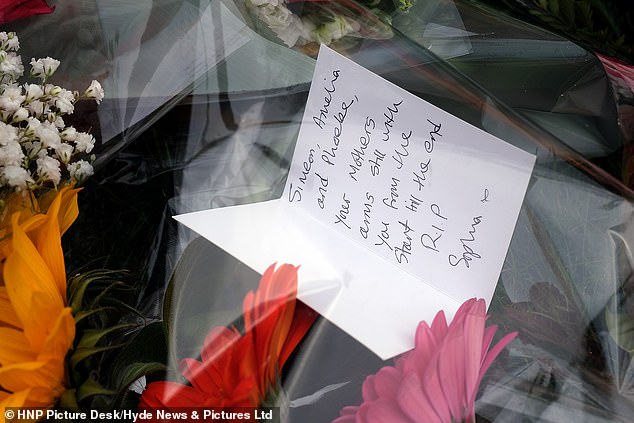 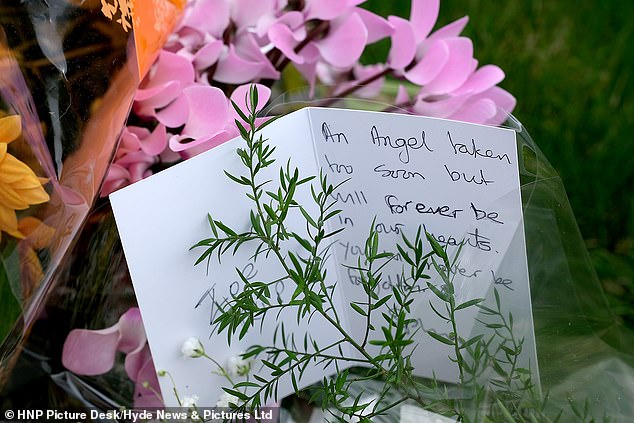 Friends today said the Powell family has suffered ‘tragedy after tragedy’ after they were forced to move away from their home in Chinnor following a devastating house fire a few months ago. Pictured: Tributes in Chinnor today

A crowdfunding page set up by a railway worker colleague of Mr Powell’s has now raised £150,000.

Anyone with dashcam footage or information about the crash is asked to contact police.

‘Before the adventure of starting a family nobody truly knows what to expect. All of life’s preconceptions and what we see in the world around us meant that life as a family man was so much better than I expected it to be.

‘I had been blessed with four wonderful children, whose thirst for life and hunger of adventure kept me busy but in the best possible way.

‘As I look to an uncertain future, I reflect on the fun that we had as a family, with feelings of sadness that it was cut so short.

‘Phoebe was my first daughter, and was the model of her mother but with a thirst to always know more. Regularly we would adventure and explore the world together. She was clever and able to make great jumps of imagination – her great creations in Lego are testament to this.

‘Simeon was just like his father, with a mischievous sense of humour and desire to know more of the world. A keen sportsman, he had been due to play in first football match this week.

‘He shared the kind heart of his sisters and wouldn’t be happier than when he knew that everyone was ok.

‘Amelia was kind and spirited. Her tenderness and thoughtfulness much more advanced than her years.

‘Her ability to dance and express herself was a true blessing, with an abundance of self-confidence. Tied down by no element of practicality she had the most vivid dreams imagination.

‘Myself and Zoe were as different as we were alike. Despite the frequent tensions this would bring, it was of immense benefit having such differing world views.

‘Our children benefited from this in having adventures but also the quiet to talk. Zoe was a dreamer; with a head spinning of new things to do or tales to tell. More than anything, we made a great partnership to raise a family.

‘I want to thank everyone who has rushed to put their arms around to us to support me and Penny.

‘As a family that have always preferred understated calm and brevity, it has been a revelation the benefit of the deep wider relationships now I’ve lost my immediate nuclear family.

‘There are many battles to come, and I thank everyone who has stood by me and Penny thus far.

‘We are well supported and know to ask if anything is needed.

‘Now we have the time to readjust and grieve, this is the challenge of the abundance of loss we feel as a family.

‘Thank you to those who have respected our space and supported us thus far, and given us the time and space to do this.’