PARENTS have been left furious after a college told off some tall girls for wearing skirts that are too short – despite them being the largest size available.

Cowes Enterprise College on the Isle of Wight said it sent warning messages to "give parents time to address the issue". 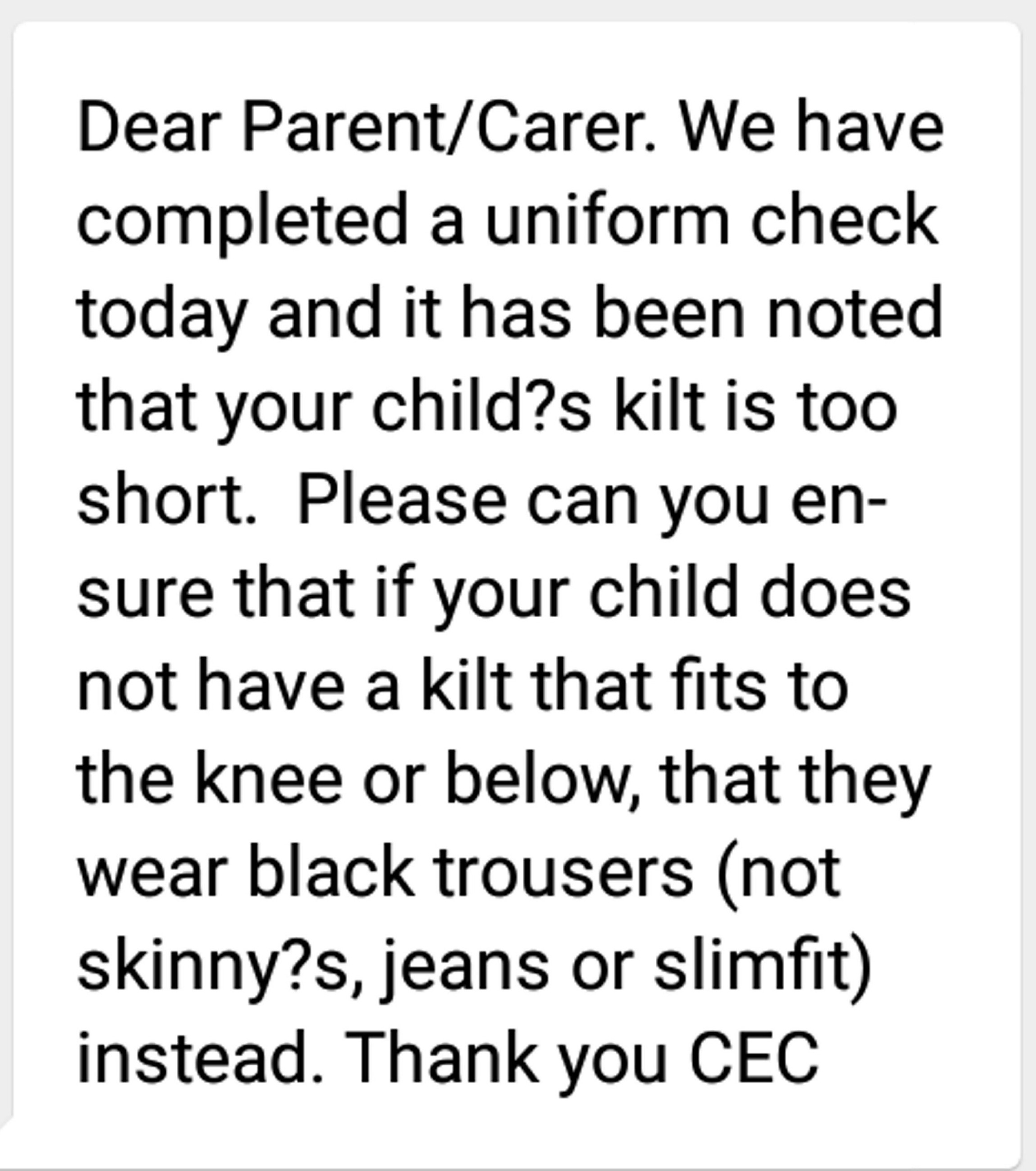 The parents of at least two students said they received texts from the school after it completed a uniform check.

But they said the skirts are the largest size available and look shorter on taller students.

The school said students should wear black trousers if their skirts are not long enough.

One parent received a message which read: "Dear Parent/Carer. We have completed a uniform check today and it has been noted that your child's kilt is too short.

"Please can you ensure that if your child does not have a kilt that fits to the knee or below, they wear black trousers (not skinny, jeans or slimfit) instead. Thank you."

The woman said: "I like the uniforms, they look smart, but the price and absolute necessity the school places on young children and parents is beyond shameful.

"I was sent a text about my daughter's skirt being too short. We have no spare money and bought her uniform on my overdraft.

"I'm disgusted that during a pandemic, at a time when everyone is skint and emotions are high, uniform is still such a high priority and worth penalising people over.

"My daughter has the largest size skirt, worn correctly. She is tall and wide, the skirt is not.

"Last year we tried trousers and she was placed in isolation because they were too tight. They aren't allowed elasticated waists either, it has to be button and zip."

Another parent said her daughter – who was given a detention – had the opposite problem, as she was of slim build and any longer skirts would "swamp her".

The girl's mum said: "She came home after the first day back with a detention due to her kilt being too short.

"They only come in one length size, and I don't think it looks too short, it's just above her knee.

"It's not fair that just because she's tall she gets in trouble for it. 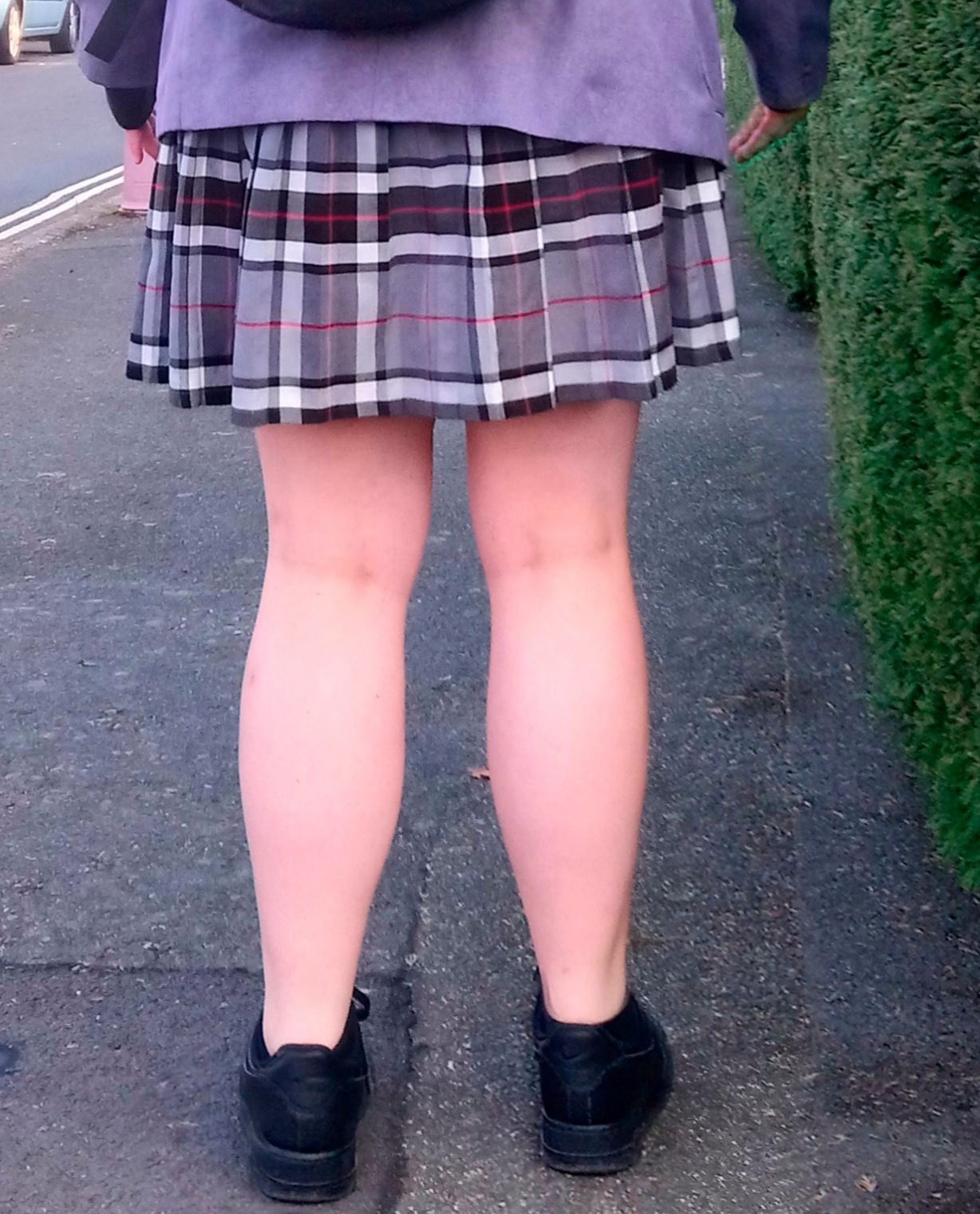 "If I got the bigger waist size it would swamp her as she's very slim, but around 5ft 8ins tall."

Cowes Enterprise College is a mixed secondary school and sixth form for children aged 11 to 19 with academy status.

A spokesperson for the academy said the uniform policy was important in "ensuring our students look smart and tidy, and have pride in both their appearance and our school."

They added: "We have not imposed any sanctions on students who do not have the right uniform, instead providing support to parents and giving them time to address any issues.

"We have also provided financial support where parents can demonstrate they are in need.

"It is only where students have been flouting the rules, such as rolling up skirts to make them shorter, where we have given detentions.

“It is not correct that the right lengths and sizes of skirt are not being sold. Girls are also allowed to wear trousers if they prefer.”