Kinder Surprise recall: Parents are warned NOT to give children Kinder eggs over Easter as 70 kids mostly under five fall ill with salmonella poisoning in UK outbreak

Kinder chocolate products linked to the salmonella outbreak should not be consumed over the Easter weekend, health officials have warned, as 70 cases are linked to this outbreak in the UK, with the majority of the cases in children under five.

It follows a UK recall of certain chocolate goods which was extended to include all of those manufactured at a factory in Belgium since June, regardless of their best-before date.

A ‘Rapid Outbreak Assessment’ released by the European Food Safety Authority and the European Centre for Disease Prevention and Control said it had matched the same salmonella strain currently infecting people to samples taken from the Arlon site last December. 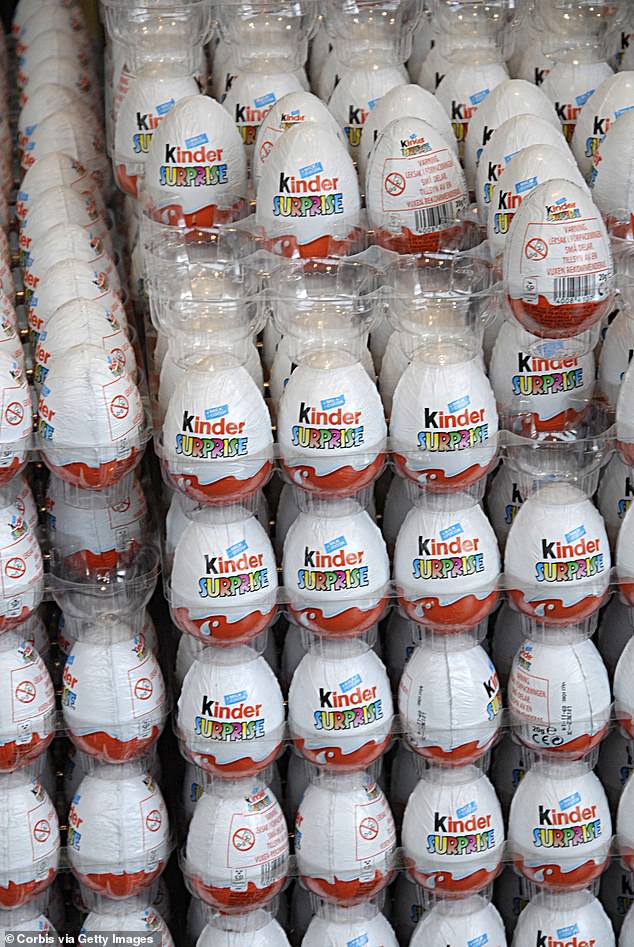 Kinder chocolate products linked to the salmonella outbreak should not be consumed over the Easter weekend, health officials have warned

Dame Jenny Harries, chief executive of the UKHSA, said: ‘We’re reminding people of the recall this Bank Holiday weekend as it’s possible these products have been bought and stored as gifts, or for events such as Easter trails.

‘It’s crucial these products are not eaten and are discarded. Salmonella infection can be severe and many children affected in this outbreak have been very unwell and hospitalised, so anyone giving chocolate products to friends or family should take extra care to ensure their Easter gifts are not amongst those products recalled.’ 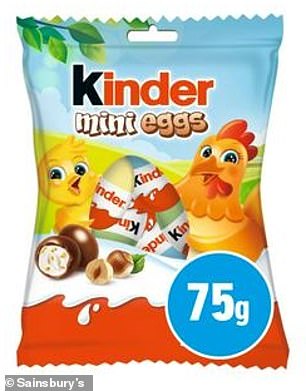 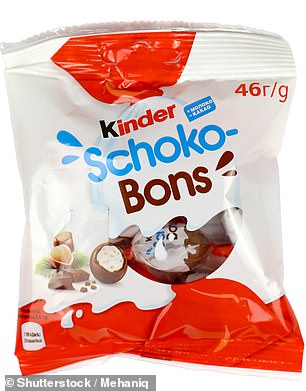 Emily Miles, chief executive of the FSA, added: ‘As we go into the Easter weekend, we are strongly urging consumers to follow the advice in the latest recall notice and to check any Kinder products they might have already bought against the list detailed in the notice, as they may pose a risk to health.

‘If they do have any products on the list, they should not eat them and should discard them immediately.’

According to the notice on the FSA website last week, Ferrero has suspended all operations at its Arlon plant to aid the ongoing investigation.

It will only start up again once authorities are satisfied that the food manufactured there is safe. 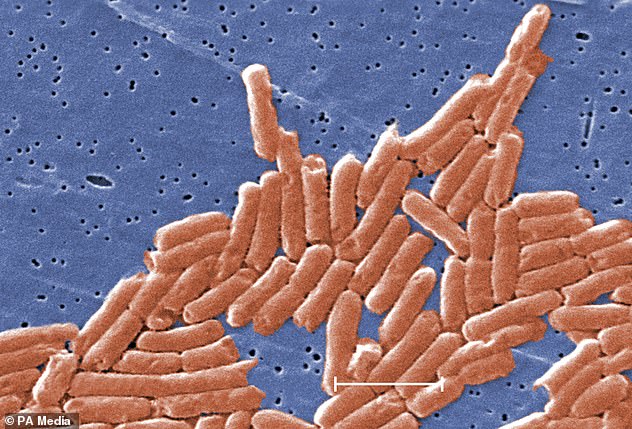 Symptoms of salmonella can include diarrhoea, stomach cramps, nausea, vomiting and fever 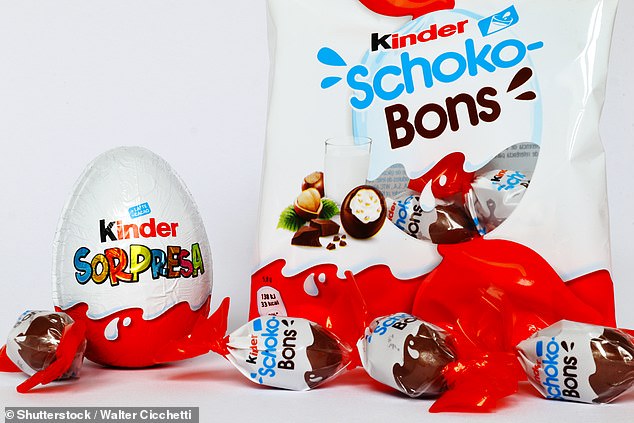 A UK recall of certain chocolate goods which was extended to include all of those manufactured at a factory in Belgium since June, regardless of their best-before date

What Kinder products are being recalled?

The online statement added: ‘The FSA and Food Standards Scotland (FSS) are concerned about delays in Ferrero’s sharing of information during the investigation, which has contributed to time gaps in the recall process and a number of separate recalls having to be undertaken.

‘However, the FSA and FSS welcome Ferrero’s decision to extend its precautionary recall and its commitment to supporting the continuing investigation into the root cause of this outbreak.’

While most cases resolve in a few days, symptoms can be severe and lead to hospital admission, especially in the very young and those with weakened immune systems.

Anyone with concerns that they might have salmonellosis is urged to contact their GP or call NHS 111.

Earlier this month a Kinder Surprise recall over salmonella fears had been extended to Kinder Egg Hunt kits and Kinder Mini Eggs, after 63 – mostly young children – have been fallen ill in a UK outbreak.

The FSA had advised consumers not to eat the Kinder Surprise with certain best before dates after investigators found a link between the popular children’s treat and reported cases of salmonella poisoning across the UK.

It said that the following products have been recalled and regardless of best-before date, should not be eaten.

Salmonella: A bacteria that can cause diarrhoea, stomach cramps and fever

Salmonella are a group of bacteria that infect the gut.

They live in animal and human intestines and are shed through faeces.

Humans become infected most frequently through contaminated water or food. Contamination is possible if raw and cooked foods are stored together.

Symptoms of salmonella infections include diarrhoea, stomach cramps and sometimes vomiting and fever.

On average, it takes from 12 to 72 hours for the symptoms to develop after swallowing an infectious dose of salmonella.

They usually last for four to seven days and most people recover without treatment.

But if you become seriously ill, you may need hospital care because the dehydration caused by the illness can be life-threatening.