An Oregon man’s desperate search for his 13-year-old son and ailing mother-in-law amid a raging wildfire turned into a tale of unimaginable horror and heartbreak.

Chris Tofte had gone off to borrow a trailer from a friend last week so he and his family could evacuate their home just east of Lyon as the Beachie Creek Fire bore down, the Statesman Journal reported.

By the time Tofte started heading back home in the wee hours Tuesday, the inferno had already descended on the area around the family’s house.

Frantic, the dad blew past a roadblock and raced toward the center of the blaze — soon coming upon a lump of singed flesh in the middle of the road.

It was a badly burned woman.

Tofte helped her into his car while explaining he had to hurry on to find his spouse and son.

“I am your wife,” the woman whispered, sending Tofte reeling, horrified that he hadn’t been able to recognize her. 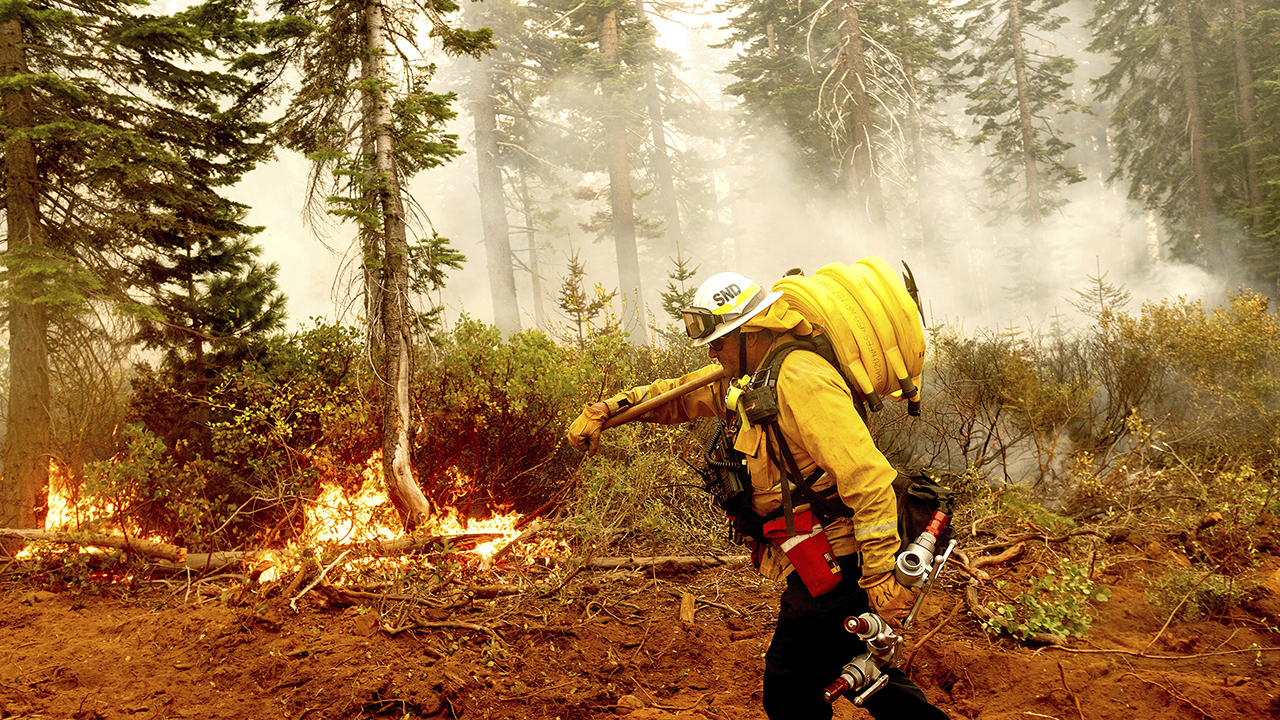 Tofte’s wife, Angela Mosso, is now hospitalized in critical condition with severe burns on her feet, back and arms.

While heavily sedated, Mosso urged Tofte before he left her at the hospital on Tuesday to search for their son, Wyatt.

“Don’t come back till you find him,” she said.

Mosso had instructed their son to make a run for it with the family dog, Duke, a 200-pound bull mastiff mix, as the flames neared their house.

Mosso had planned to stay back to help her mother, Peggy, 71, who had recently broken her leg.

When Tofte found his wife in the road, she was alone and shoeless, with all her clothes burned off except her underwear, nearly three miles from their house.

Her bare feet were blackened. She had either walked without shoes through the fire or they had melted off her.

Mosso had left her mother behind because she knew she wouldn’t be able to survive and get help if she stayed, according to the Statesman Journal.

But Tofte learned from local sheriff’s deputies on Wednesday that both his son and mother-in-law were dead — among at least 10 people who have died so far in the wildfires raging across the state. Dozens more people are missing.

Wyatt’s body was found in the driver’s seat of a vehicle at the house — with the family’s dead dog lying over him.

It was not known why he had returned to the home, but Mosso’s brother has said the boy was clearly trying to save his grandmother — whose body was found in the car, too.

The story was pieced together from interviews with Tofte and a friend speaking for the family, the Statesman Journal said.