Children have ‘gone backwards’ as a result of nursery and school closures during the coronavirus lockdown, the chief inspector of Ofsted has said.

Amanda Spielman has said young people have missed out on personal development and physical fitness as well as education amid the pandemic.

Speaking at the School and Academies Show, Ms Spielman warned that the lockdown had done ‘a lot worse’ to many children than simply putting their lives on hold.

Her comments came after a series of reports from the watchdog found that some youngsters have lapsed back into nappies and forgotten how to eat with a knife and fork, while older children now lack ‘stamina’ in reading and writing. 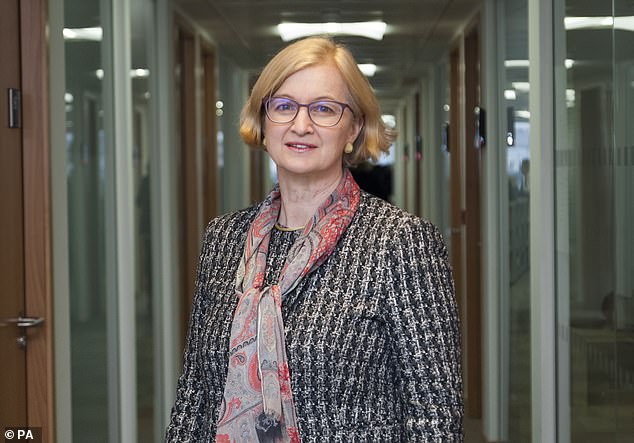 Amanda Spielman, chief inspector at Ofsted, has said young people have missed out on personal development and physical fitness as well as education amid the pandemic (stock photo)

Ms Spielman said the watchdog’s work highlighted ‘how much children lose’ when they are out of school.

She said: ‘Obviously first and foremost it is around the education that they are missing, but so much also around the personal development and their physical fitness which of course flows through into mental health, but physical health matters as well.’

In normal times, school staff are able to spot the vulnerable children who need support and refer them to wider services, the Ofsted boss said.

Ms Spielman added: ‘What is coming out of our work, and we have reported on in briefings last week, is how many children have actually gone backwards without the steady reinforcement that all those structures and systems around children provide.

‘Where we might have thought that lockdown in a way was putting children’s lives on hold, we can now see that it has done a lot worse than that for many children.’ 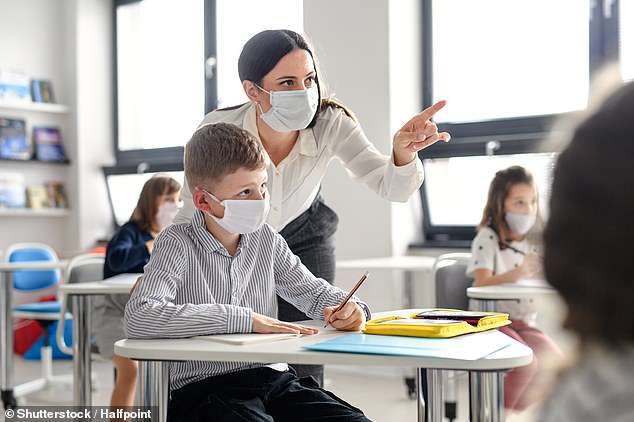 In normal times, school staff are able to spot the vulnerable children who need support and refer them to wider services, the Ofsted boss said (stock photo)

She said: ‘We’re also seeing – I think hearing very widely from parents across the board – that teenagers often lack motivation and where they are not motivated that’s a really tough one for parents. And that’s something that we’re definitely seeing across the socioeconomic spectrum.’

Ms Spielman added that there has been a ‘considerable degree of variability’ in what schools have been able to provide, which has left some children at certain schools with limited opportunities regardless of their background.

Ofsted is planning to restart its full inspection programme in January 2021 after inspections were suspended, but the final decision on when they will resume is down to ministers.

But Ms Spielman said the watchdog would not be seeking to ‘find fault’ with schools over how they’ve handled their approach to the pandemic.

Nearly two thirds of secondary schools in England had at least one pupil self-isolating at home due to potential contact with coronavirus last week, Government figures show.

Pupil attendance in secondary schools has dropped from 87 per cent a week earlier to 83 per cent on November 12, according to the Department for Education (DfE) statistics.

Overall, approximately 6 per cent to 8 per cent of state school pupils did not attend school for coronavirus-related reasons on Thursday last week, the analysis shows.

Around 29 per cent of schools reported they had one or more pupils self-isolating who had been asked to do so due to potential contact with a Covid-19 case at school, up from 16 per cent the week before.

Overall, pupil attendance dropped from 89 per cent a week earlier to 86 per cent on November 12.

‘We are not going to be retrospectively judging people back on what they did last summer, for example,’ she added.

Speaking at the same event, Education Secretary Gavin Williamson said it was ‘important’ for inspections to resume at the ‘right time and in the right way’.

He will make an announcement on inspections in the next few weeks.

Mr Williamson said: ‘When we first closed schools to all but a few children back in March, it was clear that we could not continue to put schools under the added pressure of an Ofsted inspection, but as we move on into 2021, we must start planning for a time when they can restart.’

He added: ‘I fully intend Ofsted to continue to play its vital role as we work through the pandemic, but in a way that ensures any inspection results are fair, particularly in terms of comparisons that are made between schools over time.

‘We are continuing to look very carefully at this and are considering with Ofsted and the sector what can be achieved safely and sensitively.’

‘The last thing that is needed at the moment is inspectors going from school to school distracting staff from that vital work, and we know parents do not want to see that either.

‘What we need from the Government is a clear message that routine Ofsted inspections will be suspended for the remainder of the academic year. Vague statements about a potential return next year are unhelpful and unnecessary.’