EXCLUSIVE: Oberlin College is facing fresh criticism for continuing to give a platform to a so-called “professor of peace,” Mohammad Jafar Mahallati, who as Iranian ambassador to the United Nations urged the elimination of the Jewish state.

A Fox News Digital investigation can reveal for the first time that Mahallati, a professor of Islamic Studies at the liberal arts college in Ohio, declared to the U.N. in 1988: “The adoption, by the General Assembly in 1947, of resolution 181 (II) on the partition of the land of Palestine and the establishment of the Zionist entity was itself in violation of provisions of the United Nations Charter, as well as of the rules of international law.”

Mahallati’s letters and speeches, reviewed by Fox News, covered the 1980s, particularly while he served as the Islamic Republic’s envoy to the United Nations from 1987 to 1989. Mahallati denied the right of Israel to exist as a state, according to human rights and anti-Semitism experts.

At the U.N. in 1989, Mahallati defended the first Palestinian intifada — a series of violent protests and riots against the Jewish state — as “the heroic uprising of Palestinians.” 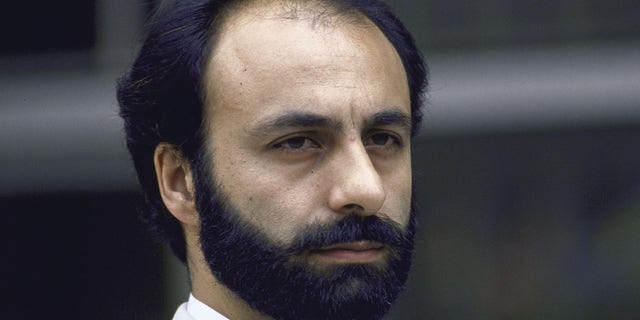 Iranian Ambassador to the U.N. Mohammad Mahallati speaking after a meeting with U.N. officials concerning implimentation of the Security Council resolution to end the Iran-Iraq war.
(Bill Foley/Time & Life Picture)

Palestinians are setting an example for Arabs and Muslims across the world with respect to the “holy struggle against oppression and Zionism,” Mahallati said at the U.N., also in 1989.

In his speeches, the academic appears to reference the entirety of Israel as Palestinian territory.

WHITE HOUSE DECLINES TO SAY WHETHER ISRAEL IS AN ‘IMPORTANT’ ALLY

“Palestine is an Islamic territory, an Islamic heritage, and it remains an Islamic point of identity. The land of Palestine is the platform of the ascension of the Prophet Mohammad; its significance is that it contains the first kiblah direction−towards which Muslims prayed. Its occupation by Zionist usurpers is a transgression against all Muslims of the world and its liberation is therefore a great religious obligation and commitment,” Mahallati said at the U.N. that same year.

While Mahallati would later claim, in an October 2020 letter obtained by Fox News, “[I] dedicated my life to research, teaching and writing about peace and friendship,” the U.N. document trail shows an ambassador who criticized opponents of the Islamic Republic and the Jewish state, and defended his country’s treatment of the peaceful Baha’i community amid accusations that the group was being persecuted.

Iran’s regime has executed members of the Baha’i community for merely practicing their faith, and the U.S. and U.N. have both documented severe persecution of the Baha’i by the clerical regime in Tehran.

Mahallati said in 1983, according to the U.N.: “The problem was not religious but political; the Baha’i community conducted immoral activities under the cover of religion.”

“The Iranian regime engages in what I call an ‘obsessive anti-Semitism,’ and Iran’s former ambassador to the UN is no exception,” Ellie Cohanim, the U.S. State Department’s former deputy special envoy to monitor and combat anti-Semitism, told Fox News. “The fact that Oberlin College would hire such a person, never mind give him tenure, is a stain on an institution that is meant to educate young Americans.”

Cohanim, who fled the Islamic Republic as a young child due to widespread regime-sponsored anti-Semitism, added that Mahallati’s “1989 statements at the UN glorify terrorism and what he calls ‘martyrdom,’ he denies the Jewish people the right to live in any part of their ancient homeland, and he attempts to revise history by calling Israel an “Islamic land,” knowing very well that Judaism predated the rise of Islam by thousands of years and that Israel is the birthplace of the Jews.

“This man is no ‘Professor of Peace.’ He is in fact a professor of propaganda and Oberlin College holds a responsibility to fully investigate Mahallati’s anti-Semitic statements and his knowledge of the 1988 Massacre in Iran,” Cohanim said.

Mahallati has also faced questions from critics about what he knew about the 1988 executions of political prisoners. He has denied knowledge of or responsibility for the killings.

“Mahallati has not yet accounted for his role in the cover-up of the 1988 mass extrajudicial killings of political prisoners in Iran, with estimates of 5,000-10,000 Iranians murdered by the regime,” Cohanim said.

Mariam Memarsadeghi, a leading proponent of a democratic Iran and co-founder of Tavaana: E-Learning Institute for Iranian Civil Society, told Fox News: “Oberlin College is reputed to be an elite American institution of progressive learning. But what is progressive about having on staff a tenured professor − of ‘peace’ no less − who calls Israelis ‘savages’ and justifies the terrorist acts of Palestinian armed groups?”

She added that “Mahallati did this when he represented the Islamic Republic at the UN in the 1980s, when the regime funded Palestinians as proxy forces against the State of Israel and massacred thousands of political prisoners at home. The people of Iran risk their lives to protest against the Islamic Republic’s sponsorship of terror groups in the Middle East. But Mr. Mahallati is on the record defending this evil. Why is he legitimized with an academic post in the US?”

When asked about the criticism of his statements, Mahallati wrote back: “Greetings! I am on sabbatical leave for the spring of 2021. I will respond back whenever I can.”

Mahallati wrote in the October letter, a copy of which was obtained by Fox News: “I categorically deny any knowledge and therefore responsibility regarding mass executions in Iran when I was serving at the United Nations. I was in New York the entire summer of 1988, focusing on peacemaking between Iran and Iraq, and did not receive any briefing regarding executions. There was not a single communication from Tehran to Iran’s UN embassy informing Iranian diplomats of those incidents.”

Oberlin College spokesman Scott Wargo told Fox News that “Professor Mahallati is a tenured professor and has been a teacher at Oberlin since 2007. We received the letter today expressing concerns about his statements during a meeting with United Nations representatives more than 30 years ago. We are in touch with Professor Mahallati to gather additional information.”

The letter refers to an October public missive from Iranians, many of whom had family members murdered in the brutal prisons of the Islamic Republic, urging Oberlin to open an inquiry into Mahallati’s role in defending the rulers of Iran’s theocratic state.

When asked whether Oberlin College had indeed gathered information from Mahallati, Wargo said, “The college doesn’t have anything to add to its previous statement.”

Corey Barnes, who graduated from Oberlin College in 1998 and is the chairman of its Religion Department, told Fox News: “Thank you for the email. I would direct you to Professor Mahallati’s two responses to the allegations and have nothing to add.”

Lawdan Bazargan, an Iranian-American whose then 29-year-old brother Bijan Bazargan was murdered by the regime in the 1988 massacre for refusing to answer questions about his beliefs on Islam and politics, told Fox News: “Mahallati used his time as the ambassador of the United Nations to lie, distort the truth, and deny the Islamic Republic of Iran’s atrocities.”

She added that “What makes the families of the victims the most upset is that he is teaching in higher education, pretending to be a peace scholar. A man who was working for a brutal Islamic regime, helping them conceal crimes and lying to the world as a diplomat, now teaches ethics and morality. This hypocrisy is too much to bear and is frankly, unacceptable.”

Lawdan Bazargan urged Mahallati to “face us, the families of the victims” and engage “in a dialogue where we can question him about his involvement.

“If he doesn’t have anything to hide, why doesn’t he agree to participate in such a discourse?” she asked.

Marjan Keypour Greenblatt, an Iranian in exile in the U.S. who is the founder and director of the Alliance for Rights of All Minorities, told Fox News: “Mahallati has not only been allegedly involved in a cover-up of a bloody massacre, but he has evidently failed to persistently and unconditionally condemn human rights violations in Iran. The refusal to condemn cruelty to other human beings is a disqualifier for any academic role, particularly a professor of ethics and religion.”

Rabbi Abraham Cooper, the associate dean of the Los Angeles-based Simon Wiesenthal Center, a human rights group that monitors Jew hatred, told Fox News: “Mahallati recalls the days of the Soviet Union, where concepts were weaponized to serve the regime’s goals. Selecting a man who defended the murder of Iranian citizens and support for the ‘liberation of Palestine’ from the ‘Zionist regime’ to be the college’s Professor of ‘Peace’ is a perversion of basic academic responsibilities. Students are ‘learning’ from a man who publicly covered his regime’s horrific human rights abuses and promoted the movement that sought to destroy the Jewish state.

“Students should sue the college to get their tuition back. And there is one other question. How is this man allowed to stay in the US?” Cooper asked.

Benjamin Weinthal reports on human rights in the Middle East and is a fellow at the Foundation for Defense of Democracies. Follow him on Twitter @BenWeinthal