London: An intensive care nurse who stood at the side of British Prime Minister Boris Johnson when he was hospitalised with COVID-19 has resigned, citing lack of government support for health care workers.

Jenny McGee, a New Zealander who has worked as an intensive care nurse in Britain for 11 years, said: “We’re not getting the respect and now pay that we deserve. I’m just sick of it. So I’ve handed in my resignation.” 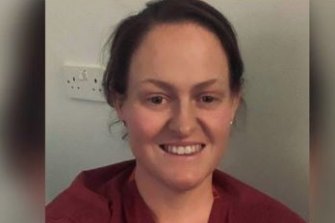 Johnson, one of the first world leaders diagnosed with COVID-19, spent three days in a London intensive care unit in April 2020. After he recovered, he singled out two nurses who stayed at his bedside for 48 hours, “when things could have gone either way”. They were Luis Pitarma, from Portugal, and McGee, from Invercargill in New Zealand.

“The reason, in the end, my body did start to get enough oxygen, was because for every second of the night they were watching, and they were thinking and they were caring, and making the interventions I needed,” Johnson said.

He extended his thanks to the country’s National Health Service, saying Britain would beat the pandemic, “because our NHS is the beating heart of this country”.

But many health care workers say Johnson’s government has failed to demonstrate that appreciation with concrete support for the NHS.

In a new documentary for Channel 4, The Year Britain Stopped, McGee described the scene at St Thomas’ hospital when the Prime Minister arrived. “All around him there was lots and lots of sick patients, some of whom were dying. I remember seeing him and thinking he looked very, very unwell. He was a different colour really,” she said.

McGee also told the program that she declined to take part in a final “clap for carers” photo opportunity at Downing Street.

“I wanted to stay out of it. Lots of nurses felt that the government hadn’t led very effectively, the indecisiveness, so many mixed messages,” she said.

Nurses, their unions and much of the British public – who, in the early weeks of the pandemic, spent weeks clapping and banging pots for health care workers – are upset by what they say is an insulting offer by Johnson’s government for a one per cent pay raise.

The government has said nurses are getting a “modest” pay increase in a difficult financial environment. An opinion poll for the Observer newspaper found 72 per cent of the public said nurses should be given more.

A recent survey by the YouGov and the IPPR think tank found about a quarter of NHS workers – or 100,000 nurses in England – said they are “more likely” to leave the sector than a year ago due to concerns over pay, understaffing and exhaustion from the pandemic.

McGee said in the documentary that the situation leading up to Christmas, when the government was criticised for not imposing restrictions sooner, led to hospital staff being stretched desperately thin.

“Yes, we have put ourselves on the line and we have worked so incredibly hard, and there’s a lot of talk about how we’re all heroes and all that sort of stuff,” she said.

She said she is relocating to work as a nurse in the Caribbean.