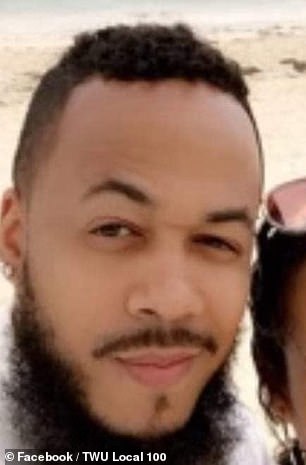 A New York City subway train driver is being hailed a hero after he managed to save 9 passengers from blaze that ignited inside one of the trains cars, before losing his own life.

‘Our conductor acted heroically to move passengers to the platform out of danger, and deserves our deepest thanks and support for his bravery,’ TWU Local 100 President Tony Utano said in a statement.

‘We are investigating it as a criminal matter,’ Deputy Chief Brian McGee said, adding that no arrests have been made.

Fires were reported at three other stations nearby at the same time, police said.

The fire ended up killing the driver who was helping passengers to safety.

His death came the day day after two of his fellow New York City Transit employees fell victim to the coronavirus.

‘As all of you know, this has already been a devastating week for New York City Transit,’ said Sarah Feinberg, interim president of the agency that runs the city’s buses and subways. ‘And this is another horrific moment for our family.’

‘Our hearts and prayer are with our family, with our workforce and with the family and loved ones of our family member who passed away.’ 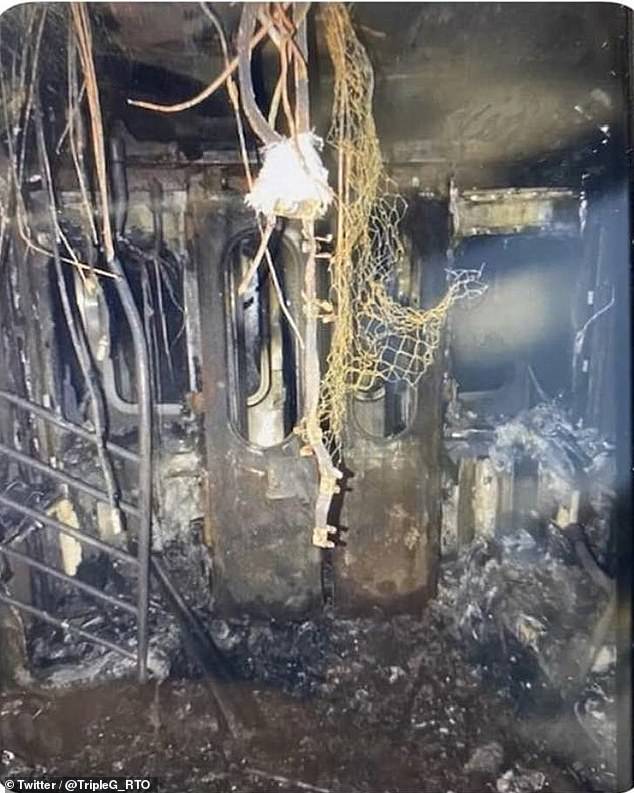 The subway train had just pulled into the 110th Street station in Harlem, near Central Park at around 3am on Friday morning when a transit worker saw smoke and fire in one of the cars.

Clouds of dark smoke billowed out of subway grates on the street outside the station.

‘As it reached 110th Street here, an employee that was on the train reported to the motorman that there was heavy smoke and fire coming from the second car — that would be the second car in the front of the train,’ he said.

‘The train stopped and many people got off because there was a large, large fire on that train.’ 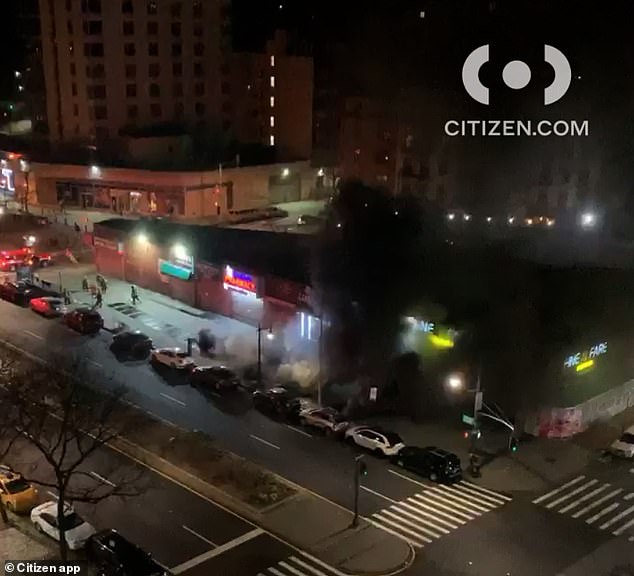 The fire ended up killing the driver who was helping passengers to safety. Pictures, smoke billowing out onto the street 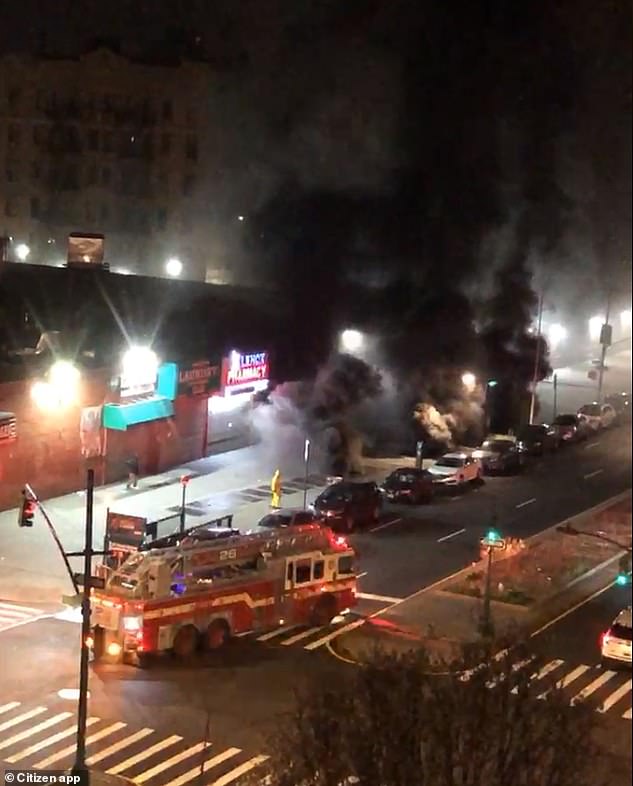 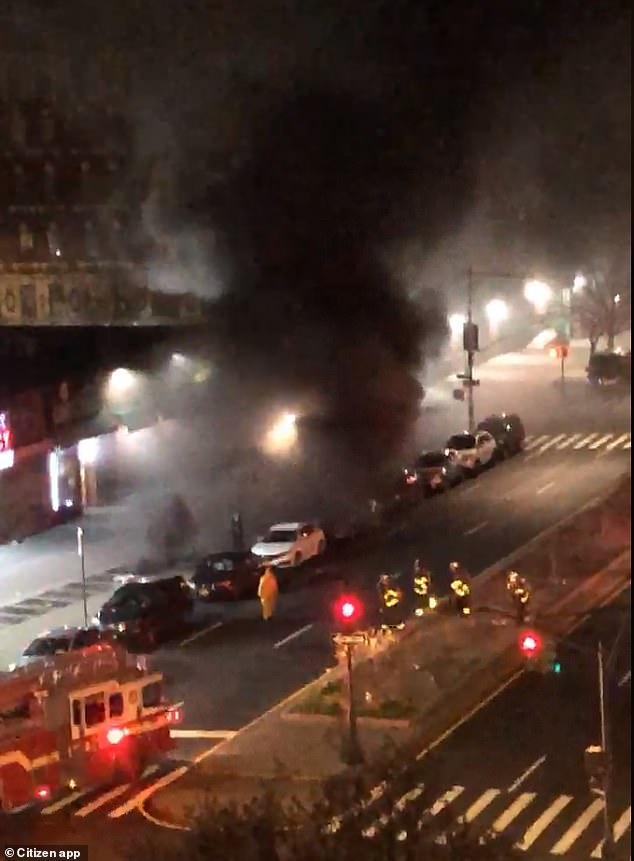 The driver and another transit employee successfully evacuated passengers from the train, Feinberg said. The driver’s body was found on the tracks.

He was taken to Mount Sinai Hospital where he was pronounced dead, police said. His name was not immediately released.

Fires were also reported at around the same time at three nearby stations – 86th Street, 96th Street and 116th Street, McGee said.

‘The most important thing that I need is for witnesses to come forward,’ he said, urging New Yorkers to call a police tip line. 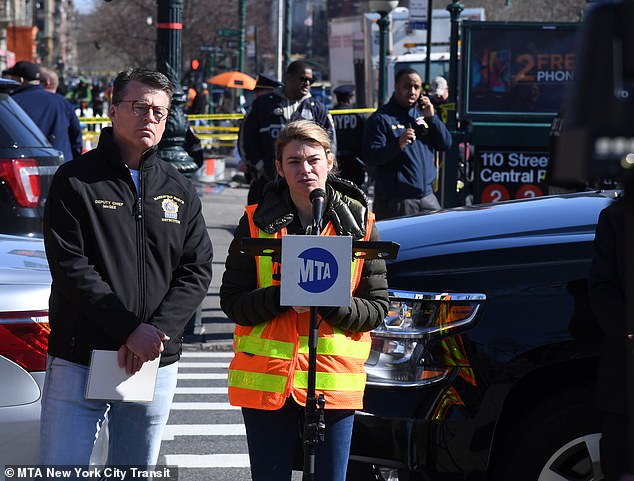 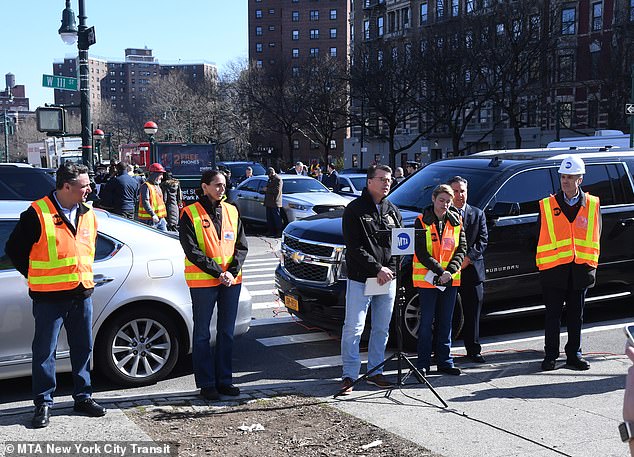 ‘We have the best detectives in the world investigating this but what I really need you to do is to get that message out there that we need people to call that tips hotline to give some sort of solace to the family of the deceased,’ McGee added.

Nine other people were injured, a lower number than some earlier reports had indicated, Feinberg said. ‘Early numbers are wrong and we´ll have to see how it plays out,’ she said.

The crew managed to evacuate the passengers from the train and another train that was directly behind it. They were ushered out through a tunnel and emergency exit.

Five firefighters were also hurt during the blaze. 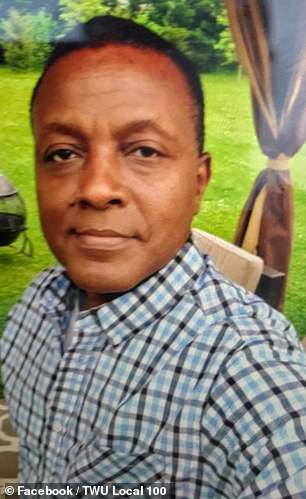 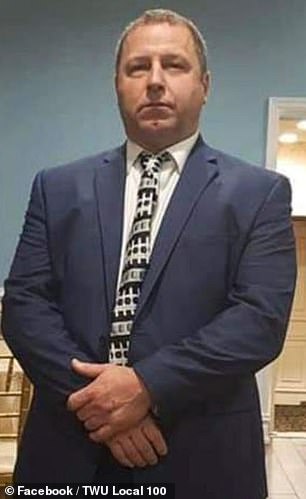 In his statement, Utano said: ‘This is a terrible tragedy for this young Train Operator, his family, and for the entire transit workforce. A young man serving the public during a national crisis was killed at just 36 years of age.

‘For this to happen, after we lost two of our union brothers to the Coronavirus, is hard to comprehend. … This incident once again points out many life-threatening dangers that await transit workers across the city when they go to their jobs every day, 24 hours a day. This is a sad day for our entire City. We’re devastated.

‘These may be the darkest days that TWU Local 100 has gone through. We’ve been through some tough times together. We’ve had more than our share of tragedies. This is different. We can’t grieve together. We can’t mourn together, at least not physically, as we have done in the past,’ Utano said. 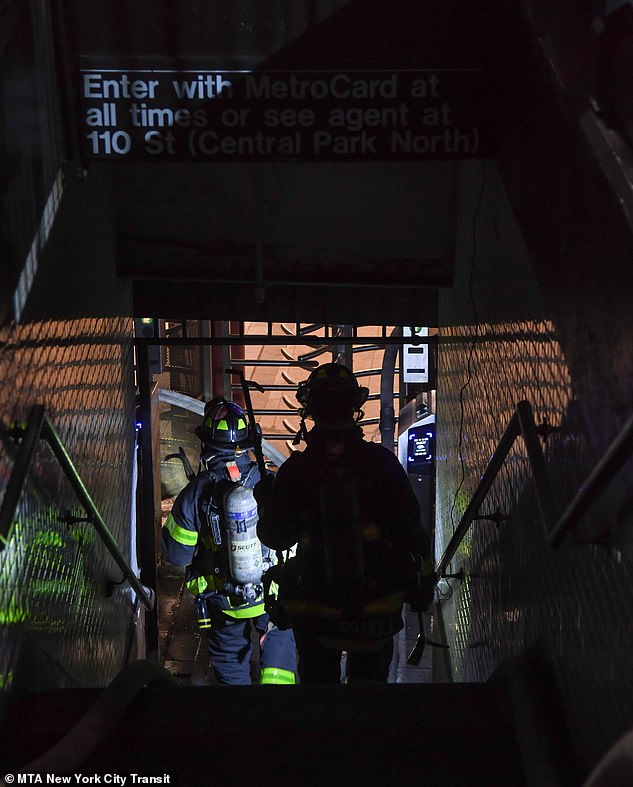 Fire fighters rushed to the scene in the middle of the night. Five fire firefighters were injured

‘But we remain a family. We are united by our history and our public service. We are members of TWU Local 100 – that mighty, mighty union. Call each other. Console each other. Help each other any way that you can. We can weather any storm. Stay strong.’

‘The train operator was my age and had about the same number of years on the job. It’s a nightmare. My deepest condolences to his family and friends during this extremely sad time. The train conductor is a real hero. Safely evacuating people from the burning train— he did an incredible job and deserves our honor and praise.’