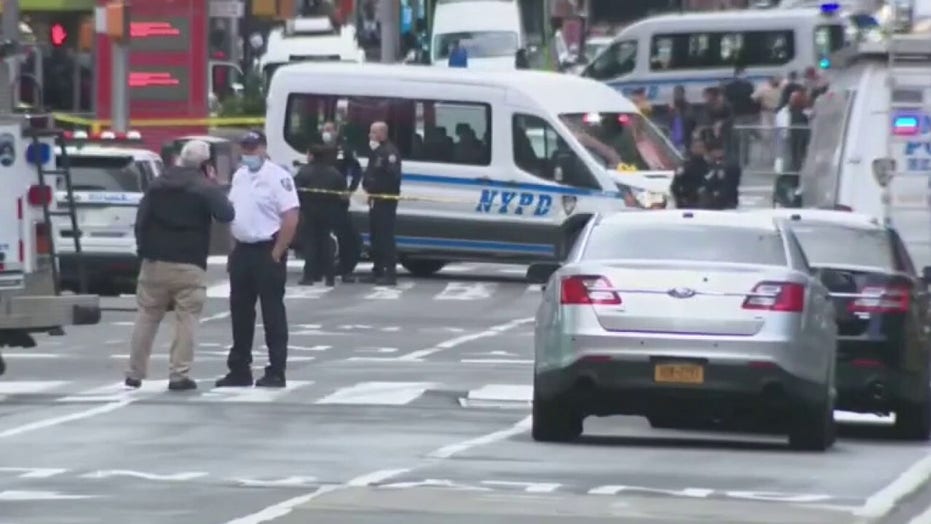 How does law enforcement confront crime surge amid push to ‘defund police’?

A statue of Jesus was smashed and an American flag burned outside a Catholic church in Brooklyn — in what cops are calling a possible hate crime.

The incident occurred around 10 p.m. Thursday when an unknown person hopped the fence at St. Athanasius Church on Bay Parkway at 61st Street in Bensonhurst, police said.

The vandal pushed over a statue of Jesus’s crucifixion, breaking it into pieces, and torched an American flag hanging outside the rectory, according to cops.

The church’s pastor, Msgr. David Cassato, noticed the act of vandalism around 8 a.m. Friday and reported it to the NYPD, the Diocese of Brooklyn said in a statement.

The NYPD’s Hate Crime Task Force is looking into the incident.

“This was truly an act of hatred, and today is the saddest day of my twenty years here at this parish,” Cassato said in the diocese release.

The crucifix was installed in 2010 to honor the memory of Cassato’s mother, the statement said.

“I went over and spoke to the students in the school about what happened, telling them that hate never wins,” Cassato said. “We are, and must be, a community that continues to share the message of Easter, that which is of love, hope, and forgiveness.”

This story first appeared in the New York Post.