NURSES in scrubs and masks joined Amazon workers to protest against the lack of coronavirus protection for frontline employees as part of a retail giant mega-strike. 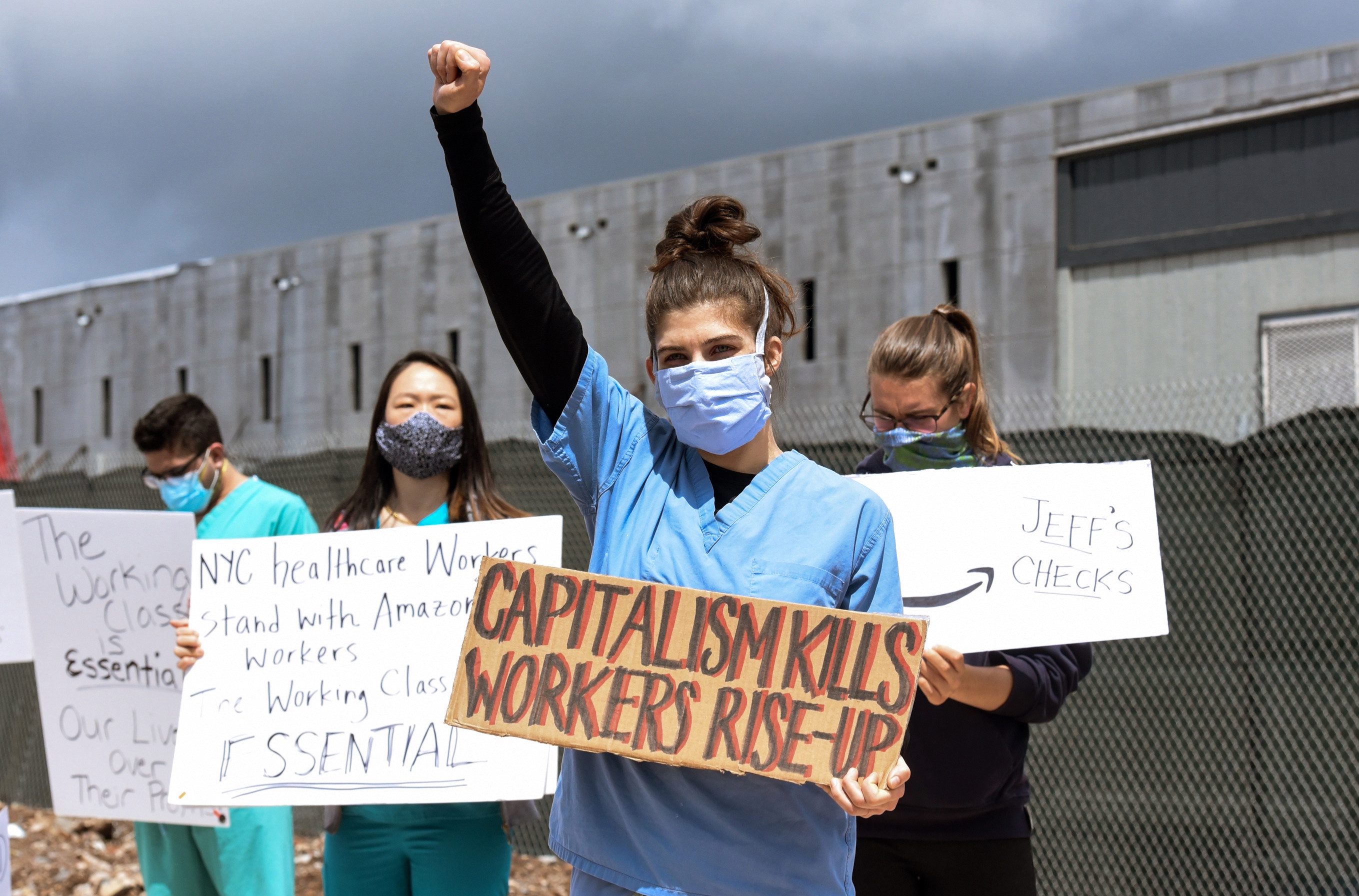 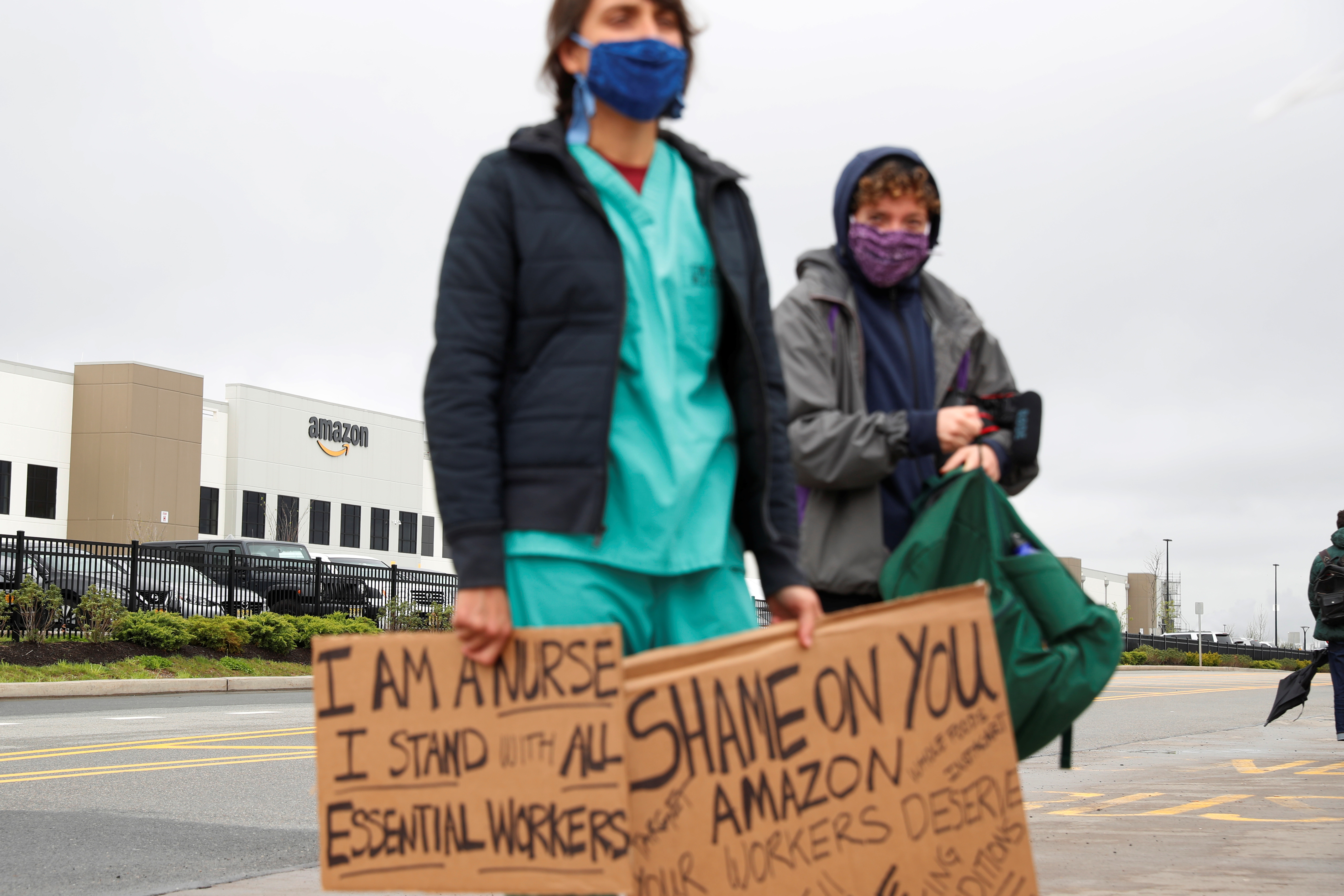 New York healthcare workers stood alongside activists at Amazon's fulfillment center on Staten Island with signs saying: "Shame on you" and "Treat Your Workers Like Your Customers" on Friday.

One nurse in green scrubs held a placard saying: "I am a nurse. I stand with all essential workers."

Hundreds of employees from major retail giants either walked off the job or called out sick on what is International Workers' Day in cities across the US on May 1.

Demonstrations were planned in New York, Washington, Los Angeles and other cities as frontline workers raged against their respective employers.

They are also calling for cleaning supplies, unpaid time off work, hazard pay, and sick leave, claiming the flawed policies of their employers had resulted in some of their colleagues getting infected. 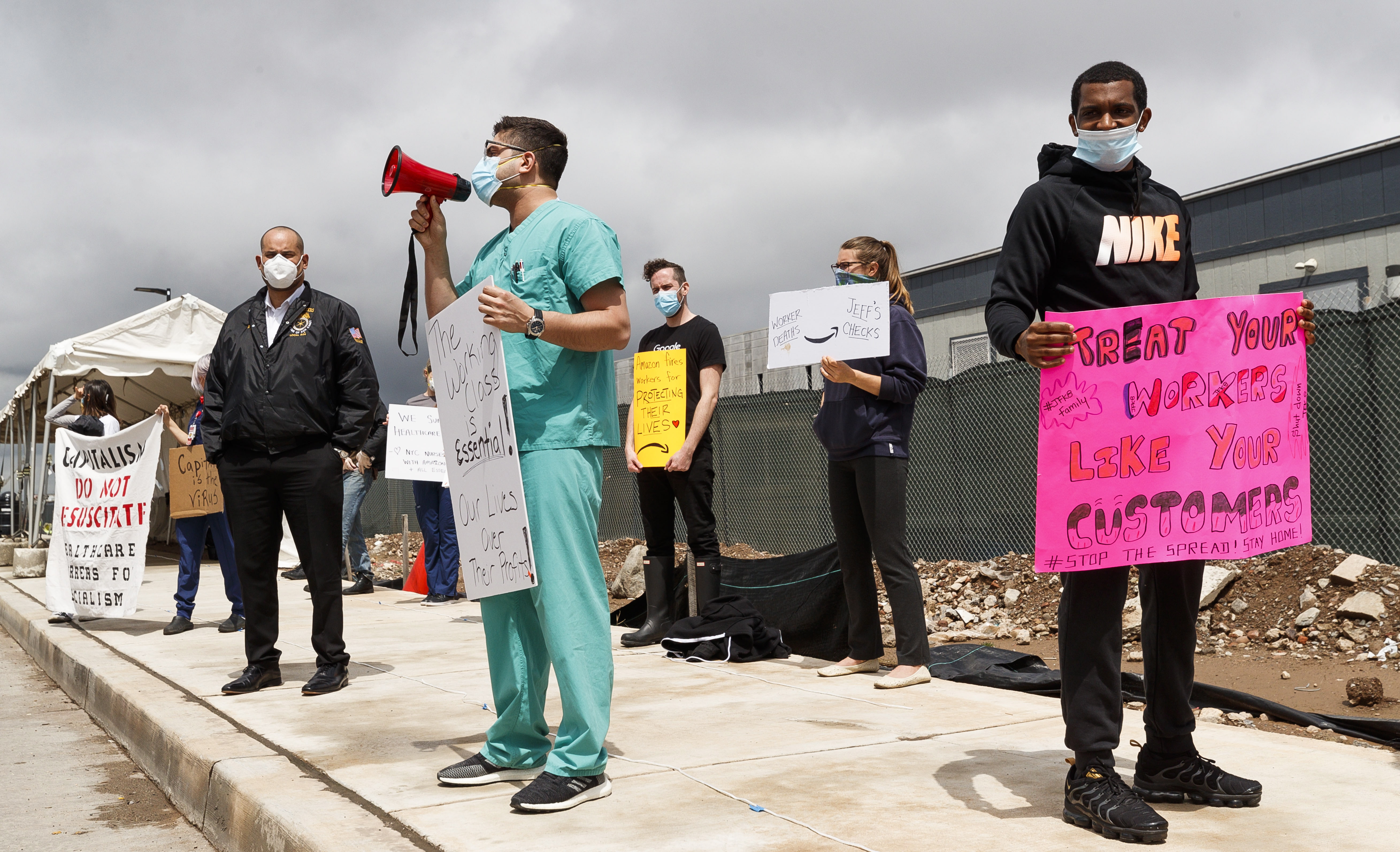 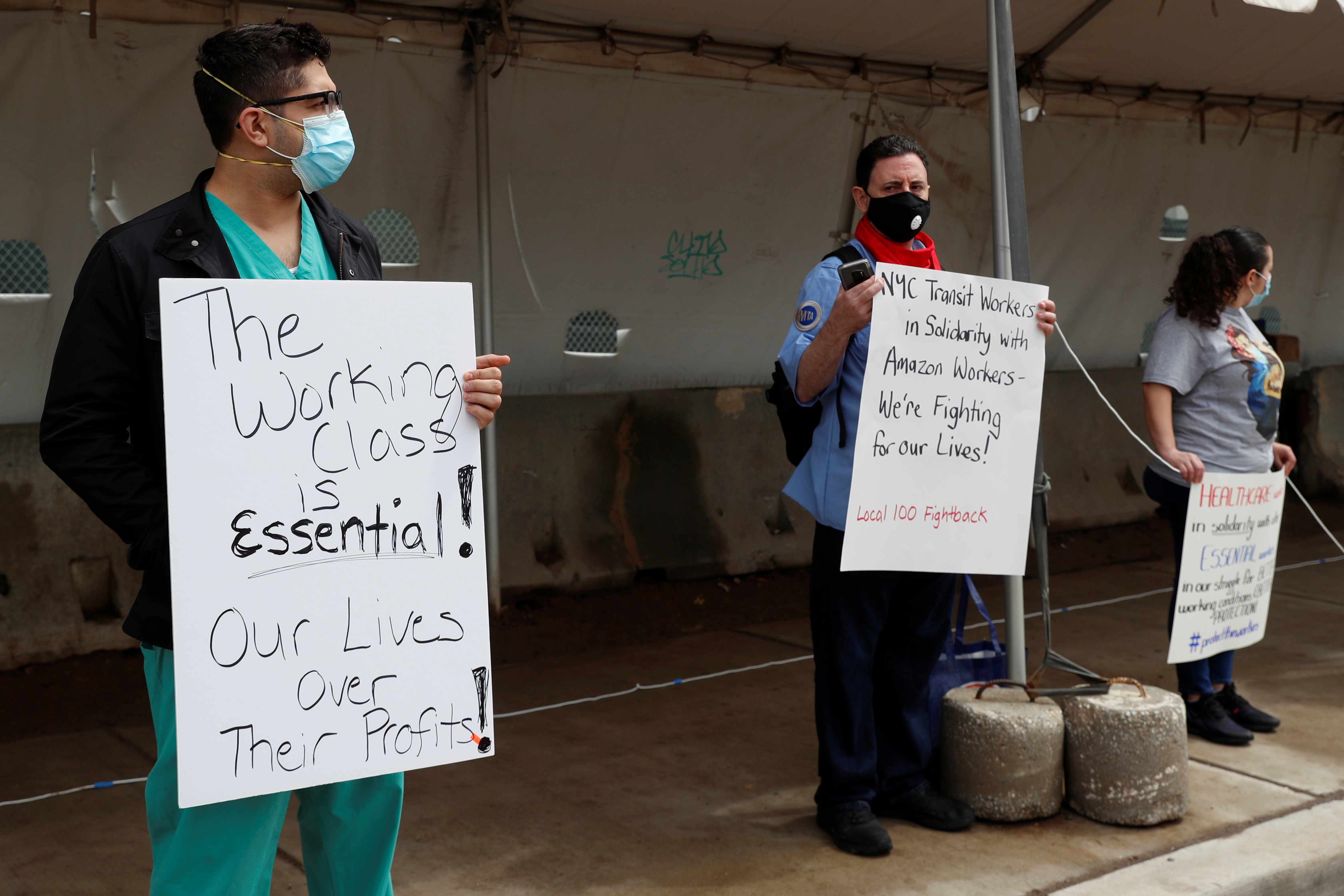 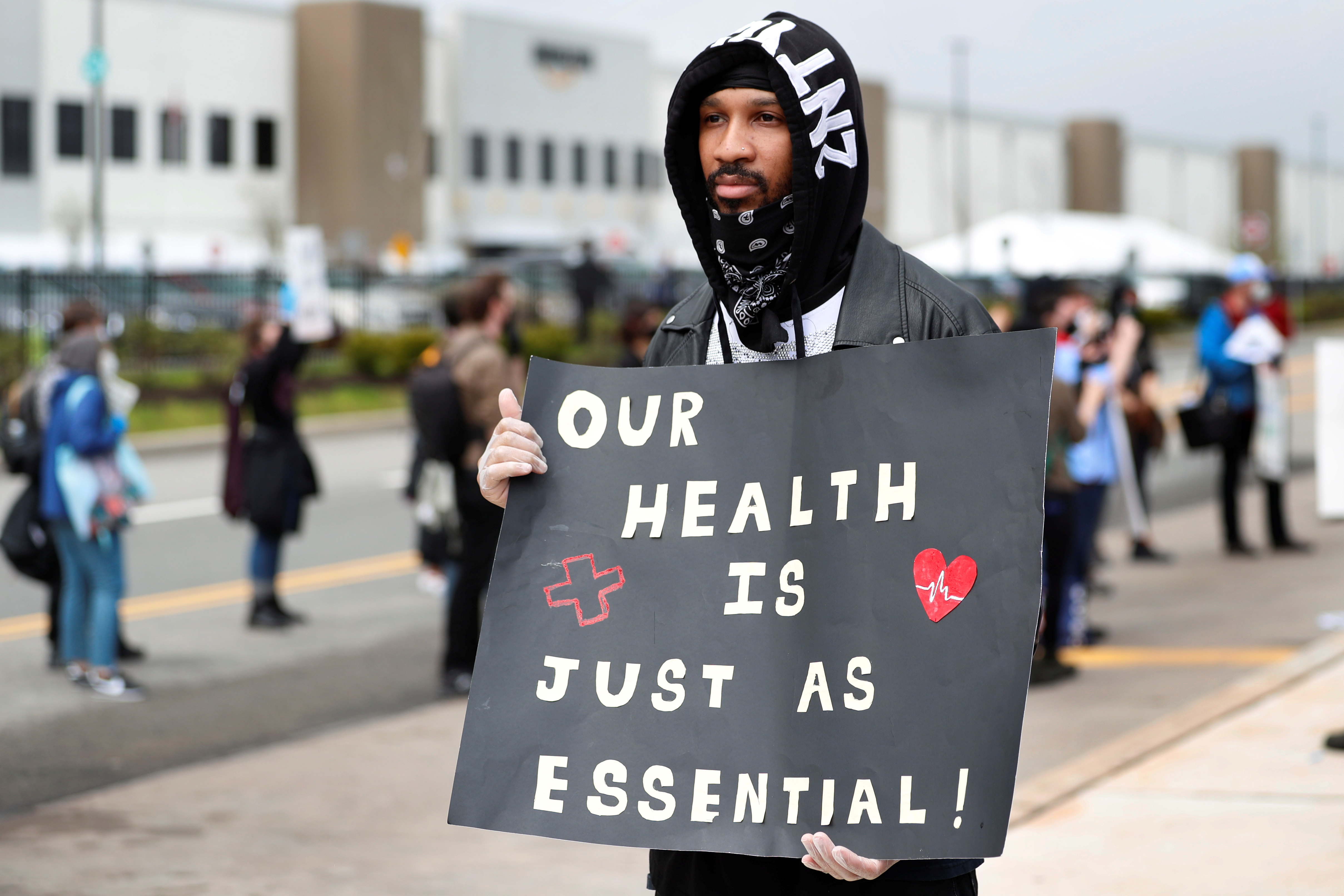 Kali Akuno, co-founder and co-director of Cooperation Jackson, told Democracy Now! that the organization is first and foremost, trying to defend people all throughout this country."

"We’re going to be out in force today. I think there will be many millions of people consciously and deliberately acting today."

Akuno added: "And I think it’s the start of a critical movement that we’re going to need in this country for some time to come, because after the crisis ends on the pandemic side, we know the economic dimension of it is still going to keep waging on."

Cooperation Jackson, Akuno said, has "been encouraging folks, number one, if you’re home, to strike in place, to not work today. Don’t get on anymore Zoom calls or Jitsi calls or anything of that nature."

"Just take the day off. Get involved with the people," Akuno added.