A New York driver was ticketed Wednesday evening when police say an officer realized he didn’t have a passenger with him while driving in the carpool lane on the Long Island Expressway.

Justin Kunis, 20, allegedly attached a white theater mask to the passenger-side headrest in an effort to make it appear someone was sitting there, FOX 5 in New York reported.

Drivers in many states can pay hefty fines for driving solo in HOV lanes. Kunis’ fee wasn’t reported but they generally run well over $100 in New York.

He was pulled over by a Suffolk County police officer, the station reported. 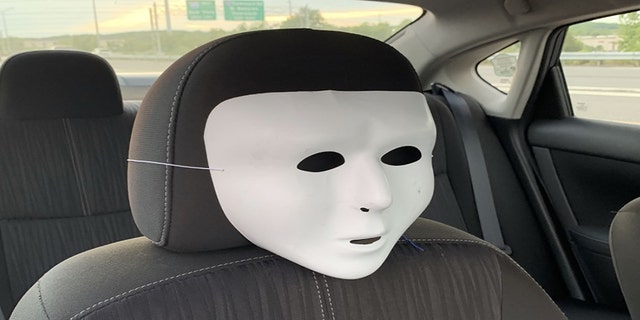 In February, a California driver who allegedly went all out with a realistic-looking dummy was also ticketed.

The dummy wore a plaid shirt, Cleveland Indians baseball cap and a facemask, according to the East Bay Times.

“The driver didn’t say much,” California Highway Patrol Officer Rodrigo Jimenez said. “Other than that he’s been driving with the mannequin and he’d been getting away with it for a year and a half.” The driver had been pulled over by Officer S. Sullinger, The Times reported.