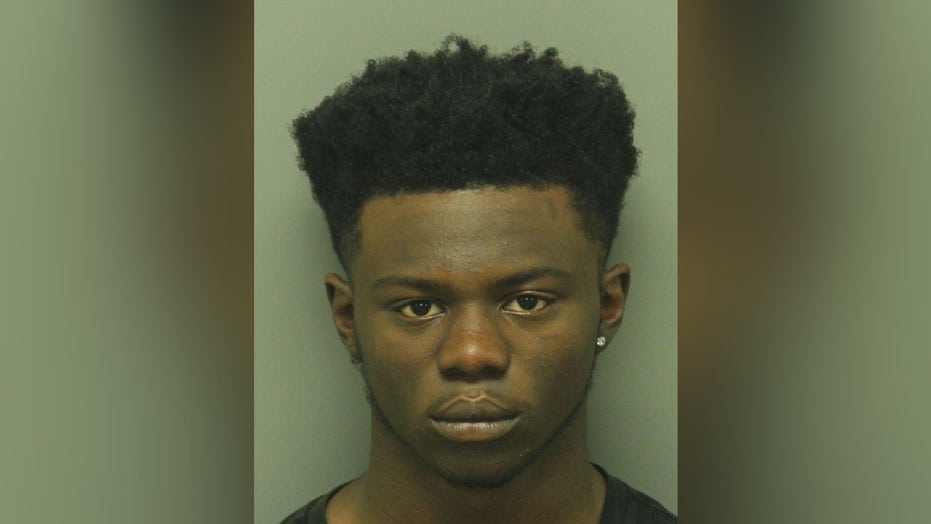 A man from North Carolina – who federal prosecutors deemed a “domestic terrorist” – was sentenced Monday to 30 months in prison for attempting to set fire to a marked police vehicle during demonstrations last summer that erupted in the state capital of Raleigh in reaction to the viral bystander video showing George Floyd pinned beneath Minneapolis officer Derek Chauvin’s knee.

Jabari Devon Davis, of Raleigh, was arrested by special agents of the Bureau of Alcohol, Tobacco, Firearms & Explosives (ATF) on June 4, 2020. He was charged and convicted of one count of attempting to damage or destroy by fire a vehicle owned or possessed by an institution receiving federal financial assistance, G. Norman Acker III, acting U.S. attorney for the Eastern District of North Carolina, said in a statement Monday following Davis’ sentencing by U.S. District Judge James C. Dever III.

On May 31, 2020, at approximately 12:31 a.m. a fire was discovered coming from the “fuel filler area” of a police vehicle owned by the Raleigh Police Department (RPD) that was parked at the Raleigh Police Southeast District Station (RPSDS), according to court documents.

The fire was discovered and extinguished by an RPD captain who was driving through the parking lot prior to the fire department’s arrival. Investigators seized “a charred sock located within the fuel filler of the damaged vehicle, a bottle with the odor of gasoline was located on the sidewalk, behind the damaged vehicle, and another charred sock located between the vehicle and the sidewalk,” prosecutors said. The fire caused approximately $5,000 in damage to the police vehicle. 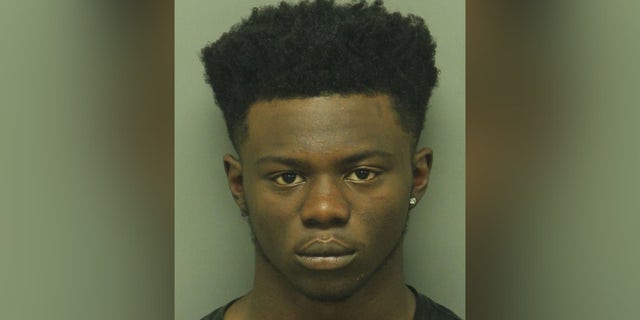 This mugshot shows Jabari Devon Davis following a 2016 trespassing arrest. He was arrested again in June 2020 for allegedly attempting to set fire to a Raleigh police SUV during George Floyd demonstrations.
(WRAL)

On June 2, 2020, investigators were notified that a fingerprint was lifted from the seized bottle recovered at the scene and determined the fingerprint belonged to Davis, according to court documents. Law enforcement interviewed Davis at his residence the next day when he allegedly “admitted to being the subject who intentionally set the police vehicle at the Southeast District on fire.”

Davis stated that after leaving a demonstration in the city, he and his friend traveled to the RPSDS, where “he retrieved the bottle of gasoline and poured a small amount of gasoline on a sock and put another sock in to the mouth of the bottle,” according to court documents. Davis placed the gasoline-soaked sock in the fuel filler of the police vehicle and set it on fire.

But as he ran back toward his friend’s vehicle, Davis set the bottle with the sock on fire and threw it toward several parked police vehicles. When he threw it, the burning sock fell out, catching the grass and straw on fire, prosecutors said.

The case was investigated by the Raleigh Police Department and the Bureau of Alcohol, Tobacco, Firearms and Explosives (ATF) and prosecuted by Assistant U.S. Attorney Daniel W. Smith. Though Davis faced a maximum potential penalty of 20 years in prison and a maximum fine of $250,000, the judge only sentenced him to 30 months behind bars, WNCN reported.

Meanwhile, jury selection continues in Minneapolis this week in Chauvin’s trial. He is charged with second-degree murder, third-degree murder and manslaughter in connection Floyd’s death in custody. Viral bystander video showed Chauvin with his knee pinned to the neck of Floyd, who called out for his mother, explaining that he couldn’t breathe.

Minneapolis and Hennepin County officials have invested at least $1 million to fortify the courthouse and police stations in anticipation of repeated protests and rioting seen last summer in response to Floyd’s death that sparked a nationwide reckoning on race.