Mystery surrounds death of a talented teenage musician, 17, whose body was found near an Instagram-favourite cliff spot loved by thrill-seekers

A teen musician and skateboarder who drowned near a popular cliff-jumping spot is being remembered as ‘a thoughtful and kind-hearted’ boy.

Quinn Story, 17, died ‘in a drowning accident at Mt Martha’, at the Pillars, a well-known clifftop on the Mornington Peninsula. 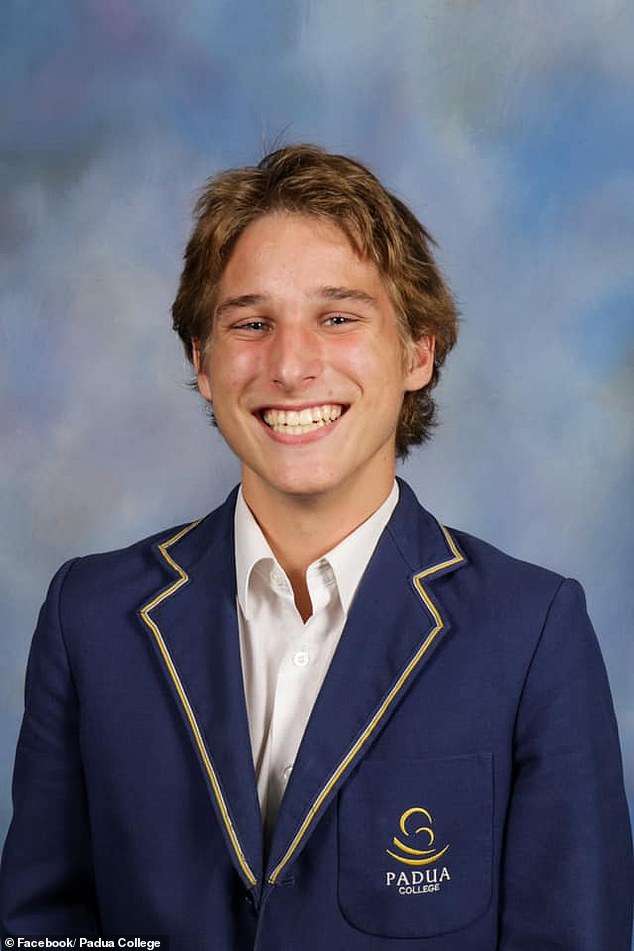 Quinn Story, 17, died ‘in a drowning accident at Mt Martha’, at the Pillars, a well-known clifftop on the Mornington Peninsula according to his school, Padua College 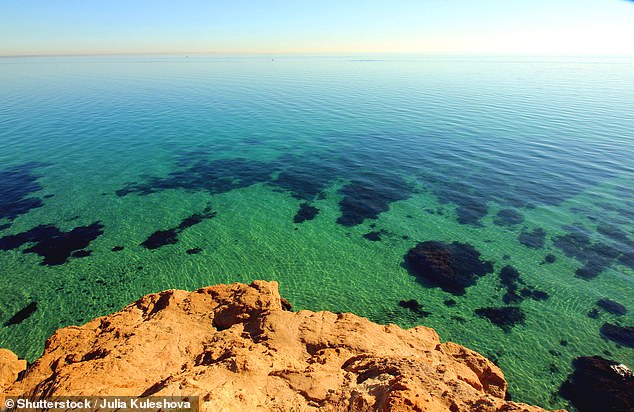 Australians were flocking to the Pillars, a hidden clifftop spot on the Mornington Peninsula near Melbourne last Summer. It is the last place 17 year-old Quinn Story was seen before his death from a ‘tragic accident’

Sargeant Patten said Mr Story had not been seen for 24 hours prior to his body being discovered at the Pillars at 10am on Saturday morning, the Herald Sun reported.

The circumstances of Mr Story’s death are still being investigated.

The Pillars is regarded an ‘Instagrammable’ spot for local thrill-seekers drawn to the spectacular-looking location and some locals have tried to have visitors banned from it in recent years.

Mt Martha Life Saving Club officials had spoken out in recent years against people jumping from the cliffs because of the risks involved.

‘Quinn was a talented musician and a creative songwriter and improviser, who loved drama and skateboarding,’ Mr Banks wrote.

‘He was a thoughtful and kind-hearted person.’

He was also a valued member of the Djeembana House community.

‘Eternal rest grant unto Quinn, O Lord, and may perpetual light shine upon him,’ the Christian principal wrote. 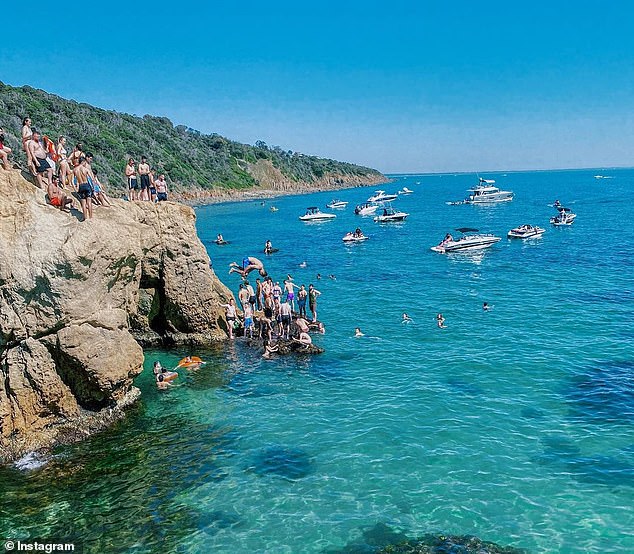 Locals and tourists flocked to the Pillars, at Mount Martha, many jumping into the waters at the spectacular location

The post received thousands of reactions, including from friends of the Story family.

‘Monique, Andy, Tripp, Hunter and Syd, you are all in my thoughts,’ another mother said.

‘I will remember Quinn as the little energiser bunny that never stopped and always made time to make me laugh.’

‘Only fond memories of an incredible gift to make everyone around him laugh.’