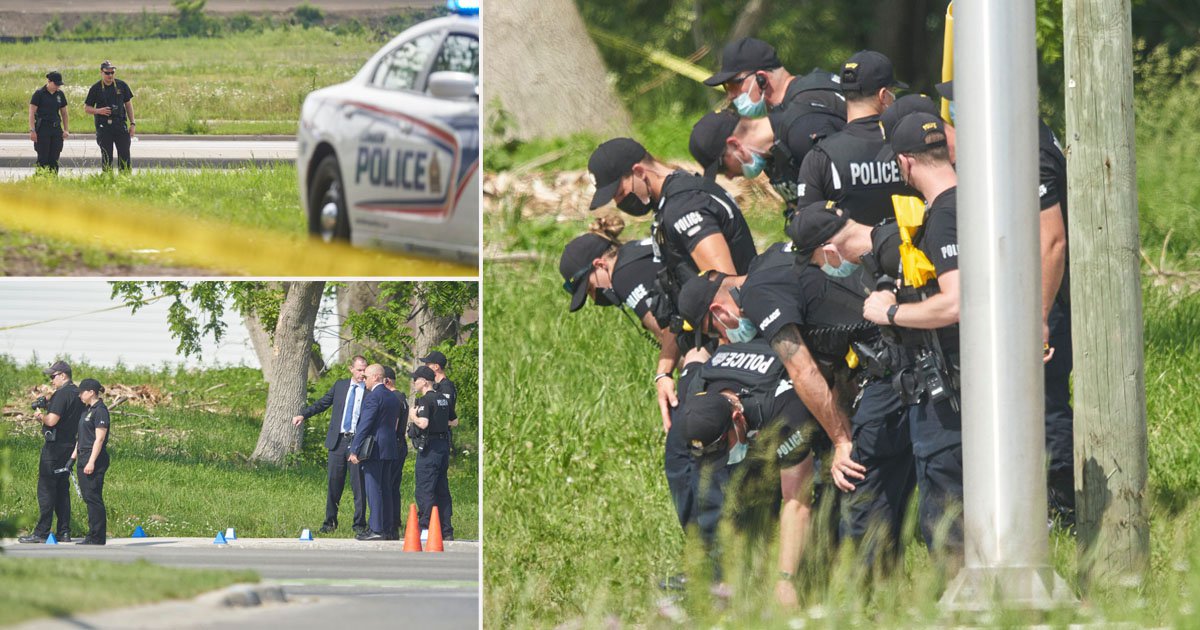 Four members of the same family were struck and killed by a truck in what police believe was a deliberate attack because of their Muslim faith.

The family were standing together waiting to cross at an intersection in London, Canada, when they were hit yesterday, with four of them dying from their injuries.

The only survivor was a boy, nine, who is being treated for serious but not life-threatening injuries.

‘There is evidence that this was a planned, pre-meditated act, motivated by hate,’ London Detective Superintendent Paul Waight told reporters.

‘It is believed that these victims were targeted because they were Muslim.’

The suspect, 20, allegedly deliberately drove a black pick-up truck onto the pavement and into the family, who were strangers to him.

Nathaniel Veltman, from London in Ontario, was arrested later yesterday afternoon and charged with four counts of first degree murder, and one count of attempted murder.

‘We grieve for the family, three generations of whom are now deceased,’ London’s Mayor Ed Holder told reporters at a virtual press conference held jointly with police.

‘This was an act of mass murder, perpetrated against Muslims, against Londoners, and rooted in unspeakable hatred.’

Police are said to be considering terrorism charges.

The attack was the worst against Canadian Muslims since a man gunned down six members of a Quebec City mosque in 2017.