A MUM-of-two whose ex-husband severed both her hands in a sick attack has revealed she is "insanely happy" after secretly remarrying.

Margarita Grachyova, 27, from Russia was mutilated by her violent ex Dmitry Grachyov, 27, in 2017. 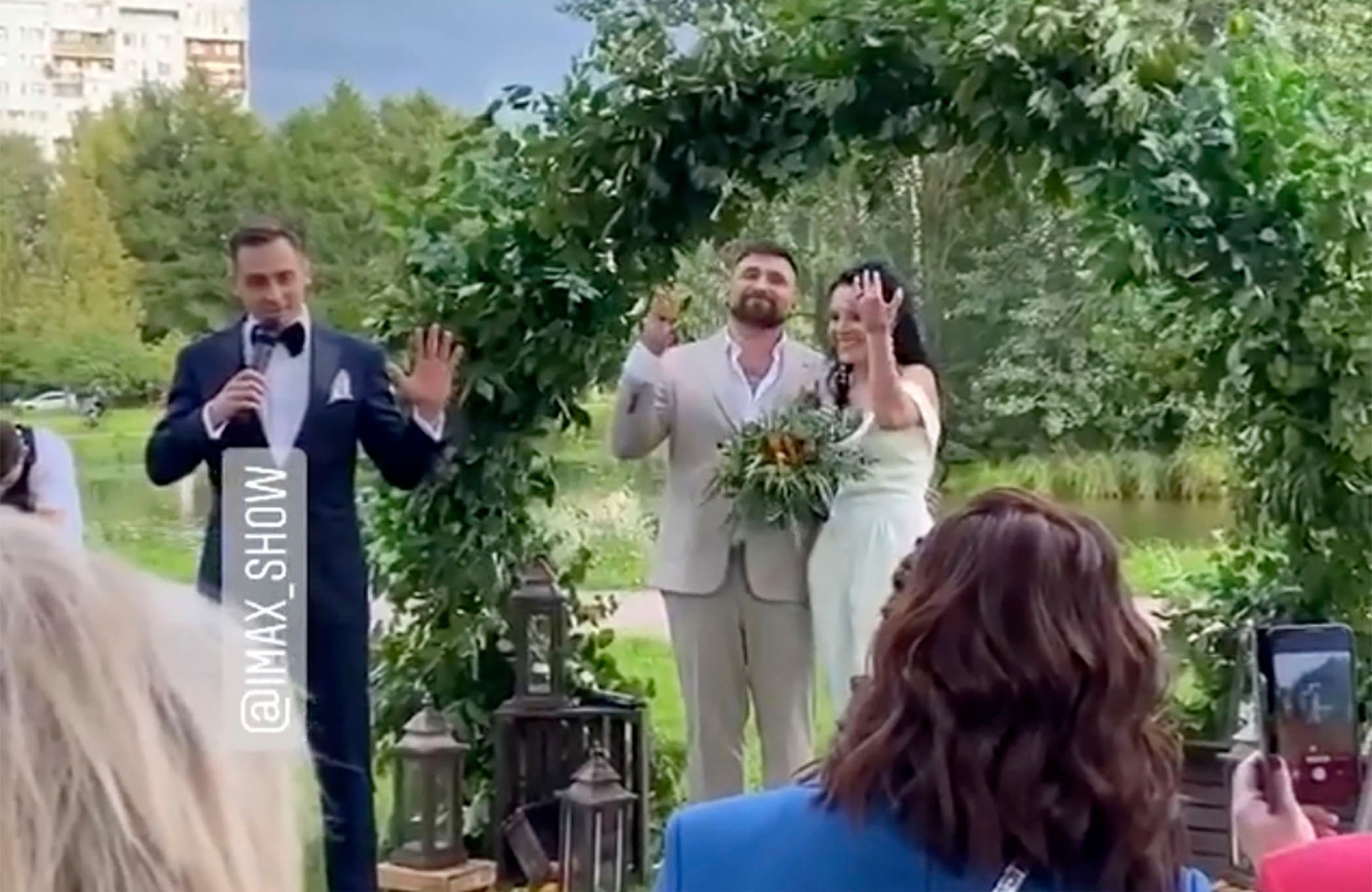 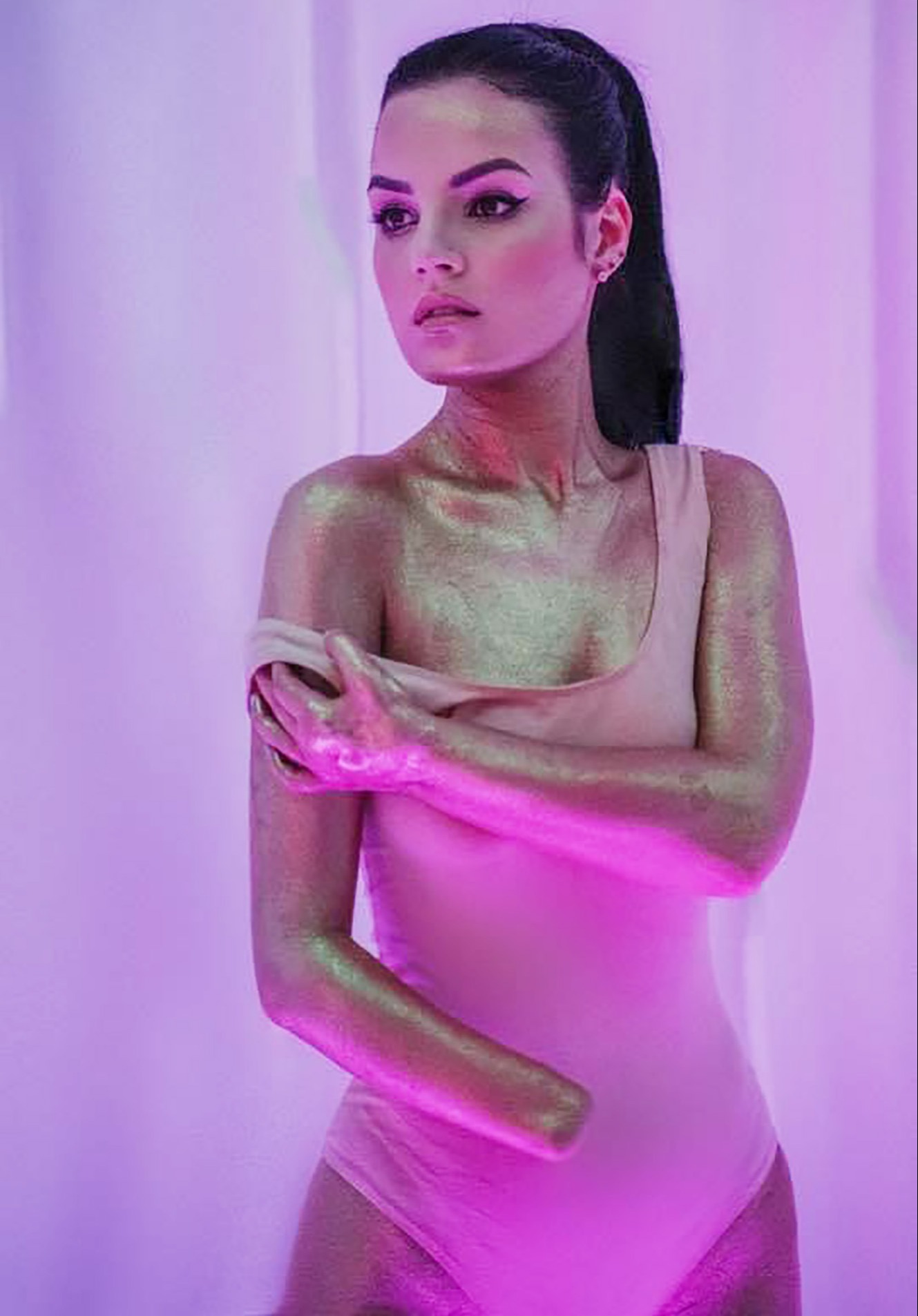 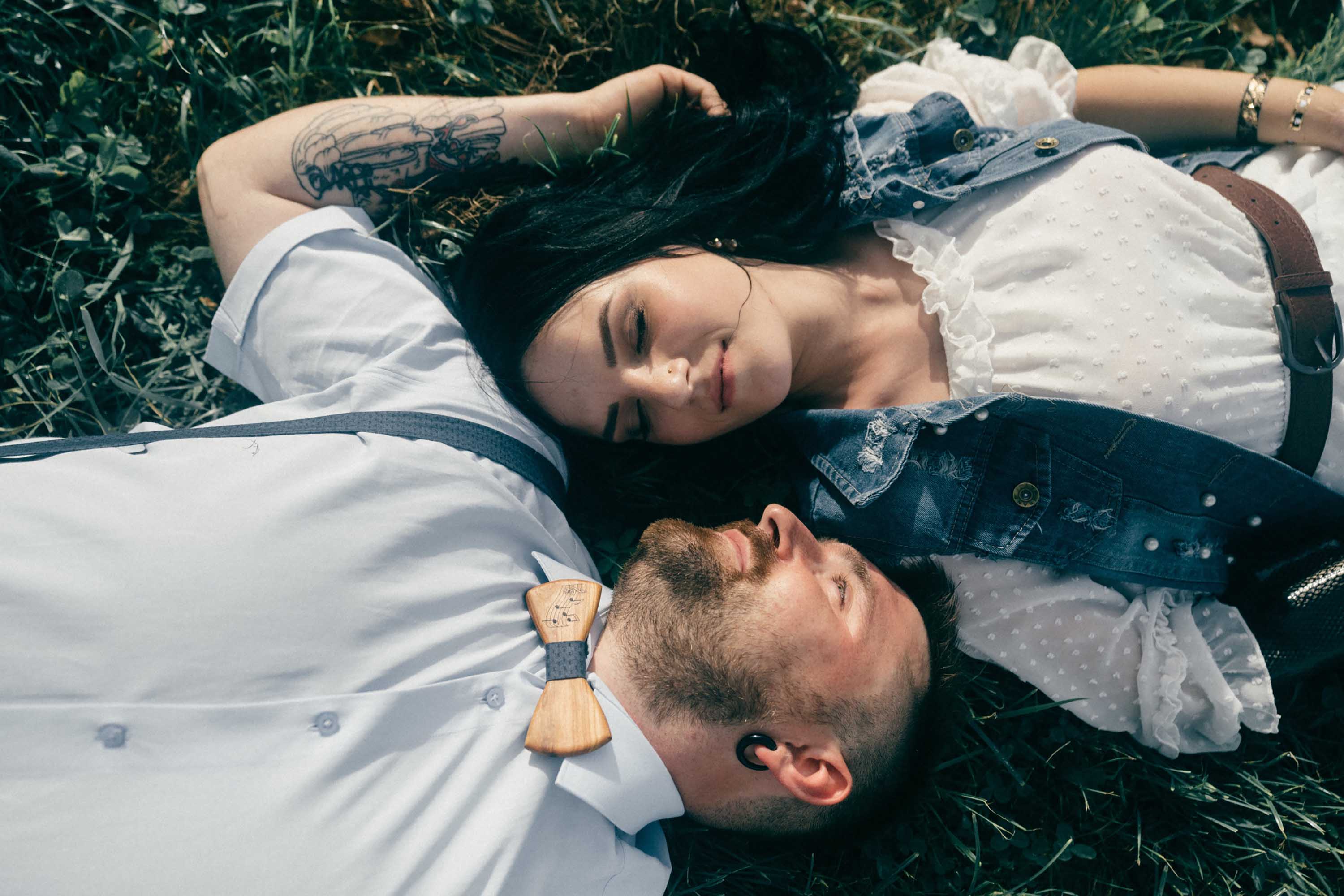 The trained psychologist was “crazed with jealousy” over a suspected affair – which Margarita strongly denied.

The 27-year-old – who has won plaudits for her inspirational recovery and campaign against domestic abuse – invited friends and family to what they thought was her marriage ceremony over this weekend in St Petersburg.

But at the moment they were due to change rings, her new spouse Maxim suddenly announced to shocked guests: "There will definitely not be a wedding today.”

He threw the ring box into a nearby river.

Margarita said: "Our wedding was supposed to be today, but it won't be …

“Because today is our first wedding anniversary.”

Margarita's ex-husband, Grachyov was jailed for 14 years over the barbaric Medieval-style attack while Margarita had one hand sewn back, but now has only partial use.

She underwent complex surgery with a "bionic hand” fitted to her other hand.

Margarita – who divorced him – wrote a book called Happy Without Hands aimed at helping women who suffer domestic violence, urging them “to leave tyrant husbands and understand how abnormal it is to live with such a person”.

She also posed as a model to “regain my confidence”, and made her first parachute jump.

In one recent shoot she was pictured without her artificial hand for the first time.

“I don't like the difference between people's perception of me with an iron arm and without,” she said.

“When I wear my prosthesis, everyone looks at me as if I was a superhero.

“And when I'm with my stump, most of the looks are full of pity.

“There are a lot of amputees in the world who can't get a prosthesis for some reason.

“With this photo shoot I want to show that it is not important whether you have a stylish iron arm or leg, this is just a small addition.

"Your inner values, opinions and personality are important.”

Margarita denied being too hasty in her secret wedding – 19 months after the appalling axe attack.

“As for my personal life and the choice of a life partner, I did not rush with it but I also did not ask for his entire pedigree, trying to figure out if he is a potential abuser,” she said.

“People often ask me how to protect myself from an abuser.Alas, I have no answer.

“A person can change at any second.

“But even that did not make me give up the relationship in the future. You have to believe in good things.”

Her new husband “chose a very correct tactic – at first he was just a friend.

“This was a good position that allowed me to get used to it.

“He calmly waited and did not demand any serious relationship from me.

“Perhaps that's why it worked out.”

Her two boys get on well with her new husband, she said, but she has revealed no details about her new man, even his age.

"The children partly know the truth about what happened, they know that (my ex-husband) is in prison,” she said.

“They do not consider him as their dad.”

With almost 100,000 followers and high visibility in the media, Margarita said: “My glory is not the one that you dream of having.

“But since it happened, I try to use it to fight this terrible evil of domestic violence.” 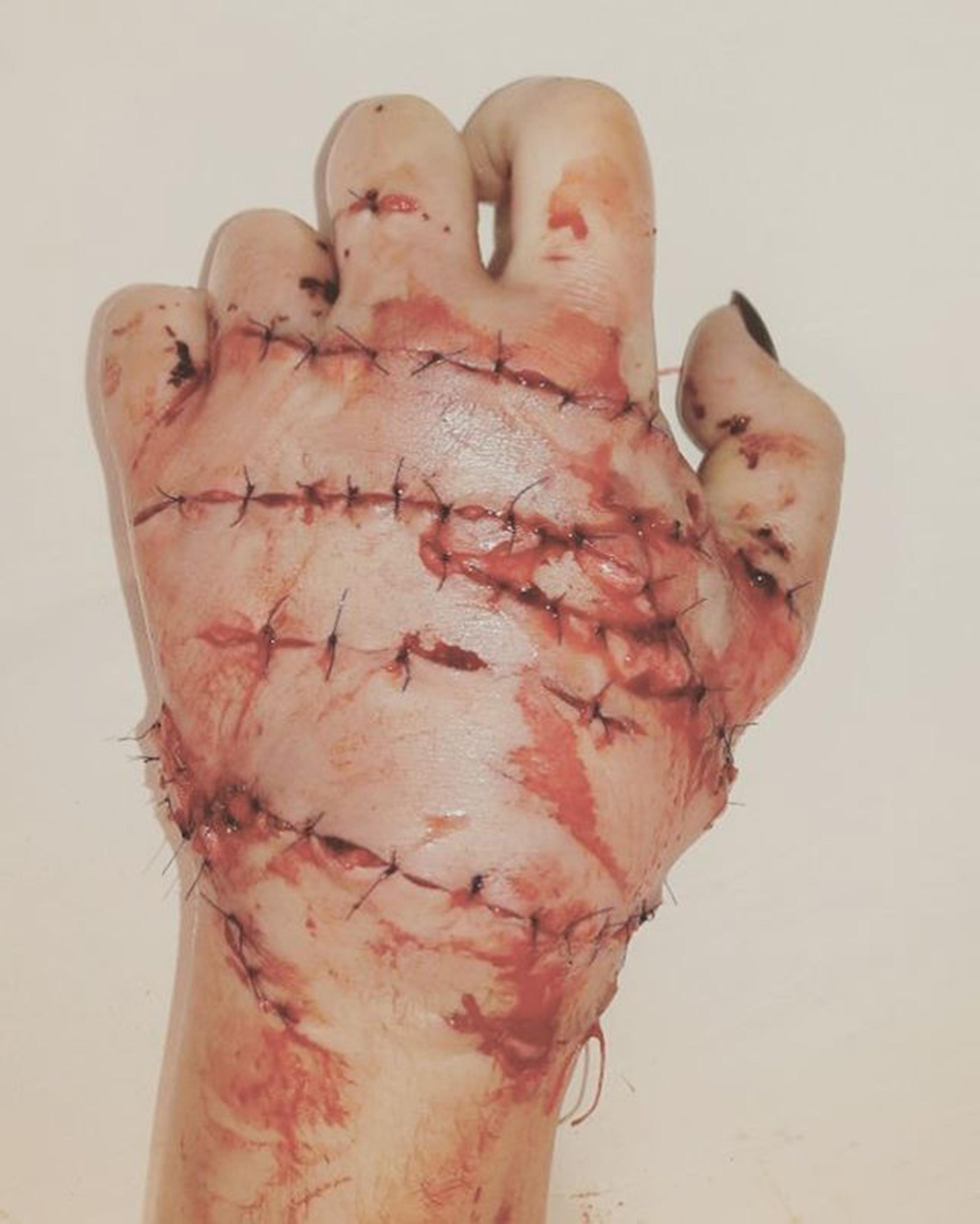 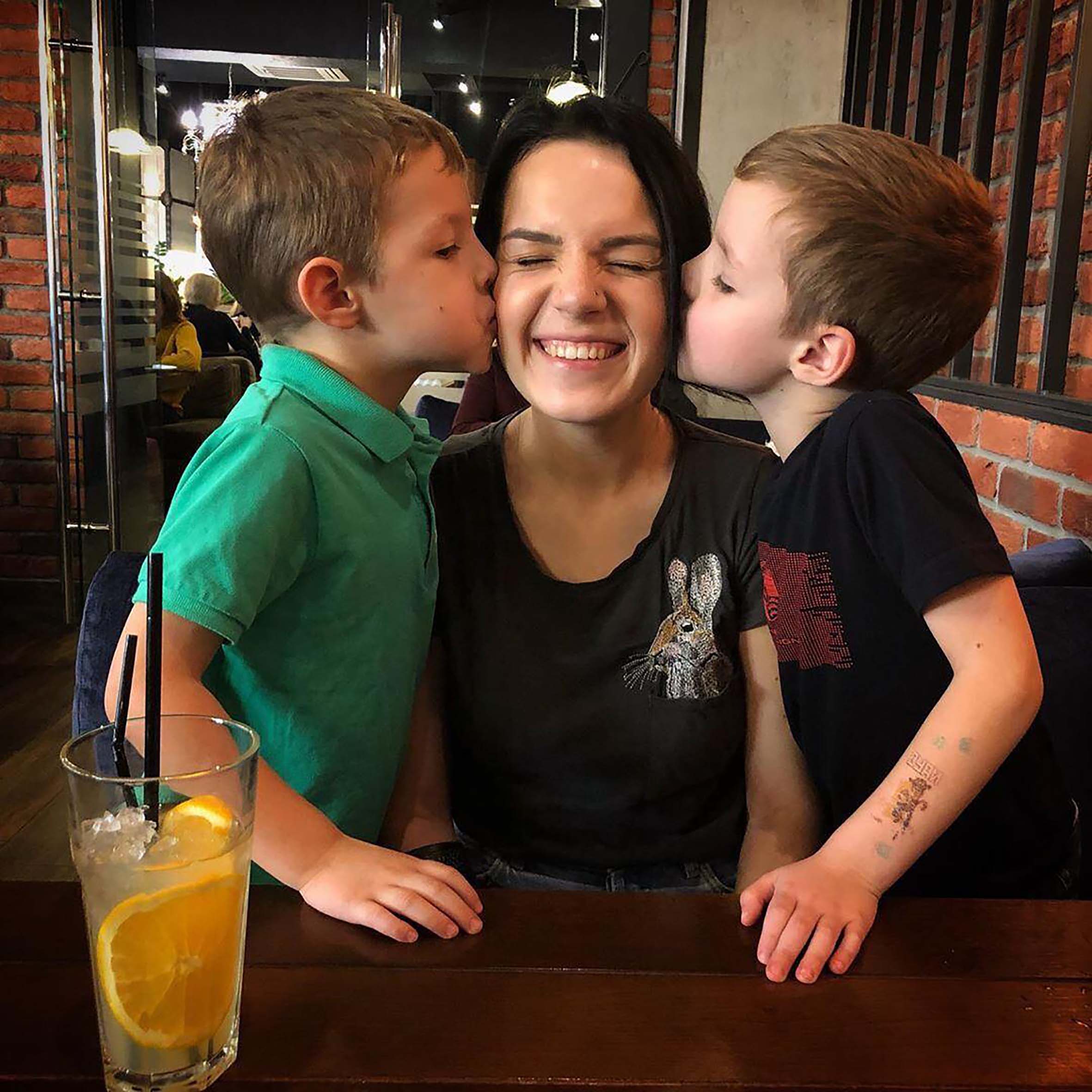 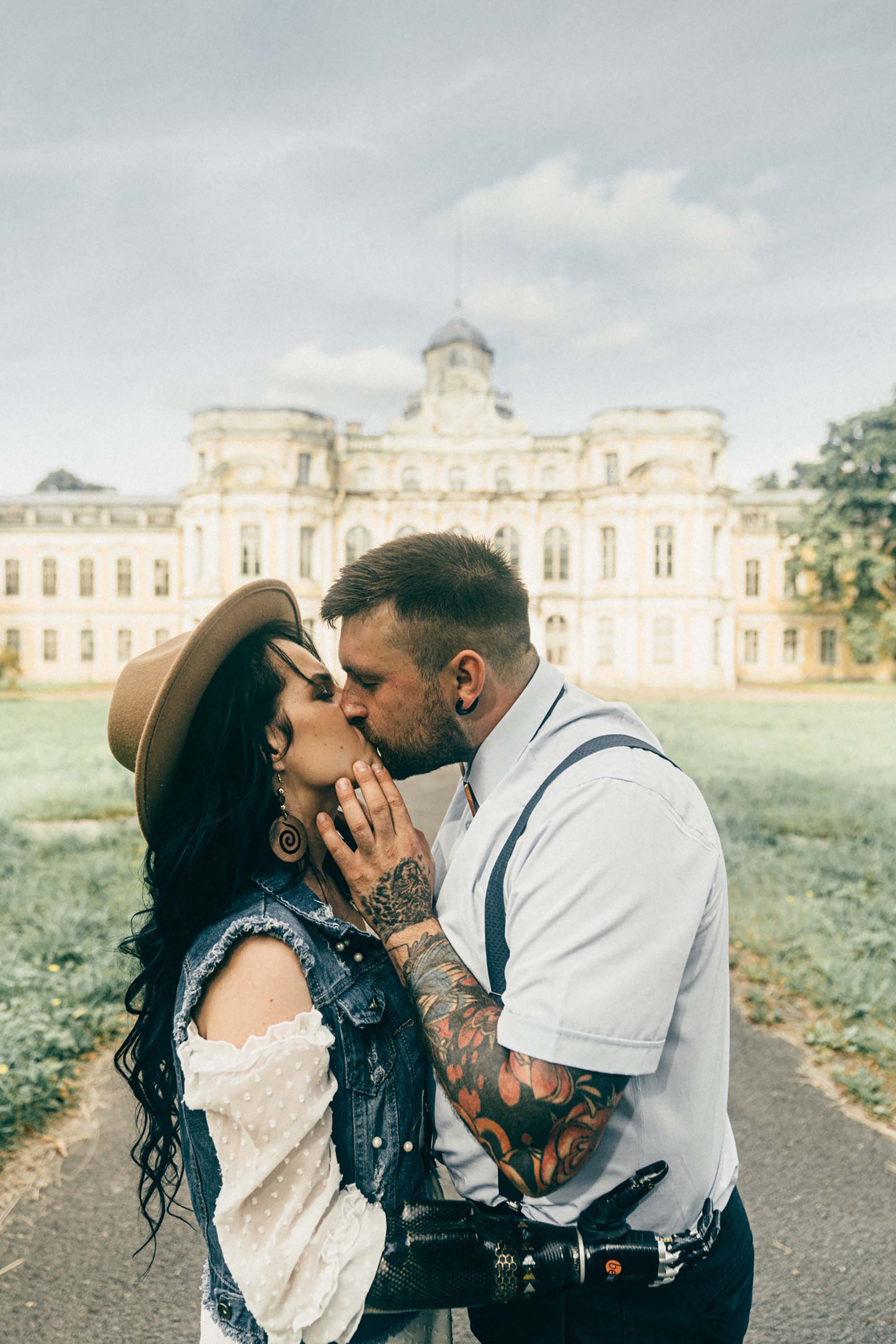 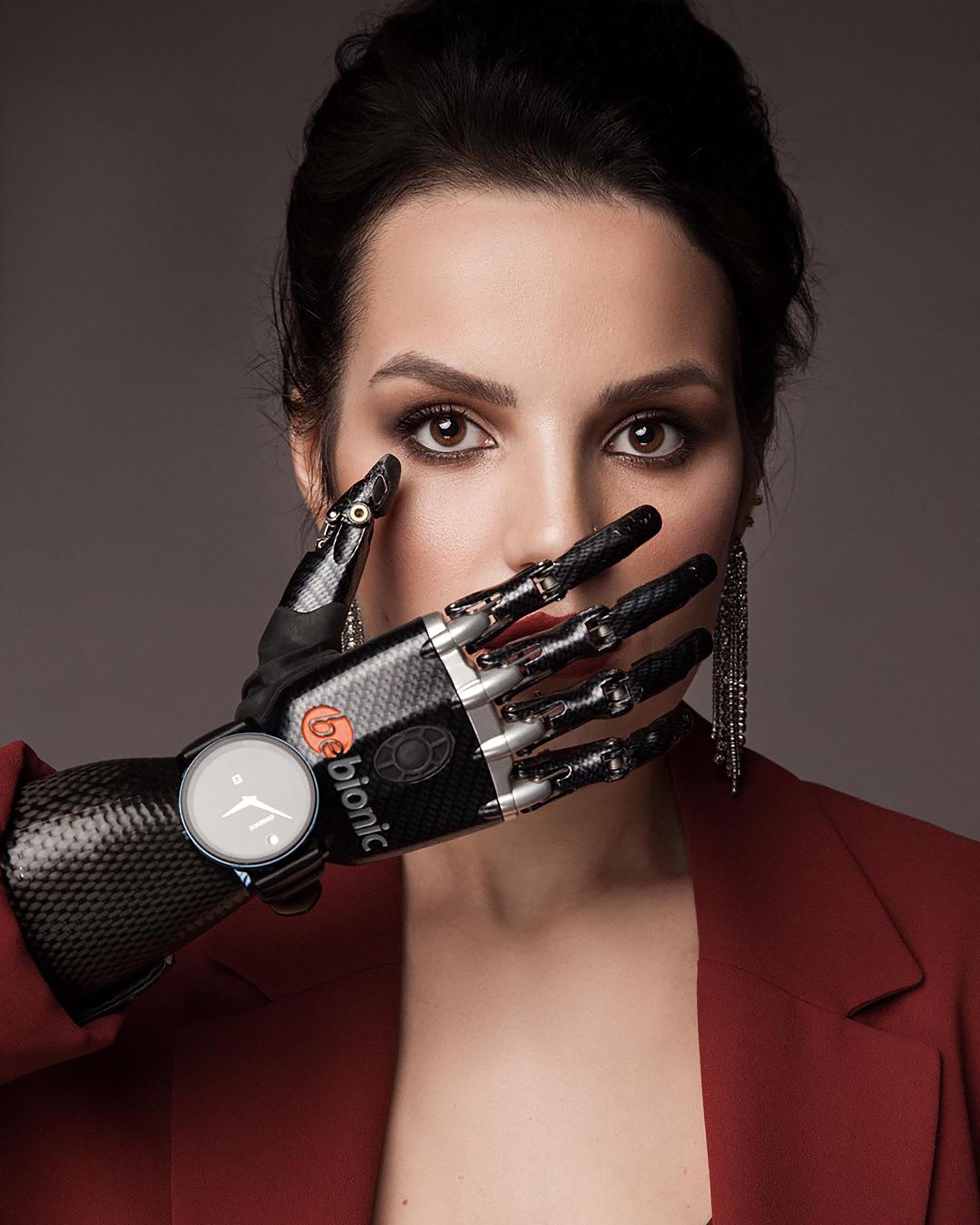 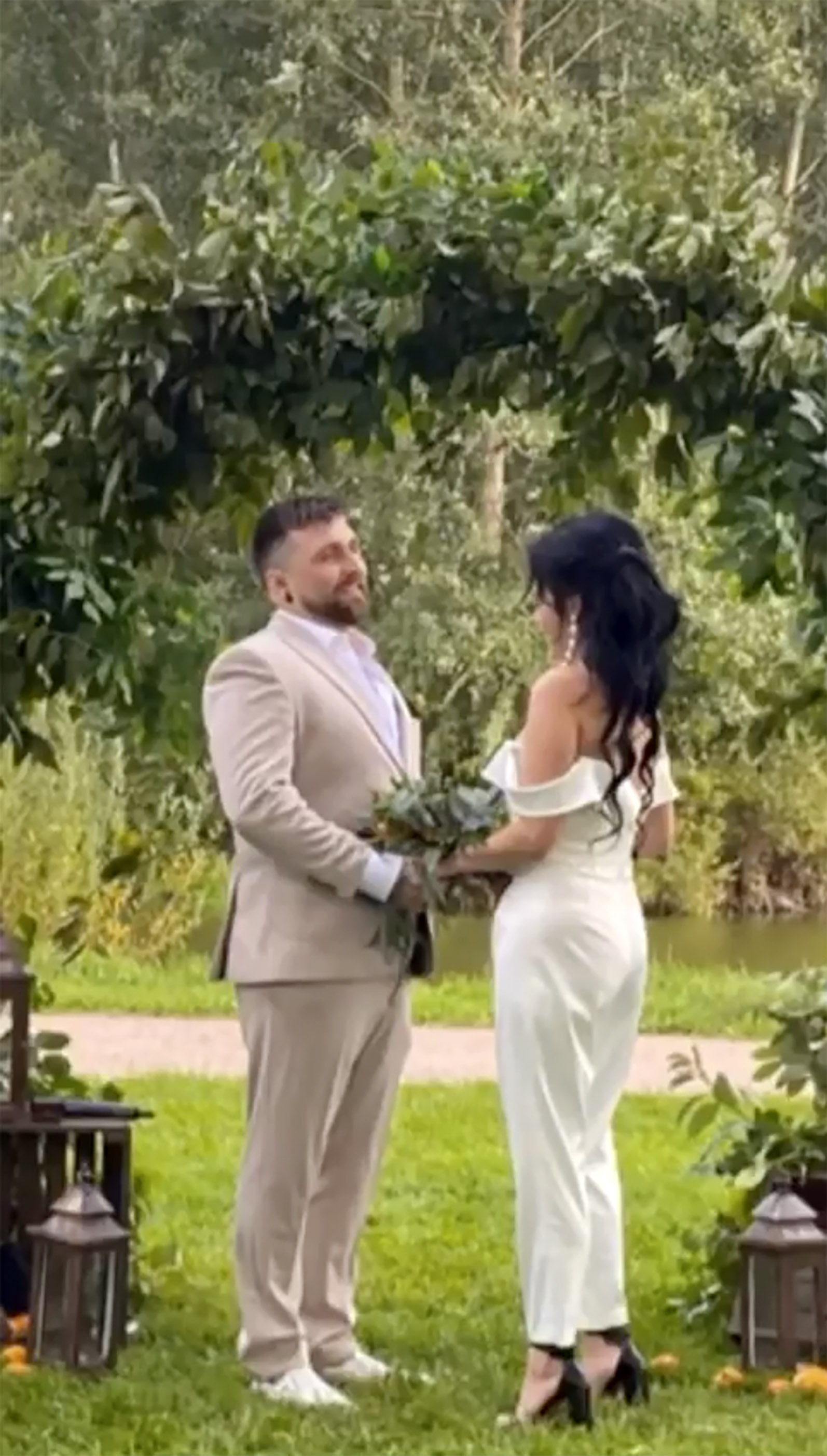 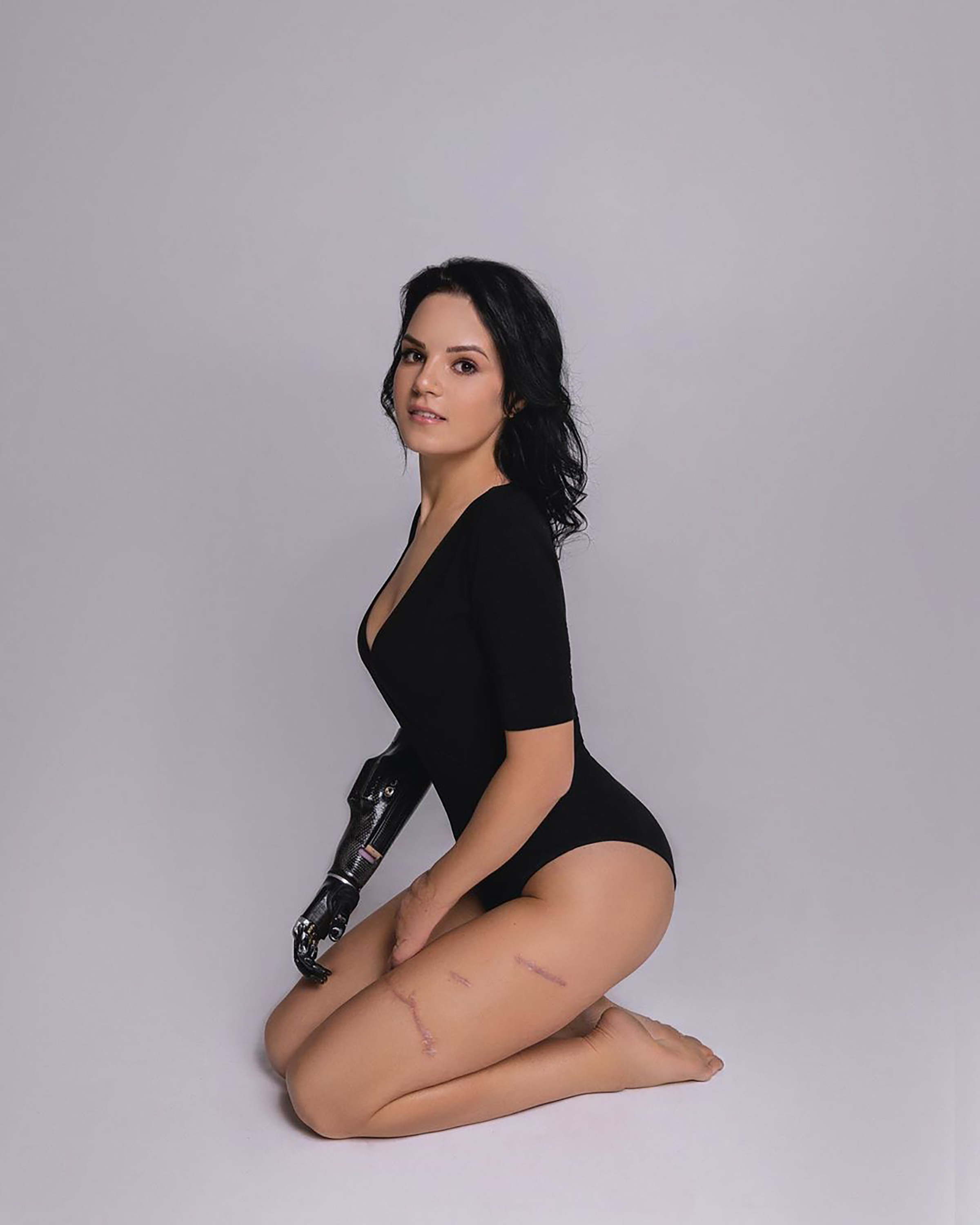 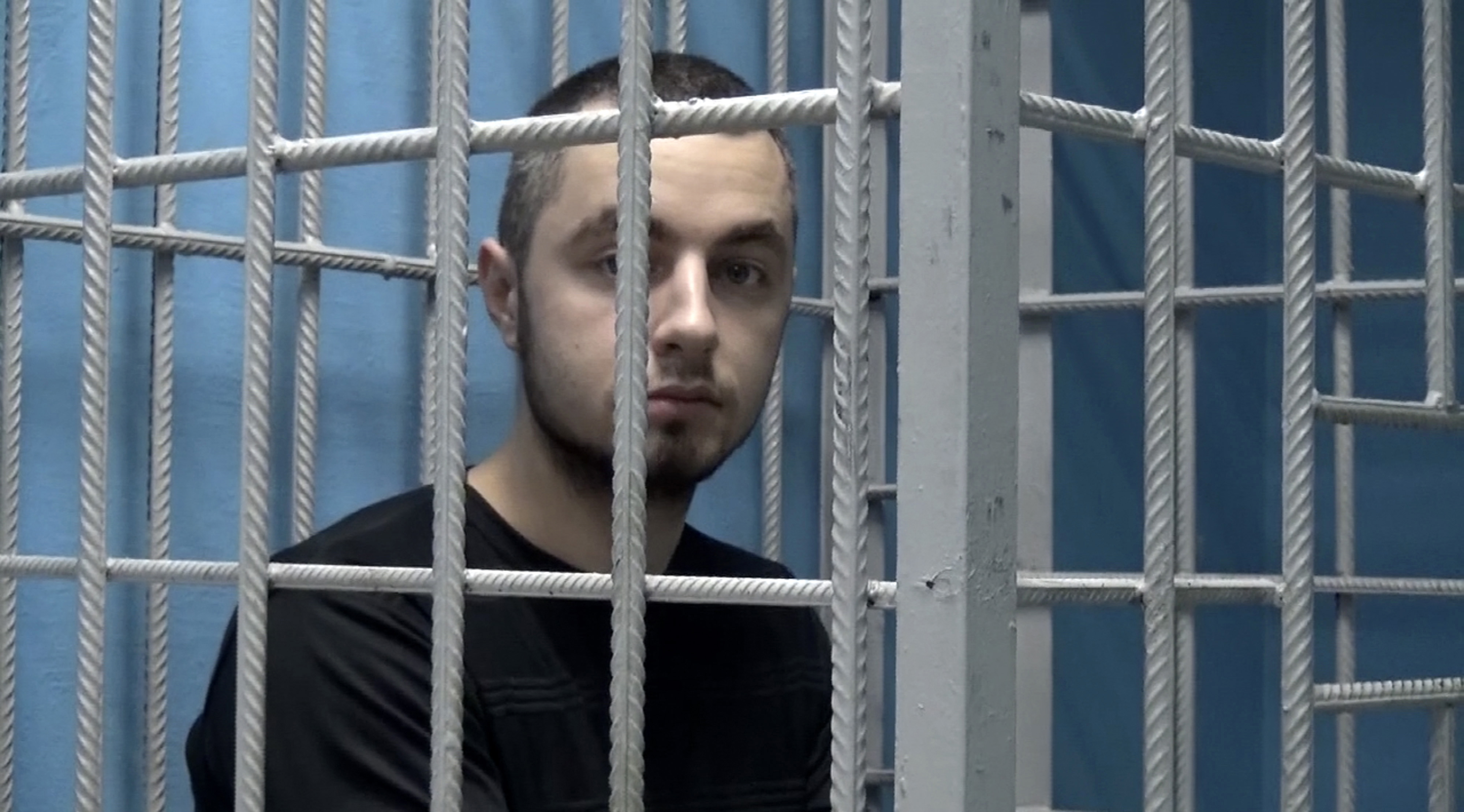 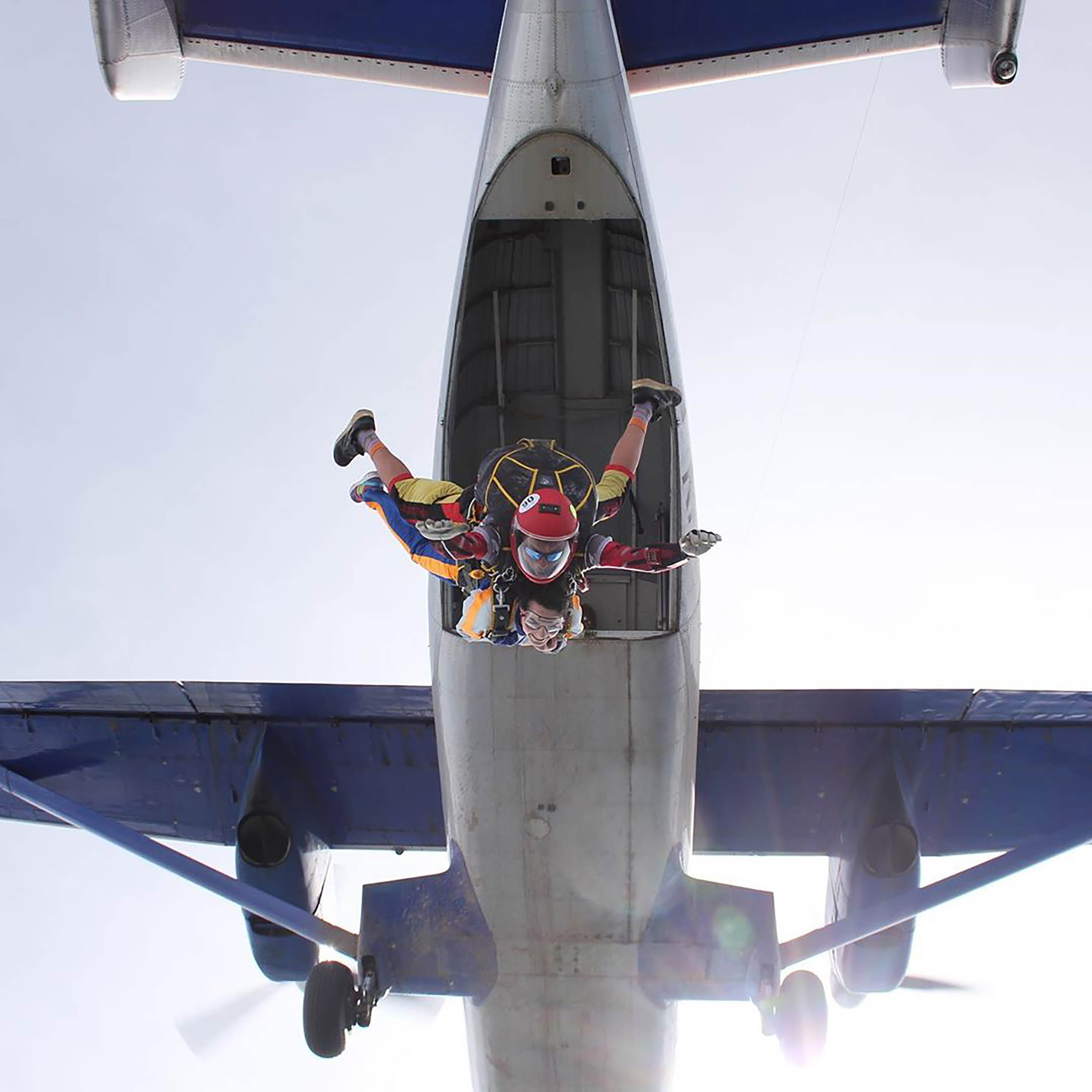