Cyclists and e-scooter riders should be banned from wearing headphones after a series of fatal accidents, say campaigners and MPs.

Despite headphone users being unable to hear other vehicles properly, the dangerous practice is not against the law.

Labour MP Barry Sheerman, chairman of the parliamentary advisory council for road safety, said: ‘I believe urgent action has to be taken. Scooter users and cyclists are increasingly becoming victims of fatal and near-fatal accidents.’ 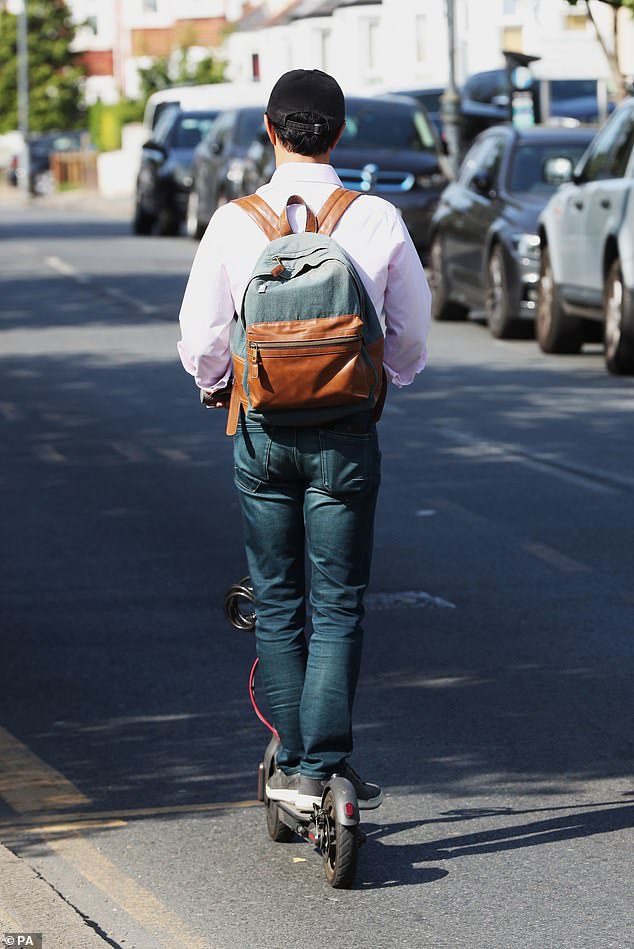 France and Spain outlawed the wearing of headphones while cycling many years ago, while Portugal and Italy allow one ear only. In the US, rules differ from state to state.

The calls for a UK ban come after a series of deaths caused by riders wearing headphones, including Peter McCombie, 72, who died of head injuries after being hit by cyclist Ermir Loka, who was listening to music.

Loka, 23, was captured on CCTV running a red light and ploughing into Mr McCombie before fleeing the scene. He was found not guilty of manslaughter but jailed for two years for causing bodily harm by ‘wanton or furious driving’.

Last June, 19-year-old e-scooter rider George McGowan was killed after he was hit by a car while listening to music on his headphones. Neil Greig, policy and research director at the road safety charity IAM RoadSmart, said: ‘Being plugged in to headphones is the ultimate distraction, as it completely shuts you off to your surroundings, creating a potential road safety risk to yourself, pedestrians and other road users.’

He described changes to the Highway Code earlier this year as a ‘missed opportunity’ to tackle the issue, adding: ‘We would be keen to see at least, as a minimum, a major education campaign, and if that didn’t work we would be supportive of a ban.’

In 2013, Boris Johnson, then Mayor of London, said: ‘It makes me absolutely terrified to see them [cyclists] bowling along, unable to hear the traffic.’

Sarah Leadbetter, of the National Federation of the Blind, said a ban would ‘not only make life safer for the visually impaired but also for many other vulnerable pedestrians and the riders themselves’.