Christchurch mosque shooter could serve some of his sentence in Australia, says Jacinda Ardern as it emerges it will cost $1.6million a year to jail him in New Zealand

Jacinda Ardern isn’t ruling out the possibility the convicted Christchurch mosques terrorist may serve his time in Australia, but says New Zealand must make sure ‘justice is done here first’.

Freshly released Cabinet papers have revealed the high cost of housing the Australian man who shot and killed 51 New Zealanders in the country’s worst mass shooting on March 15 last year.

A total of $NZ3.59 million ($A3.33 million) has been approved for the first two years of Brenton Tarrant’s stay at Auckland’s Paremoremo Prison. 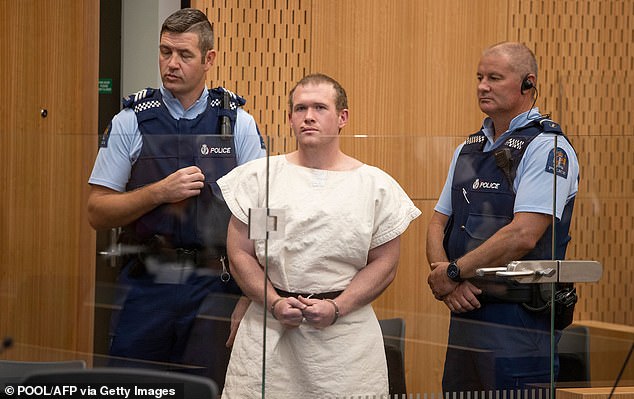 Additionally, $NZ790,000 ($A733,000) has been set aside this year for screening incoming and outgoing mail for high-risk inmates.

That measure has been directly attributed to an unfortunate incident last year when one of Tarrant’s letters – reportedly sent to a contact in Russia – was posted on a notorious forum online.

Ms Ardern said the bill to house the Grafton-raised terrorist was unfortunately necessary.

‘Obviously we’ve already seen what happens if we don’t monitor closely, for instance, the correspondence that that individual is is engaging in, and of course some of the other precautions we need to put around the terrorist.’

Tarrant, who reversed his plea of not guilty earlier this year, is expected to be receive life imprisonment when the High Court meets in Christchurch to consider his sentencing next month. 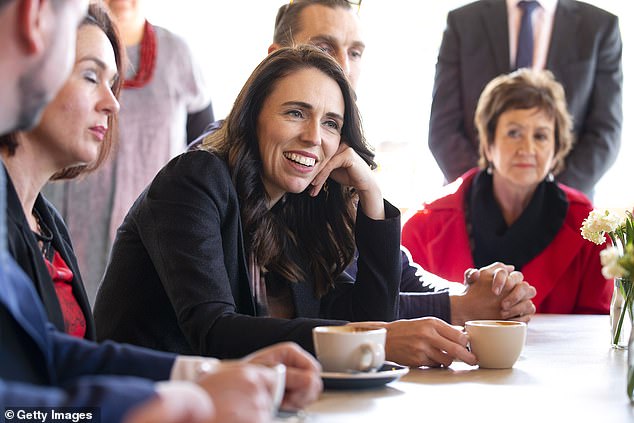 Australia and New Zealand are close allies but are bitterly split on the issue of deportations across the Tasman.

The Australian government has deported thousands of people with Kiwi passports to New Zealand since 2014, including many people who have little connection to Aotearoa.

Ms Ardern has ruled out a tit-for-tat deportation of Tarrant but of a possible negotiated move to Australia, she said she’d ‘never taken that off the table’.

‘We do need to make sure that justice is done here first,’ she said.

‘(Australia) tends to (deport Kiwis) at the end of their sentence as opposed to at the beginning.

‘Usually it’s the case that someone will see the sentence in the country in which they are sentenced.’

While the sentencing comes right in the middle of a national election, New Zealand’s biggest political parties have maintained a stately pact on the matter.

‘It’s a real temptation for people to say ‘Send him back to Australia before he’s served a sentence’,’ she said.

‘I’d say to (those people) ‘there are around about … 900 New Zealanders in Australian jails. Would you like us to have all those back?

‘He committed his evil crime here. I think he needs to have his sentence here, even though it costs us a lot of money. It’s the rule of law.’