MORE than half of Brits say they cannot afford heat pumps – in a major blow to the government’s war on boilers.

Gloomy polling found that many consumers are concerned that No10’s eco drive will whack them in the pocket. 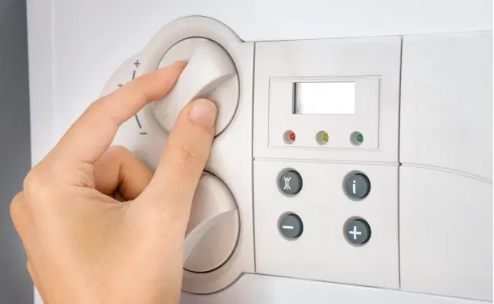 A survey of consumers found they support moves to tackle climate change, but 80 per cent said a heat pump was too costly, and more than half can't afford one.

Four in ten said they would expect a grant for the full amount rather than cough up from their own pockets.

Ministers have plans to introduce a £4,000 clean heat grant from next year, and there are already some in place for home-owners.

And as more are made in Britain the price is set to come down in time.

Mike Foster, Chief Executive at the EUA, said last night: "The British public wants to ‘do their bit’ to deal with climate change, but the potential cost of the heat pumps to replace boilers is regarded as excessive.

"Unless there is a rethink the government risks a consumer backlash that will have a major impact on our ability to hit the UK’s climate change targets.”

Friends of the Earth, Greenpeace, the End Fuel Poverty Coalition and a string of other groups have joined forces to call for a new voucher scheme to help people to afford heat pumps and other green products.

Join The Sun’s ‘Green Team’ & save the planet

MAKING simple everyday changes can add up to a BIG difference to the planet.

And we want you and your family to join The Sun's Green Team – our eco revolution.

It can feel overwhelming to know how to play a part in reducing greenhouse gasses, but we will be showing you the practical steps we can take to curb climate change – with the help of the global ‘Count Us In’ initiative.

And our easy measures will even help you SAVE money so your household budget goes further.

We want you to go online to sign-up to as many of our special Green Team pledges as you can manage and a special calculator will show you how much carbon you will personally save.

It won’t cost you a penny but the total you and your family will save will be added to the global ‘Count Us In’ total and the platform will support you every step of the way.

So tap here to pledge.

And they say grants should cover the whole cost for low-income Brits.

Think tank E3G's Juliet Phillips, who coordinated the call said last night: " If done right the UK can lead the world in reducing carbon emissions from heat while slashing energy bills, boosting the economy and protecting the fuel poor.”