Footage and photos shows firefighters taking on a raging blaze on Grafton Street, Portsmouth as a block of flats caught fire on Wednesday.

Emergency responders rushed to the scene after the fire department received 21 calls about the incident, starting from 3:52pm when people first noticed the smoke.

Pictures and video taken by concerned passersby show smoke billowing from block D of the building, which is owned by the City Council. 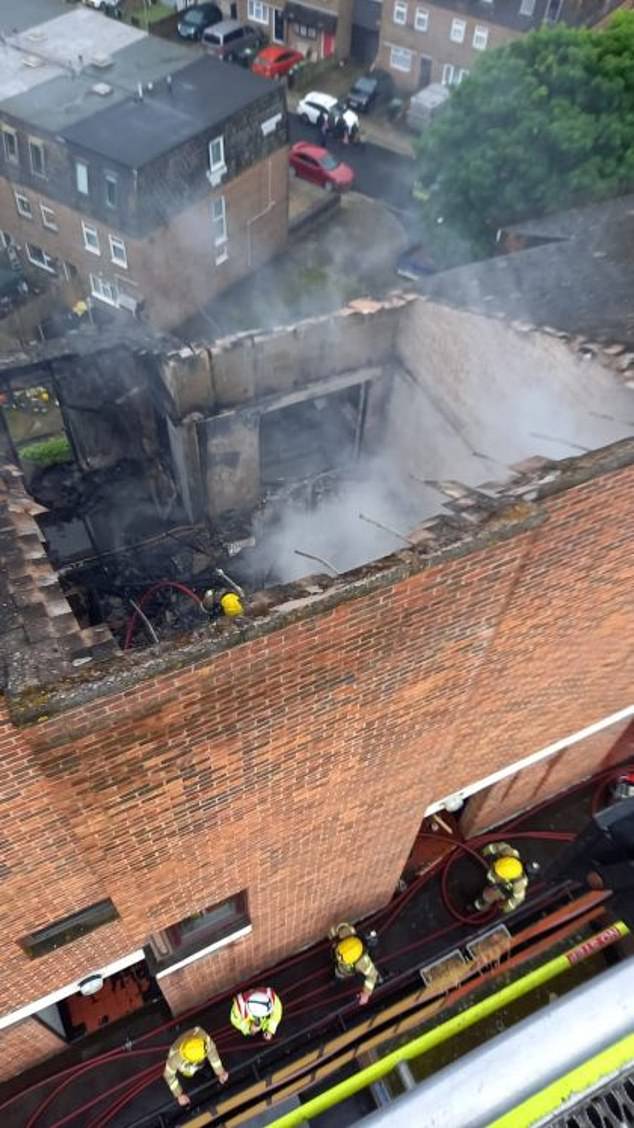 Photographs show the damage wrought by the fire that raged across a four-storey residential building in Portsmouth, Grafton Street, leaving the roof burned along with the top flat

The fire was ablaze in the fourth storey of the residential building, burning up the roof and the top floor of the flat on the level below.

The flat was not occupied, fire crews confirmed, with the block successfully evacuating all residents.

‘My mum was upstairs and I heard them (police) say there was a fire in our block,’ Portsmouth News quoted a 15-year-old girl as saying.

‘I was petrified. I was a bit panicky. I don’t know if my guinea pig Custard will be OK.’

A spokeswoman for the fire service said at 6pm that crews had managed to contain the fire, adding the incident was ‘expected to be scaled down shortly.’