A BMW owner got a rude awakening after their car was pushed out of the way by disgruntled workmen – who had put up signs in the area.

The car was parked on a road dispute the signage that was put up  in Tywardreath, near St Austell, Cornwall warning drivers of the roadworks. 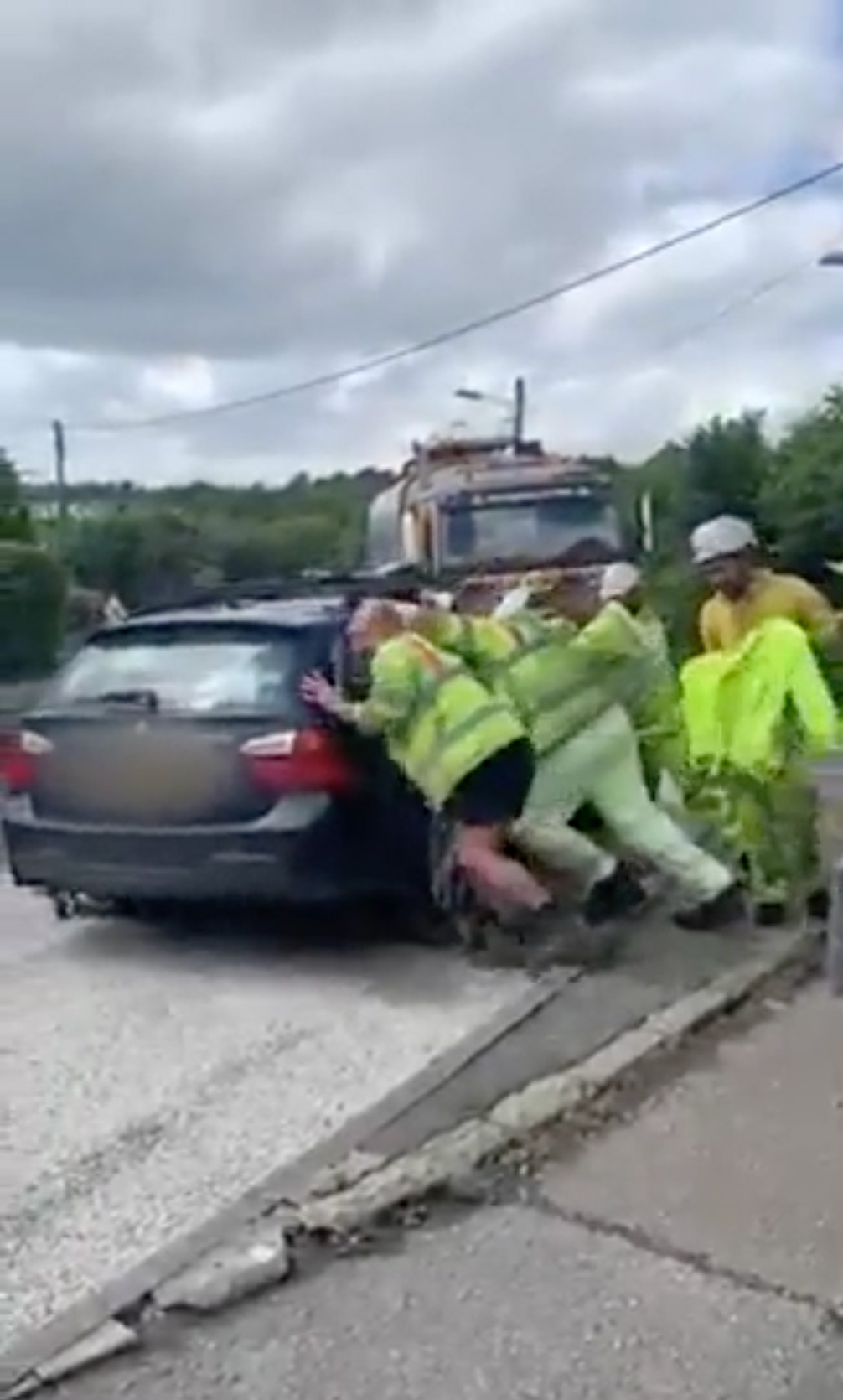 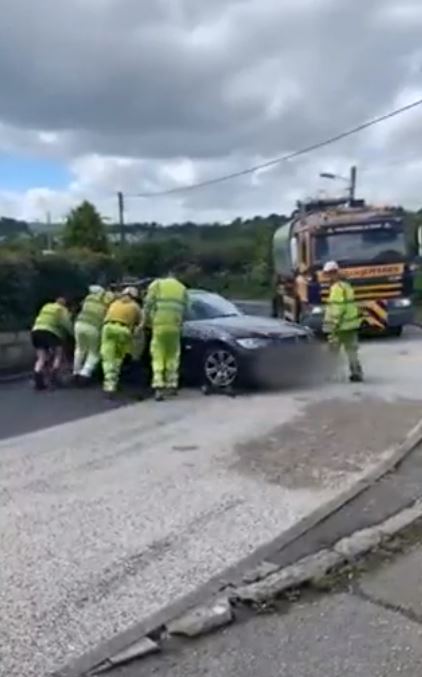 But one driver chose to ignore them, leaving the maintenance crew no choice but to move the vehicle out of the way themselves.

A note was left on the cars windscreen calling for the owner to move it, and was then posted on social media, but it was ignored.

Five of the men, dressed in high vis jackets and helmets, managed to push the heavy car across the road so they could continue resurfacing.

One resident caught the unusual operation in action as they pushed the car on to rollers before moving it out of their way.

The footage was posted on a community Facebook page and caused uproar according to Cornwall Live.

One person said: "I know they have to do the road, but I don't think legally they are allowed to do that to someone's car."

While another replied: "Why? It's on rollers. Won't cause any damage to the car." 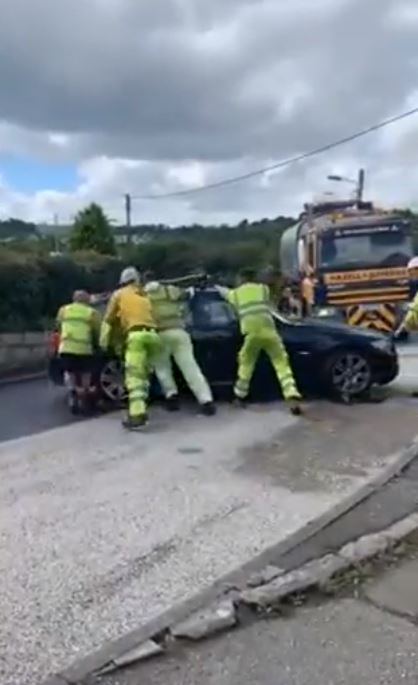 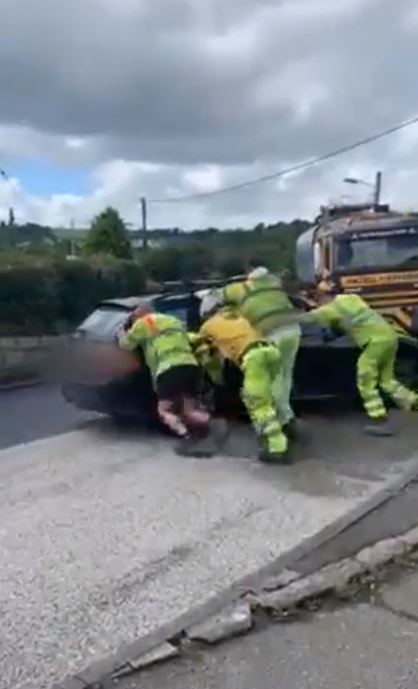 Another person said: "They are apparently quite within rights to move it but they can’t get it towed off.

"This car has been left with a sign on the windscreen advising to move but unfortunately the person seems to have left it there for the last few days whilst they’ve gone off on the train."

Others added: "That's what you get for parking where it says NO PARKING."

While another added: "For all we know, the person may have parked their car there before the signs were put up and, like someone has said, they've gone on the train." 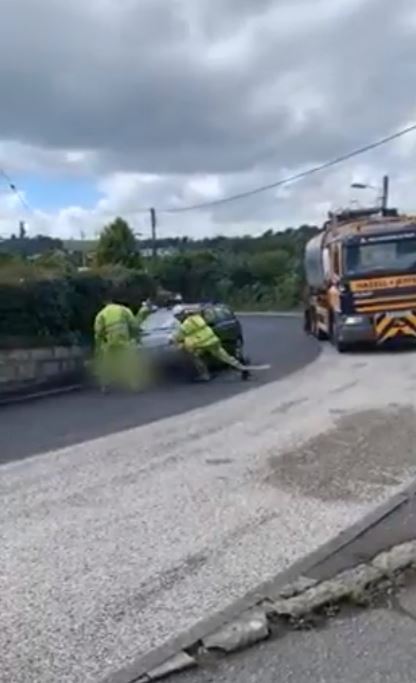 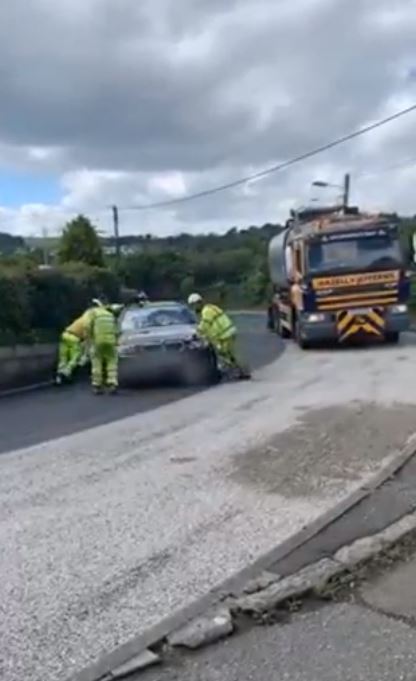