THIS is the moment an ambulance rapid response vehicle collides with a turning car in a horror Glasgow road accident.

Footage has emerged online of the road incident where the paramedic response unit crashes into another motor on Springburn Road. 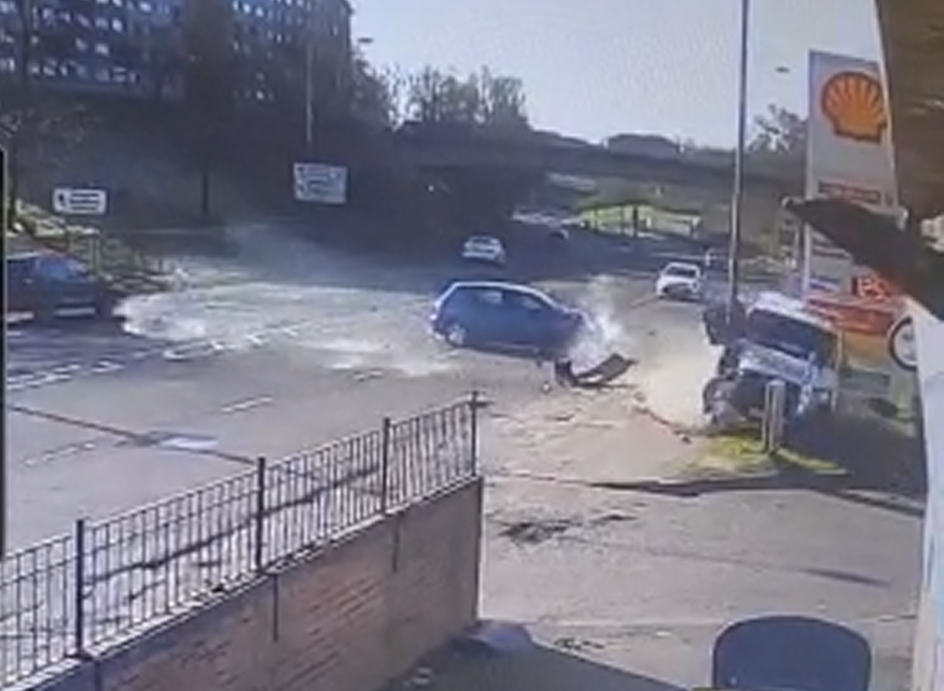 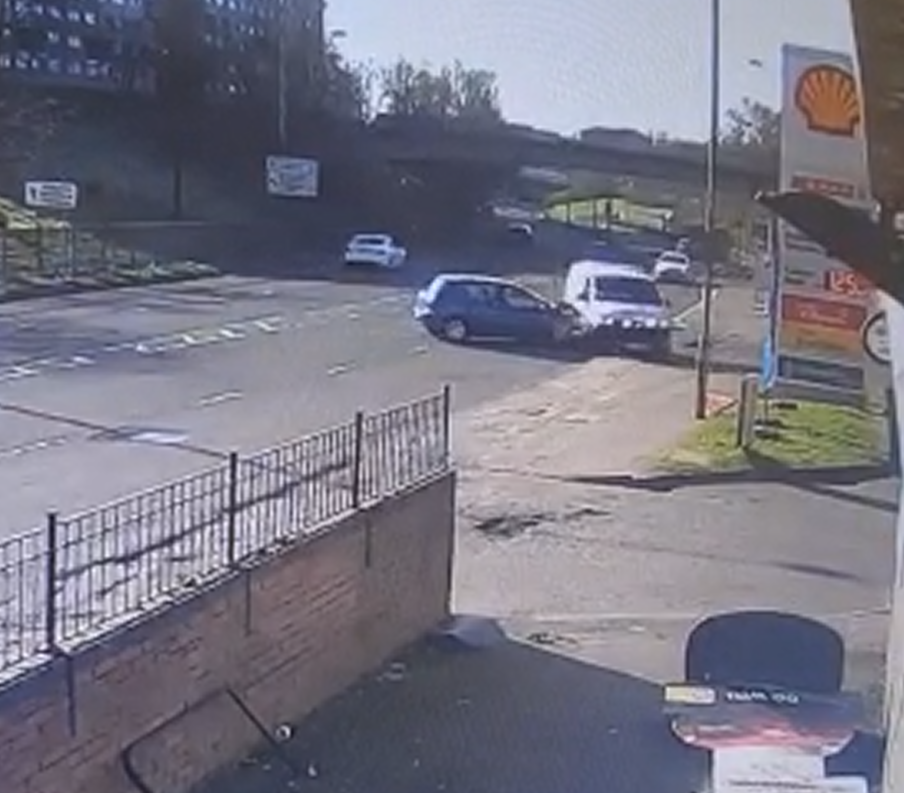 The shock incident happened on Saturday morning at around 9.30am with the mercy vehicle unable to avoid the nasty collision.

A short clip shows the ambulance unit driving along the road with blue lights flashing after being dispatched to a call.

But as it heads along the road another vehicle, driven by a 90-year-old man, turns towards a petrol station.

The paramedic attempts to steer out the way of the vehicle but is unable to prevent the major smash as the vehicle careers into a lamppost and over a small wall.

Emergency crews were called to the horror road smash where both drivers were checked. No serious injuries were sustained.

The driver of the car involved was charged and has been reported to the Procurator Fiscal in connection with road traffic offences. 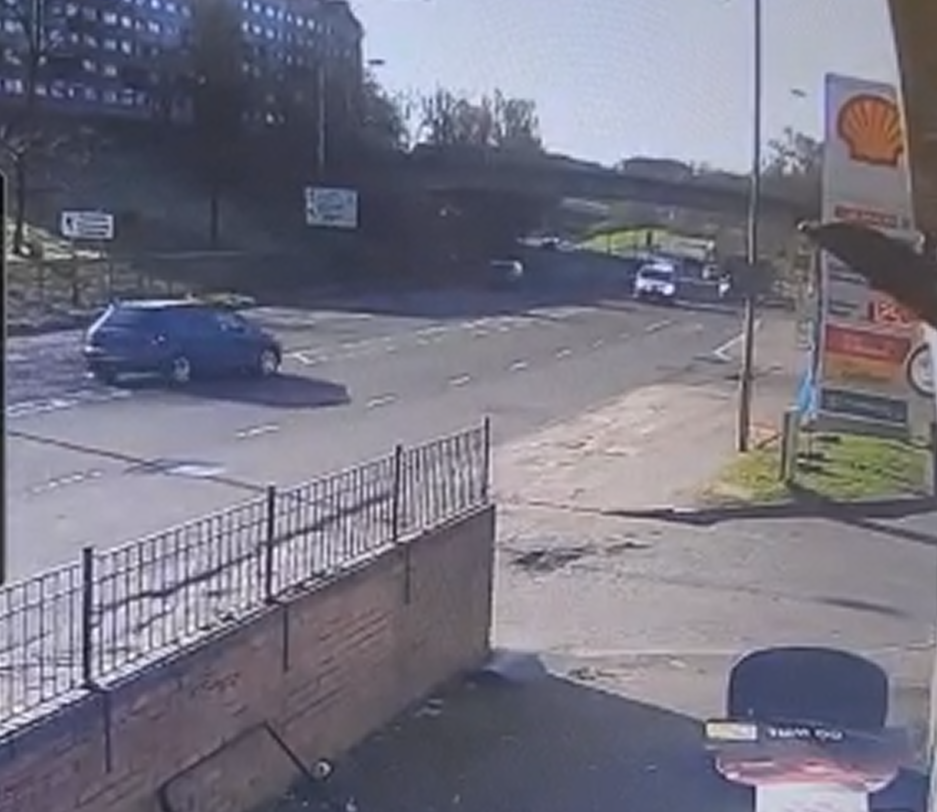 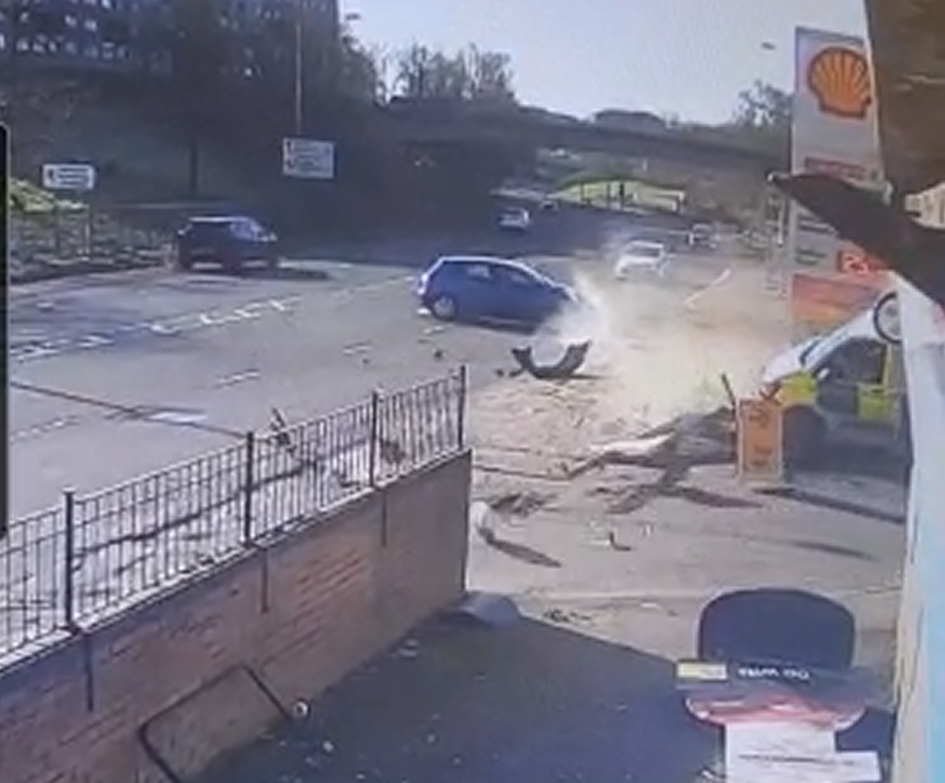 A Police Scotland spokesperson said:"Police were called around 9.35am on Saturday, April 3 following the report of a two vehicle road crash on Springburn Road, Glasgow.

"There does not appear to be any serious injuries and the road was closed for around one hour.

"A 90-year-old man has been reported in connection with road traffic offences."

A Scottish Ambulance Service spokesperson said: “We are aware of an incident involving one of our Paramedic Response Units and another vehicle on Springburn Road, Glasgow.

"The PRU, which was en route to an emergency call, was not transporting any patients and neither our paramedic nor the occupants of the other vehicle were reported to be injured.

"They were all checked over at the scene and an alternative resource was sent to the original call.”

A spokesperson from SFRS said: "We were called to reports of an RTC at 9.35am on Springburn Road. There were no injuries.

"Three appliances were mobilised and we're away from the site now."