Brother of Suzanne Morphew speaks out about his sister’s disappearance

Andy Moorman, brother of Suzanne Morphew who has been missing since Mother’s Day, spoke to Fox News about what he believes happened to his sister, and his hope to finally get closure about what had happened to her.

The sister of missing Colorado mom Suzanne Morphew – who is now presumed dead after disappearing more than a year ago – revealed Suzanne “made implications that she had concerns about her safety” as her relationship with her husband deteriorated, according to a local report.

Melinda Moorman phoned in to local Colorado station Heart of the Rockies Radio on Saturday, when she was asked if Morphew had ever made comments about her husband, Barry Morphew, that would raise concerns for her sister’s safety.

“Yes, Suzanne did. She definitely made implications that she had concerns about her safety,” Moorman said. “And the condition of their relationship had, I think, deteriorated quite a bit over the last several years.”

Moorman told the radio station that she and her sister did not speak daily or even weekly, but had “a very intuitive and a very close relationship and we were very connected.” 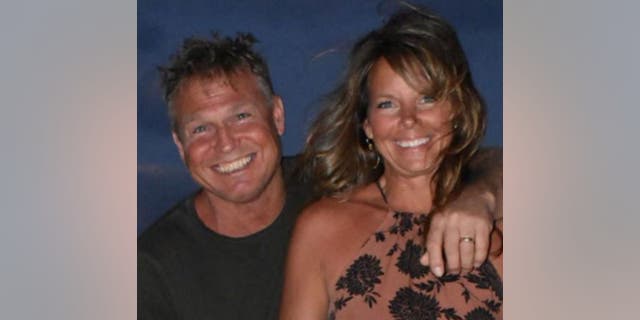 When they did speak, she continued, “many things” were left unsaid, but Suzanne relied on her sister’s counsel, she told the station.

Moorman recalled a message she received from her sister on Friday, May 8 – two days before Morphew disappeared.

“She was transparent with me, particularly on [the] Friday before she went missing, she revealed a very telling text to me – it was very profound, very transparent and it showed the state of her mind on that Friday before she disappeared,” Moorman said, without providing additional details regarding the text.

Despite the fact that Suzanne Morphew’s body has still not been located, District Attorney Linda Stanley said earlier this month that her office and investigators had gathered enough evidence to charge Barry Morphew with first-degree murder after deliberation, tampering with physical evidence and attempt to influence a public servant.

He was arrested just days shy of one year since Suzanne was last seen on May 10, 2020.

Morphew, 53, is being held at the Chaffee County Detention Center without bond and is due back in court on May 27. He has not yet submitted a plea in the case and his attorney declined to comment when previously contacted by Fox News.

During the radio interview, Moorman said she and her family are experiencing a “very difficult and complex grief.”

“Without her remains, it is a devastating and heartbreaking place to live,” she said. “We do hope and we pray that her remains will be found and the person responsible will come clean and reveal the truth about where she is so that we can give her a proper burial and love her the way that she needed to be loved.”

Just last week, court papers obtained by local news station FOX 21 allege that Barry admitted to submitting Suzanne’s completed ballot despite that she had been missing for months.

The Chaffee County Sheriff’s Office was notified on Oct. 22, 2020, of an instance of suspected voter fraud in which Suzanne Morphew’s nearly completed ballot was mailed to the county clerk’s office, court papers show.

When FBI agents confronted Barry Morphew on April 22, they asked him why he submitted Suzanne’s ballot. He responded: “Just because I wanted Trump to win,” court papers allege, and he allegedly knew “she [referring to Suzanne Renee Morphew] was going to vote for Trump anyway.”