COVID-19s has been detected at a second mine in Papua New Guinea, after an employee at the Lihir Mine owned by Newcrest Mining tested positive for the disease.

The 30-year-old male, who flew in from Port Moresby at the end of July, is among 26 confirmed cases reported on Sunday by the National Pandemic Control Centre in the capital Port Moresby.

The island nation has now reported a total of 214 coronavirus cases and three deaths. 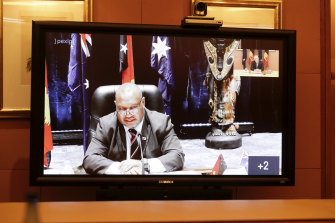 The Lihir mine case was detected during a routine screening process for all incoming workers who have to observe a mandatory 14-day quarantine period upon arrival on the mine site.

It comes after PNG's Ok Tedi copper and gold mine suspended operations for at least 14 days from Wednesday, after seven workers tested positive for the new coronavirus.

While the number of cases in PNG are still low compared with many other countries, they have jumped sharply over the past few weeks.

"This is a critical time for all of us," National Pandemic Response Deputy Controller Paison Dakulala said in a statement.

The virus escaped a testing lab in the main general hospital in Port Moresby infecting at least four health workers in mid July. Within 14 days, there would be 72 confirmed cases and two deaths.

Australia has sent a medical assistance team (AUSMAT) of specialists and crisis response staff to Port Moresby and is helping with equipment and machinery supplies, as well as testing, contact tracing, logistics and other financial and in-kind support.