It comes after the Michigan Governor, who campaigned against Donald Trump’s illegal immigrant barrier, claimed she had received an "explosion in death threats" because of her strict Covid-19 lockdown rules. 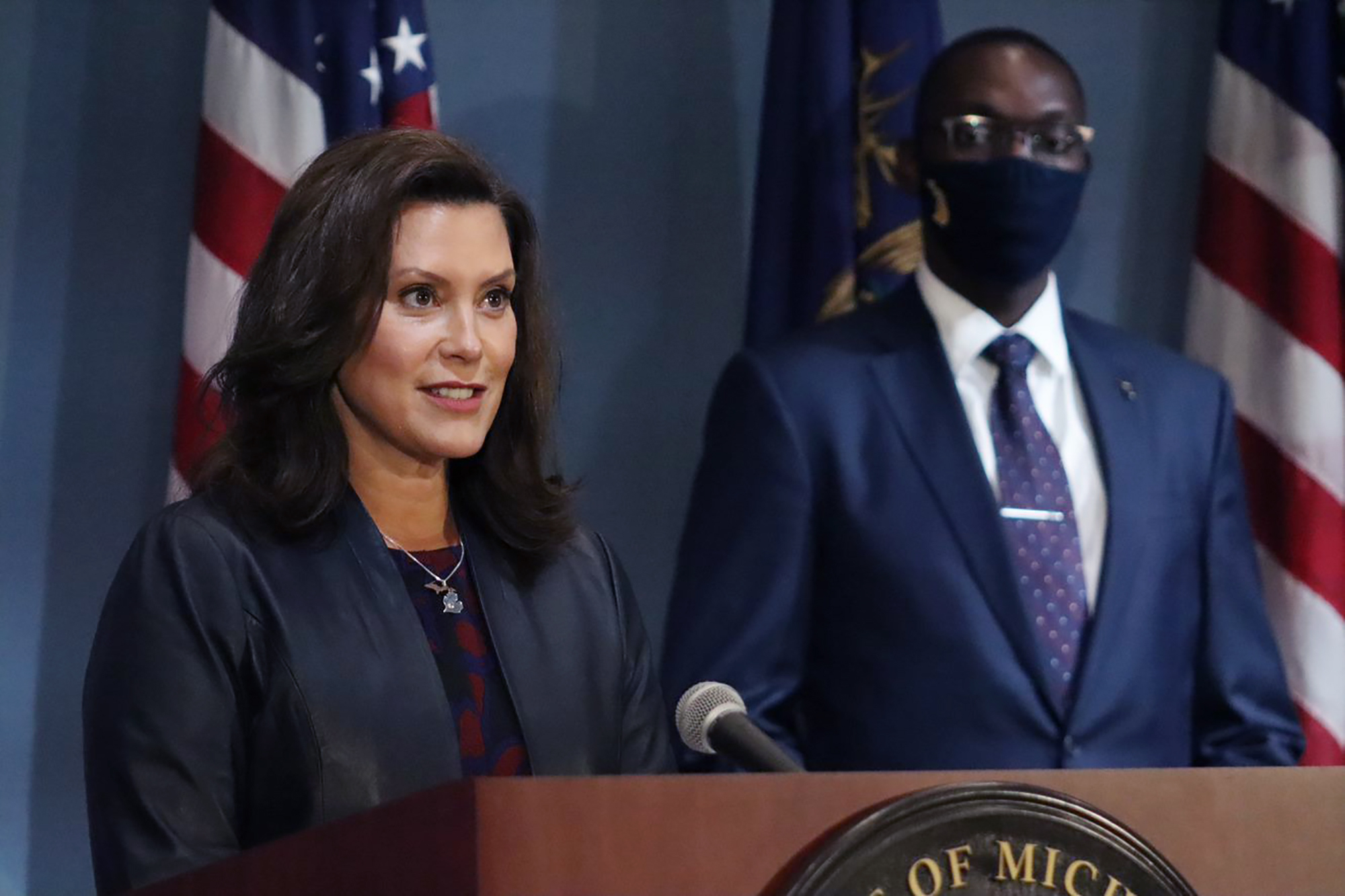 The eight-foot-tall fence has appeared in recent weeks around the governor's residence property in Lansing, with a sign warning "Danger. High voltage. Unauthorized persons keep out".

Gov Whitmer spokeswoman Tiffany Brown called the renovations "routine maintenance and upgrades" that were needed to "to ensure the safety, security and protection of any sitting governor and the first family," reports the Detroit News.

In May she had to be protected by state police amid demonstration about her strict Covid-19 lockdown measures where a militia tried to storm the floor of the state house.

One protester even wielded a hanged doll to represent the governor.

Ever since she claimed there has been an "explosion of threats" against her.

'WE CHOSE BRIDGES NOT WALLS'

But Trump supporters have slammed her for hypocrisy because of her vocal opposition to building the Mexico–United States barrier.

Speaking after she was elected in 2018, she said: "Today the voters of Michigan made a choice in this election.

"The people have spoken, and we chose hope and inclusion. We chose respect and collaboration.

"And we chose bridges over walls."

She also tweeted: "$40 BILLION for the wall.

"Think how many kids that would educate, how many roads, bridges and pipes it would fix."

Some critics on the right slammed Whitmer's approval of a wall as hypocritical after she called President Trump's border wall "costly and ineffective."

First-term governor Whitmer has also experienced controversy after angering Trump with her strict stay home orders in the state to mitigate the spread of COVID-19.

Whitmer, 48 — who previously served in the Michigan state House and Senate, and was a county prosecutor — comes from one of the three states the president won over Hillary Clinton in 2016.

In May there were weeks of protests against her strict lockdown on the streets of Lansing, which saw a brawl break out when one protester wielded a naked doll hanging from a noose representing Whitmer.

She slammed the protests inside the state capitol, saying the demonstration reminded her of some of the "worst racism” in US history.

In an interview on CNN's State of the Union, Whitmer called the protest of armed citizens "outrageous" and said their behavior "is not representative of who we are."

"Some of the outrageousness of what happened at our capitol depicted some of the worst racism and awful parts of our history in this country," she told host Jake Tapper.

"The Confederate Flags, and nooses, the swastikas, the behavior that you have seen in all of the clips is not representative of who we are in Michigan," she continued. 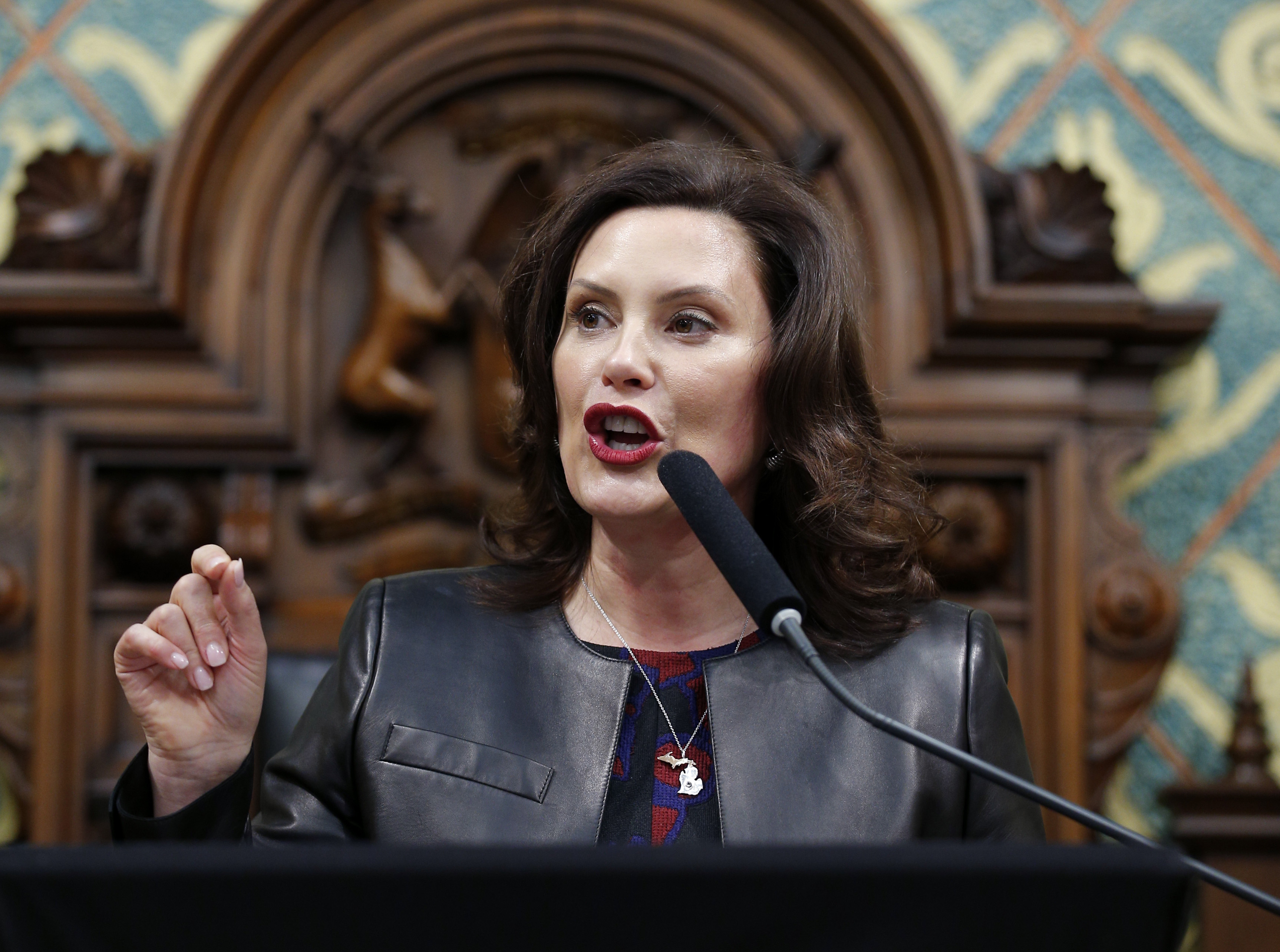 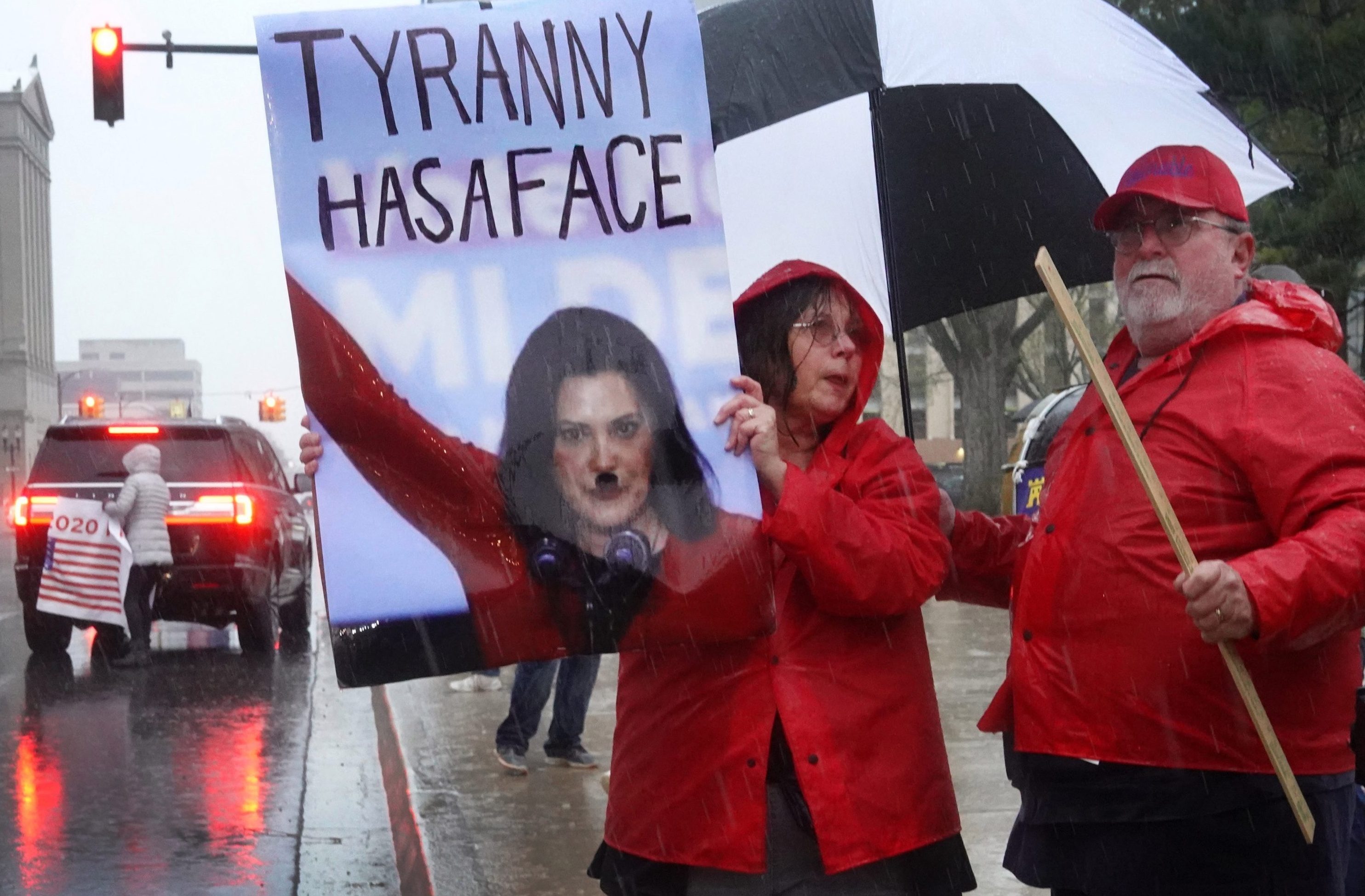 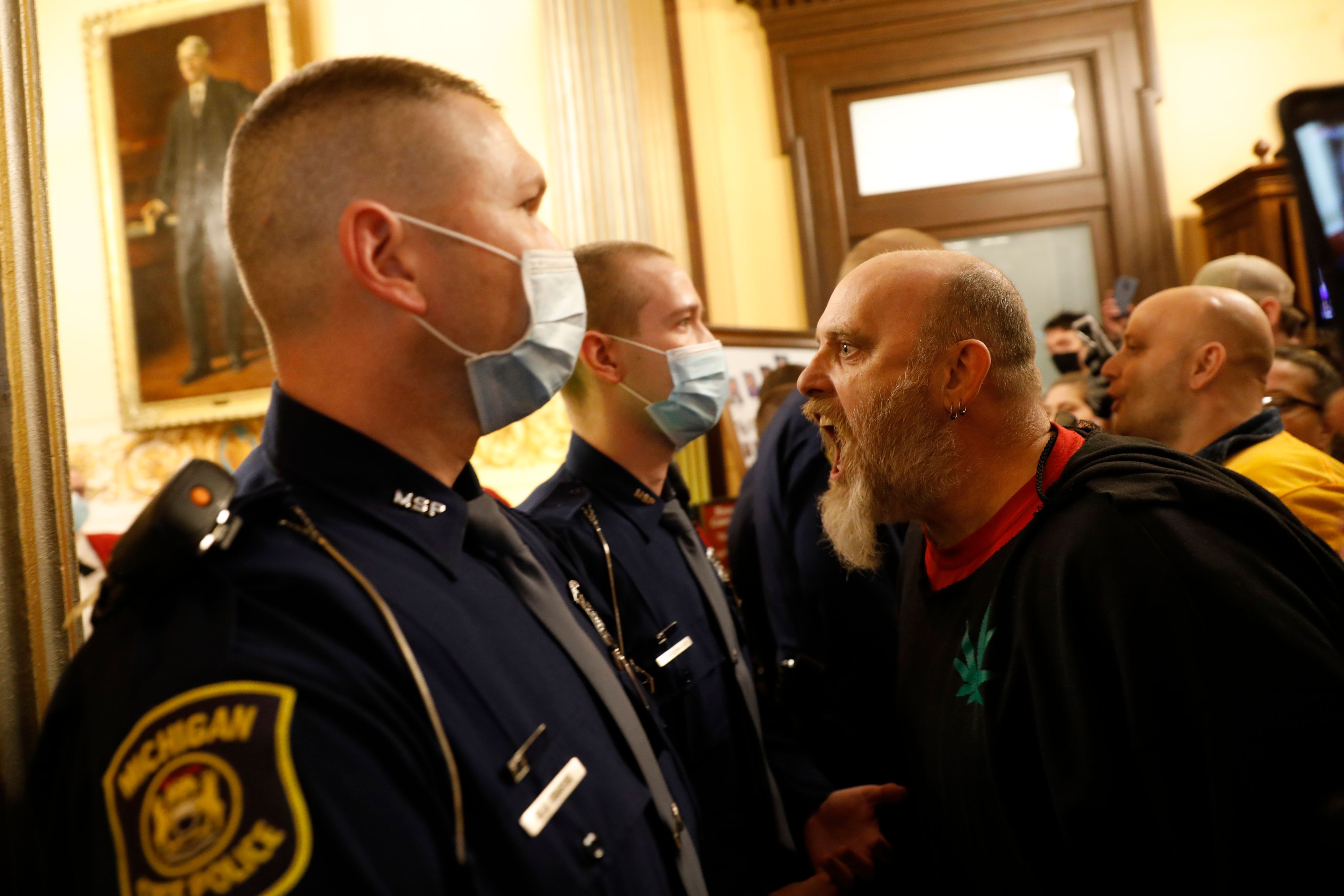 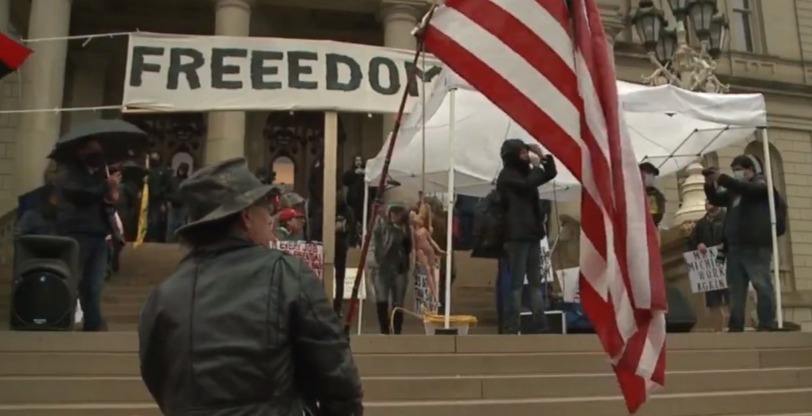 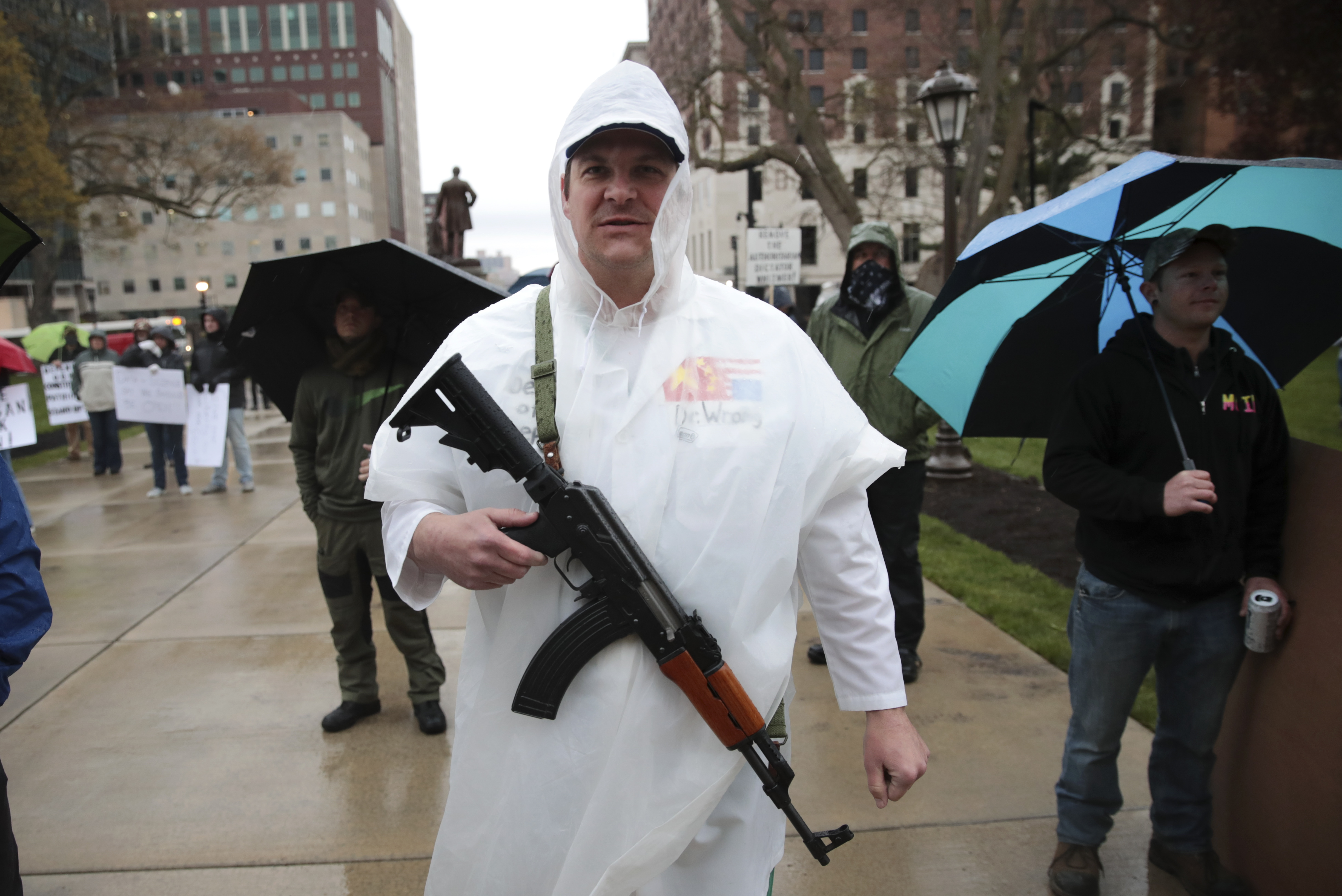