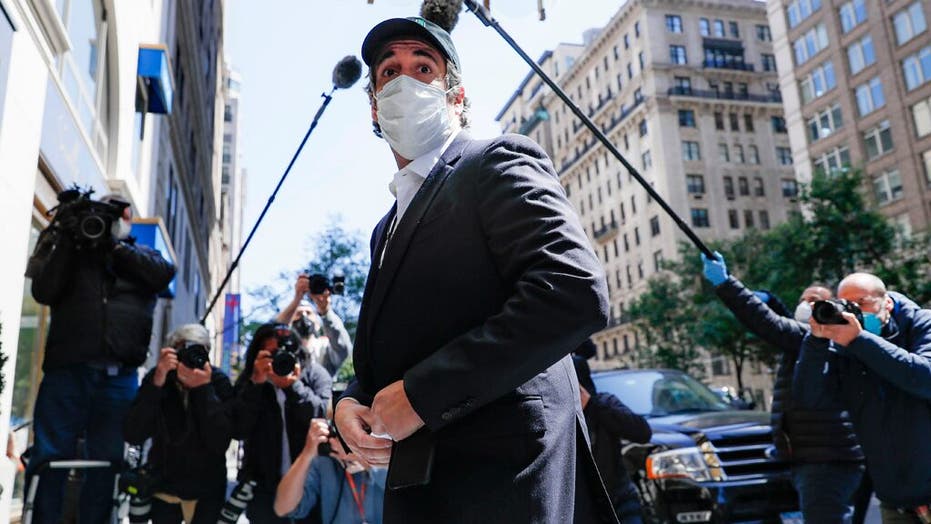 Michael Cohen could soon be back to chowing down in a prison cafeteria.

The recently sprung jailbird was caught by The Post dining out on Manhattan’s Upper East Side — and the meal may cost him his freedom, legal experts said Friday.

Exclusive photos show President Trump’s former personal lawyer seated at a sidewalk table outside Le Bilboquet, a French restaurant around the corner from his Park Avenue apartment, on Thursday night.

Cohen, his wife, Laura, and another couple spent about an hour chatting before they became the last patrons to leave around 11:30 p.m.

At the time, staffers were preparing to close the eatery, where the “signature” dish of Cajun chicken costs $36 and a “New York Prime” steak is $55. 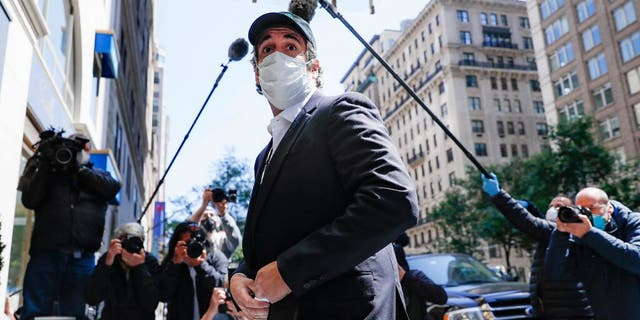 Michael Cohen arrives at his Manhattan apartment, Thursday, May 21, 2020, in New York. President Donald Trump’s longtime personal lawyer and fixer was released federal prison Thursday and is expected to serve the remainder of his sentence at home.
(AP)

The Cohens both put on face masks before exchanging hugs with the other couple and walking off.

Cohen has also eaten at another posh, nearby restaurant, Avra Madison on East 60th Street, one source and one staffer told The Post.

“He’s nice, and used to come here all the time,” the staffer said of Cohen’s visit earlier this week.

But the federal Bureau of Prisons released him due to the coronavirus crisis on May 20 — even though a judge had refused to reduce his sentence for the same reason two months earlier.

MICHAEL COHEN RELEASED FROM PRISON TO HOME CONFINEMENT AMID CORONAVIRUS

At the time of Cohen’s release, his lawyer, Jeffrey K. Levine, told The New York Times, “He’s glad to be home in a safer and healthier environment.”

“It’s still his prison until his sentence is over,” Levine added. 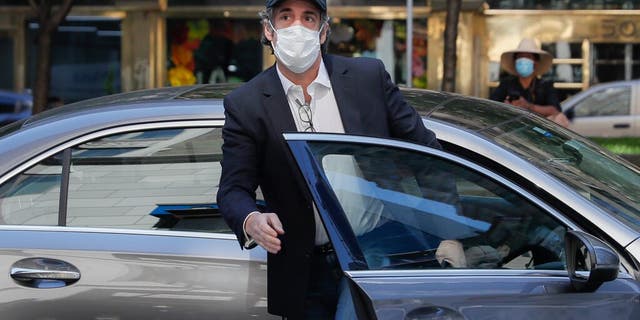 Michael Cohen arrives at his Manhattan apartment, Thursday, May 21, 2020, in New York.
(AP)

But on Friday, Levine defended Cohen’s evening out, saying that Cohen “is currently on furlough” and that he “did not violate any of the terms and conditions of his release … and any assertion or suggestion to the contrary would be wholly inaccurate and untrue.”

The BOP form for furlough applications requires that an inmate provide a furlough address and acknowledge by signature that “I am authorized to be only in the area of the destination shown above and at ordinary stopovers or points on a direct route to or from that destination.”

Conditions listed on the form also include a provision that says, “I will not leave the area of my furlough without permission, with exception of traveling to the furlough destination, and returning to the institution.”

Ex-BOP official Cameron Lindsay, a former warden at the federal lockup in Brooklyn, said Cohen’s restaurant visit “doesn’t look right” and could be considered a violation of his furlough conditions.

“I find it unusual that he’s out to dinner,” said Lindsay, who now works as a consultant and expert witness.

“I don’t know that I ever remember furloughs being approved for social reasons.”

A prominent Manhattan defense attorney also called Cohen’s actions “something that I’ve never seen before” and said it was “common sense” that “he shouldn’t be dining at restaurants.”

“It’s a privilege to furloughed as a result of the coronavirus,” the lawyer said.

Cohen has eaten at Avra before — in April, 2018, he had a run-in there with Michael Avenatti — a fellow disgraced lawyer who has been recently sprung from federal prison over coronavirus concerns.

This story originally appeared in the New York Post.