London: Meghan Markle has said the changing of her name on her son’s birth certificate was “dictated” by Buckingham Palace, as she launched another tirade against tabloid newspapers.

Her given names, Rachel Meghan, were removed from the document in June 2019, a month after Archie was born. The Duchess said it was “offensive” to suggest she had wanted to be “nameless” on her own child’s birth certificate. 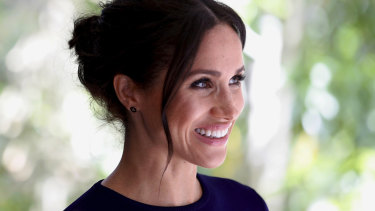 Meghan Markle has lashed out at Britain’s tabloids.Credit:AP

On the original certificate, registered on May 17 2019, the Markle gave her name as “Rachel Meghan Her Royal Highness The Duchess of Sussex”. But 19 days later on June 5, the Duchess and her husband submitted alterations to both their names.

Markle’s name was “corrected” to merely read “Her Royal Highness Duchess of Sussex”. The Duke’s name was also changed to insert the word “Prince”, which had been left out of the original.

Following speculation about the reasons for the changes, Markle issued an astonishing attack on tabloid newspapers “and their carnival of so-called experts”. She said the alterations were forced on the couple by Palace officials.

A spokeswoman for Markle said: “The change of name on public documents in 2019 was dictated by the Palace, as confirmed by documents from senior Palace officials. This was not requested by Meghan, The Duchess of Sussex nor by The Duke of Sussex. 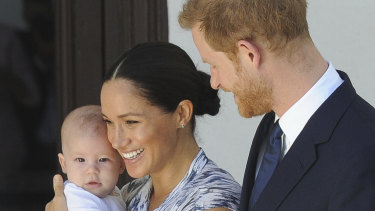 Meghan, Duchess of Sussex with Prince Harry and their son Archie.Credit:AP

“To see this UK tabloid and their carnival of so-called ‘experts’ choose to deceptively whip this into a calculated family ‘snub’ and suggest that she would oddly want to be nameless on her child’s birth certificate, or any other legal document, would be laughable were it not offensive. There’s a lot going on in the world; let’s focus on that rather than creating clickbait.“

On Sunday, Palace sources suggested that a “clerical error and nothing more than that” was to blame for the alteration to Archie’s certificate.

The Daily Telegraph understands that the Markle altered all her official documents – including her US passport – following her marriage.

In some cases she remains “Meghan, The Duchess of Sussex” such as on the Archewell podcast following a deal with Spotify. Adding to the complexity, though still entitled to call herself Her Royal Highness, part of the deal reached after the couple left for the US, they agreed not to actually use HRH titles.

Lady Colin Campbell, an author on royal matters who spotted the amendment, had told The Sun on Sunday newspaper: “It is extraordinary and raises all kinds of questions about what the Sussexes were thinking.“

Michael Rhodes, the editor of Peerage News blog and an authority on royal naming convention, told The Telegraph that royal birth certificates had varied with regards to the “title and style of the mother’s name”.

“It’s not set in stone. However, I fail to see why Archie’s certificate required any alterations. No status is changed because of it,” he added.

Ingrid Seward, of Majesty Magazine, said: “As far as I know this is unprecedented. But why it has been done is a bit of a mystery.“