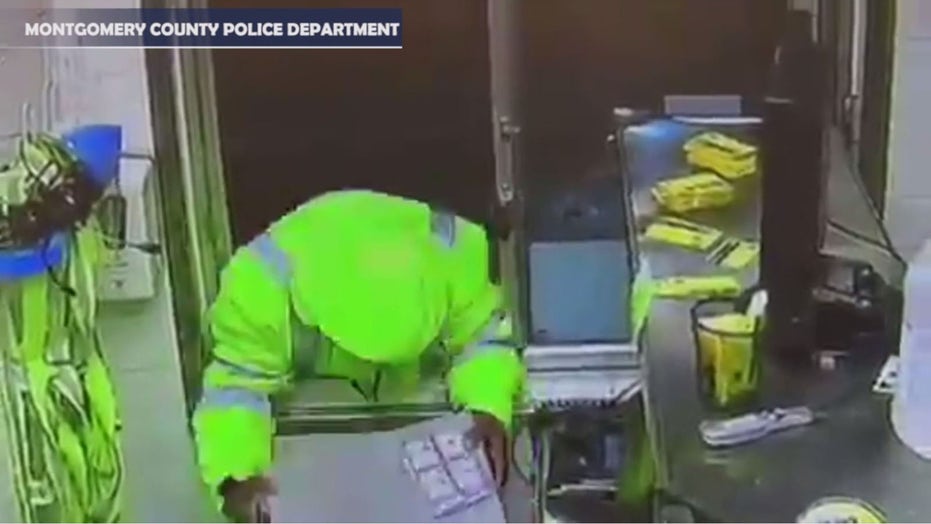 Police in Maryland’s Montgomery County have appealed for the public’s help after armed individual stole from a McDonald’s restaurant in December.

Investigators in Maryland have released surveillance video of an armed robbery at a McDonald’s drive-thru window in the hope of identifying the suspect.

The incident at the fast-food restaurant in Gaithersburg, located about 23 miles outside Washington, D.C., happened just after 1 a.m. on Dec. 18, the Montgomery County Police Department said in a statement.

The suspect, wearing a neon green jacket with reflectors and a face mask, walked up to the drive-thru and pulled a handgun on an employee working at the window, investigators said. He then demanded cash. 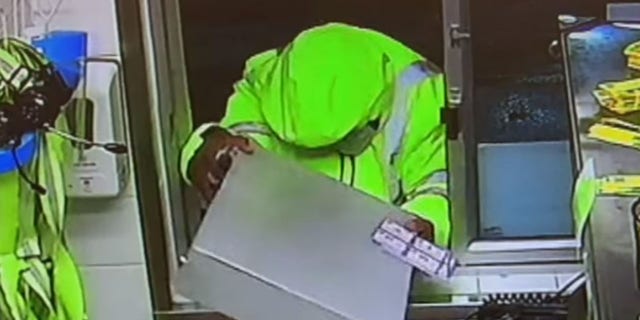 The suspect yanked the cash register drawer out through the drive-thru window and ran away, investigators said.
(Montgomery County Police Department)

Surveillance video shows the man pointing a handgun at the employee as he reaches through the window. The employee appears to escape before the suspect snatches the cash register drawer and runs away. Police did not immediately say how much cash was taken from the restaurant.

Police asked anyone with information about the suspect or the armed robbery to call the department’s Major Crimes Division at 240-773-5100.