Thousands of volunteers in Mauritius are racing to contain a catastrophic oil spill swamping its pristine ocean and beaches on Sunday.

Attempts to stabilise the stricken vessel, which ran aground on July 25 but only started leaking oil this week, and pump 4,000 tonnes of fuel from its hold have failed, and local authorities fear rough seas could further rupture the tanker. 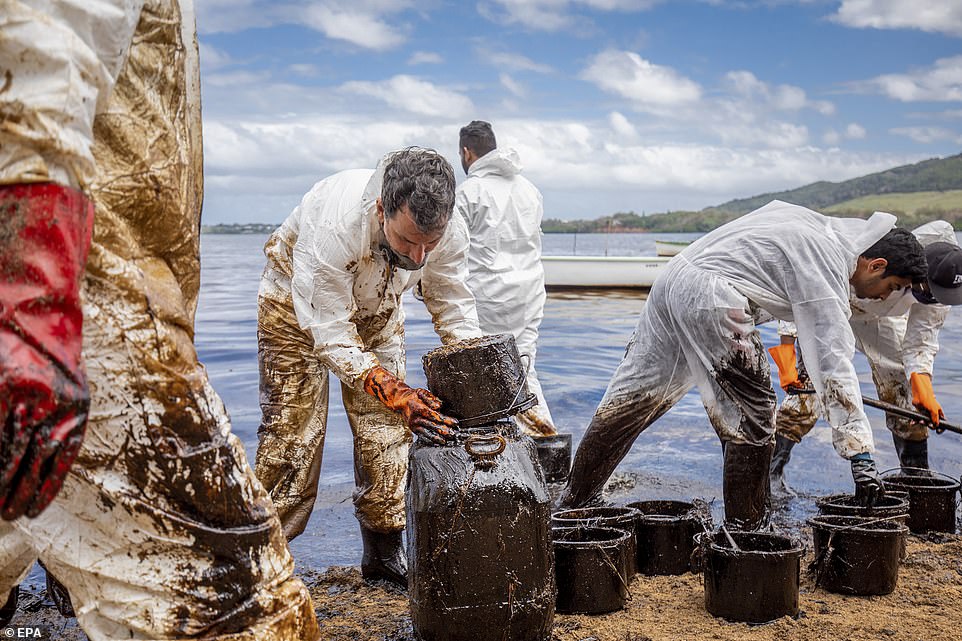 Volunteers line the beaches, many smeared head-to-toe in black sludge, in a desperate attempt to hold back the oily tide 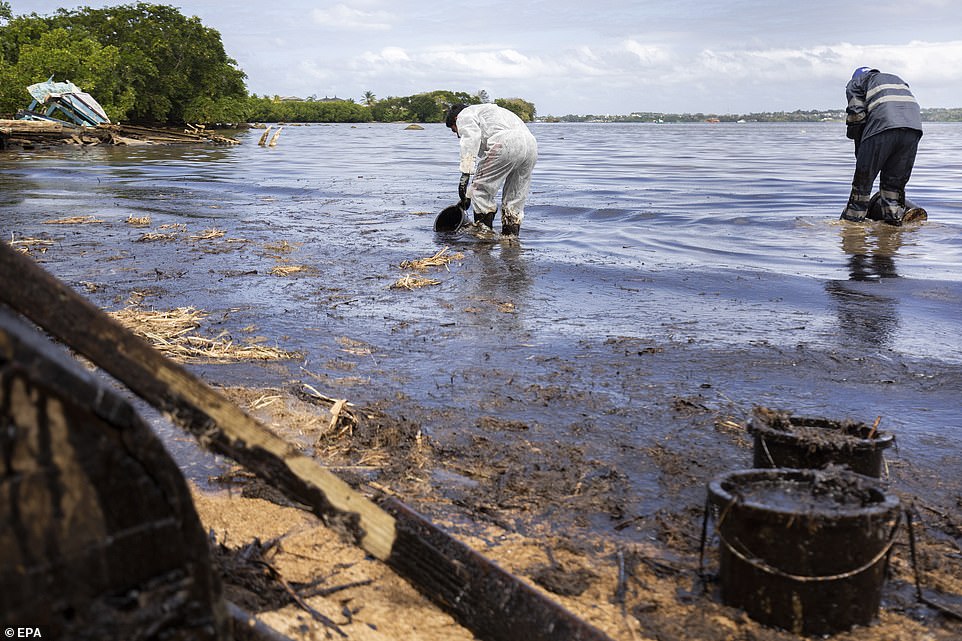 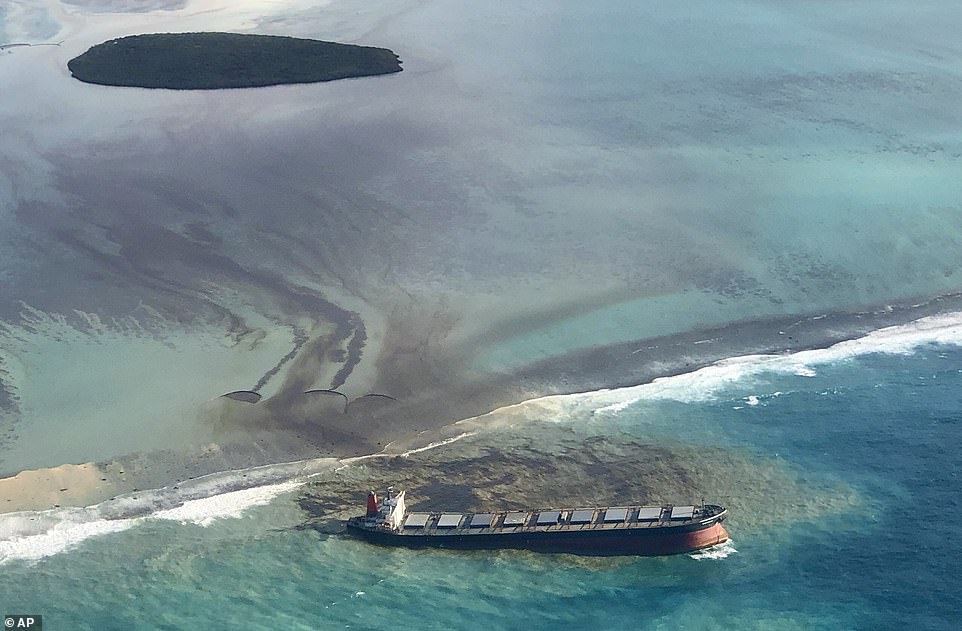 An aerial photograph shows the MV Wakashio, a Japanese owned Panama-flagged bulk carrier ship leaking oil after it ran aground on a coral reef off the southeast coast of Mauritius on July 25

Japan said Sunday it would send a six-member expert team to assist, joining France which dispatched a naval vessel and military aircraft from nearby Reunion Island after Mauritius issued an appeal for international help.

Thousands of volunteers, many smeared head-to-toe in black sludge, are marshalling along the coastline, stringing together miles of improvised floating barriers made of straw in a desperate attempt to hold back the oily tide.

Mitsui OSK Lines, which operates the vessel owned by another Japanese company, said Sunday that 1,000 tonnes of fuel oil had escaped so far.

But conservationists say the damage could already be done.

Aerial images show the enormous scale of the disaster, with huge stretches of azure seas around the marooned cargo ship stained a deep inky black, and the region’s fabled lagoons and inlets clouded over. 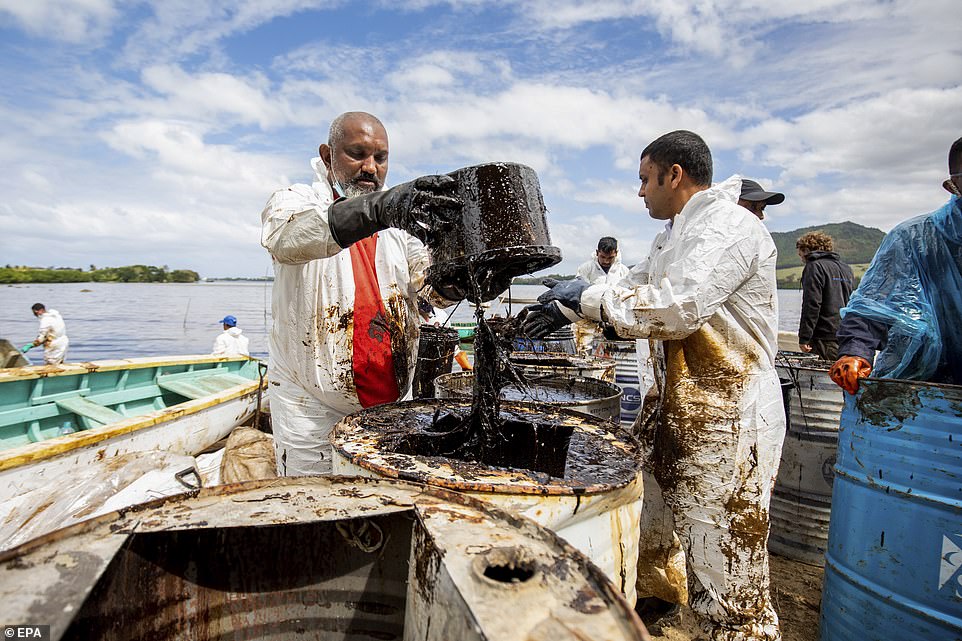 Around 1,000 tons of oil have already been spilt into the Indian Ocean prompting the government in Mauritius to declare an unprecedented environmental emergency 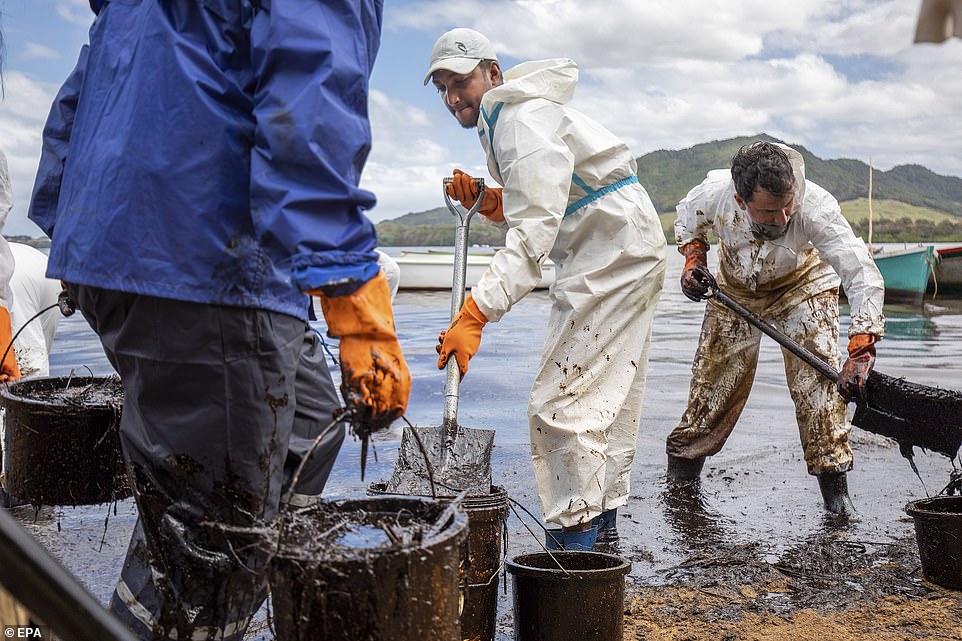 Volunteers clean up oil washing up on the beach as they try to contain the oil slick. Anxious residents are making floating barriers of straw in an attempt to contain and absorb the oil

Thick muck has inundated unspoiled marine habitats and white-sand beaches, causing what experts say is irreparable damage to the fragile coastal ecosystem upon which Mauritius and its economy relies.

Pressure is mounting on the government to explain why more wasn’t done in the two weeks since the bulker ran aground.

The opposition has called for the resignation of the environment and fisheries ministers, while volunteers have ignored an official order to leave the clean-up operation to local authorities, donning rubber gloves to sift through the sludge.

‘People by the thousands are coming together. No one is listening to the government anymore,’ said Ashok Subron, an environmental activist at Mahebourg, one of the worst-hit areas.

‘People have realised that they need to take things into their hands. We are here to protect our fauna and flora.’ 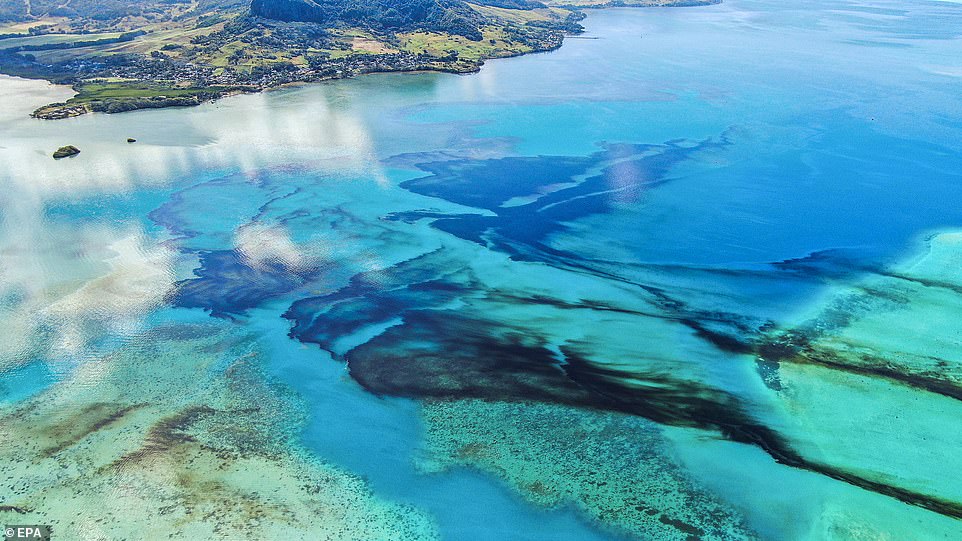 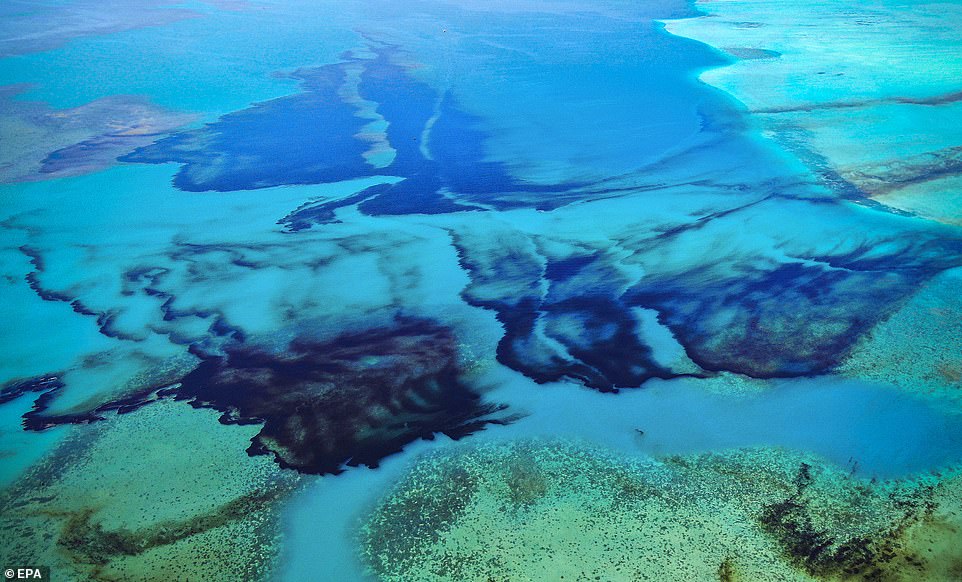 Police said Sunday they would execute a search warrant granted by a Mauritius court to board the Wakashio and seize items of interest, including the ship’s log book and communication as part of its investigation into the accident.

The ship’s captain, a 58-year-old Indian, will accompany officers on the search, police said. Twenty crew members evacuated safely from the Japanese-owned but Panamanian-flagged ship when it ran aground are under surveillance.

Prime Minister Pravind Jugnauth has convened a crisis meeting later Sunday, after expressing concern that forecast bad weather could further complicate efforts to stymie the spill, and cause more structural damage to the hull. 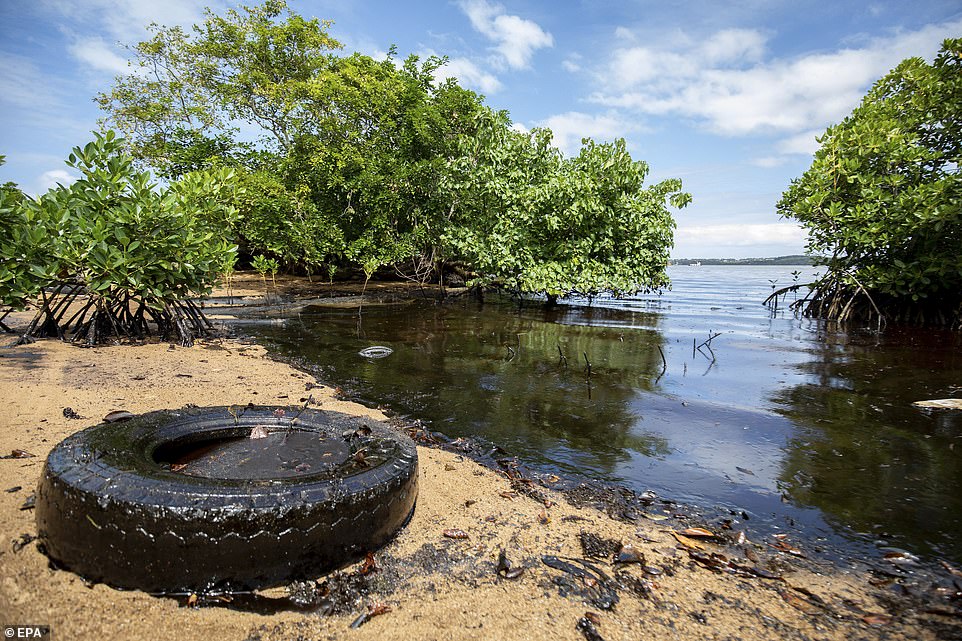 Ecologists fear if the ship further breaks it could inflict a potentially fatal blow to on the island nation’s coastline.

Mauritius and its 1.3 million inhabitants depend crucially on the sea for ecotourism, having fostered a reputation as a conservation success story and a world-class destination for nature lovers.

But it also relies on its natural bounty for food and income. Seafarers in Mahebourg, where the once-spotless seas have turned a sickly brown, worried about the future.

‘Fishing is our only activity. We dont know how we will be able to feed our families,’ one fishermen, who gave his name as Michael, told AFP.