A MASSIVE great white shark estimated to be at least 10 feet long was spotted close to a Cape Cod beach in Massachusetts over Labor Day Weekend.

Stunning video and photos of a shark fin gliding through the water were captured by beachgoers just a few feet from the shore. 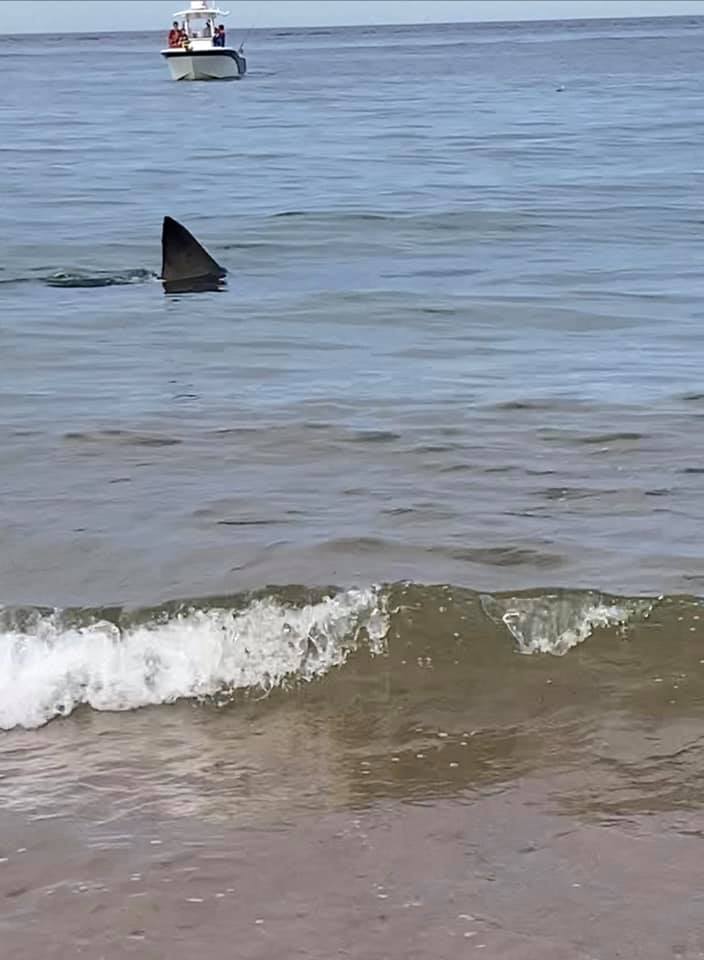 Tamzen McKenzie uploaded a series of photos and a one-minute video clip of her encounter on Facebook on September 6.

McKenzie wrote: "Less then 10feet from shore, approximately 12-14 feet long and 3-4 feet wide!!! It swam back & forth in front of us for about 10min….pretty AMAZING!!! And no injuries!! Excuse the swearing or yelling in the videos!!"

The sighting of the massive shark happened in a part of the beach with no lifeguards or cellphone service, according to local media WBZ-TV. 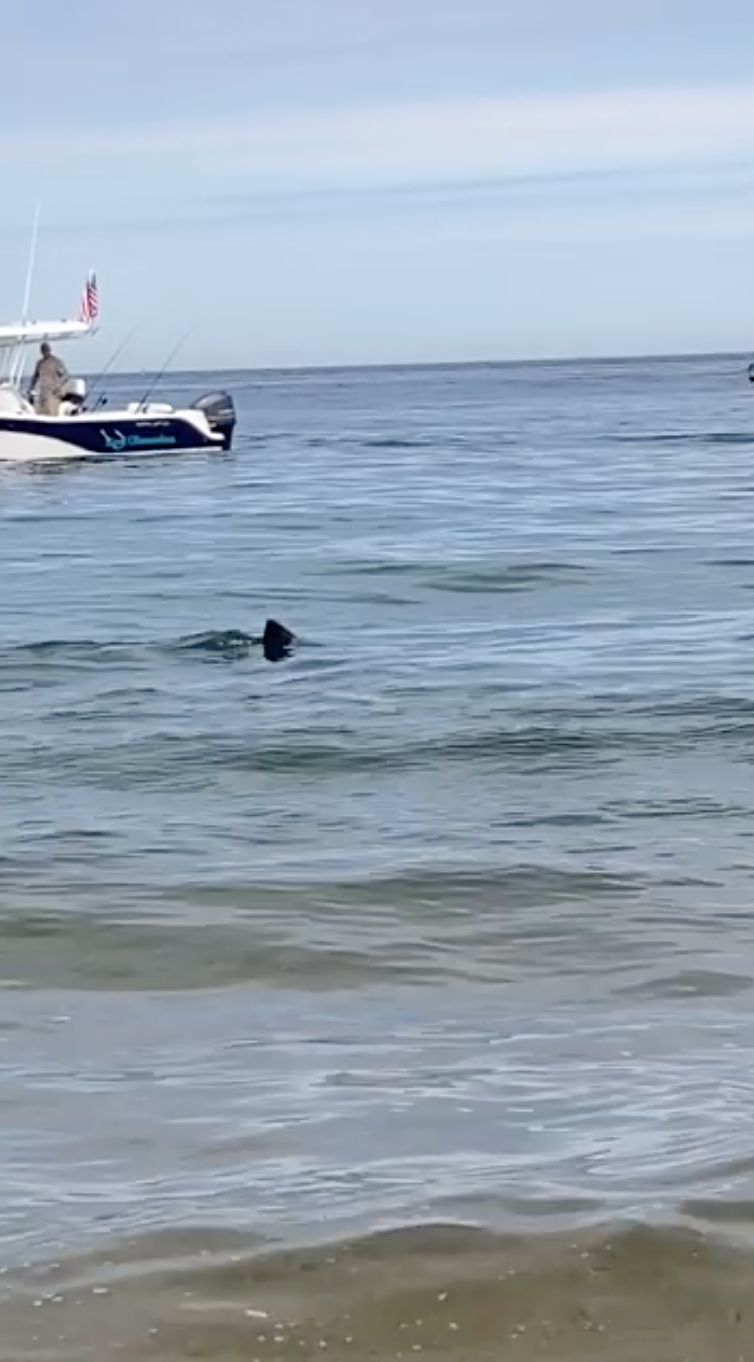 McKenzie called the sighting "super interesting" and told the news agency that “we’ve never seen one that close.”

Atlantic White Shark Conservancy has used McKenzie's encounter to warn beachgoers that the peak time for shark activity off the Massachusetts coastal areas stretches from August through October.

An advisory was accompanied by a short clip of a big shark swimming off Cape Cod.

It read: "As the fall season approaches, we would like to remind everyone that white sharks are still off of the Cape Cod coastline. Based on tagging data, peak white shark activity is in August, September, and October. Remember to be shark smart."

Dozens of sharks were spotted over the Labor Day Weekend in Massachusetts, according to Sharktivity.

It aims to help raise awareness of the presence of white sharks off Cape Cod.