A MAN and woman were stabbed to death in south London in a broad daylight attack today.

Cops were called to a home in Stockwell at around 4pm and found two people with "multiple stab injuries". 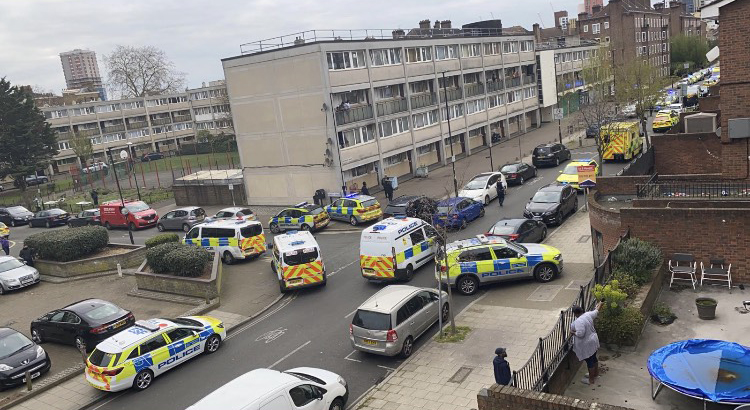 Medics tried to save the pair but the 44-year-old man and 56-year-old woman were pronounced dead.

Officers had raced to the property after concerns for the welfare of a man were reported.

Six people have been arrested on suspicion of murder, with all in custody.

Detective Chief Inspector Richard Leonard said: “I understand that this is an extremely shocking incident for the residents of this area and the wider community.

"The investigation is at a very early stage but my team and I are working hard to establish the full circumstances that led up to this tragic incident.

"If anybody has any information that could help our investigation please do get in contact.”

Lambeth councillor Mohammed Seedat tweeted: "We are working with @LambethMPS to ascertain circumstances of 2 people murdered in the Stockwell area of Lambeth.

"Colleagues tried to save life but were unsuccessful. #COVID19 unfortunately bringing out the worst behaviours of humanity as well as the best. Stay indoors, stay safe."

To remain anonymous, please contact the independent charity Crimestoppers on 0800 555 111.

It comes after a man in his 30's was found stabbed in Walthamstow yesterday evening.

Medics raced to the scene in Alexandra Road but the victim died shortly afterwards.

He hasn't been identified yet and is thought to be in his 30's.

Cops are working to name the man and tell his next of kin.

A man in his 20's was arrested on suspicion of murder and taken into police custody.