A suspect in the disappearance of toddler Madeleine McCann attacked his British ex-girlfriend in a jealous rage, then hid waiting for her under the bed.

Christian Brueckner viciously assaulted the woman, who does not want to be named, after she hugged another man, by slamming her head against the wall of a ladies toilet at a bar in the Algarve.

Brueckner then broke into her flat and hid under the bed, waiting for her to return, but when she got back he calmly left, saying ‘goodbye’ on his way out, as reported by the Daily Mirror.

The couple ended their relationship in mid-2005, and he then embarked on a stalking campaign against her, but was never charged, despite Portuguese police being called out twice to deal with him.

She has now revealed the convicted paedophile could be responsible for killing Madeleine. 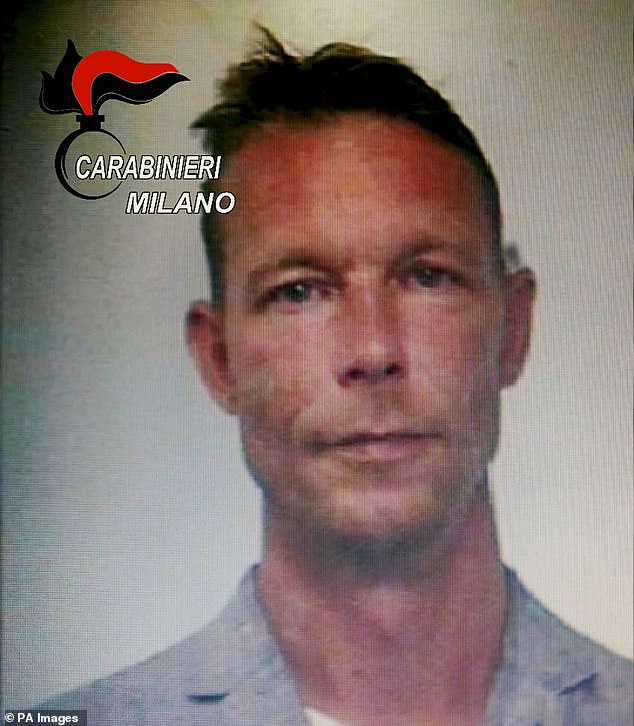 Christian Brueckner (pictured) viciously assaulted the woman, who does not want to be named, after she hugged another man

The victim, from Berkshire, told the newspaper:  ‘Until now I’ve refused to believe someone I was involved with could commit such a horrible and disgusting thing like hurting a child.

‘But I’m not sure anymore. I’m starting to wonder if he did do it. And if he did, he needs to be really punished for it.’

‘It’s chilling to think my ex is suspected of abducting Madeleine McCann. I can’t cope with it.’

Brueckner is at the centre of a major row in Germany over whether he should be freed as it emerged that a judicial error meant he was released from prison in 2018 and allowed to travel undisturbed through Europe for weeks.

The serial sex offender, who has a total 17 convictions and is being held in solitary confinement in a high-security prison in north Germany allegedly for his own safety, has now applied for early release after reaching the two thirds point of a drug dealing sentence on Sunday.

He has not been charged over Madeleine’s disappearance in 2007 and cannot be held for it. Prosecutors admitted they didn’t have enough evidence to question him. 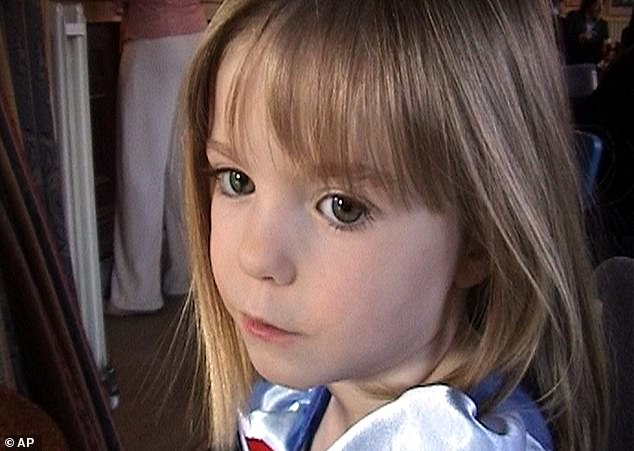 The 45-year-old first met Brueckner in the Algarve town of Lagos in late 2003 after spending a number of years in the Netherlands.

The woman would stay at his house rented farmhouse on the outskirts of Praia da Luz, and said he was ‘very charming’ and ‘chivalrous’.

But things started to change in 2004 when she met up with a male friend, and he had ‘previously threatened the guy’ for speaking to her.

The couple then began arguing and he said that ‘English women are all lazy’ for refusing to clean his house.

She said: ‘Chris was at the bar and was drunk. 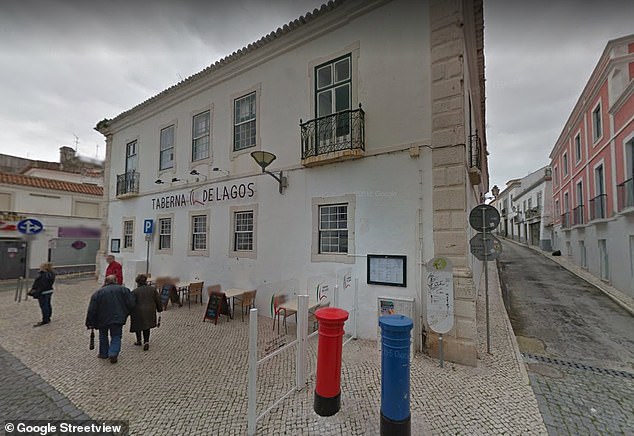 ‘Some really nice guys I’d made friends with came in from the bar next door to say happy New Year and gave me a hug.

‘Chris just suddenly came round the bar in a crazy rage and dragged me out in front of everybody.

‘He grabbed me by the neck, pulled me into the girls toilets and was ramming my head against the wall.’

She refused to talk to police and later was walked back home by some friends from the bar.

Brueckner came out from under the bed at her home and walked off,  but the couple were back together just a few weeks later.

It was finally over when the woman found underwear in a bag belonging to him, but he then embarked on a stalking campaign against her.

She added: ‘We had to call the police because he kept trying to get in,’ she said. ‘He was stalking me constantly.

‘One day I was carrying a big tray of drinks and because I wouldn’t talk to him he knocked them out of my hand and they went everywhere.

‘The police were called and he was banned from coming inside.’

She added that she is happy to talk to the British police.

It’s not the first time he has been accused of beating up woman as MailOnline revealed earlier today that he abused his ‘naïve’ teenage girlfriend Nakscije Miftari and put her family through hell, her sister said.

Elder sister Azra Miftari revealed that Nakscije, now 25, has been interviewed by German detectives about the convicted paedophile and is under the care of a social worker.

Azra recalled how Brueckner, who had an 18-month relationship with Nakscije in 2014, was repeatedly cruel: ‘He hit my sister. It was horrible for her.’