LORD Peter Mandelson grins as Jeffrey Epstein blows out the candles on a birthday cake in a photo taken months after the paedophile was charged in an underage sex probe.

The never-before-seen photograph shows Tony Blair’s former spin doctor at a party for the monster in his Paris lair. 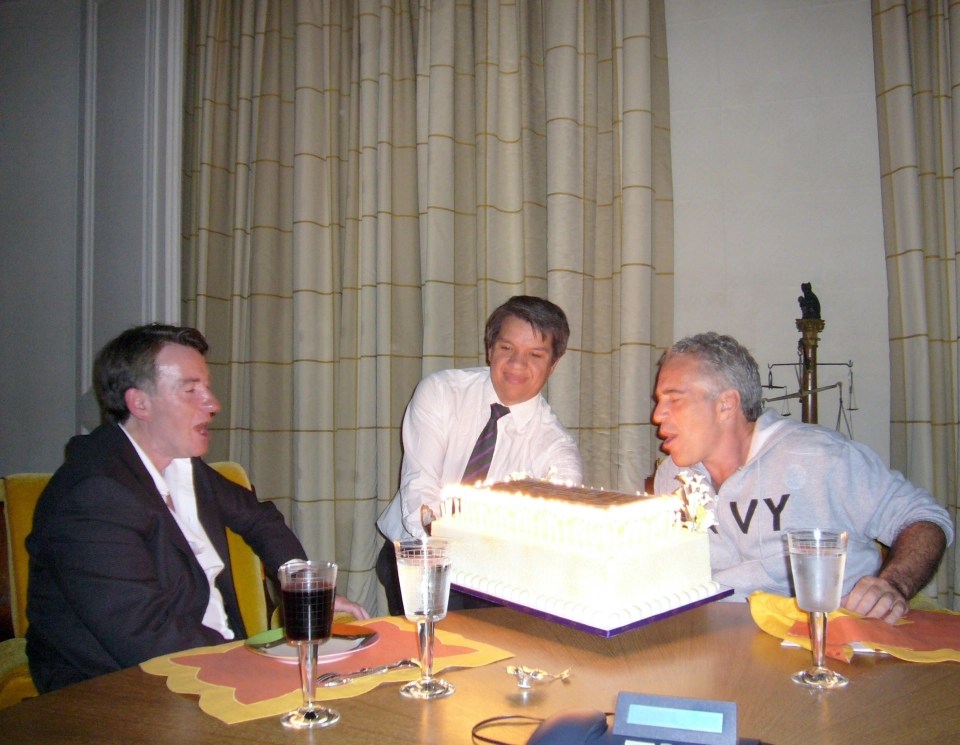 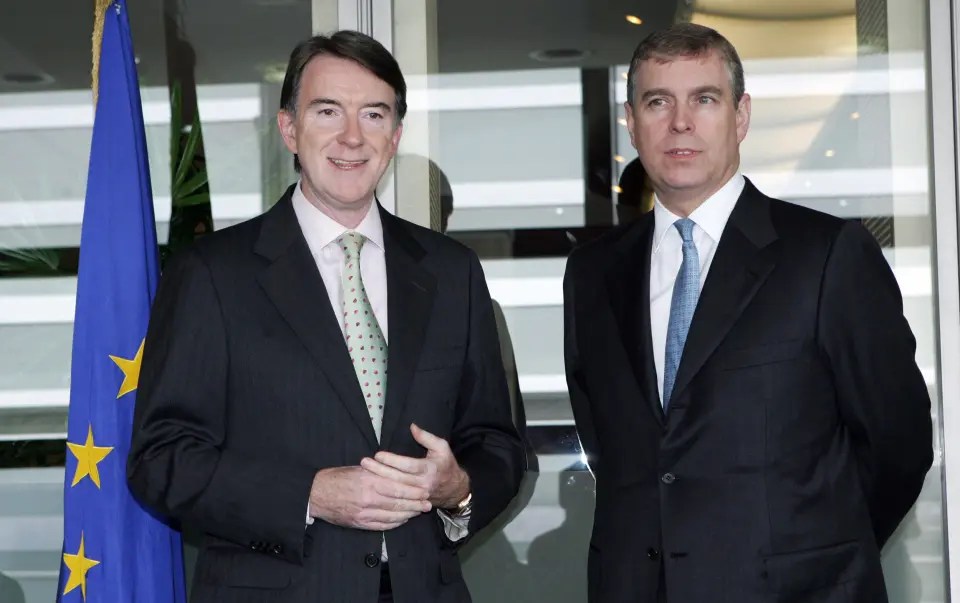 Mandelson was European Commissioner for Trade on a taxpayer-funded salary of more than £200,000 while his companion in the pic had been publicly accused of sex acts with minors a year earlier.

Ex-Cabinet minister Mandelson had been introduced to Epstein by Ghislaine Maxwell — just as she had introduced Prince Andrew to the billionaire US financier.

Prince Andrew and the “Prince of Darkness” — as Mandelson was known — also went on to enjoy a friendship, with the MP even ­lobbying for the duke to get a plum British trade posting.

The picture of Labour’s former Director of Communications with Epstein was taken after Epstein had been formally charged with soliciting a woman for prostitution in August 2006.

A US grand jury had refused to indict the ex-Wall Street trader on charges of sexual contact with minors — despite the police investigation uncovering evidence that he had abused underage girls.

Epstein eventually pleaded guilty to procuring a child for prostitution in 2008 — after our photograph with Mandelson was taken.

But news articles published before the photo detailed how the late tycoon allegedly had massages from girls as young as 14 and engaged in sex acts with minors.

A source told The Sun on Sunday last night: “This demonstrates how astonishingly close Peter Mandelson was to Jeffrey Epstein, even as his crimes were being exposed.

“Peter undoubtedly has questions to answer over this.

“It also shines a light on the cosy relationship Jeffrey, Ghislaine, Prince Andrew and Peter shared during this period.”

Mandelson, now 68, is shown in our exclusive photograph sitting at the dining table at Epstein’s £10million mansion in Avenue Foch.

Wearing a suit with white shirt, unbuttoned to his chest, the former Labour MP smiles at Epstein, with a glass of red wine in front of him.

Casual Epstein prepares to blow out the candles on a giant birthday cake held by a staff member.

At the time, Mandelson had stood down as an MP — after resigning twice from the government, including in 1998 over a financial☻sleaze probe. In 2019, an acquaintance of Mandelson said he had met Epstein through Maxwell and was with the tycoon on a total of “no more than five or six occasions”.

They added: “Peter only knows him because of a friendship with Ghislaine, who he met in the 1980s and has known ever since.”

That is the decade when Prince Andrew, now 61, also met Maxwell, while she was an Oxford student. 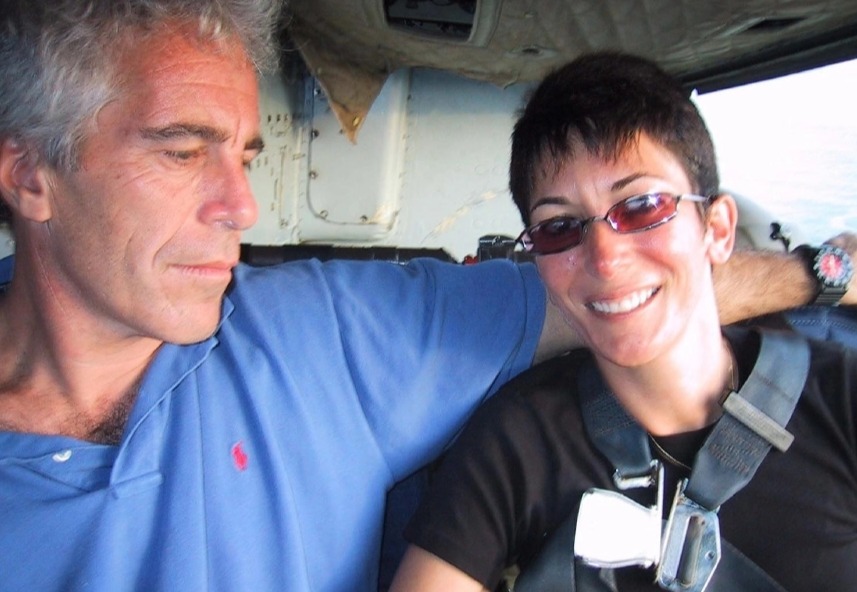 But it was in the late 1990s and 2000s when Andrew and Mandelson’s social circles collided.

Records show Maxwell and Mandelson both went to an event for the homeless in London in 1998, attended by the “famous and beautiful” such as model Elle Macpherson.

The following year, the friendship between Mandelson and Andrew first made headlines when the Labour man was reported to be dining regularly at the prince’s then Sunninghill home near Ascot, Berks.

It was then he agreed to join the Full Stop NSPCC campaign against child abuse, which Andrew chaired, and showed up to a series of fund­raisers which the duke attended.

In 2000, both Mandelson and Andrew were said to have been witnesses at the wedding of merchant banker Sir Evelyn de Roths­child to Lynn Forester in St John’s Wood, North London. US entrepreneur Forester was a long-standing friend of Epstein and Maxwell.

Then in 2001, Mandelson was said to have helped give Andrew a leg-up to become Britain’s special representative for Trade and Investment after the royal’s retirement from the Navy.

Mandelson was reported to have given behind-the-scenes backing to the duke and become a key figure in lobbying for him to get the job.

Both men ended up working in the trade industry — the world that Epstein inhabited.

They were snapped together at conferences and also built links to other controversial rich men.

In 2009, they both agreed to attend the 30th birthday of Goga Ashkenazi, the socialite mistress of despotic Kazakhstan president Nursultan Nazarbayev’s son-in-law Timur Kulibayev.

He had purchased Sunninghill from Andrew in 2007, paying £3million over the £12million asking price in a deal which has never been properly explained.

In 2010, Kulibayev added Mandelson to his payroll after he spoke at an event organised by Samruk- Kazyna, the central Asian country’s private wealth fund.

Mandelson and the prince also forged links with Saif Gaddafi, the hugely wealthy son of the late Libyan despot. Both were also firmly on Epstein’s radar.

Andrew invited Epstein and Maxwell to the Queen’s “Dance of the Decades” party in 2000 at Windsor Castle and they were also pictured visiting Sandringham that year.

The prince stood down from his British trade role in 2011 after pictures emerged of him and Epstein walking in Central Park together in New York.

Mandelson accepted Epstein’s hospitality at glamorous dinners in Manhattan. One of their meetings included a £37,000 dinner party at Epstein’s New York mansion in 2002 — alongside guests including Donald Trump.

And in 2009, while Epstein was serving his prison sentence, Mandelson was said to have called him in an effort to be introduced to the head of the JP Morgan Chase bank.

In the call Epstein was said to have affectionately called Mandelson “Petie”. Mandelson is also said to have been present at a meeting with Maxwell and Epstein in 2011 — the year after the sex offender was released from prison.

A friend later said the meeting was a “complete accident” and he had only been invited along by his “old friend” Maxwell.

She has said: “I remember him [Mandelson] being at the house in New York, at a dinner party. He and Jeffrey talked business. I was never asked to give him a massage.”

There is no suggestion Lord Mandelson had any knowledge of Epstein’s crimes. The Sun on Sunday yesterday approached Mandelson for comment. 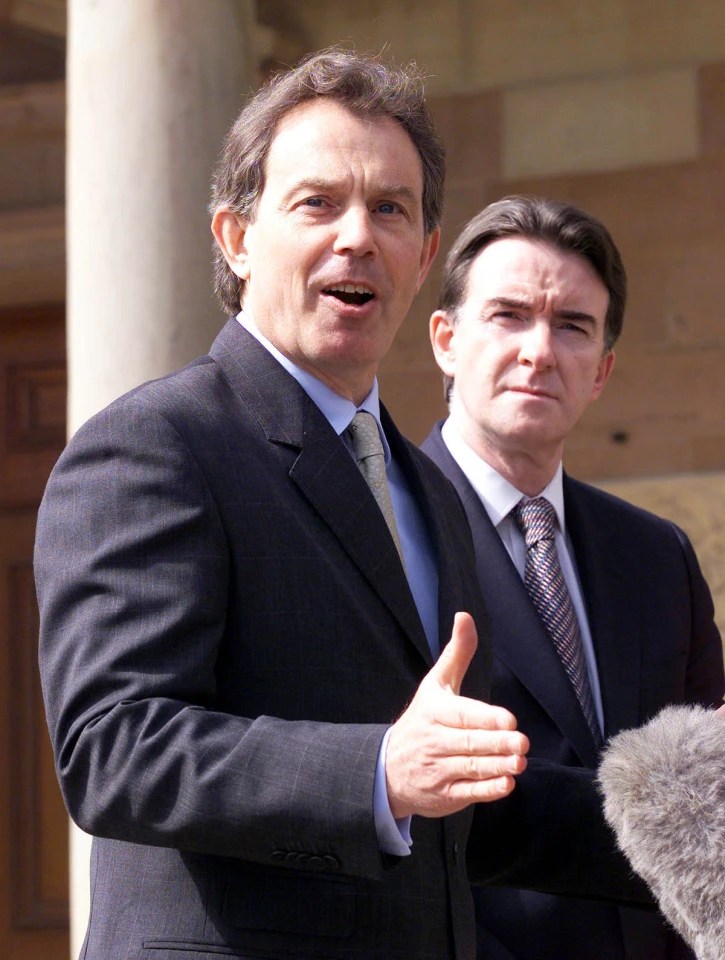 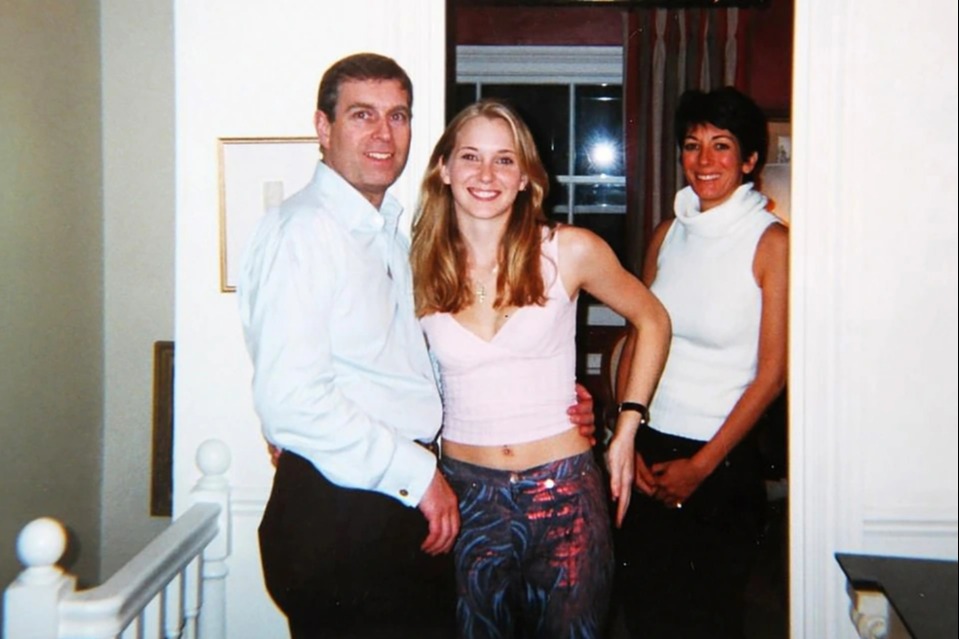