The number of crimes committed across England and Wales dropped last year as a result of the national lockdowns, with knife crime down nine per cent.

Data from the Office for National Statistics (ONS), showed there were 5.6 million crimes recorded by police, a fall of 8% compared with the 6.1 million the previous year.

The ONS said the annual drop was mainly driven by ‘substantial falls’ of 15% between April and June as the first lockdown restrictions were introduced.

While police-recorded crimes increased again from July to September as restrictions were gradually eased, they fell again in the last three months of the year as lockdown measures were reimposed. 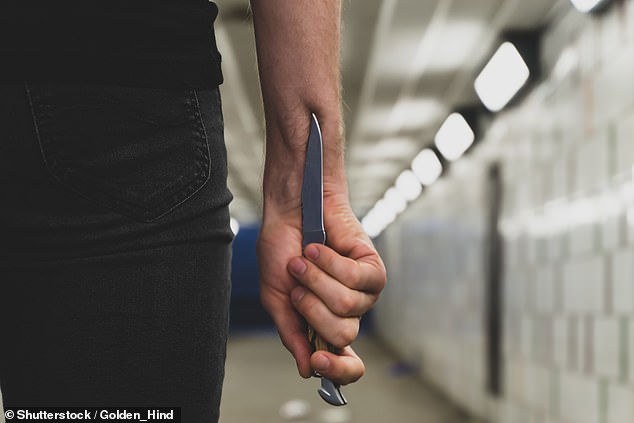 Knife crime fell by nine per cent during the year as a result of the national lockdowns owing to the pandemic, stats showed

Sophie Sanders, of the ONS Centre for Crime and Justice, said: ‘There were fluctuations in the level of crime experienced in England and Wales throughout 2020.

‘Although a small proportion of these fluctuations will be the result of seasonal effects on crime trends, the majority can be attributed to the introduction and subsequent easing of national lockdown restrictions throughout the year.

‘Most crime types have seen recorded offences fall year-on-year. The notable exceptions are drug offences, because of proactive police activity in crime hotspots during the first lockdown, while violence against the person also saw a small increase.’

While thefts, robberies, knife crimes, sexual offences and homicides fell there was a rise in domestic abuse, drug offences and violence against the person, the figures show. 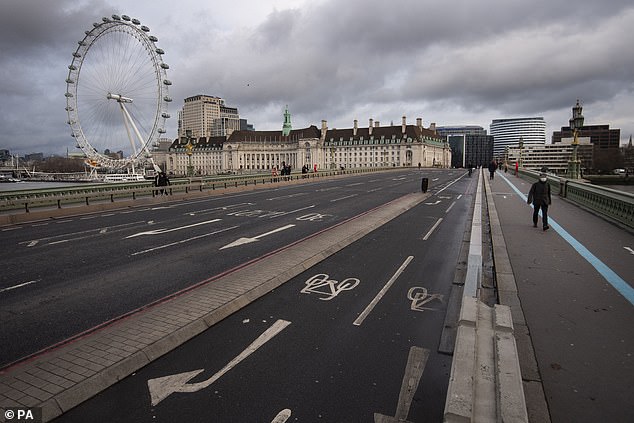 Homicides fell by 12% compared with 2019, although the ONS said this was affected by the discovery of 39 bodies in a lorry in Grays, Essex, in October 2019. Excluding this incident homicides fell 6%.

The stats also showed Wiltshire was the safest place to live in England during lockdown, as police recorded the lowest volume of crime per head of population in the country and compared with similarly sized forces.

Chief Constable Kier Pritchard said: ‘Clearly the latest crime statistics should be seen within the context of the Coronavirus pandemic which has had a huge impact on every aspect of policing throughout Wiltshire and Swindon over this time period.

‘And it’s a tribute to the officers, staff and volunteers working for Wiltshire Police who have adapted to this unprecedented challenge to continue to carry out their duties to such a high standard. 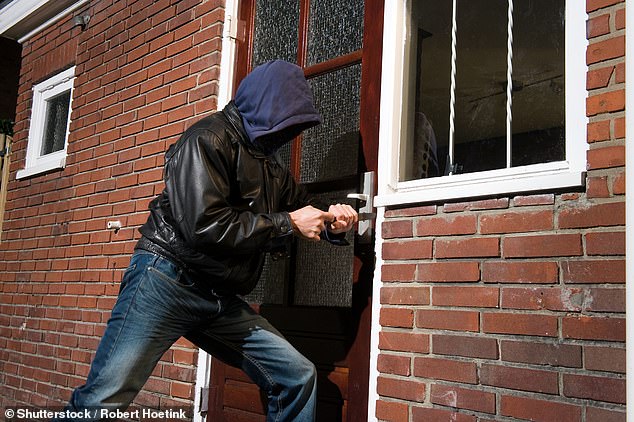 ‘While there is always room for improvement, there is much to be positive about – especially our performance in reducing the volume of crime, in comparison with the national average and against other similarly sized forces.

‘As always, statistics don’t always tell the full story. It is important to highlight that our activities against organised criminal groups and county lines gangs remain a priority and are reflected in the figures which show increased reports of drug possession.

‘And our drive to robustly identify and log instances of stalking and harassment as well as awareness campaigns around domestic abuse may have been an important factor in our higher number of reported cases.’