Lockdown in luxury: Billionaire Russian oil baron’s superyacht worth £140million and measuring 272ft in length is spotted moored off Dorset with those on board ‘self-isolating’

A luxurious superyacht worth an eye-watering £140million has been spotted moored off the south coast, with the inhabitants on board confirmed to be self-isolating amid the coronavirus outbreak.

‘Here Comes The Sun’ measures a whopping 272ft and is tied up in Poole Quay in Dorset.

The stylish vessel is one of the most high-end yachts in the world and has its own infinity pool and sundeck jacuzzi. 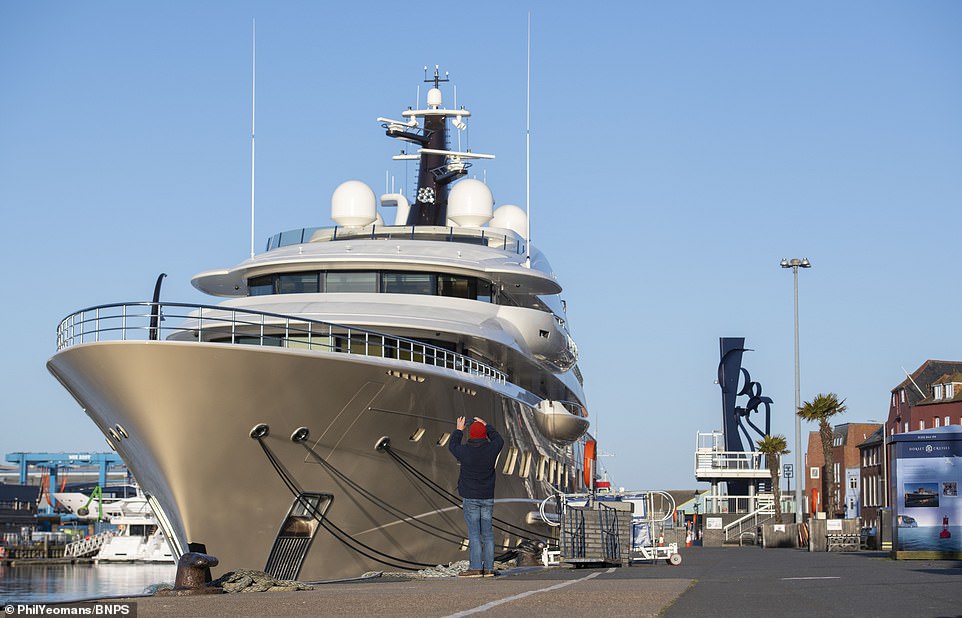 A luxurious superyacht worth an astonishing £140million has appeared at Poole Quay, in Dorset, this week 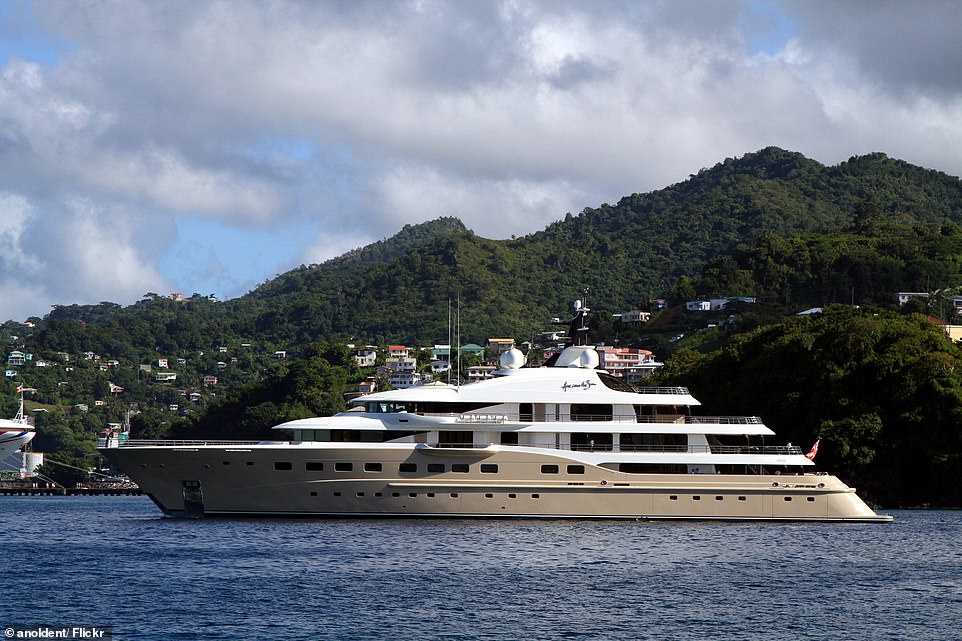 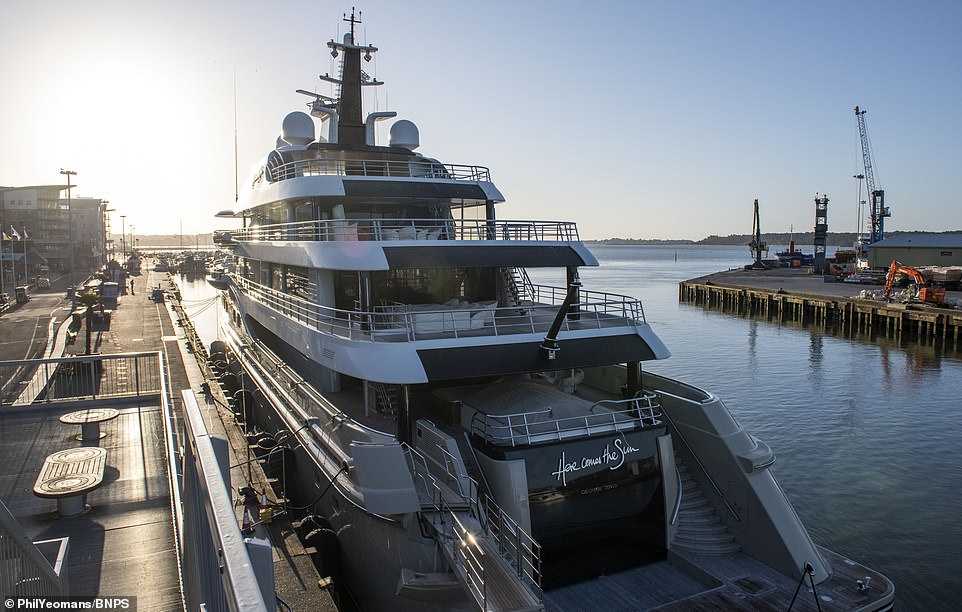 The yacht, which is called ‘Here Comes The Sun’, has become a huge source of excitement for interested onlookers 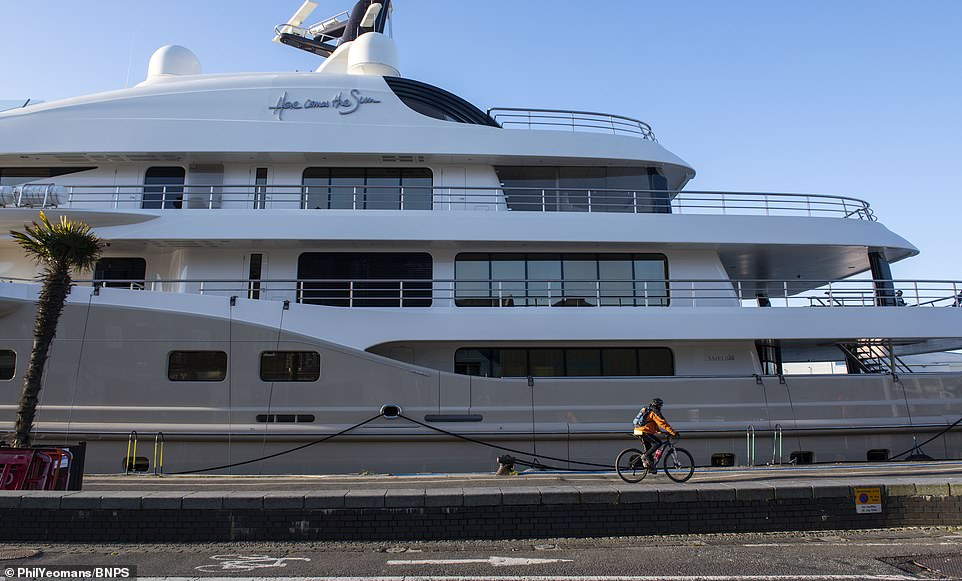 The Dutch-built superyacht boasts a helicopter pad, a pool, a jacuzzi and also an indoor cinema across five decks

It is currently owned by Russian oil baron Alexander Dzhaparidze, who is worth an estimated £1billion.

It is not known who is on board the enormous boat but it has been confirmed that it is being used to allow them to self-isolate.

The yacht has a number of spectacular features including a large beach club area in the stern and an indoor cinema.

There is space for up to 12 guests in the vessel’s ten rooms, which also includes a spectacular master suite. 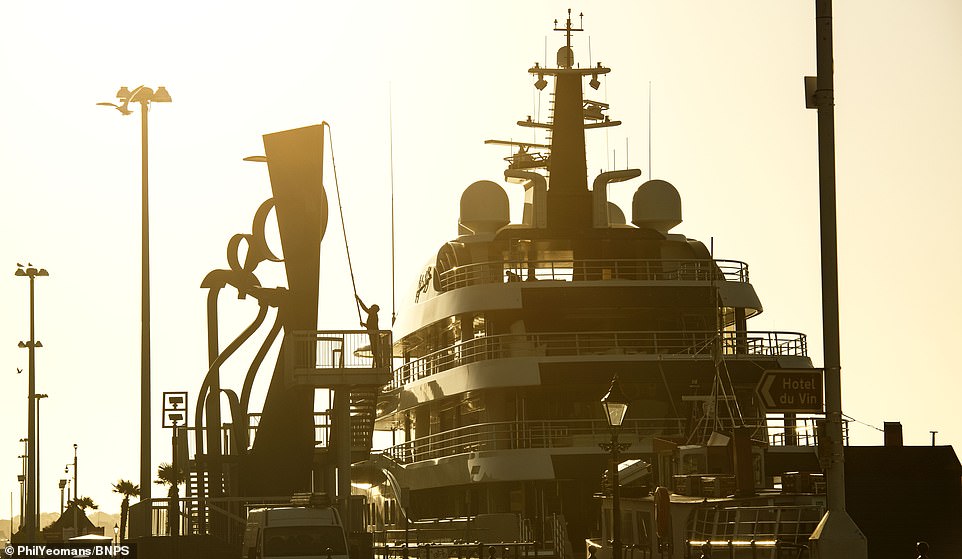 The yacht is currently owned by Russian oil baron Alexander Dzhaparidze, who is worth an estimated £1billion

The yacht is 272ft tall and the vessel has enough space for up to 12 guests, across 10 rooms on the luxury boat 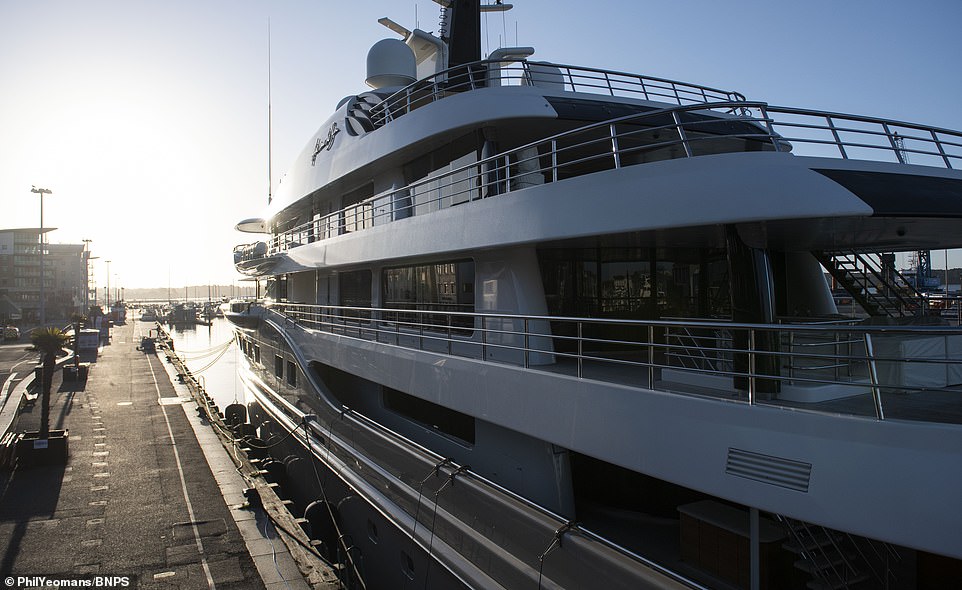 The vessel dates back to 2017 when it was built by specialist firm Amels Holland at their yard in Vlissingen, Holland.

It was purchased later that same year after it was showcased at both the Monaco Yacht Show and the Fort Lauderdale International Boat Show.

Its interior is the work of renowned designer Tim Heywood and covers five decks.

The vessel is attracting a huge amount of attention from passers-by in Poole Quay – due to it dwarfing every other boat in the area. 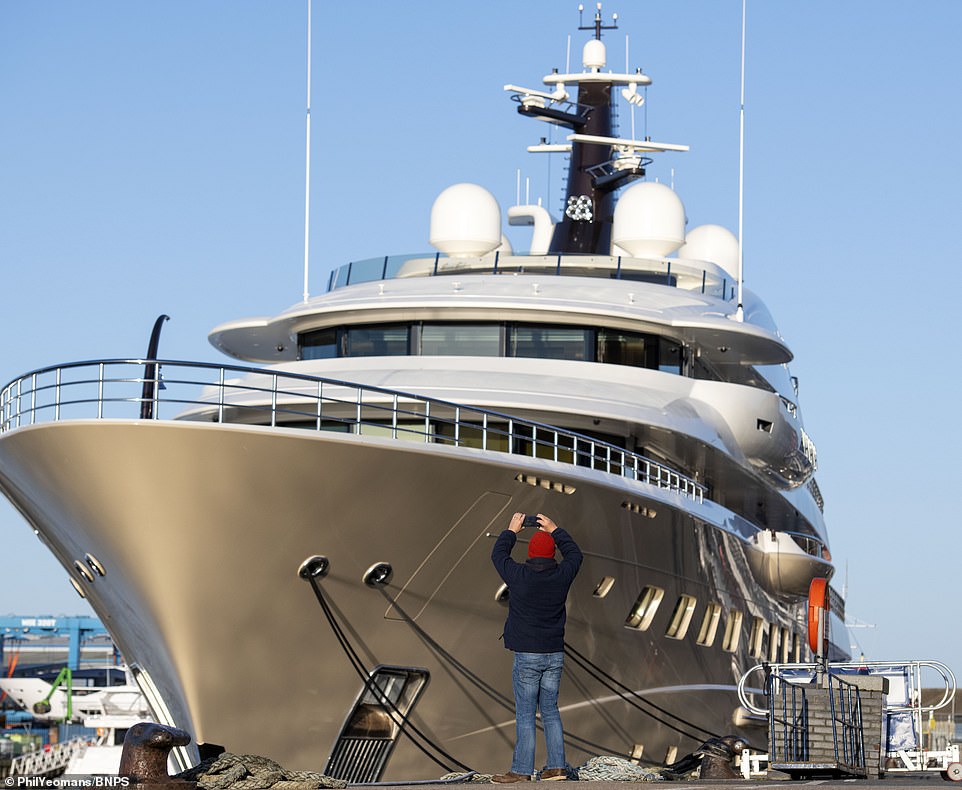 The yacht has been a huge source of interest to passers-by, many of whom have stopped to take pictures of the vessel 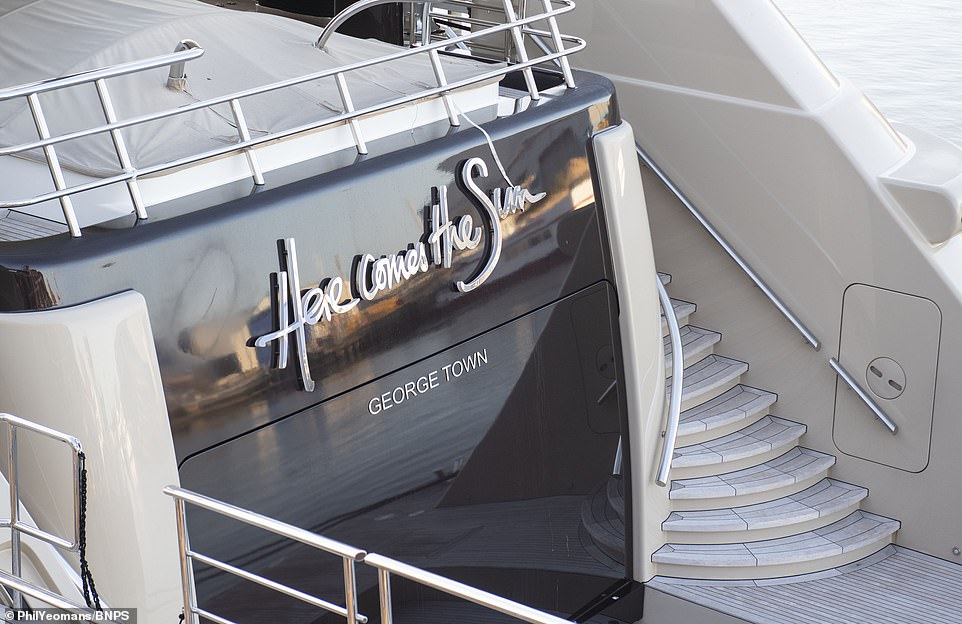 Here Comes The Sun is available for charter, although the cost of chartering her is not listed.

She last sold in December last year when there was an asking price of £138m (Euro 155m).

A spokesman for Poole Quay said: ‘The boat arrived yesterday so we can confirm it is here.

‘Those on board are self-isolating but that is all we know at this time.’