SWEDEN has introduced a "Rule of Eight" for diners amid a sharp rise in coronavirus infections.

The lockdown-free country has seen cases double in the last two weeks, and the death toll has risen to a total of almost 6,000 – a figure that is considerably lower compared to the UK,France and Spain. 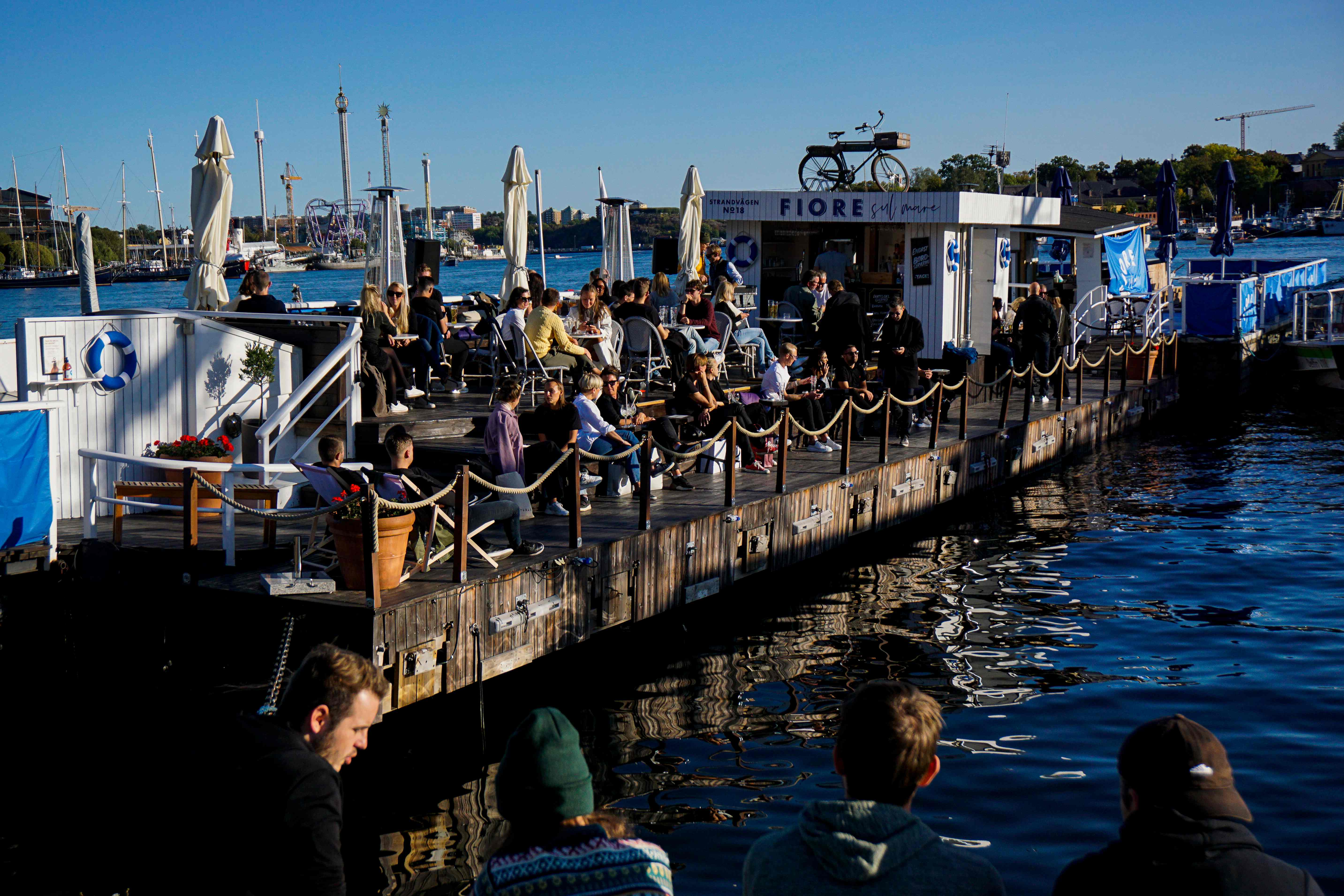 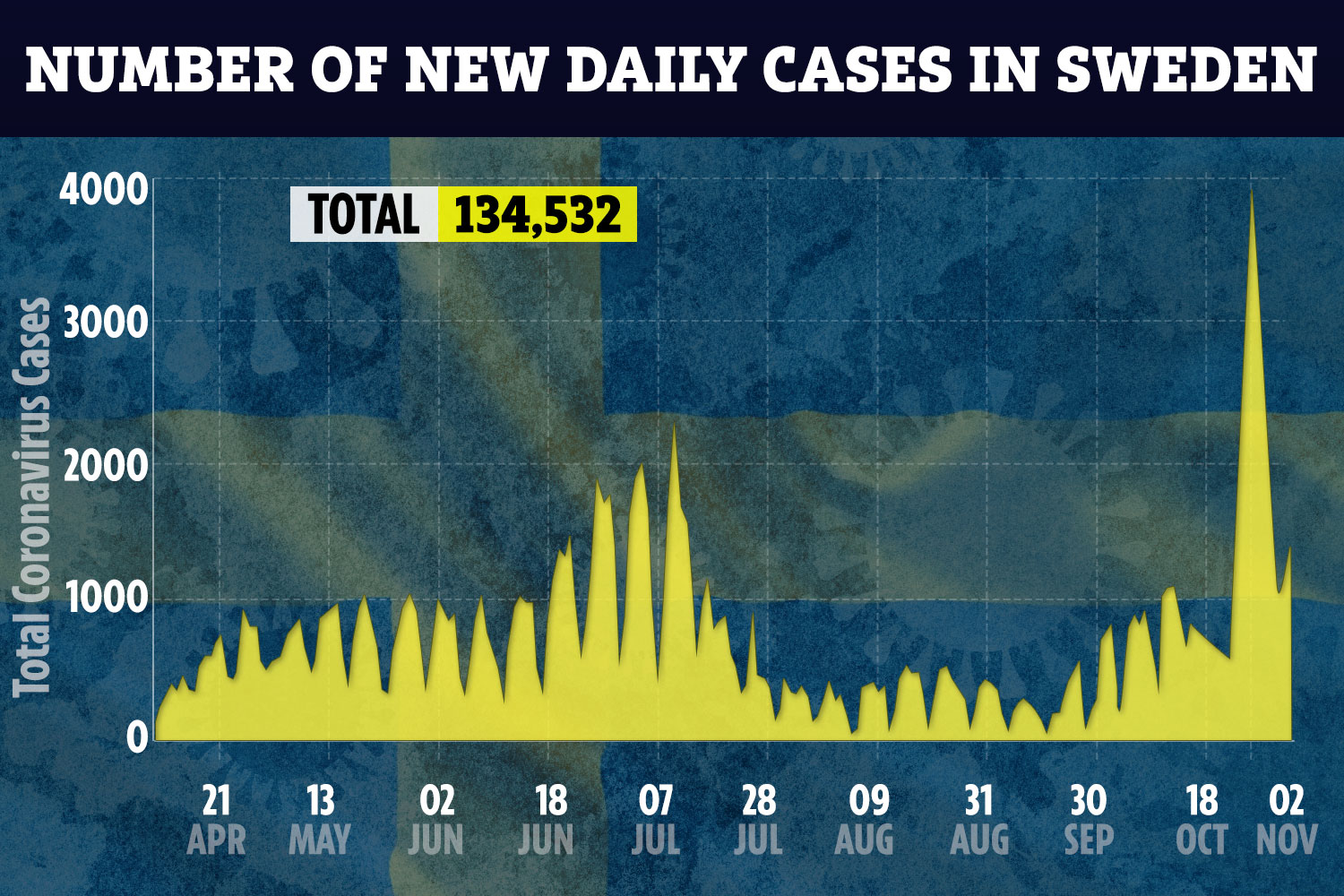 The Nordic country, which does not publish Covid-19 data over the weekend and on a Monday, has seen its cases rise by 10,177 since its last update on Friday.

Sweden recorded 31 new deaths, taking the country's toll to 5,969 during the pandemic.

"We have a very serious situation," Prime Minister Stefan Löfven warned, adding that the virus was "going in the wrong direction".

The maximum number of people allowed to sit together in a cafe or restaurant is eight people.

Stricter restrictions have been introduced in the regions of Halland, Örebo and Jönköping including a work from home order and the premier urged Swedes to avoid using public transport.

Almost 70 per cent of the 10.5million people who live in the Nordic country are now under the voluntary government guidelines.

Johan Carlson, head of the Swedish public health agency, said he hoped that the public could work together by complying with the new national and regional guidelines.

But, he warned Swedes that "we have a long, tough winter in front of us".

Last month, Sweden urged the elderly and other high-risk groups to integrate with society after previously advising them to avoid all close contact with people outside of their home, the BBC reports. 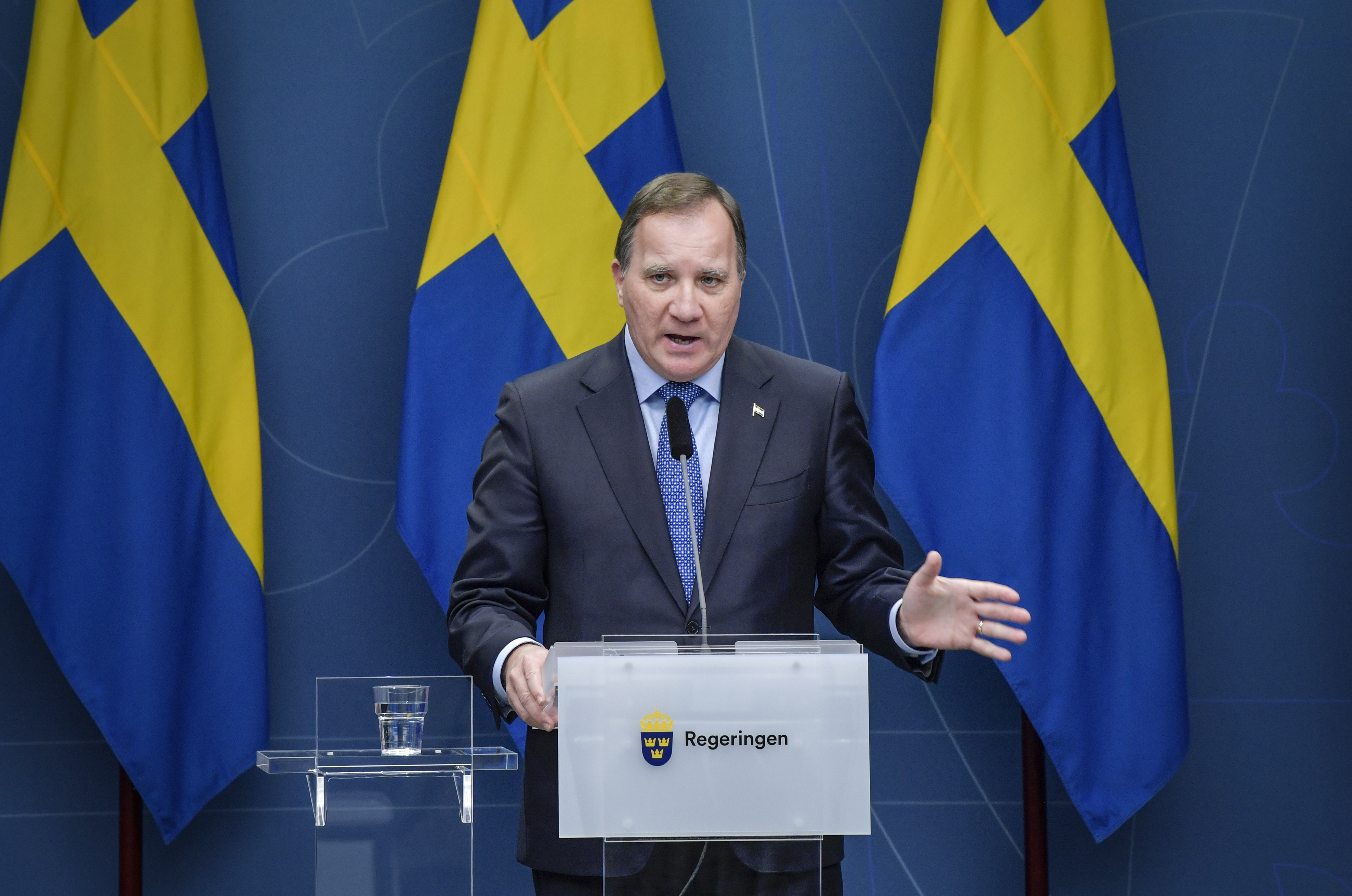 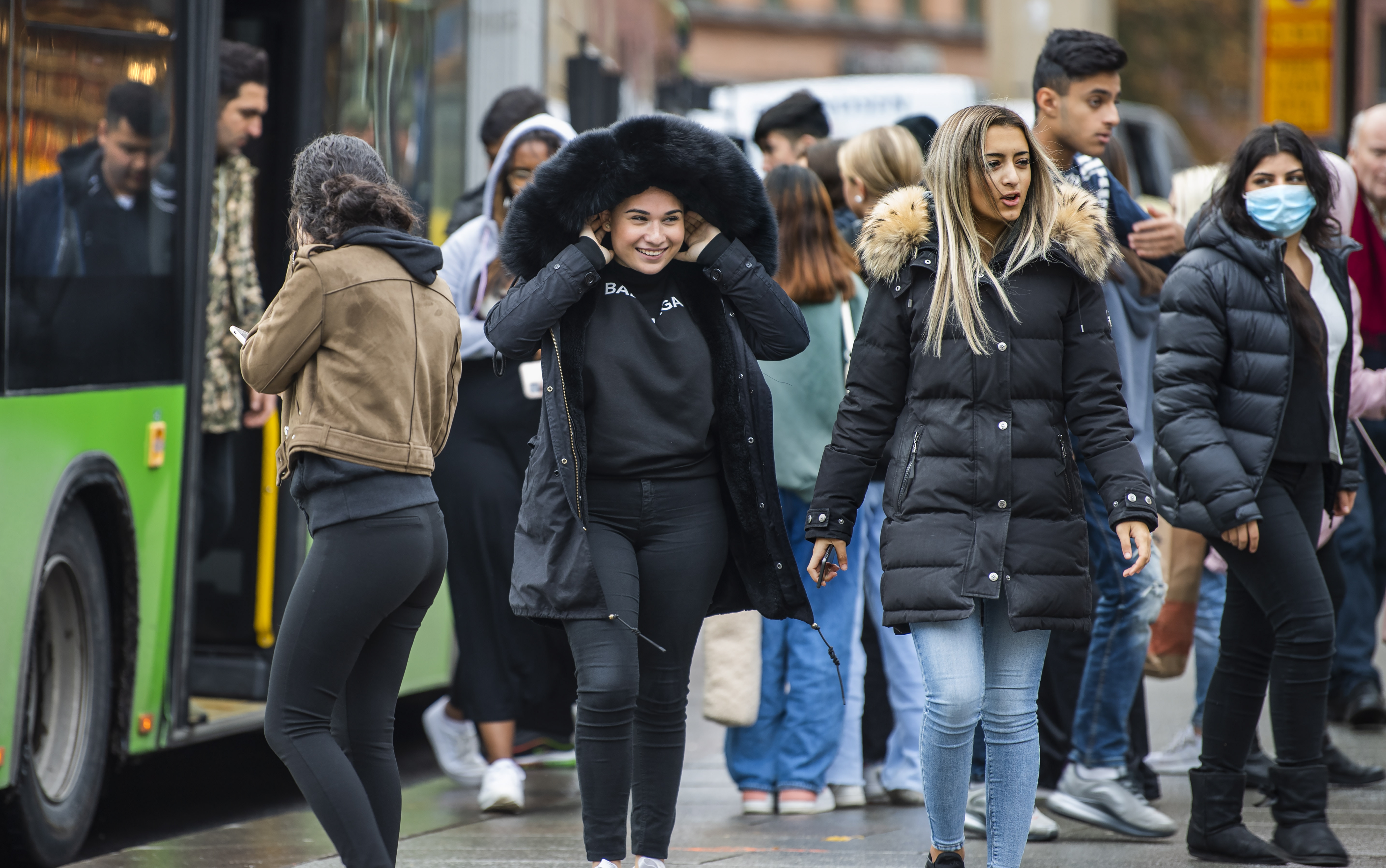 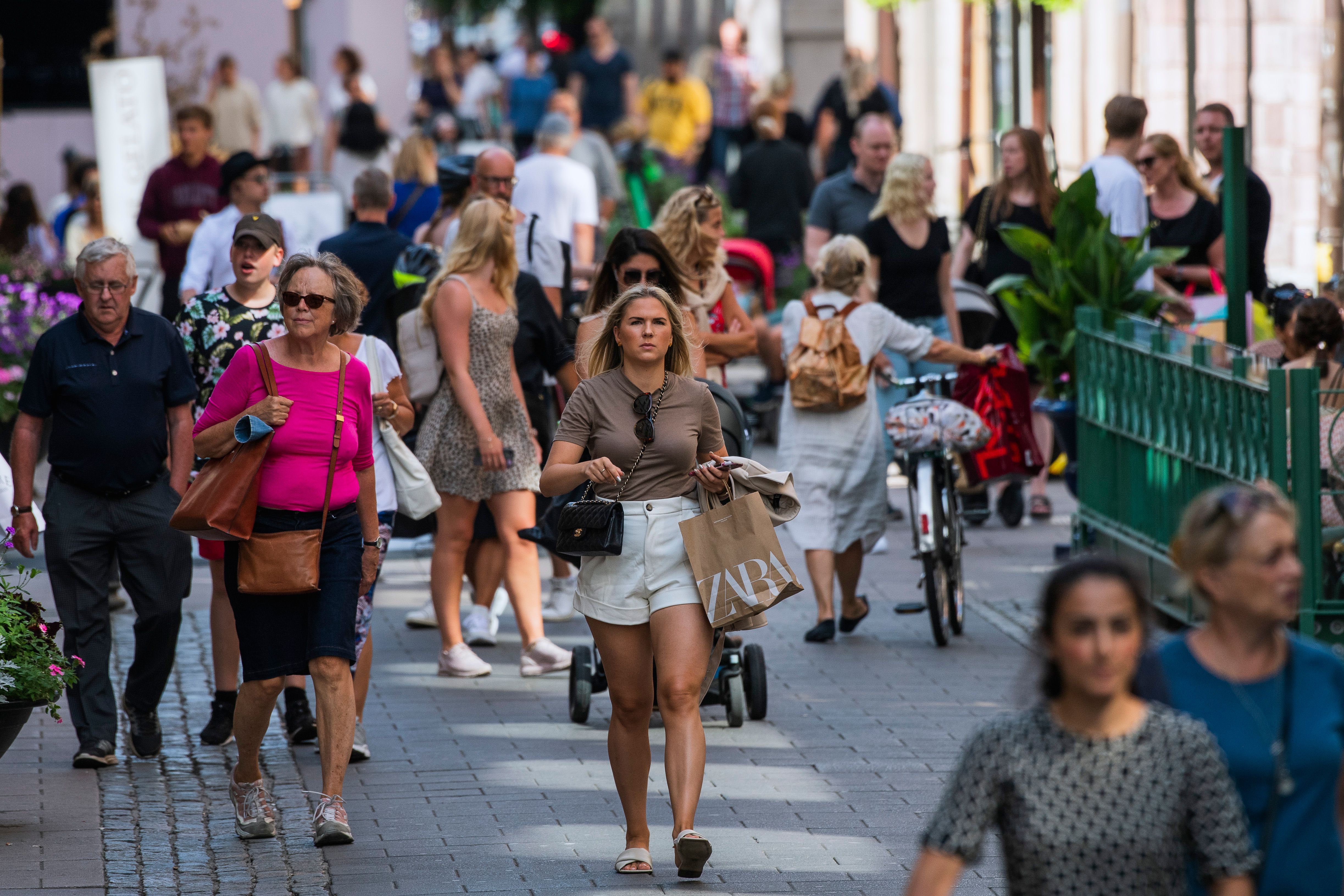 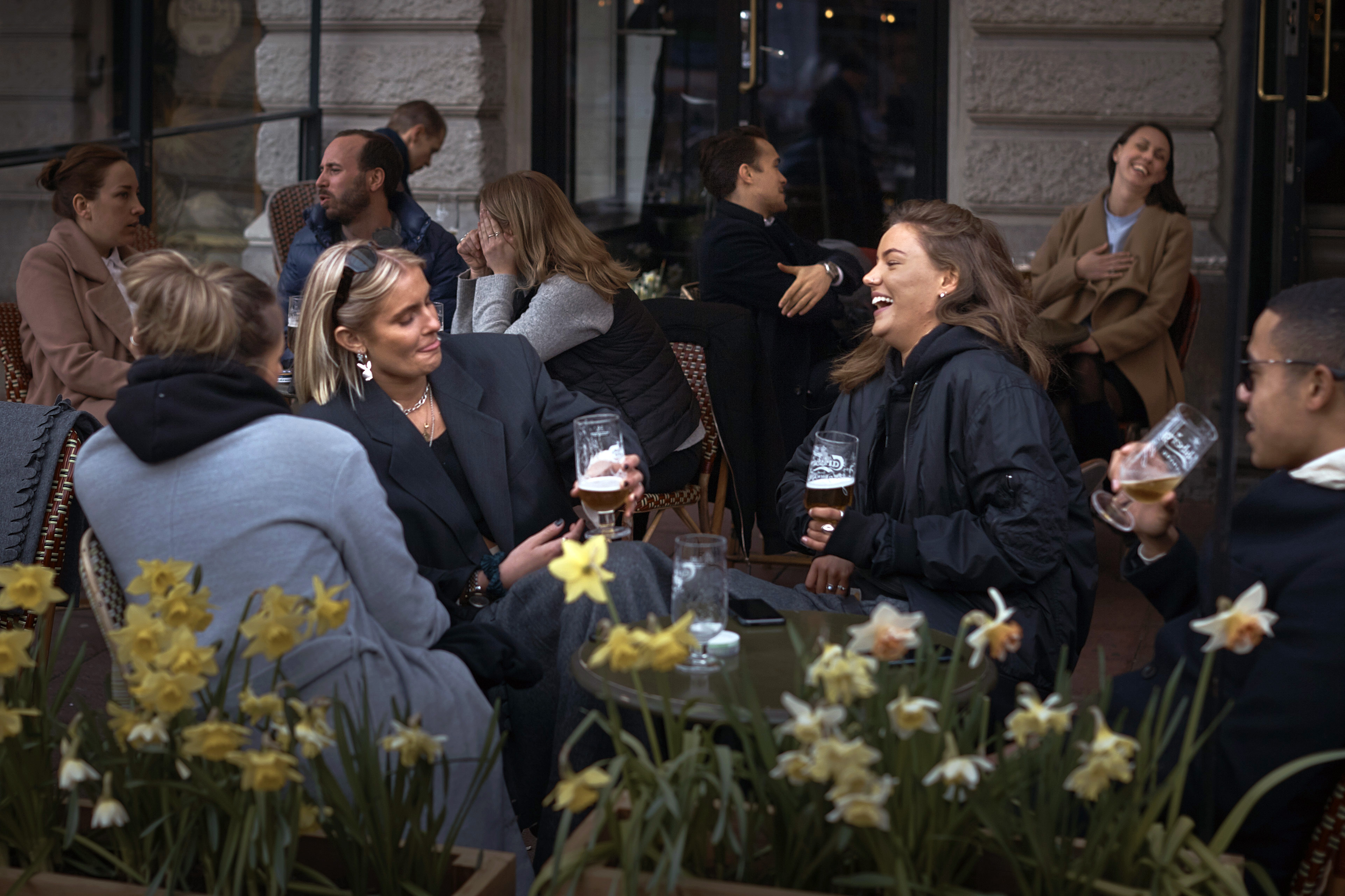 This comes as countries across Europe are locking down once again.

England will enter a month-long lockdown from Thursday until December 2 in a bid to stop rising coronavirus cases.

Prime Minister Boris Johnson insisted yesterday that there was no alternative to a second nationwide shutdown.

Brits are being advised to work from home where possible, non-essential retail will close as will bars and restaurants.

The UK has recorded over one million coronavirus cases throughout the pandemic.

Emmanuel Macron plunged France into five weeks of stricter measures last Friday, warning that the country was being "overwhelmed" by a second wave.

Bars, restaurants and non-essential businesses are shut and people are banned from travelling to different regions.

The lockdown, which will run until December 1, will be reviewed every two weeks.

A decree published by the French government today revealed what essential items can be sold during the shutdown.

Supermarkets are banned from selling flowers and books, but can still sell items for baby care, personal hygiene and grooming, as well as household cleaning products.

France reported 854 deaths in the past 24 hours – the country's highest daily death toll since mid-April.

On Monday, the country recorded its largest ever daily increase of 52,518 new coronavirus cases.

Last week, German Chancellor Angela Merkel also announced a month-long circuit breaker in the hope it will "save Christmas" for millions of families.

The restrictions are not as strict as they were in March and April.

Tighter restrictions are due to come into force in the Netherlands, including a two week closure of museums, cinemas, and sex clubs.

A "rule of two" for outdoor gathering also applies.

And in Greece, there is a nationwide night curfew in place between midnight and 5pm and masks are compulsory outdoors.

A lockdown in the country's second-largest city Thessaloniki started today. Residents can only leave their homes for specific reasons after notifying authorities by text message.

Lighter restrictions are in place in Athens where restaurants, bars, cafes, gyms, museums and entertainment venues have been forced to close.

The Spanish government has, so far, resisted the introduction of a national lockdown.

PM Pedro Sanchez introduced a state of emergency on October 25 which could last up to six months in an attempt to stop rising cases.

There is a nighttime curfew and the number of people who can meet indoors is limited to six people. 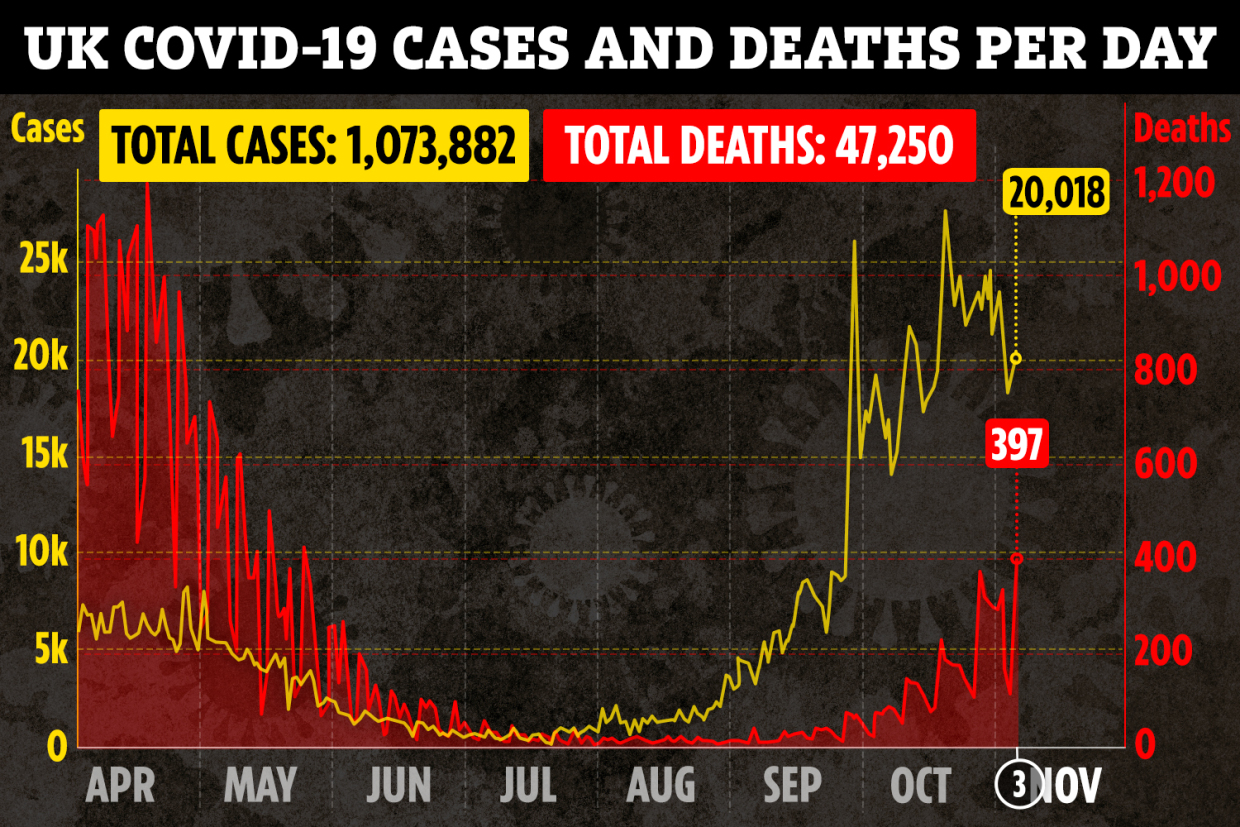 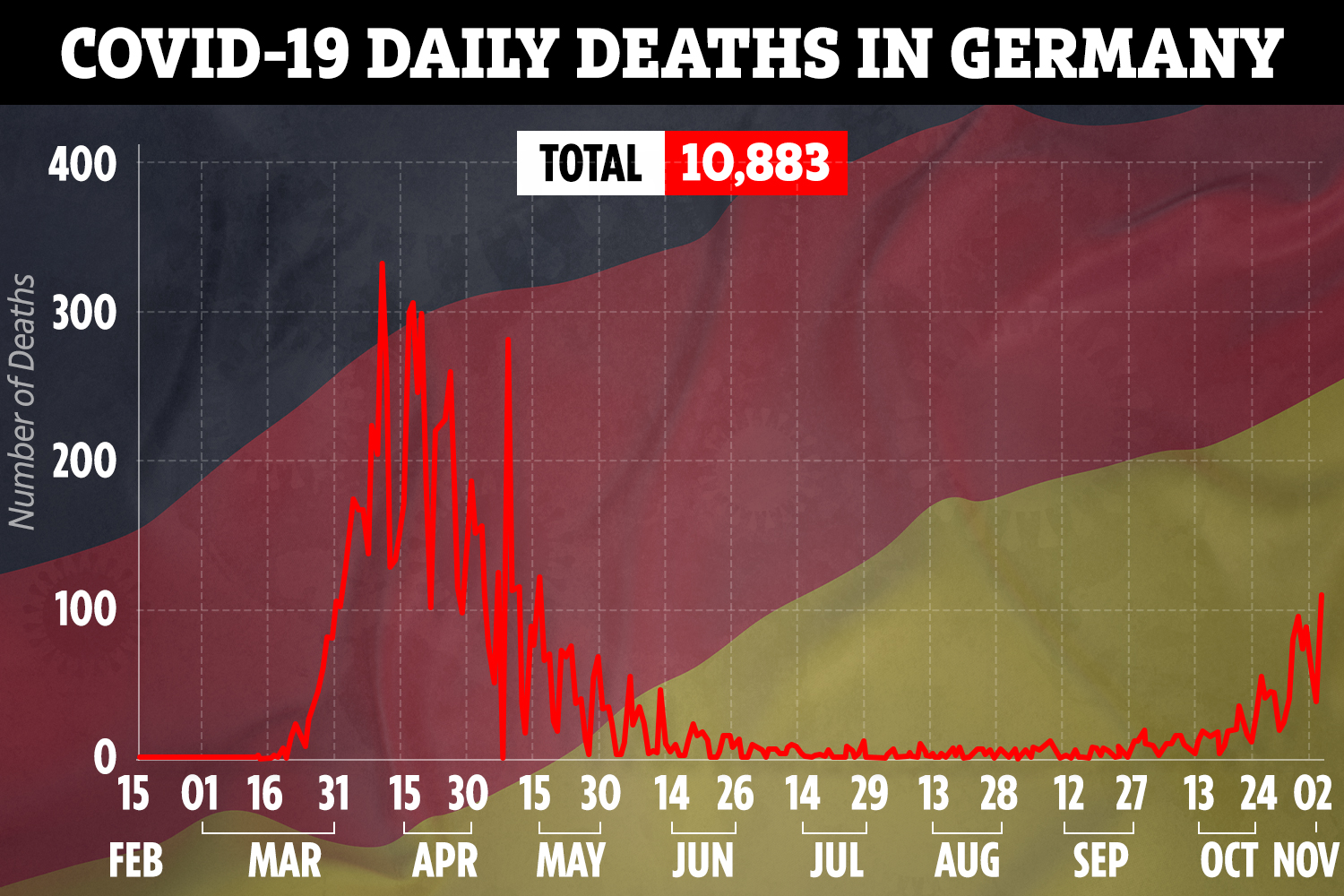