The Australian Open faces another major disruption, with the owners of 36 penthouse apartments in The Westin Melbourne threatening to launch a legal challenge against a plan by Tennis Australia to use the exclusive hotel to quarantine hundreds of players.

The apartment owners, some of whom live permanently in the Collins Street hotel, claim the influx of tennis players from around the globe poses an unacceptable health risk to them and the broader community. 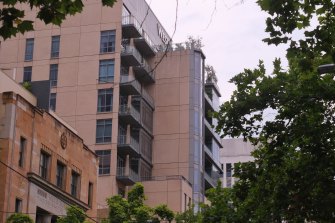 Hotel management has been accused of failing to properly consult the owners, who are now considering an application to the Supreme Court for a last-minute injunction.

With players expected to arrive from January 15, the legal stoush has the potential to derail months of negotiations between health authorities and Tennis Australia to reschedule the prized event to begin on February 8.

Under the plan, all international players will be required to quarantine for 14 days at the Westin but will be permitted to leave the hotel for one daily block of five hours for practice and treatment. During quarantine, they will be tested for COVID-19 at least five times and will be supervised while practising at Melbourne Park.

The Andrews government signed off on the deal on December 18 but apartment owners were notified by email only on December 23. They insist they never agreed to the plan, despite holding legal rights to about 30 per cent of some common areas within the hotel.

Several influential corporate figures own private apartments in the building, including prominent businessman Tony Schiavello, Andrew Bertocchi from the smallgoods empire, and property developer David Marriner, who built the Westin in 2000.

Retired investment manager Mark Nicholson said he was astounded by the lack of consultation, after learning of the plan to use the hotel as a quarantine facility two days before Christmas.

"It's incredibly arrogant to ambush us this way as if it's a done deal. There are substantive public health and legal issues that have not even been examined," he said.

Mr Nicholson, who has owned an apartment in the Westin building for more 15 years, backed a bid by the owners' corporation to consider all legal avenues, including a Supreme Court injunction. 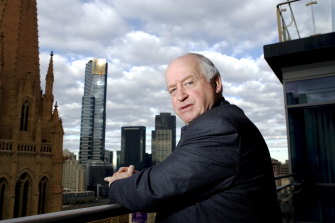 He said the dispute could not be resolved with a financial settlement to the owners, before urging the Andrews government and Tennis Australia to "take a step back" and find an alternative venue to quarantine players.

"If we're prepared to take this very substantial risk by hosting the Australian Open, then it needs to be done in the safest way possible and you obviously wouldn't be picking a hotel that is integrated with residential apartments. It's not like it's the only hotel in Melbourne," Mr Nicholson said.

Hotelier Digby Lewis, who has owned a penthouse in the Westin since 2002, accused authorities of endangering public health by proceeding with the tournament.

"At 84, I'm in the vulnerable group and it's shocking the way they tried to ram this through without any attempt to consult with us. I'm more than happy to toss in $10,000 or $20,000 to help the legal fight; it's bloody shocking," Mr Lewis said. 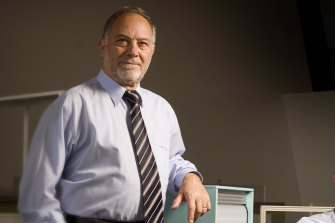 On December 31, lawyers acting for the owners' corporation notified the hotel's general manager, Stephen Ferringo, of its concerns and requested the quarantine agreement and any emergency management plan relating to the proposal.

Lawyer Graeme Efron said he had instructions from the owners to seek an injunction in the Supreme Court or the Victorian Civil and Administrative Tribunal if the hotel failed to respond to the request.

Mr Efron said he was unable to obtain any information from the government, the Department of Health and Human Services, the Justice Department or Tennis Australia, particularly in regard to what measures had been taken to mitigate risks to permanent residents in the building.

"One breach could lock up the whole city. It’s interesting that we won’t let anyone in from NSW, but we're happy to allow people from high-risk countries to come to Melbourne to play tennis."

Mr Ferringo told The Age and The Sydney Morning Herald on Sunday that the owners corporation had been informed of the arrangement with Tennis Australia and the COVID-safe plan had been shared with apartment owners.

"Under the arrangements, the existing residents at The Westin Melbourne will have no contact with CQV [COVID-19 Quarantine Victoria] staff or guests and will use a separate entrance and lifts. Their floor will remain exclusive while there will be no reticulation of ventilation between the floors," he said.

Tennis Australia did not respond to questions from this masthead on Sunday. However, Australian Open tournament director Craig Tiley has previously explained the quarantine process in a bid to allay public concerns.

All overseas players will be tested for COVID-19 before they board chartered flights for Australia and then be tested at least five times while they are in quarantine.

"They will be transported from the hotel, which is the only assigned hotel for players, and will be brought to the courts for no more than five hours a day and for 14 days they'll be able to do that," Mr Tiley said last month.

"They'll only be able to go between the hotel room and the courts under a high-secure environment."

A government spokesman said COVID-19 Quarantine Victoria was working closely with Tennis Australia regarding quarantine arrangements for the Australian Open.

"All decisions on quarantine for the Australian Open will be guided by public health advice," the spokesman said.