When Brent Phillips was called for jury duty in 2014 after studying criminology at university, he was keen to serve.

But Mr Phillips, who is deaf, had an extra hurdle in the selection process.

Although people who are deaf, hard of hearing, blind or have low vision are not expressly prohibited from serving on juries in Victoria, Auslan interpreters aren’t allowed into the jury room and the Juries Act excludes people who have disabilities that could render them incapable of participating. 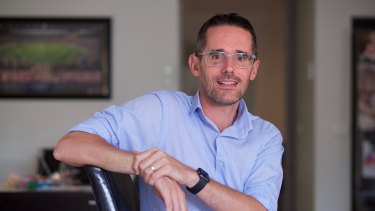 Brent Phillips was blocked from serving on a jury in 2014.Credit:Luis Enrique Ascui

His participation was prevented by what’s called the 13th person rule that forbids non-jurors, including interpreters, in the jury room to protect the confidentiality of the deliberation process.

“I knew at the time deaf people weren’t eligible, but I thought I’d test the system,” Mr Phillips said.

“It wasn’t my ability to comprehend or follow the process, it was not being able to have a 13th person in the jury room."

It’s something the Victorian Law Reform Commission wants to change. 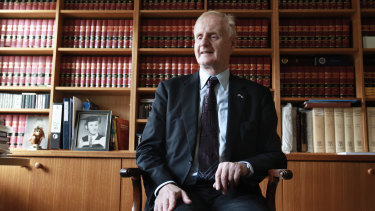 “What we have recognised is firstly the need for equal treatment, but we’re trying to overcome a misconception these people are not competent.”

The commission is investigating how people who are vision or hearing impaired could have access to jury duty, either by way of changing the law to allow a 13th person in the jury room, or by allowing access to documents converted into braille and other communication technology.

The commission’s work is not unique.

In Australia, the Australian Capital Territory became the first jurisdiction to change its law to allow for a 13th person in the jury room. And in the United States, the UK, Ireland and New Zealand, deaf and blind people have served on juries.

Dr David McKee, a deaf studies teacher in Wellington, told the ABC that his jury duty in 2005 was facilitated by two interpreters who alternated and it “proceeded quite smoothly.” He was elected as the jury foreperson.

In Australia, there’s been several legal challenges that have so far failed to create a seismic shift.

Two NSW residents, Gemma Beasley and Michael Lockrey, took their case to the United Nations after they were blocked from serving. As a result, the UN called for Australia to change its discriminatory laws.

In Queensland, Gaye Lyons went to the High Court after her request for an interpreter was denied. The majority confirmed that a 13th person wasn’t allowed in the jury room to protect external influence, but the Law Reform Commission said the ruling left it open for state legislatures to determine whether interpreters should be allowed.

Former Sydney Law School dean Ron McCallum AO, the first blind person to become a professor in any field, said blind and deaf people could sit on most juries and the circumstances where they couldn’t, such as where the major evidence was eyesight identification, would be few and far between.

Auslan, Professor McCallum said, is a language already used in court proceedings and qualified signers are bound by confidentiality.

“A lot of people think, how can this be? How can we let people with disabilities sit on juries? Even some judges would probably be nervous. A lot of it has to do with not knowing persons with a disability.”

Mr Phillips, a senior executive manager with the National Disability Insurance Agency, said his exclusion from jury duty was disappointing and he welcomed the commission’s intent to reform.

He pointed to one of the fundamental principles of the justice system – that people should be judged by a jury of their peers.

“As deaf people, we’re very much a part of society,” he said.

“It’s time the justice system acknowledges that and makes various adjustments to include deaf people as jury members.”