HE is the last of The Few – the only survivor of the heroic airmen who took part in World War Two’s Battle of Britain.

But 80 years ago, Pilot Officer John “Paddy” Hemingway did not believe he would live through the summer as he fought wave after wave of Hitler’s ­Luftwaffe attacks in the skies above England. 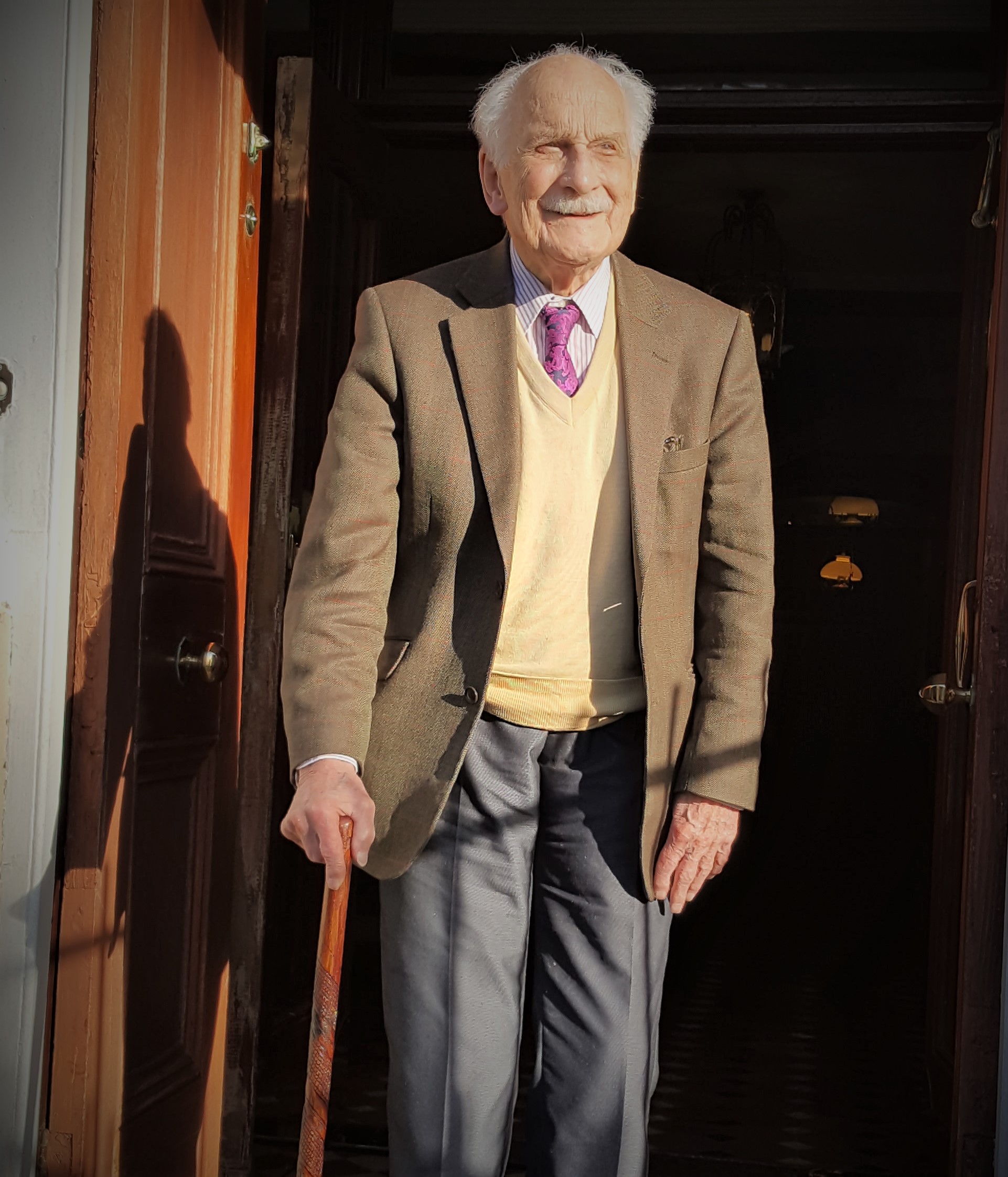 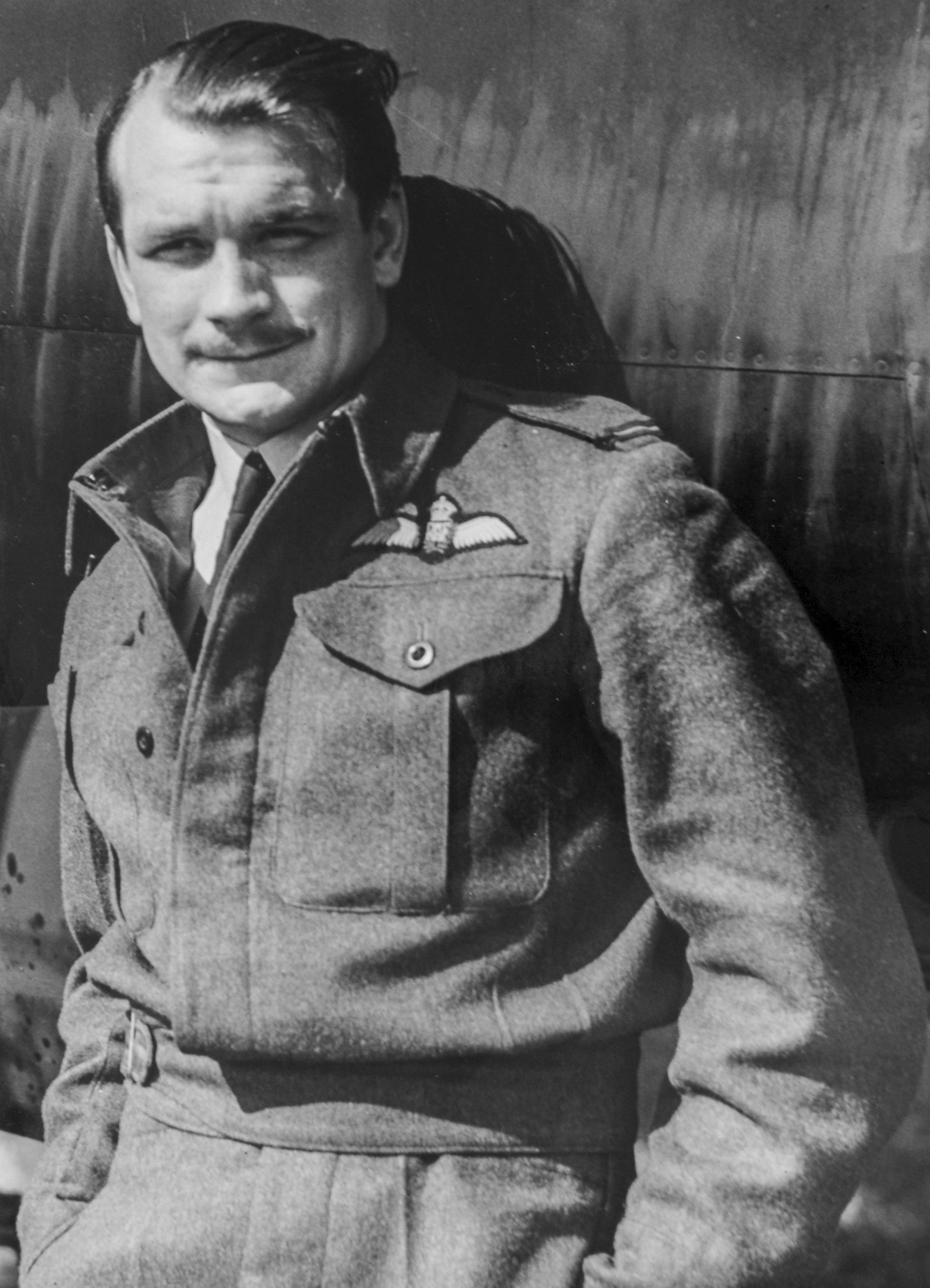 On BBC1’s Antiques Roadshow on Sunday, Paddy, 101, was reunited with the control stick of his Hawker ­Hurricane fighter that crashed into the Essex marshes during the 1940 battle.

And to mark Battle of Britain Day, Paddy, who was shot down four times in the war, tells The Sun his incredible story, revealing: “My main skill was luck.”

The war hero was a ­member of 85 Squadron — motto: We Hunt By Day And Night — which had only seven pilots left out of 26 in just one week ­during the Battle of Britain.

Their Squadron Leader, Peter Townsend, would later go on to have a controversial love affair with Princess Margaret.

Paddy attended Townsend’s first wedding and they were pals who often went into battle together.

Paddy, who now lives in a care home in Dublin, said: “I remember diving ever steeper to attack as the approaching planes flew directly towards and below us.

“I managed to get in the briefest of bursts before scudding closely under the blue belly of a Dornier 215 going in the opposite direction.

“As I pulled hard around to try and follow, the sky seemed empty of bombers.

“Almost immediately, I was hit in the engine and behind the cockpit by cannon fire. The hood opened easily, so I bailed out at 18,000ft.

“Remembering that the enemy were shooting at parachutists over England, and the cloud tops were about 8,000ft, I did a delayed drop as far as the cloud before pulling the cord and opening my parachute.

“I paid for it because my sinuses just about killed me for four days ­afterwards. 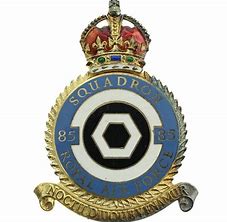 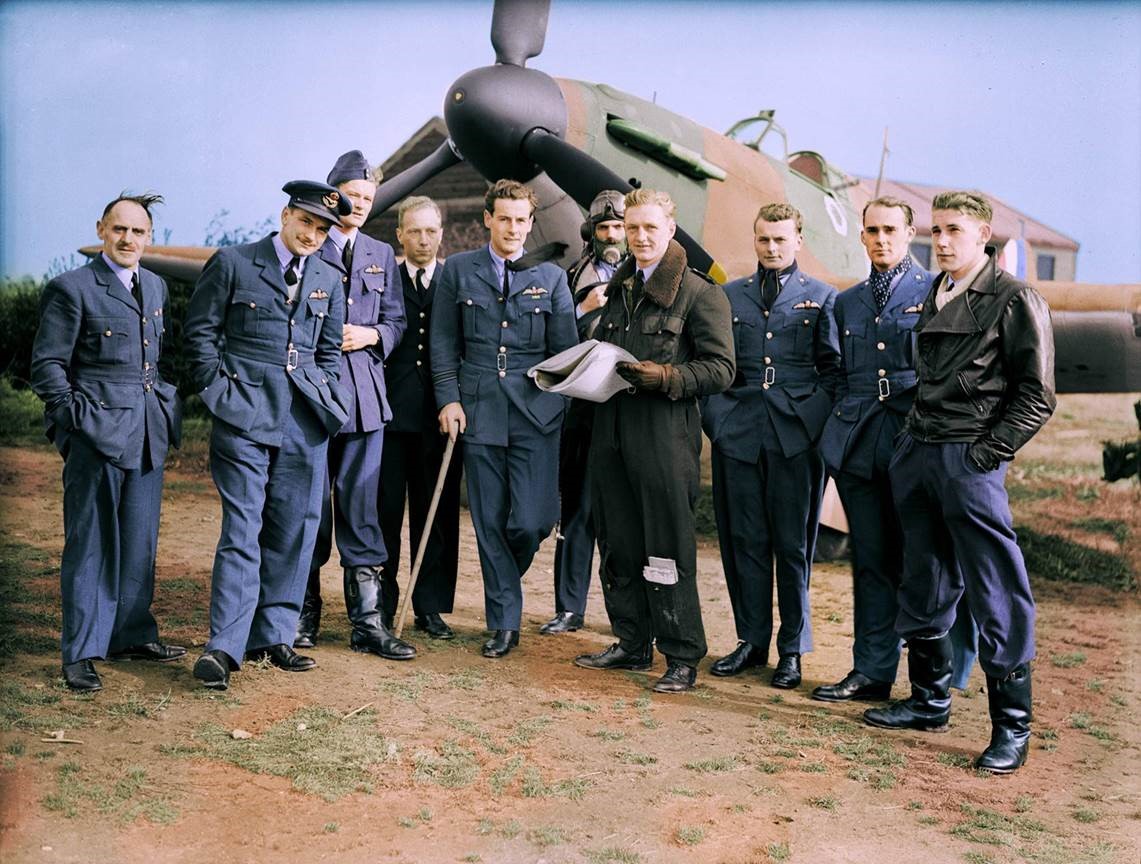 “I landed safely in Pitsea Marshes, where the local Home Guard was. But I speak reasonably good English, so they didn’t shoot me. I think we lost 11 pilots that time. I still get flashbacks of smoke and burning rubber.”

The Battle of Britain officially began on July 10, 1940, and by ­September 15, the RAF’s fighter pilots had forced Hitler to abandon plans to invade the UK.

On August 18, 1940 — known as The Hardest Day — 100 German aircraft and 136 British planes were shot down when the Luftwaffe launched three raids.

Paddy and his best friend Dicky Lee were in a patrol sent to intercept a swarm of 250 enemy aircraft.

Flt Lt Lee — related to the Queen Mother and godson of RAF founder Lord Trenchard — was a born pilot who could fly a Hurricane upside down close enough to the ground to catch grass in the tail fin.

But it was to be Dicky’s last flight as they were sent to intercept a ­formation of Messerschmitt 110 fighter bombers 20 miles out above the North Sea. 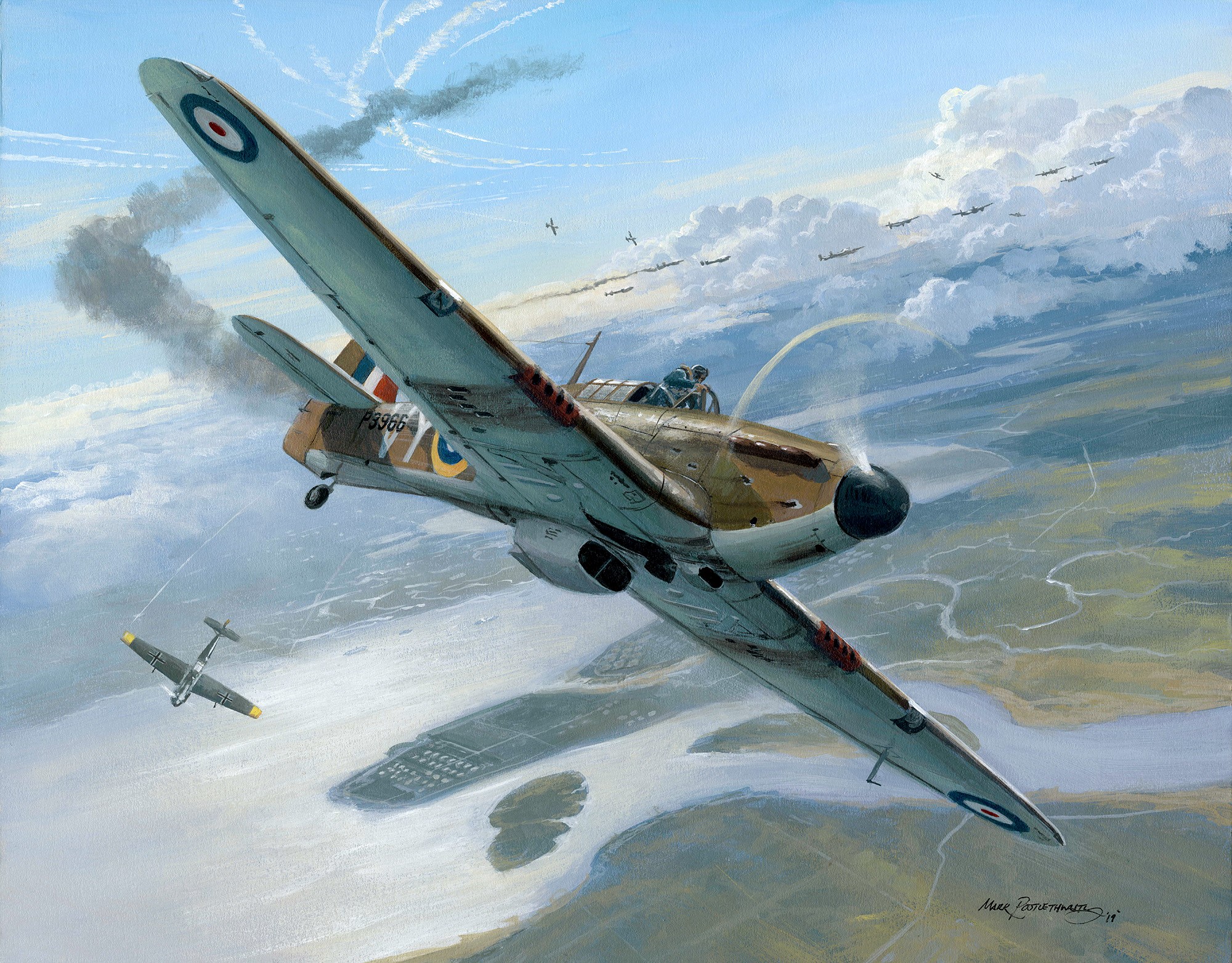 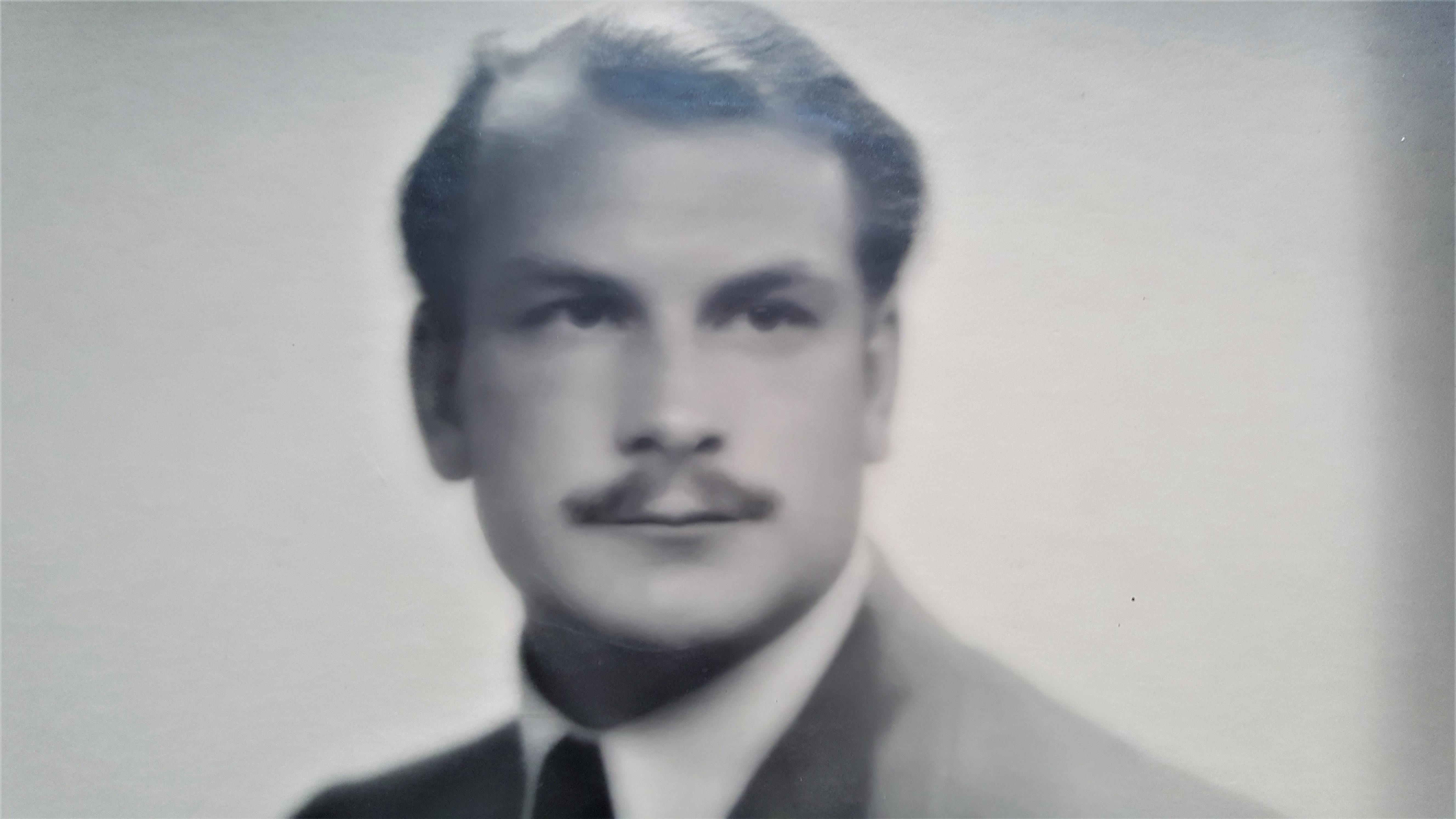 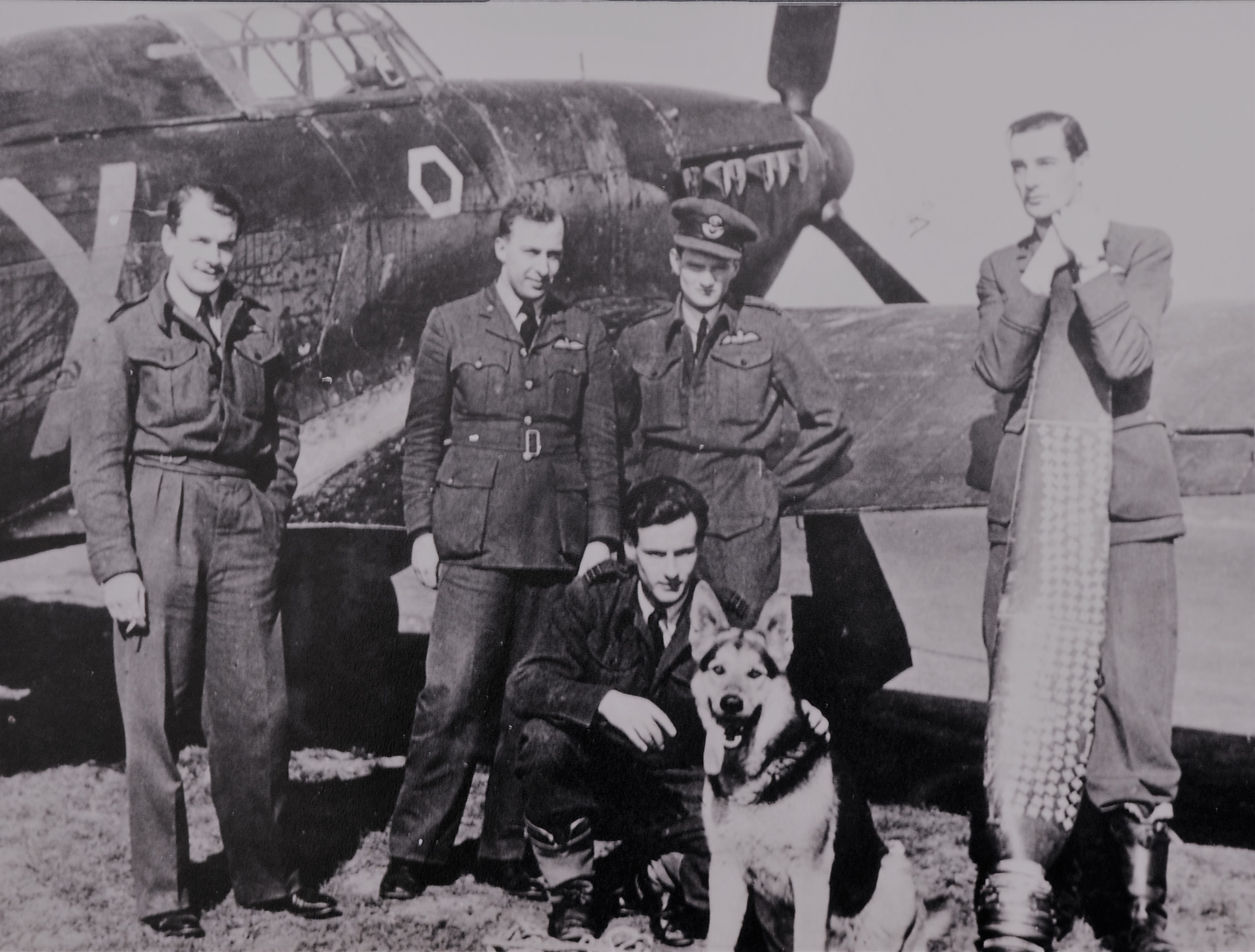 Paddy says: “As we closed, Dicky attacked a stray JU88 bomber and I broke away to continue to climb towards the circling bombers.

"As I looked to the right, I saw two aircraft attacking me as I almost stalled. When their firepower hit me it knocked me over and I began to spin.

“Everything in the cockpit was covered in oil but the hood opened easily. I could then see enough to regain control at about 9,000ft.

“I set course for England but my engine stopped. I had no wish to bail out but I remembered that ­Hurricanes tipped up and sank when they landed in the sea. I tried to climb on the wing, holding the stick but everything was so slippery I was blown straight off.

“I am sure I would have died had I landed that way in the sea and been thrown forward at 70mph.

“My parachute opened perfectly and I landed in the sea. Looking around, I saw a light ship and started swimming breaststroke towards it. 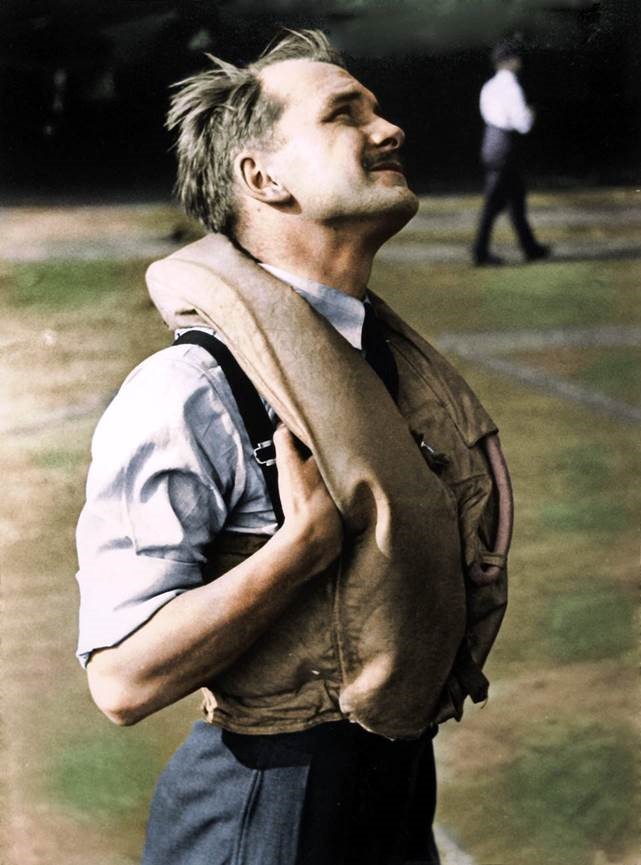 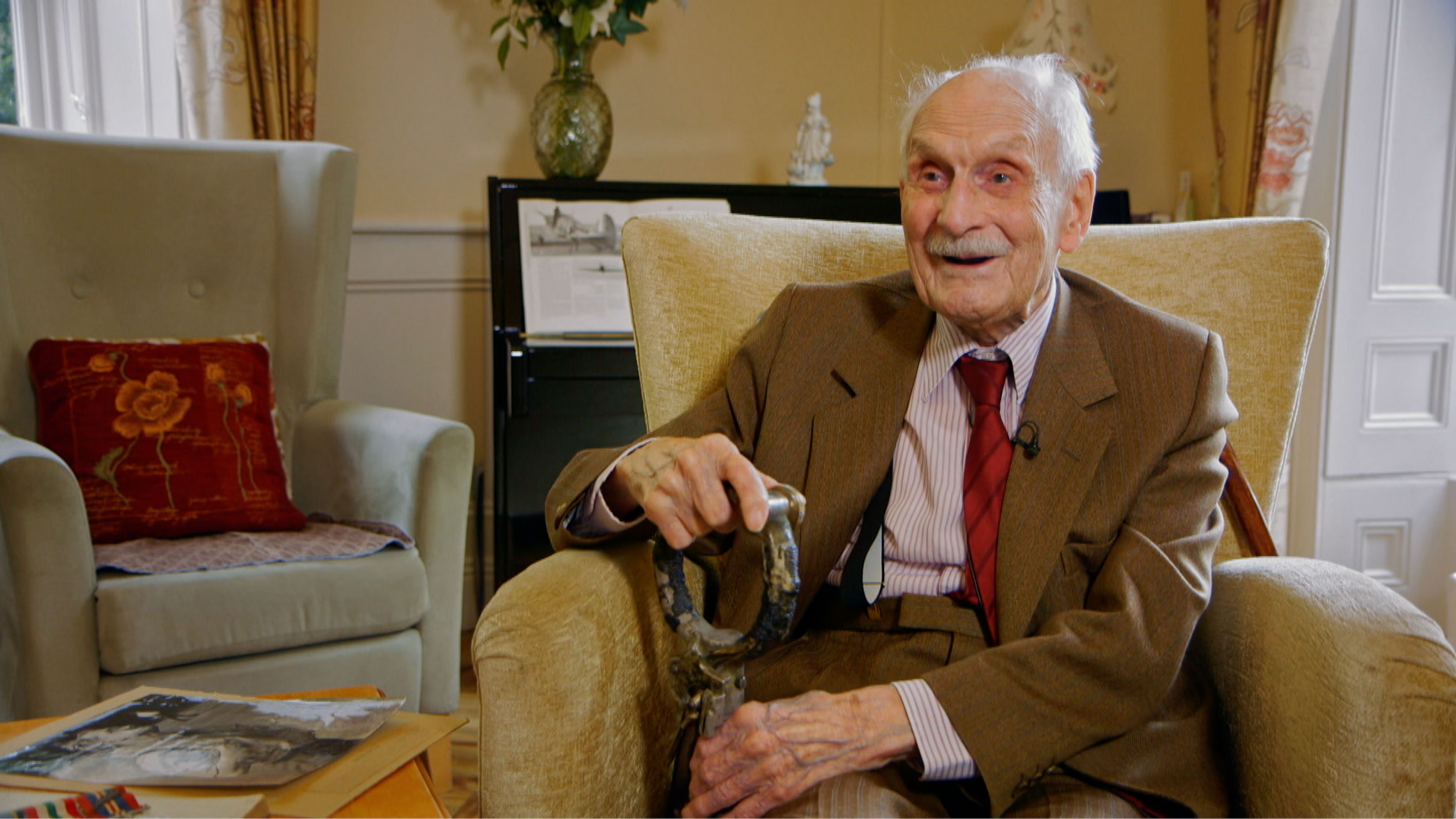 “The crew had seen me glide overhead and bail out, so they launched a lifeboat.

“But after two and a half hours of searching, when they knew I could no longer survive in the cold North Sea, they turned back toward the ship.

Shortly afterwards they heard an unusual splash to one side, they rowed towards it and bumped into me.

“I insisted on taking an oar on the way back to the ship where I was dressed in warm clothes, watered and fed.”

When he arrived back at base, Paddy learned his pal Dicky was dead, believed to have run out of fuel chasing three Messerschmitt 109 fighters across the Channel.

Paddy says: “If anything affected me seriously, it was that. He was a wonderful ­person. I just went on because every day people were disappearing, with new faces arriving.

“On one day, both Flight Commanders, the CO and about four of the pilots just vanished. You got used to operating under those ­conditions, without thinking about the future at all.”

Father-of-three Paddy later saw action in Italy and stayed in the RAF until retiring in 1969 as Commanding Officer of RAF Leconfield, East Yorks.

He says: “The main skill was luck. You had to be lucky. Dicky Lee, he was just perfect but he was shot down and killed.

So he had no luck. I had bags of luck and here I am. It’s either being Irish or being lucky. If you are both you are really lucky.

“I never regarded myself as a history maker, where every move would eventually be the subject of interest and study. 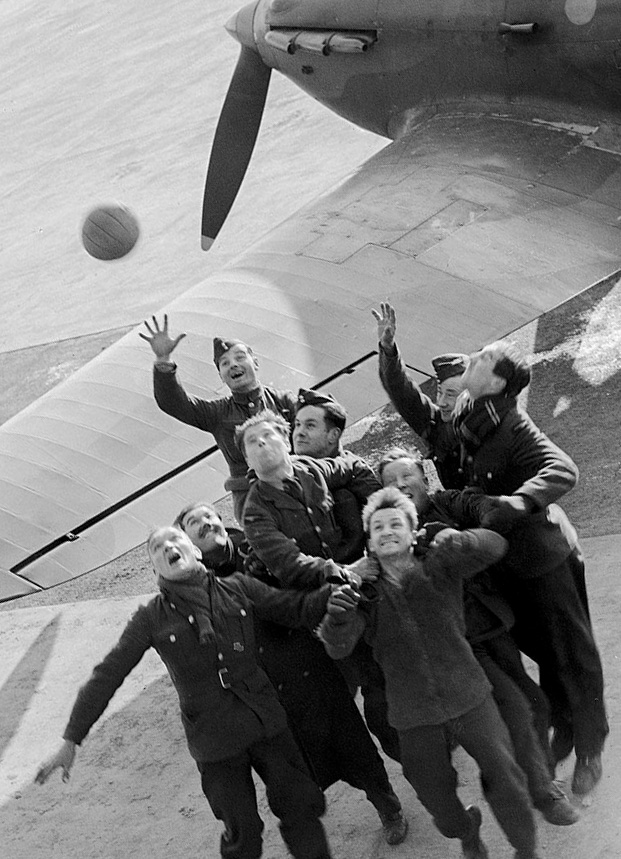 “When everything around me reeked of oil and gunfire and the likelihood was that I would not last long, each day and each flight was no more important than any other part of my life. During the war, all my closest friends were killed and my memories and thoughts about them I have always regarded as a private affair.

“But being the last of the Battle of Britain veterans has made me think of those times 80 years ago and tell my story for them.” 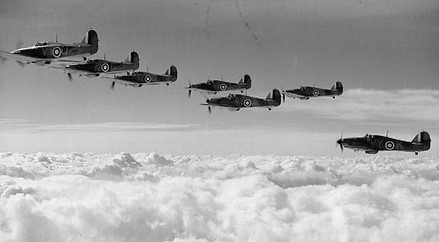 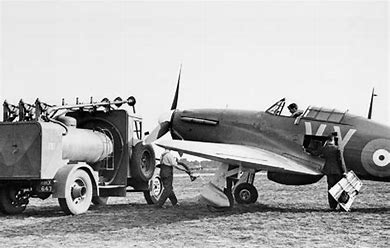