It comes as the ISIS bride was denied a return to the UK as she continues to fight against a move to strip her of her British Citizenship. 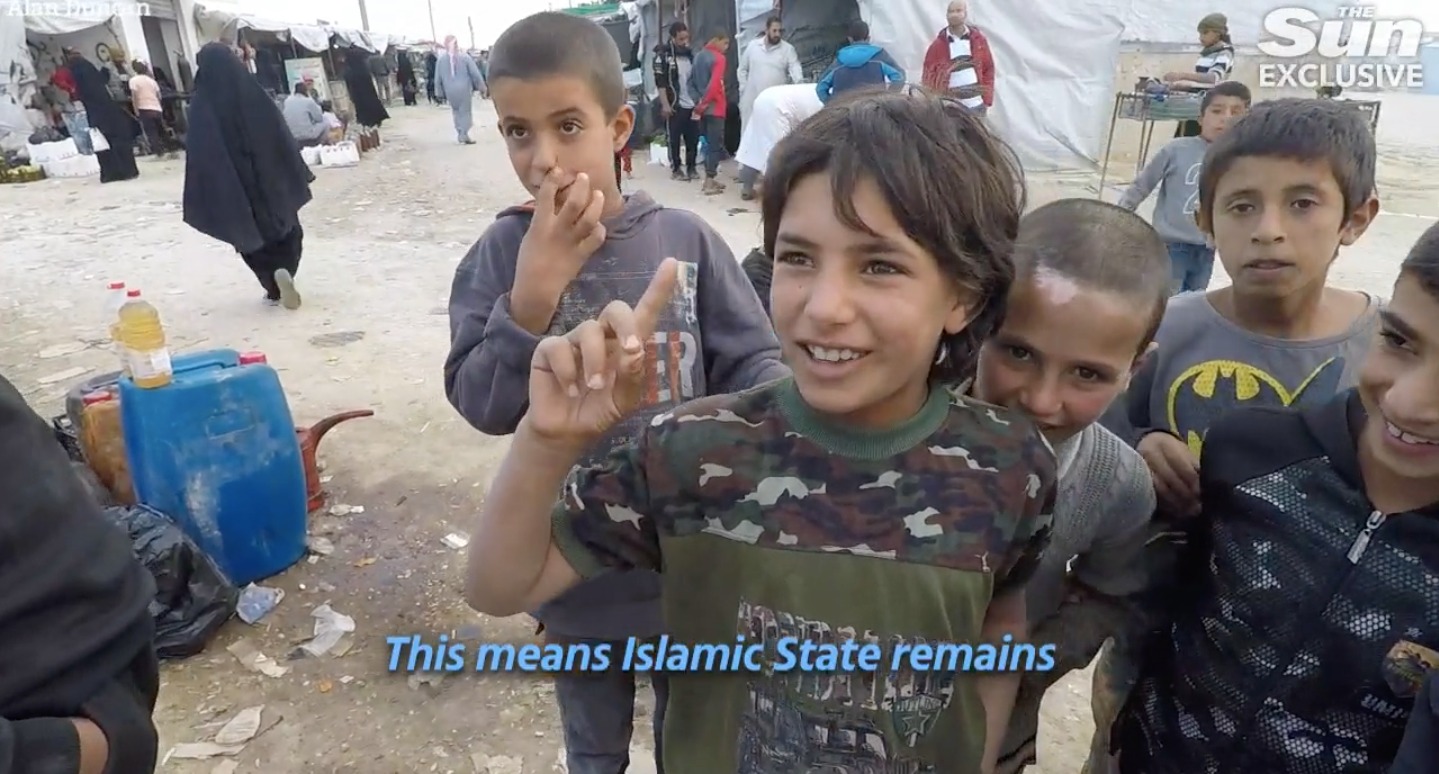 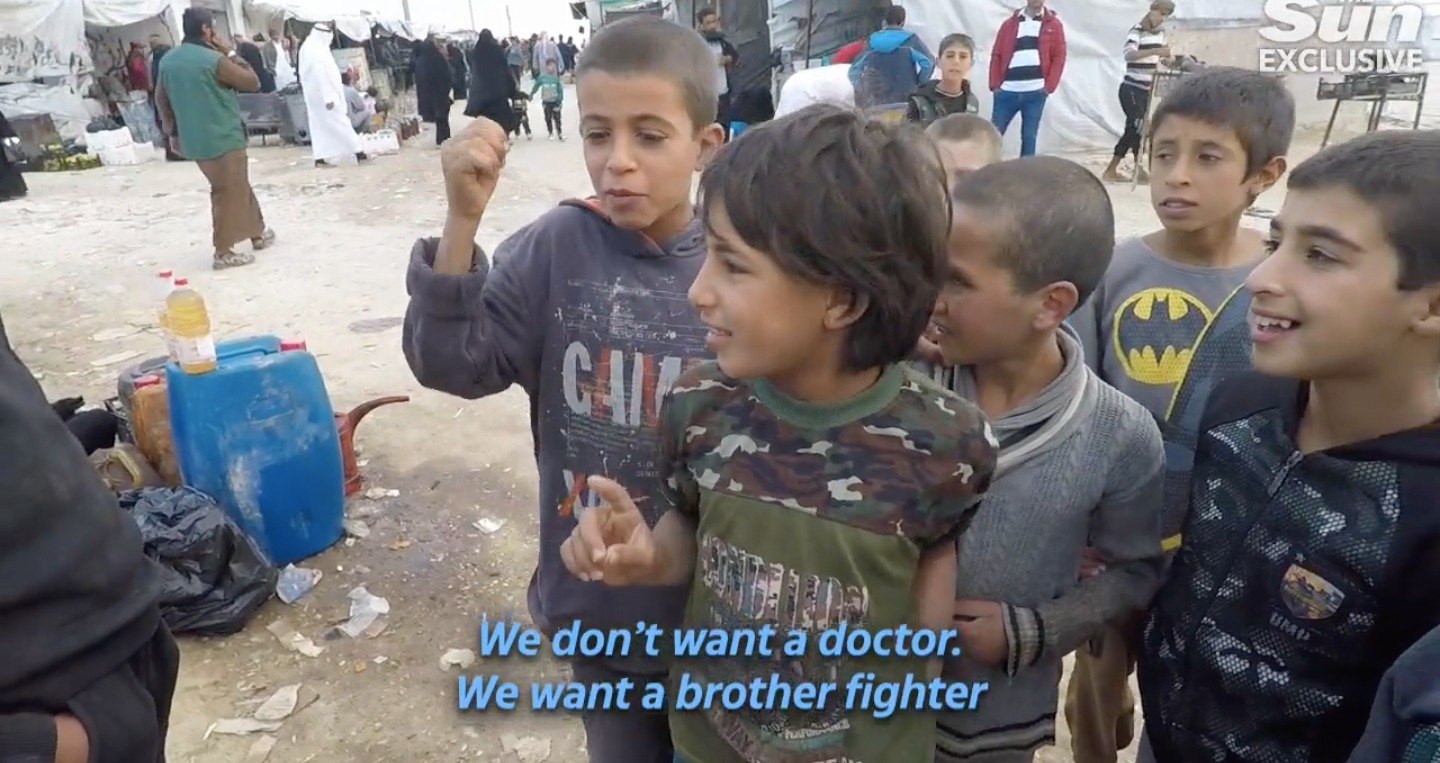 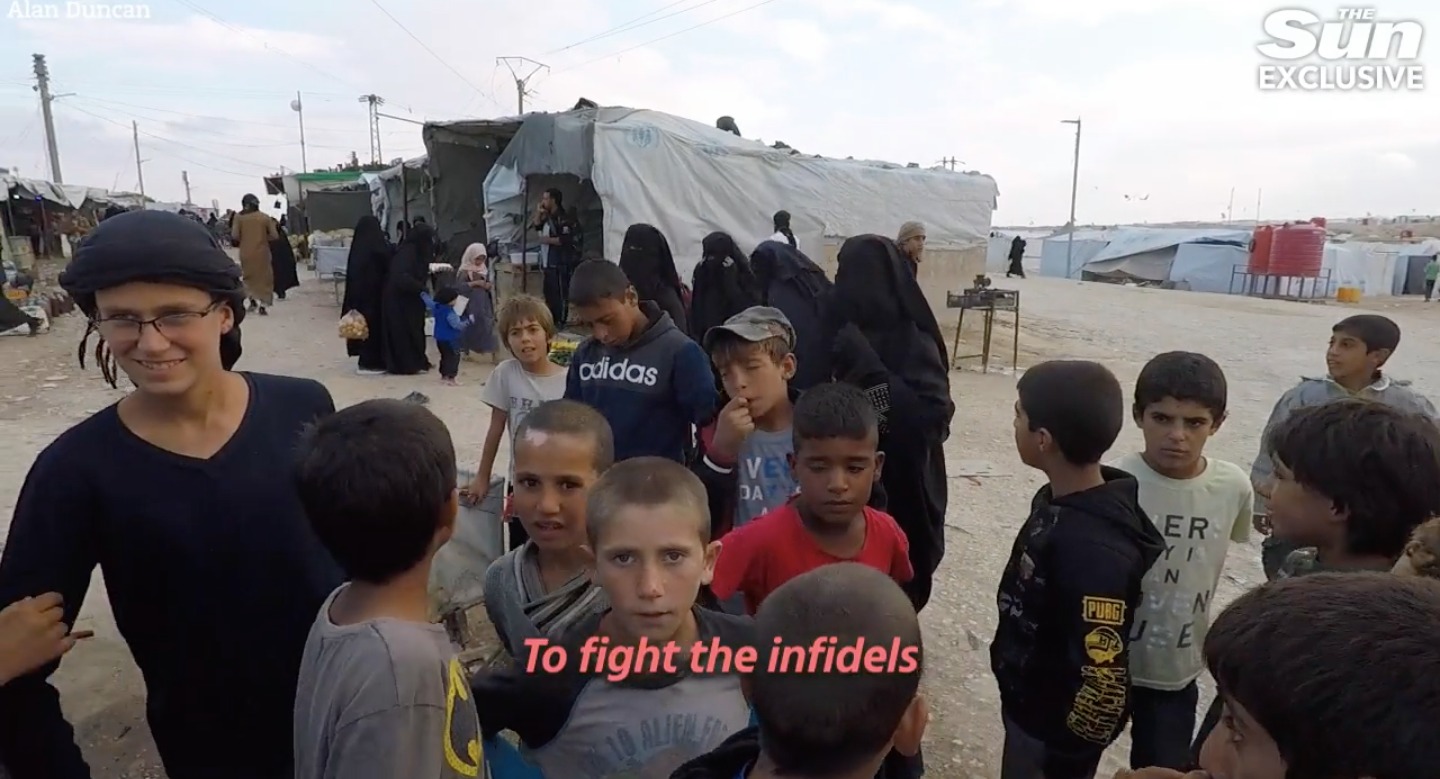 Begum stayed in al-Hawl after the collapse of the terrorist group she joined after fleeing from her home in London but has since moved to another camp, al-Roj.

Shot by documentary filmmaker Alan Duncan, the exclusive footage shows kids in the ragtag facility raising one finger in the air – a gesture which is synonymous with jihadis.

When asked why they are making the sign, one child says: “This means the Islamic State remains.”

Asked why, they reply: “We want to fight the apostates (non believers).”

Another says: “We want to fight Rawafed (rejectors) and the Kurds.”

In the video, a woman dressed in a black burka told Alan and his interpretor that she wanted to children in the camp to become “jihadists” to “fight the infidels.”

The camp – run by the Kurdish-led Syrian Democratic Forces – holds people who fled ISIS as well as the wives and children of the extremist fighters.

More than 80 per cent of people there are women and children.

It comes as 20 people were murdered in the refugee camp in north east Syria last month as the ISIS continues to assert control over its residents.

And meanwhile, ISIS beheadings and suicide bombings outside the camp are returning to levels seen during the group's rise to power in 2014. 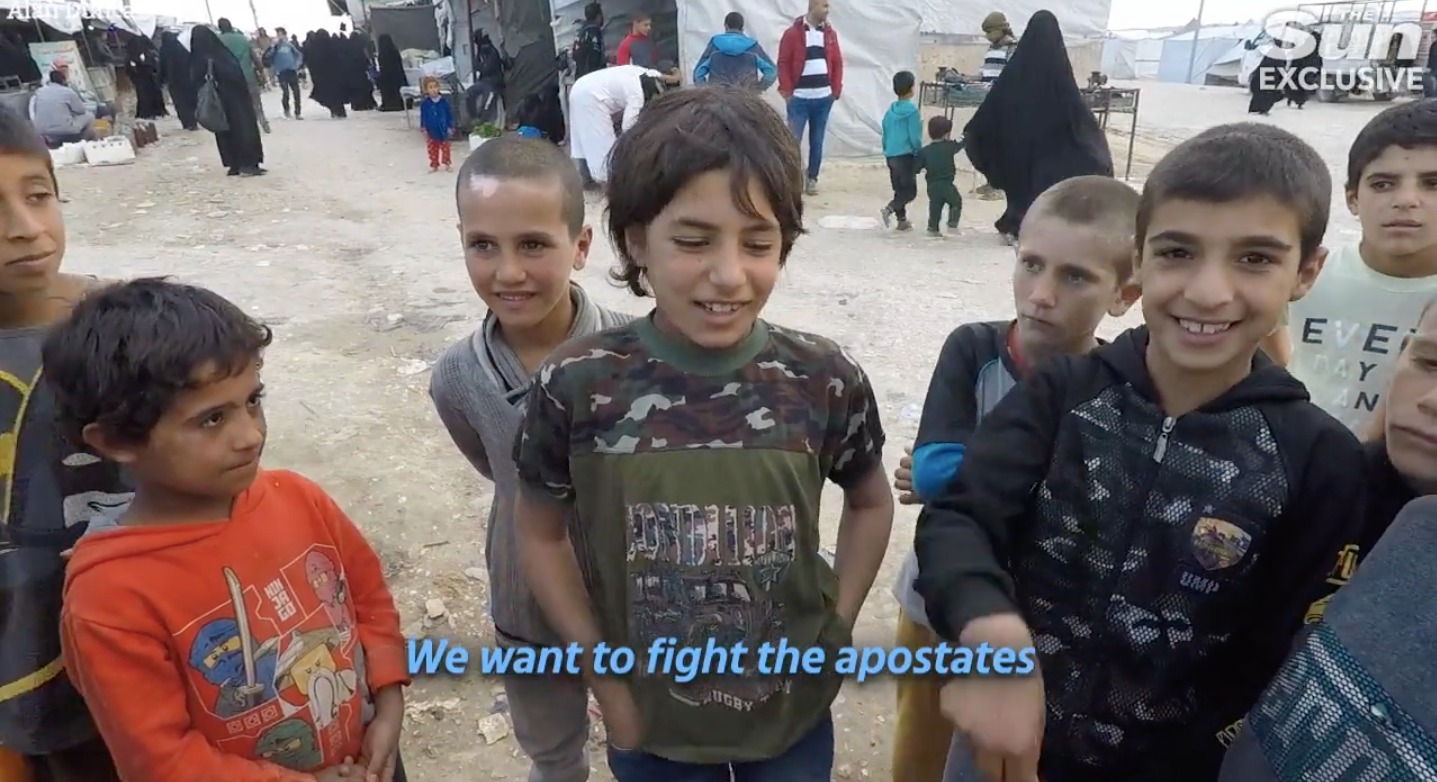 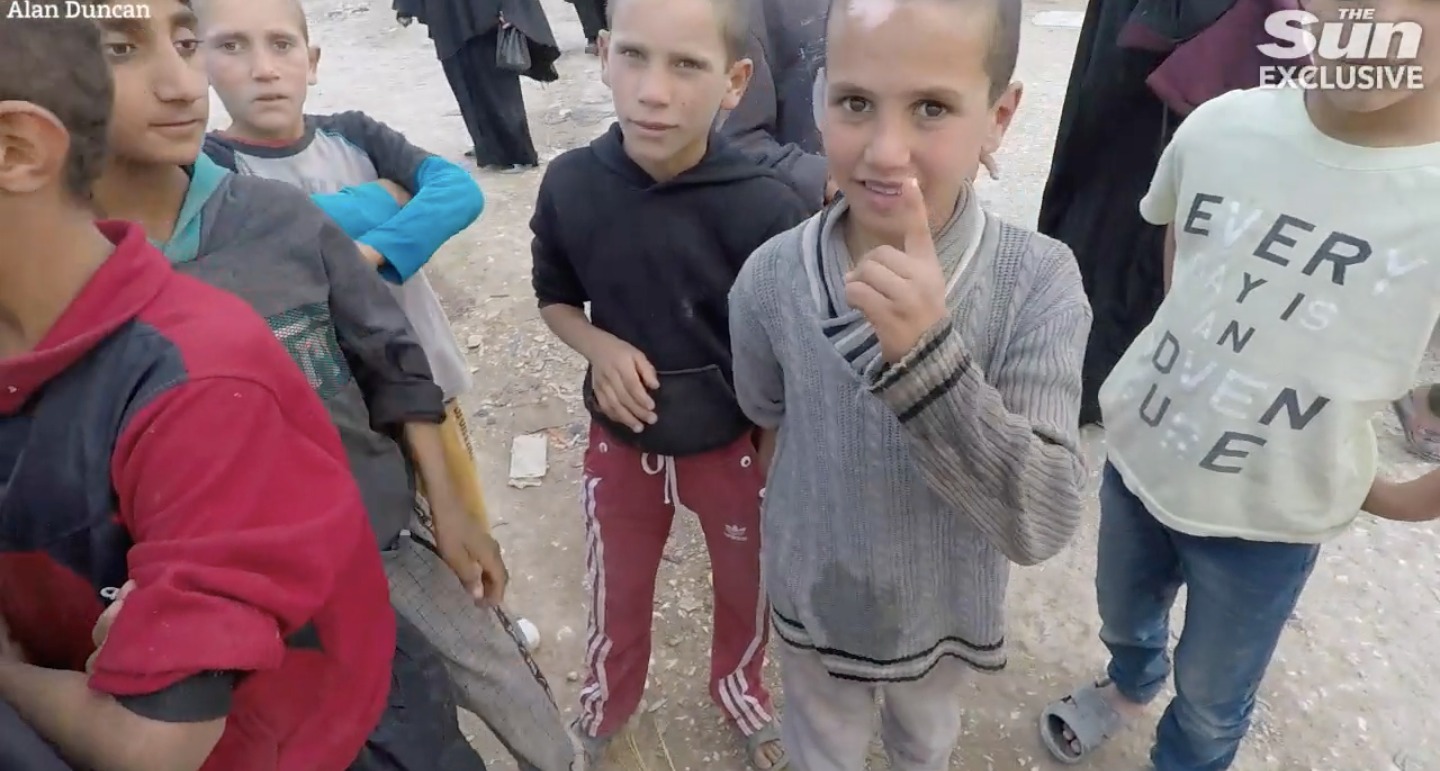 Alan, who spoke to the children in October, says there are training camps set up in al-Hawl which teach kids the sick ideology of the Islamic State.

He said: “There are already training camps in there – they are training the ISIS ideologies to the kids.

“They are training them for future jihad.”

Ten thousand of the fanatics are reportedly gathering in northern Iraq and Syria to unleash a new era of terror following their spectacular defeat in 2019.

Meanwhile, NATO is deploying 3,500 more troops amid reports the death cult is rebuilding.

Who is Shamima Begum? 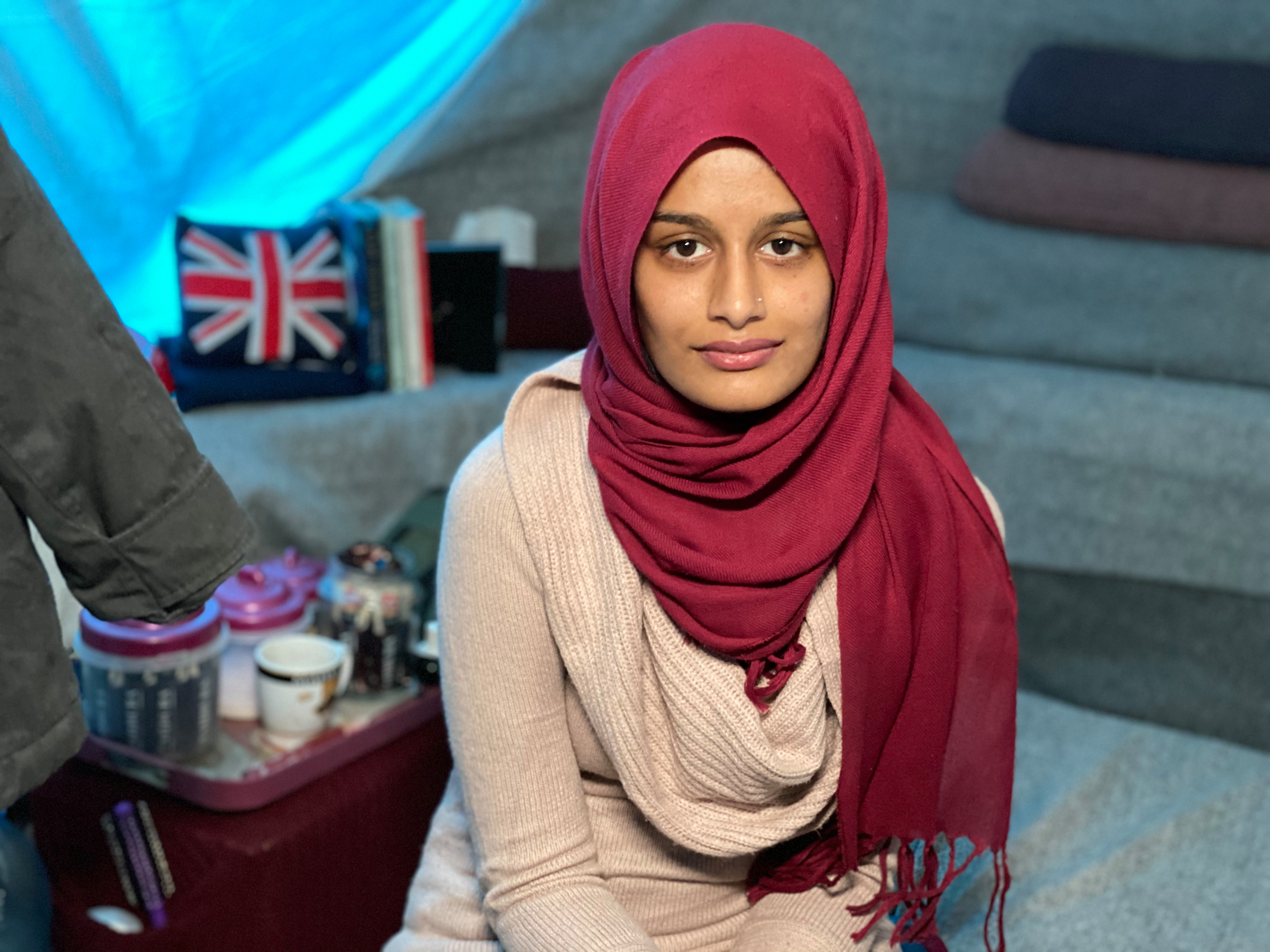 SHAMIMA Begum was told today she cannot return to the UK to pursue an appeal against the removal of her British citizenship.

Begum was 15 when she and two other east London schoolgirls travelled to Syria to join ISIS in February 2015.

Her British citizenship was revoked on national security grounds shortly after she was found, nine months pregnant, in a Syrian refugee camp in February 2019.

Ms Begum, now 21, is challenging the Home Office's decision to remove her British citizenship and wants to be allowed to return to the UK to pursue her appeal.

In July last year, the Court of Appeal ruled that "the only way in which she can have a fair and effective appeal is to be permitted to come into the United Kingdom to pursue her appeal".

The Home Office challenged that decision at the Supreme Court in November, arguing that allowing her to return to the UK "would create significant national security risks" and expose the public to "an increased risk of terrorism".

On Friday, the UK's highest court ruled that Ms Begum should not be granted leave to enter the UK to pursue her appeal against the deprivation of her British citizenship.

The president of the Supreme Court said: "The right to a fair hearing does not trump all other considerations, such as the safety of the public.

"If a vital public interest makes it impossible for a case to be fairly heard then the courts cannot ordinarily hear it.

"The appropriate response to the problem in the present case is for the deprivation hearing to be stayed – or postponed – until Ms Begum is in a position to play an effective part in it without the safety of the public being compromised.

"That is not a perfect solution, as it is not known how long it may be before that is possible.

"But there is no perfect solution to a dilemma of the present kind."

ISIS once controlled a vast swath of territory across Iraq and Syria, seized in a terrifying offensive in 2014, culminating in its leader Abu Bakr al-Baghdadi declaring an Islamic Caliphate in a Mosul mosque.

Many of the western ISIS members want to return to their homes in the West including the UK.

Militants in the camp are carrying out executions and punishments on residents who flout their strict religious code or speak to the Kurdish authorities.

Murders this year include beheadings while one man was killed using a silencer gun. 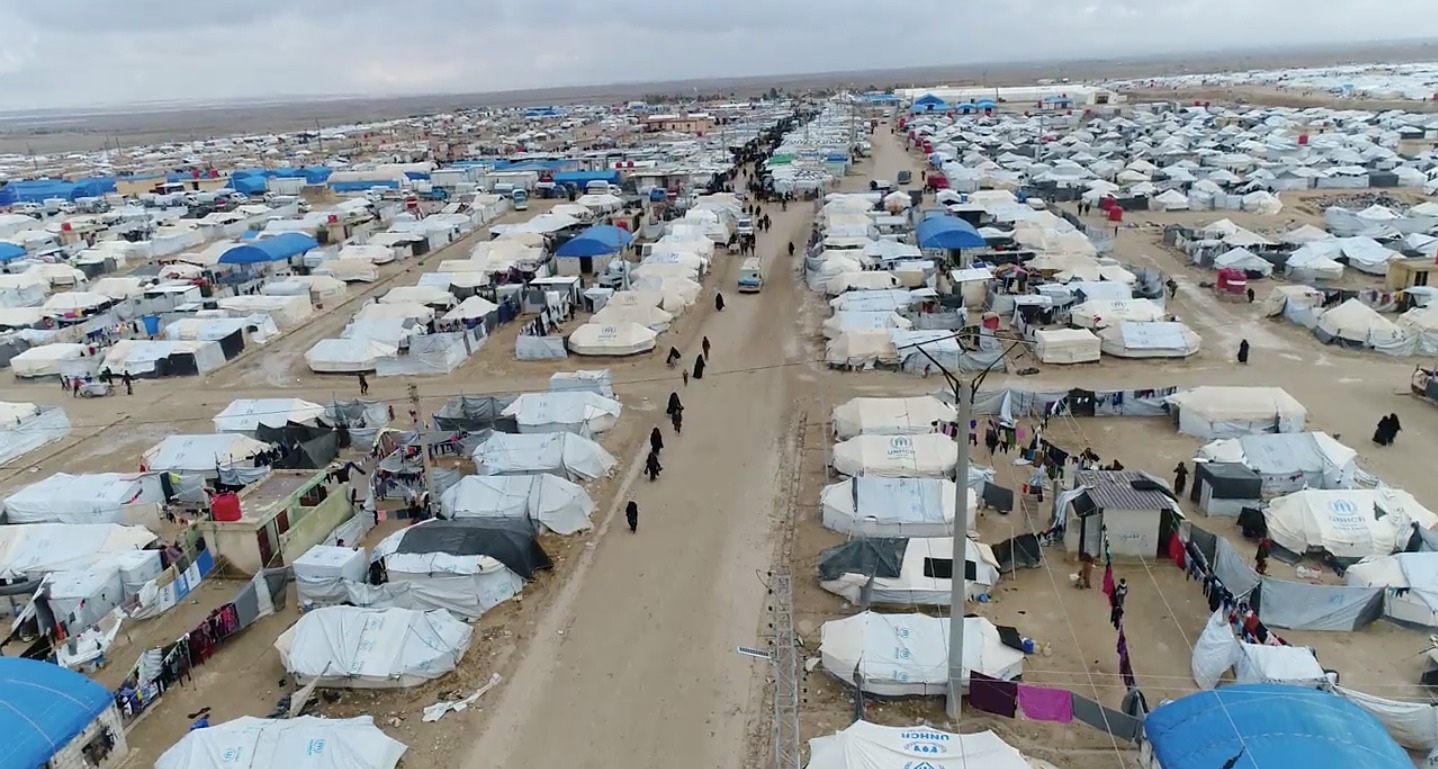 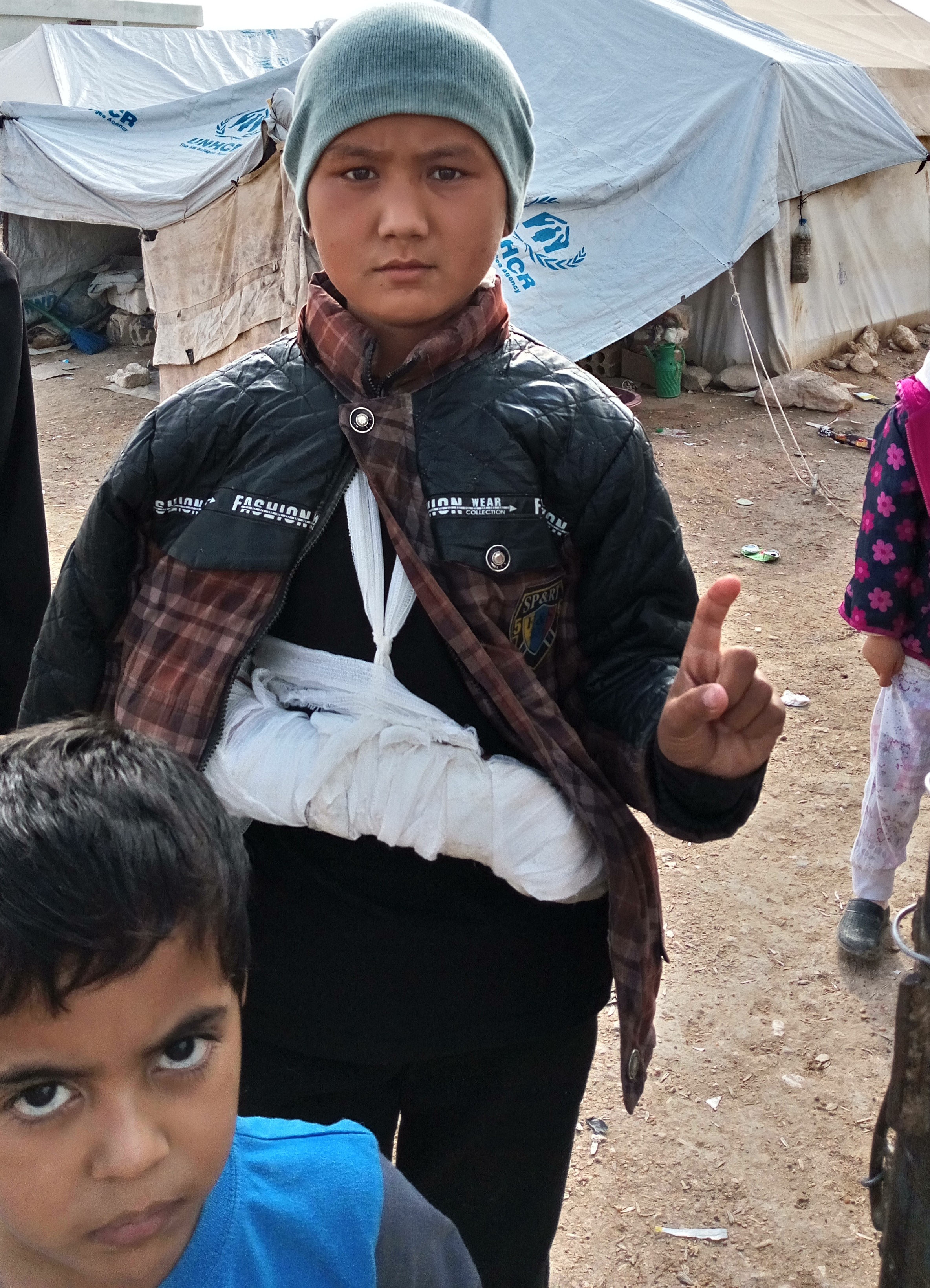 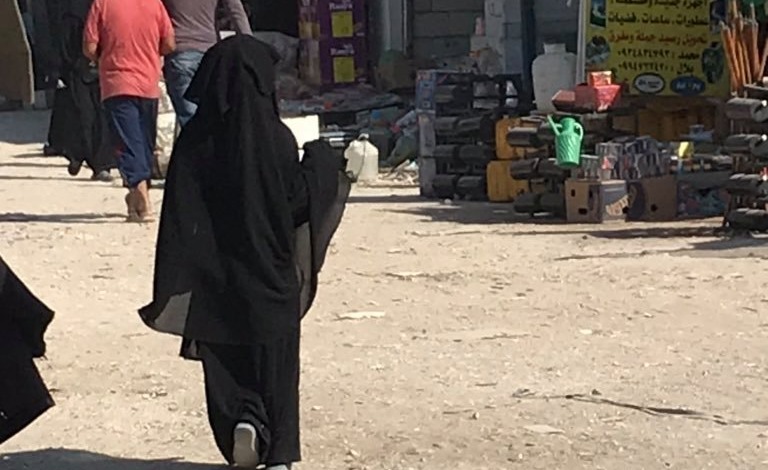 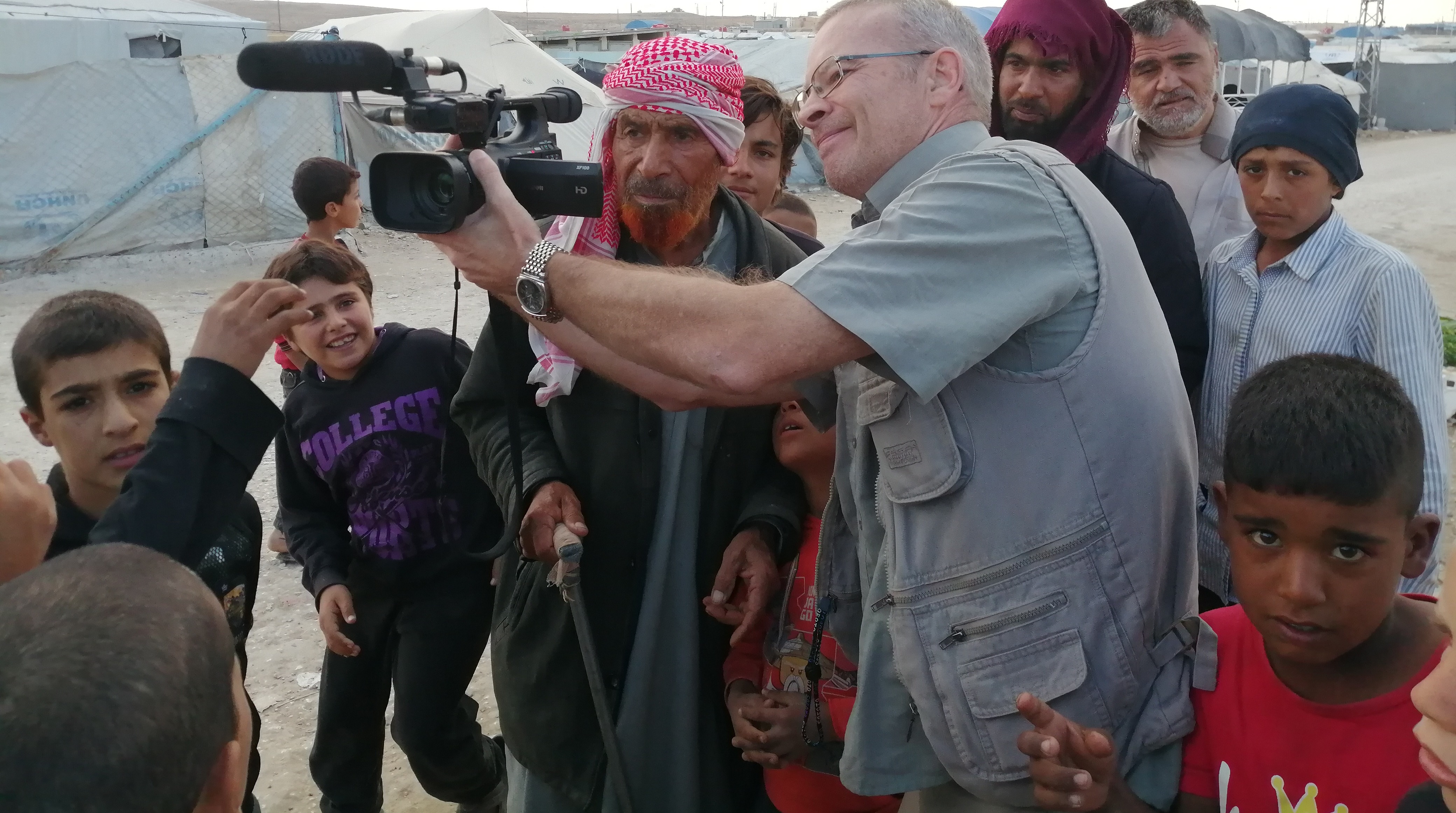 A camp official told The Sun Online that violence in al-Hawl has surged since September, culminating in at least 25 deaths since the start of the year.

He said: “Some of these killings are really hideous – some of them are beheading and there are others done using a silencer guns and others with knives.”

Speaking of the kids within the camp, he said: “The women and children are radicalised – the vehicles of the humanitarian workers are even attacked with stones.

“The guards do feel unsafe while patrolling the camp. However, they are armed and trained.

“But attacks against them are common – it is not like a normal 'camp.' Staff are becoming more and more careful – and focused all the time.”

Alan, who spends weeks at a time in Syrian camps interviewing jihadis and former members of ISIS, insisted that the kids in al-Hawl are “victims”.

He said: “The children are victims of ISIS and their parents. They are within an extremist Islamic-controlled camp.

“They are not being told how to become doctors and nurses – the little girls are there to serve and breed.

“The boys are there to be the future fighters and the future suicide bombers. 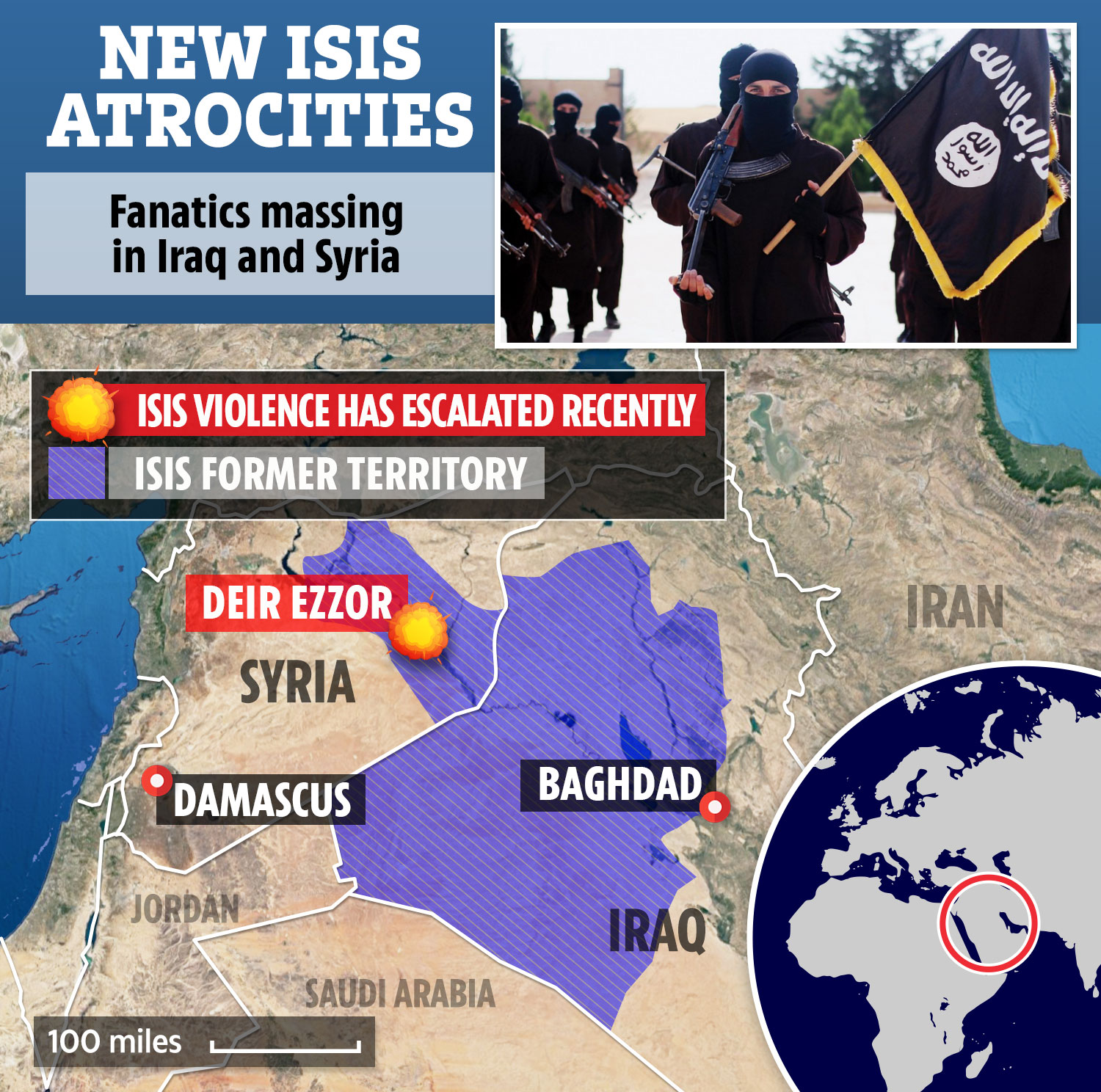 “The older they get the more dangerous they get. The longer they are left in there the less chance you've got at bringing them back.”

Speaking of the recent violence in the camp, Alan said: “Even I noticed a change in there. I knew this would happen and it is happening.

'THE KIDS ARE VICTIMS'

"This is the start of the new caliphate. I am certain of it.

“You can sense the fear in there of the religious police. They are trying to keep the structure of caliphate in there – the laws, the punishment.

“ISIS see that camp – they want everyone out of there They see it as 'they've got all our women and children'.”

Alan has interviewed dozens of jailed ISIS militants on camera in camps in north-east Syria and even rescued a Yazidi sex slave in al-Hawl.

The Scot is working on a documentary featuring explosive, never-before-seen interviews with western jihadis, including Brits.