KATE Middleton was left visibly moved as she spoke to two Holocaust survivors who met at a Nazi concentration camp.

The duchess told Zigi Shipper, 91, and Manfred Goldberg, 90, it was important their stories were "passed on to the next generation". 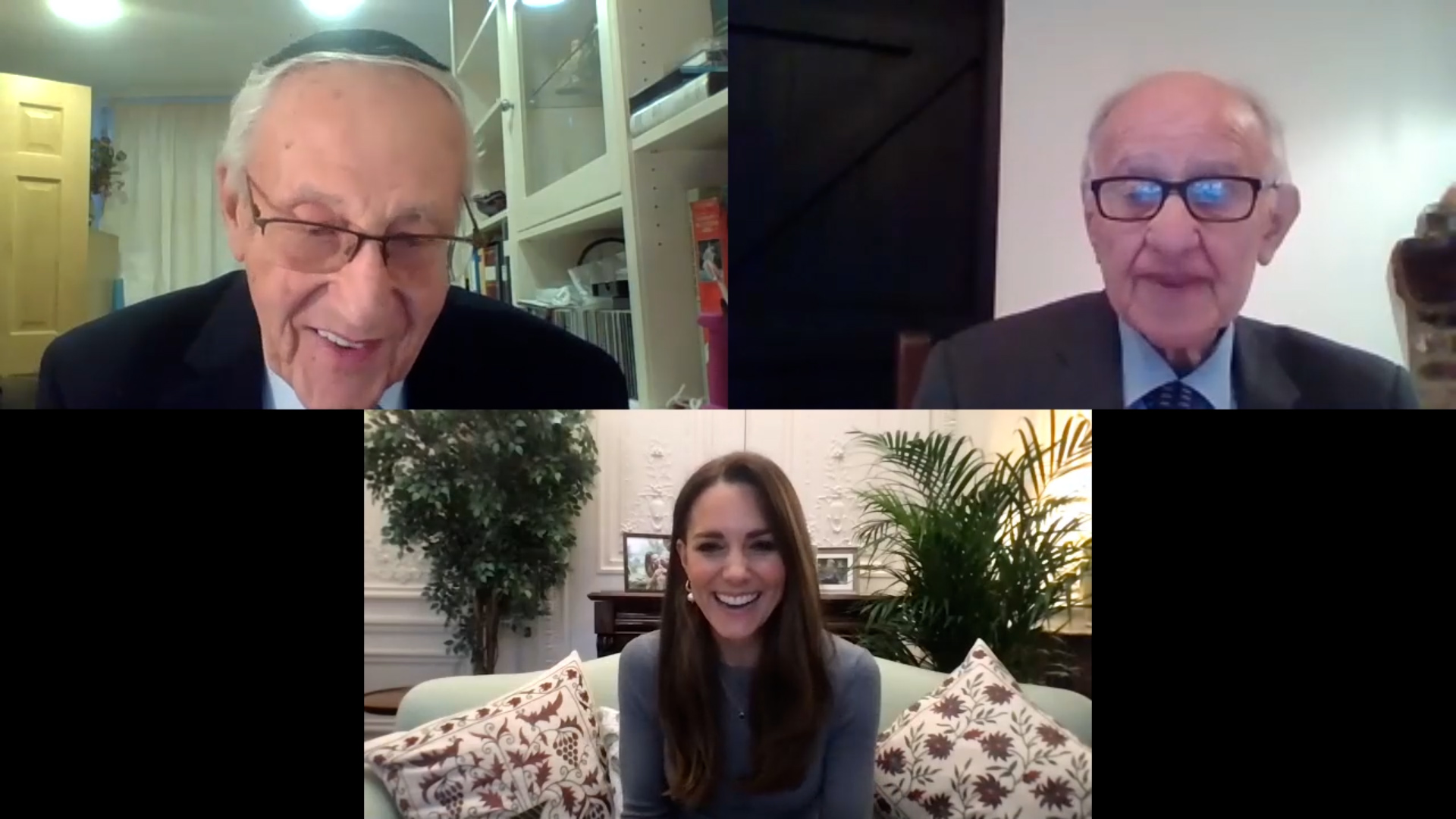 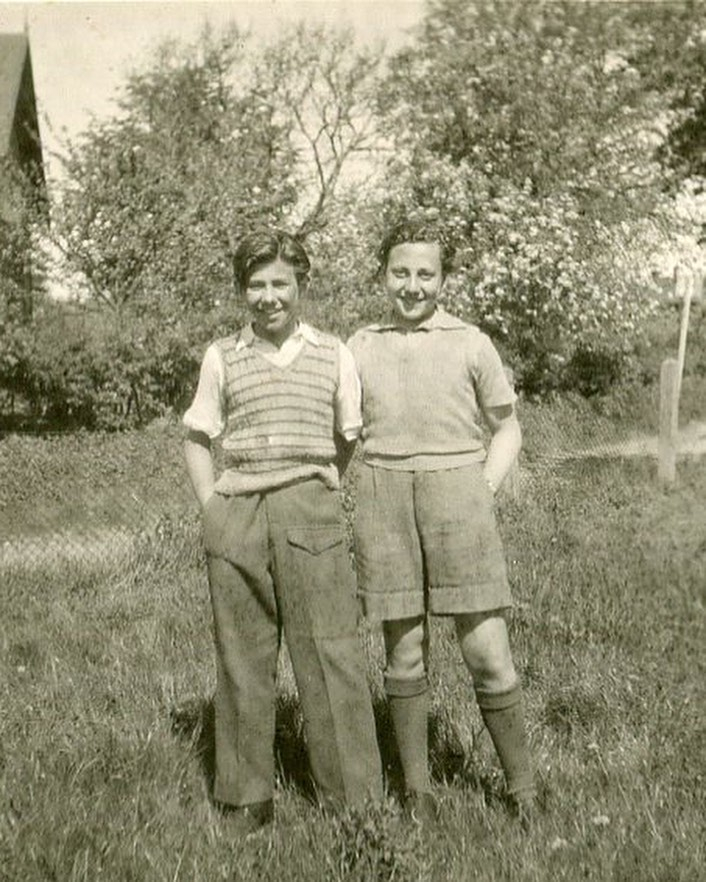 Kate, 39, looked upset and remarked "horrible" as she listened to survivors of Nazi concentration camps relive their stories.

Manfred and Zigi told the duchess: "All it takes for evil to triumph is for good people to remain silent."

Zigi, 91, and Manfred, 90, have been lifelong friends since they met in Stutthof, a Nazi concentration camp in Poland.

"I am really glad there is the younger generation flying the flag for this work.

"Manfred and Zigi, I never forgot the first time we met in 2017 and your stories have stuck with me since then.

"It’s been a pleasure to see you again today and you are right Manfred, it’s important that these stories are passed onto the next generation."

She added: "The stories that you have both shared with me again today and your dedication in educating the next generation, the younger generations, about your experiences and the horrors of the Holocaust shows extreme strength and such bravery in doing so, it’s so important and so inspirational."

Seeing the duchess appear on screen, Zigi said: "I was so happy, you know. I didn’t need your husband. You are the one that I wanted." 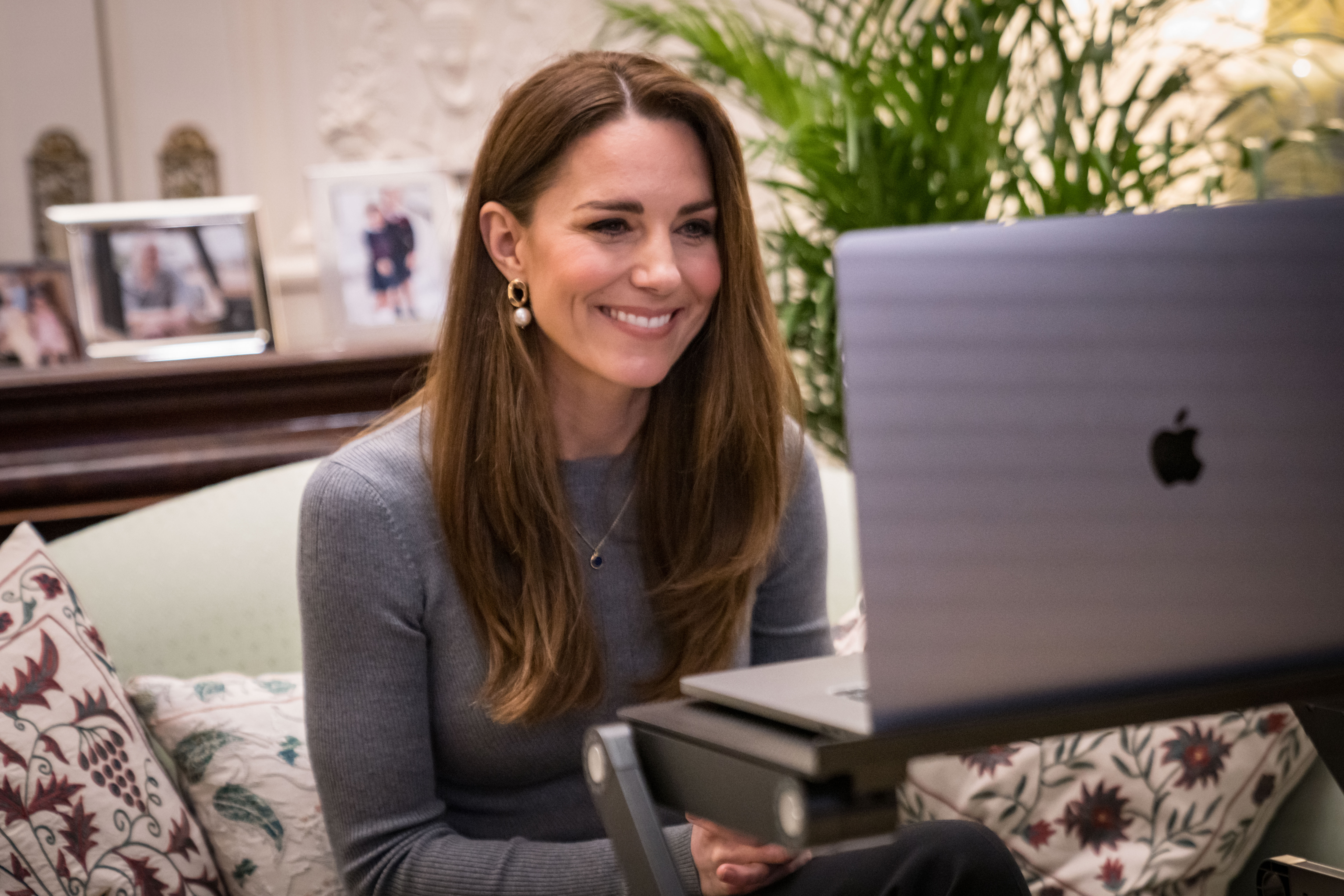 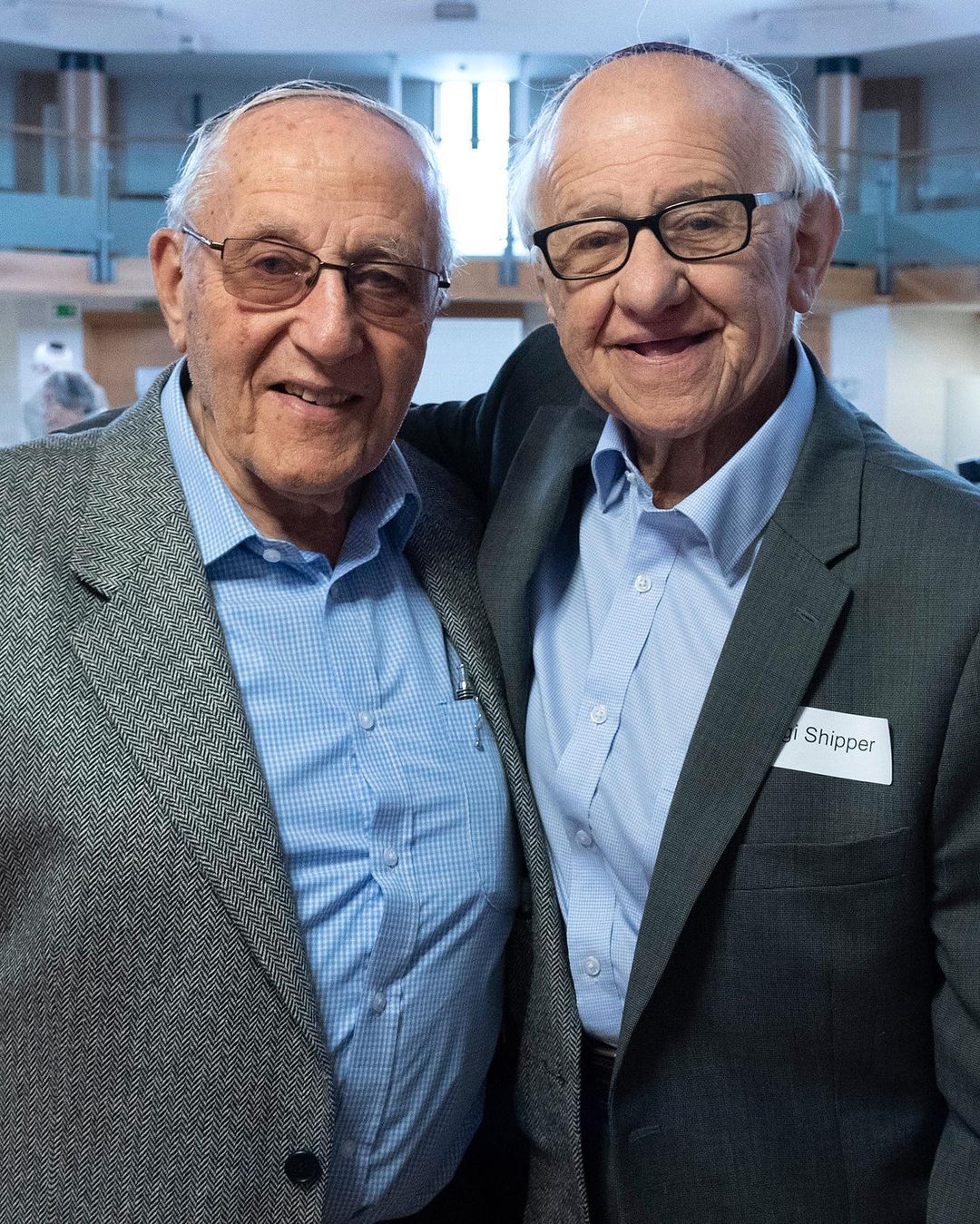 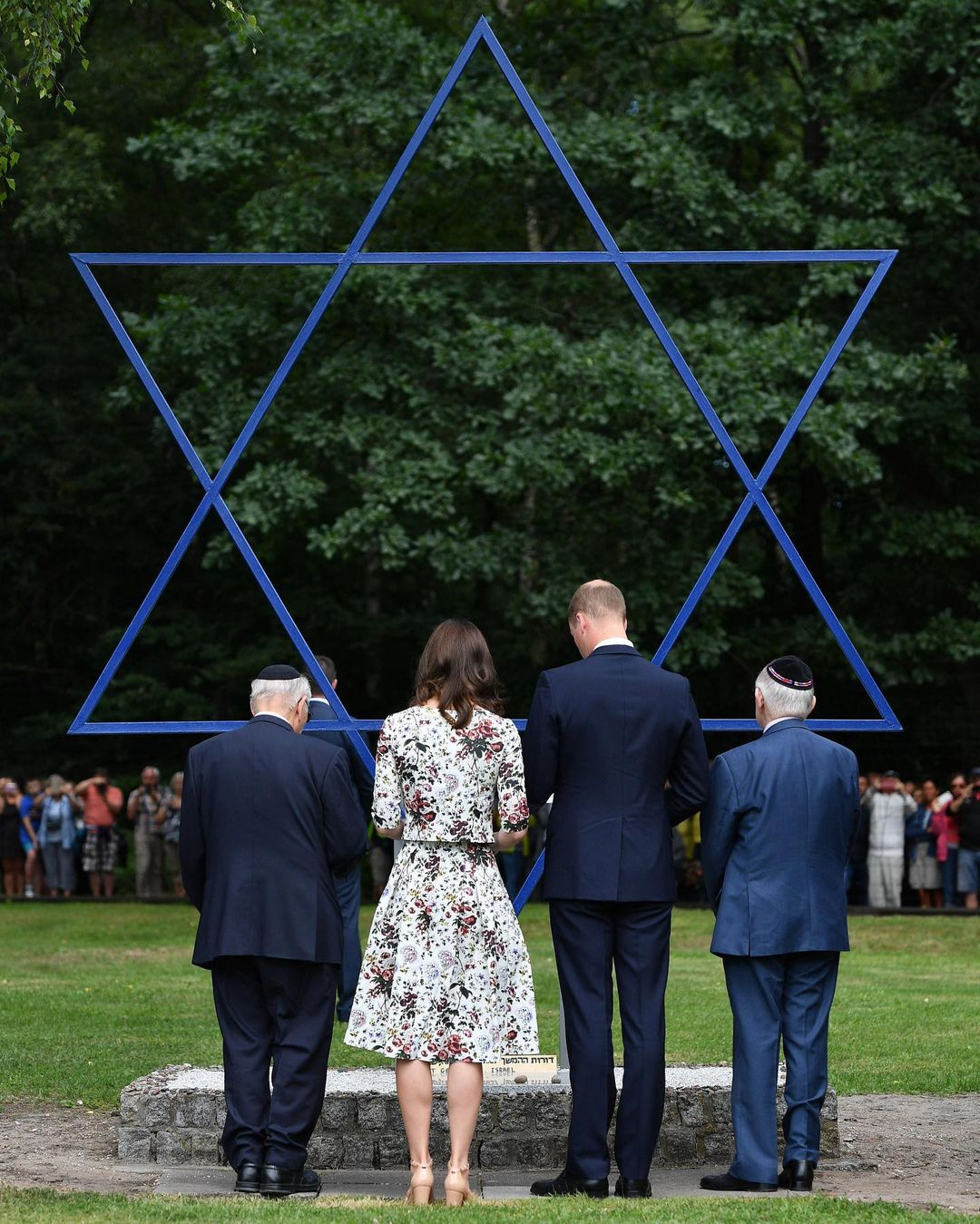 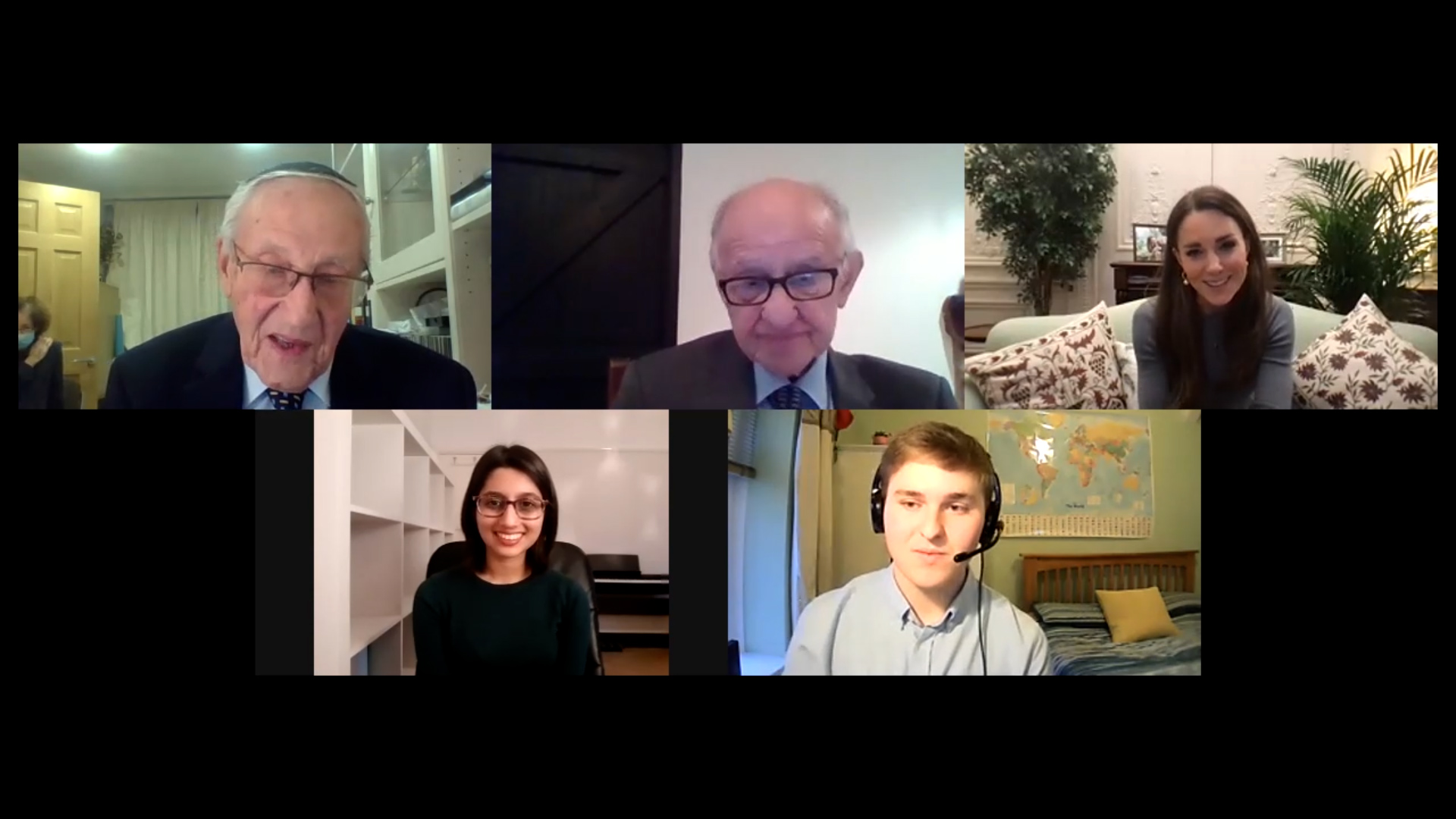 Kate laughed: "Well Zigi I will tell him you miss him very much.  And he sends his regards as well, obviously, it's lovely to see you again."

Zigi and Manfred met in Stutthof concentration camp in Poland.

Both men met the duchess before, when she and Prince William visited Stutthof in 2017.

Manfred was 11 years old when he was sent to the camp, along with his mother and younger brother, Herman.

His father had escaped to England just two weeks previously and was unable to reach his family.

They eventually reunited after the concentration camp was liberated in 1945.

Manfred told Kate: "Unfortunately it was a bitter sweet union as my younger brother [Herman] was murdered in the camps.

"Instead of having four of us in the family, there were just three.

Manfred revealed he survived extermination by pretending he was 17 and able to do forced labour.

He told the shocked duchess: "That is what saved my life. I was always fairly strong for my age. We were facing a selection which meant shuffling along single file until we faced an SS man.

"As I shuffled forwards the man behind me whispered to me ‘if they ask you your age say you are 17’. In fact I had just passed my 14th birthday. But as he primed me and he [the SS man] did ask me that question and I said 17.

"I have pondered on it, but I will never know [whether] that man saved my life. I never saw him again. He was behind me, I don’t know which way he was sent."

Nazis took anyone aged over 17 to work in slave labour, Manfred told Kate and "It was a daily lottery to survive."

He told Kate he was reunited with his surviving family in England in 1946: "I must tell you in all honesty that when I arrived in this country I did not dream in my lifetime I would ever have the privilege of seeing, never mind connecting, with royalty.

"It confirms to me that I will never appreciate fully how lucky I was to be admitted to live my life in this country in freedom.

"My life really began when I arrived here when I was 16 years old. I didn’t know the meaning of life."

Zigi told Kate he lived in a ghetto for four years before being moved into the concentration camp.

He was later crammed into trains built for animal transportation and taken to Auschwitz.

He said: "I didn’t have a clue what Auschwitz was. They told us to leave everything. They took us to washing and cleaning.

"It happened that other people that went with the group, they had to go for a selection – and 90 percent of them were killed straight away."

Zigi witnessed mothers being shot for not handing over their babies.

"I always remember. How can I forget that number. I can’t forget it. I want to get rid of it."

He was then sent to Stutthof where he met Manfred before being freed.

Incredibly, his mother who had fled to Britain found Zigi via the British Red Cross and they were reunited.

The video call was organised by the Holocaust Educational Trust, which works in schools, universities and local communities to educate young people from all backgrounds about the Holocaust and the vital lessons to be learnt from it.

Both the duchess, Zigi and Manfred spoke to two students who have become HET Ambassadors, Farah Ali and Maxwell Horner, both 18.

Asked by the duchess how she felt hearing the mens’ stories, Farah said: "There are no words to describe it."

Holocaust Memorial Day takes place each year on January 27, marking the anniversary of the liberation of Auschwitz-Birkenau.