Kamala Harris is America’s first Black Vice President-Elect of the United States of America, and the first woman to be elected to the seat. The power of this historic moment runs deep for us. We’re celebrating a century of fighting for Black people and the 100th year anniversary of women’s voting freedom in our country. This is history in the making.

Vice President-Elect Kamala Harris stands on the shoulders of hundreds of thousands of Black women who shaped this election as they fought, organized, ran for office, and voted in order for us to reach this moment. During this momentous occasion, I think of all the women who came before us, as their sacrifices are brought to fruition. From revolutionaries like Harriet Tubman to trailblazers like Shirley Chisolm, Black women have historically dared to challenge white supremacy, and were long kept from ascending to the heights of power because of it. Harris’ appointment has been a project in building power nearly 400 years in the making. And we’re not done.

Her win is a testament to the power of Black voters, and the powerful infrastructure of racial justice organizations that overcame the widespread voter suppression and ballot suppression attempts, to make sure Black voices were heard, respected and included.

Beyond Vice President-Elect Kamala Harris herself, Black women’s leadership drove America forward, protecting our freedoms and fighting for this country. This election, we’ve proven once more that we are critical to the party’s success – exit polls show a resounding 91% of Black women voted for Biden and Harris, the highest of any identified racial group. All this, even as so much of this country was turned against them and in a disappointing show of support for the four years of President Trump’s racism, bigotry and mismanagement of our country.

Black women have led the fight for our collective freedom, caring for this country even when this country has made it difficult for Black women to exercise our basic rights. From Breonna Taylor’s murder and the abysmal handling of her case, to the disproportionate impacts of the COVID-19 pandemic on women in Black and brown communities, to public incidents of assault on Black women with well-earned celebrity status, to the rising number of Black trans women being killed, we have been told time and time again that our lives don’t matter. Still, we stand up every time when it matters most. 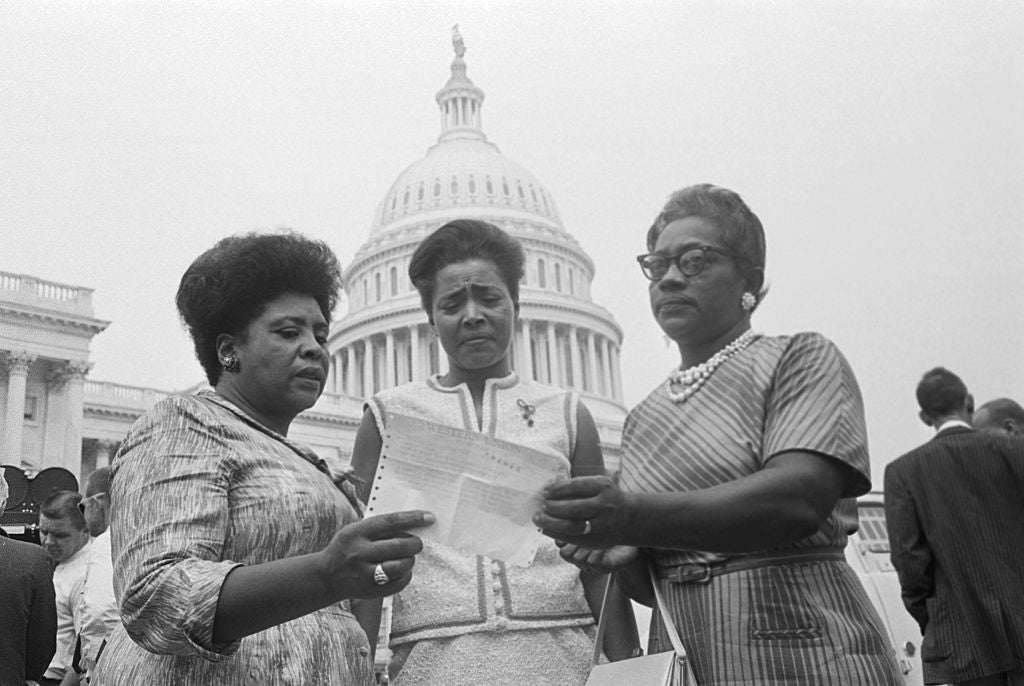 But this election is also different. We were working for one of our own. Harris’ spot on the ticket, alongside the growing political power of Stacey Abrams, Ayanna Pressley, Cori Bush, Mauree Turner and so many other Black women in politics, is part of a historic gendered, generational handoff in Black political power. Their leadership allows us to reimagine government. It starts to make real our vision of a true democracy, with those who have historically lacked access to power now steering the ship.

These Black women are a testament to the power of what happens when we, Black women, lead. In the last four years alone, we’ve helped elect criminal justice superstars like Larry Krasner of Philadelphia, Wesley Bell of Missouri, and most recently George Gascon in Los Angeles. We’ve gone toe-to-toe with corporations like Facebook and Mark Zuckerburg, getting companies to halt advertising until hateful rhetoric was properly addressed. We prompted millions of people to take action for George Floyd, Ahmaud Arbery, Breonna Taylor and the countless other Black people fatally impacted by police violence.

We deserve a chance to reflect and celebrate. But soon we will turn to holding the Biden and Harris administration accountable to the needs of the Black voters who put them in office, specifically the Black women who have carried the campaign from start to finish.

The heightened racism sparked by Trump and his enablers isn’t going to simply disappear. While Biden and Harris’ election proves that a demand for racial justice is now a majority opinion in our country, this new administration needs a concrete plan to tackle white supremacy and the deeply-rooted structural racism in our society, made ever-so evident by the coronavirus pandemic, police violence, and harmful corporate policies that were allowed to run rampant during Trump’s presidency. This will require not just the dedication of the Vice President, but the allyship and action of those who surround her.