Tommy Robinson accused a teenage Syrian refugee of a gang attack on a young girl and also said the youngster threatened to stab another child, a judge has ruled.

The High Court ruled on the meaning of the English Defence League founder’s comments about the boy who was filmed being attacked in a school playground.

A video showing Jamal Hijazi, then 16, being pushed to the ground and threatened with drowning at Almondbury School in Huddersfield provoked outrage and a flood of public sympathy after it went viral in November 2018.

English Defence League founder Robinson, 37, whose real name is Stephen Yaxley-Lennon, later commented about the incident in two Facebook videos, claiming Jamal was ‘not innocent and he violently attacks young English girls in his school’.

He also claimed Jamal ‘beat a girl black and blue’ and ‘threatened to stab’ another boy at his school, allegations the teenager ’emphatically denies’. 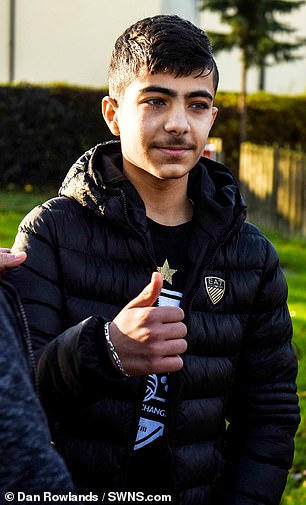 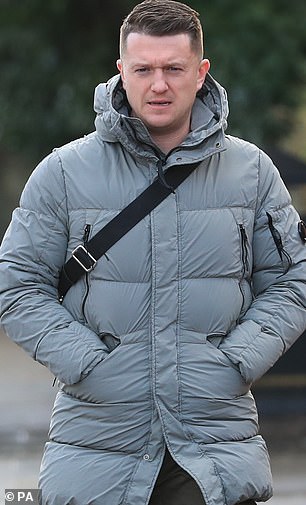 Pictured, left: Jamal Hijazi outside Almondbury Community School in Huddersfield after he was attacked in a video that went viral. Pictured, right: Tommy Robinson outside the High Court in January

Ahead of a full libel trial, Jamal’s lawyers claim Mr Robinson’s ‘racist invective’ on Facebook led to the teenager and his family being targeted by ‘far-right activists’ which forced him and his family to leave the area.

At a preliminary hearing in March, Mr Justice Nicklin was asked to determine the ‘natural and ordinary’ meaning of Robinson’s statements.

In a judgment delivered remotely on Tuesday, the judge found that Mr Robinson’s statements meant that Jamal had ‘as part of a gang, participated in a violent assault on a young girl which had caused her significant injuries’ and also ‘threatened to stab another child’.

Mr Justice Nicklin rejected Jamal’s contention that Mr Robinson’s statements would be understood to suggest that there were other ‘incidents of violence beyond the particular acts that were identified’ in the two videos.

He said: ‘In my judgment, the viewer would recognise that the defendant was making a specific allegation of violent conduct against the claimant.’

The judge added that the ordinary and reasonable viewer of the videos would understand Mr Robinson to have been speaking ‘figuratively’ when he said of Jamal that ‘he’s not innocent, he attacks young girls’.

But Mr Justice Nicklin also rejected Mr Robinson’s suggested meaning of the statements, that ‘as part of a gang, the claimant has committed serious acts of violence against a schoolgirl’.

The judge ruled that Mr Robinson’s suggested meaning ‘fails to capture the gravity of the allegation being made against the claimant, specifically that (the girl) had been beaten ‘black and blue’ … and ignores, completely, the allegation of a threat to stab the boy that is made clearly in the first video’. 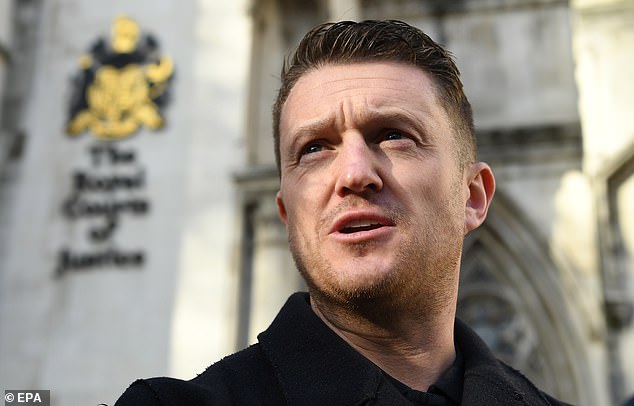 r Justice Nicklin also rejected Mr Robinson’s suggested meaning of the statements, that ‘as part of a gang, the claimant has committed serious acts of violence against a schoolgirl’ (pictured, Tommy Robinson outside the High Court)

In his ruling, Mr Justice Nicklin stated: ‘It is important to note that the court is only dealing with the issue of meaning.

‘The defendant has advanced a defence of truth. Unless the parties resolve the litigation, that issue (and others) will be determined at a later trial.’

At the hearing in March, Jamal’s barrister Ian Helme told the court that ‘the notorious far-right provocateur’ Mr Robinson has accepted that the statements were ‘very seriously defamatory’ of Jamal.

He said the two videos, the first of which he said had been viewed more than 850,000 times within 24 hours, were ‘short, sharp videos designed for the social media age – they are viewable instantaneously and repeatedly’.

He argued that the viral video ‘was interpreted on social media as an example of racist bullying’, which ‘led to a massive social media witch hunt of the alleged assailant which ultimately caused him and his family to have to flee Huddersfield’.

He added: ‘(Robinson’s) case is that when he posted the videos in issue, he was trying to present the other side of the story – that, in fact, the claimant had been violent towards other children and that there was a background to the incident which was not being talked about.’

At a previous hearing last November, Mr Bennett said Robinson’s defence would focus on ‘those people who say they were assaulted by the claimant and the claimant’s denials that he assaulted them’.