Joanna Cherry, a prominent SNP MP, has been sacked from the party’s frontbench in Westminster.

Ms Cherry, widely tipped as a future SNP leadership challenger to Nicola Sturgeon and an ally of previous leader Alex Salmond, said she had been removed from her role despite ‘hard work, results & a strong reputation’.

The QC, who has been involved in an internal party row over gender recognition and trans rights, delivered a parting shot as she said the SNP needs to ‘radically rethink our strategy’.

The move was announced by Ian Blackford, the SNP’s Westminster leader, as part of a wider reshuffle as he said ‘team working and cooperation are key to ensure results and this reshuffle will give us a strong team to take us forward’. 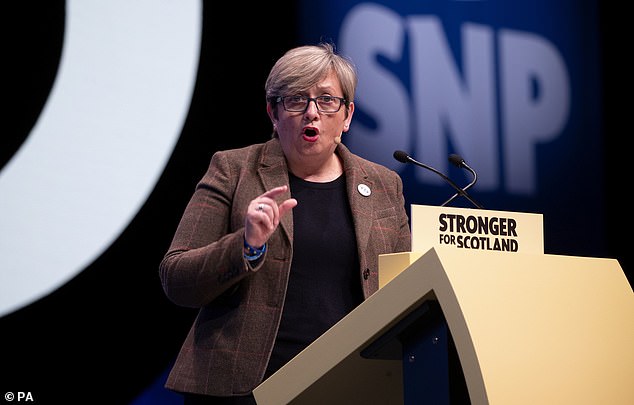 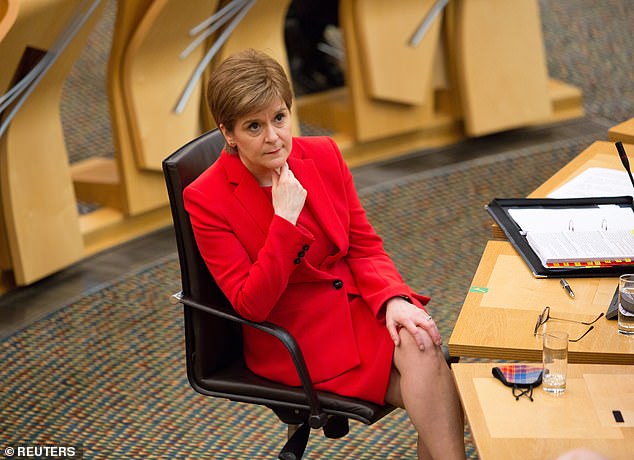 Ms Cherry’s profile increased significantly after she successfully challenged Boris Johnson’s plans for the prorogation of Parliament in 2019.

She has been an outspoken critic of Ms Sturgeon and is viewed as a likely future SNP leadership candidate.

She hit out in November last year as she said the SNP ‘shouldn’t be about the cult of leader, whether it’s Alex or Nicola, or anyone else’.

She added: ‘Westminster is increasingly irrelevant to Scotland’s constitutional future and @theSNP would do well to radically rethink our strategy.’

There was no mention of Ms Cherry in Mr Blackford’s reshuffle statement.

He said: ‘We have a wealth of talent and experience and this reshuffle of SNP MPs ensures we are in the best possible position to hold the UK government to account during this global pandemic and the aftermath of Brexit, to support colleagues ahead of the Scottish elections, and to deliver independence.’

Ms Cherry has faced criticism from some for her stance on transgender issues.

There is an ongoing row in the SNP on the issue of gender recognition, with some in the party strongly opposed to moves by the Scottish Government to make it easier for people to legally change their gender identity.

The issue arose after the Scottish Government put forward plans to legislate on gender recognition reform, which would have eased the process of legally changing gender identity.

The plans, which were scrapped last year after the coronavirus pandemic hit, would have meant trans people could receive a Gender Recognition Certificate through self-declaration after six months, rather than requiring medical evidence and a two-year period of living as that gender under the current rules.

Ms Cherry had been a high-profile critic of the planned reform.