JEREMY Corbyn's brother Piers has been slapped with a £10,000 fine under newly-introduced coronavirus laws for organising an anti-lockdown protest in central London.

The brother of former Labour leader Jeremy Corbyn was among those to attend the "Unite for Freedom" protest on Saturday, which was held in Trafalgar Square. 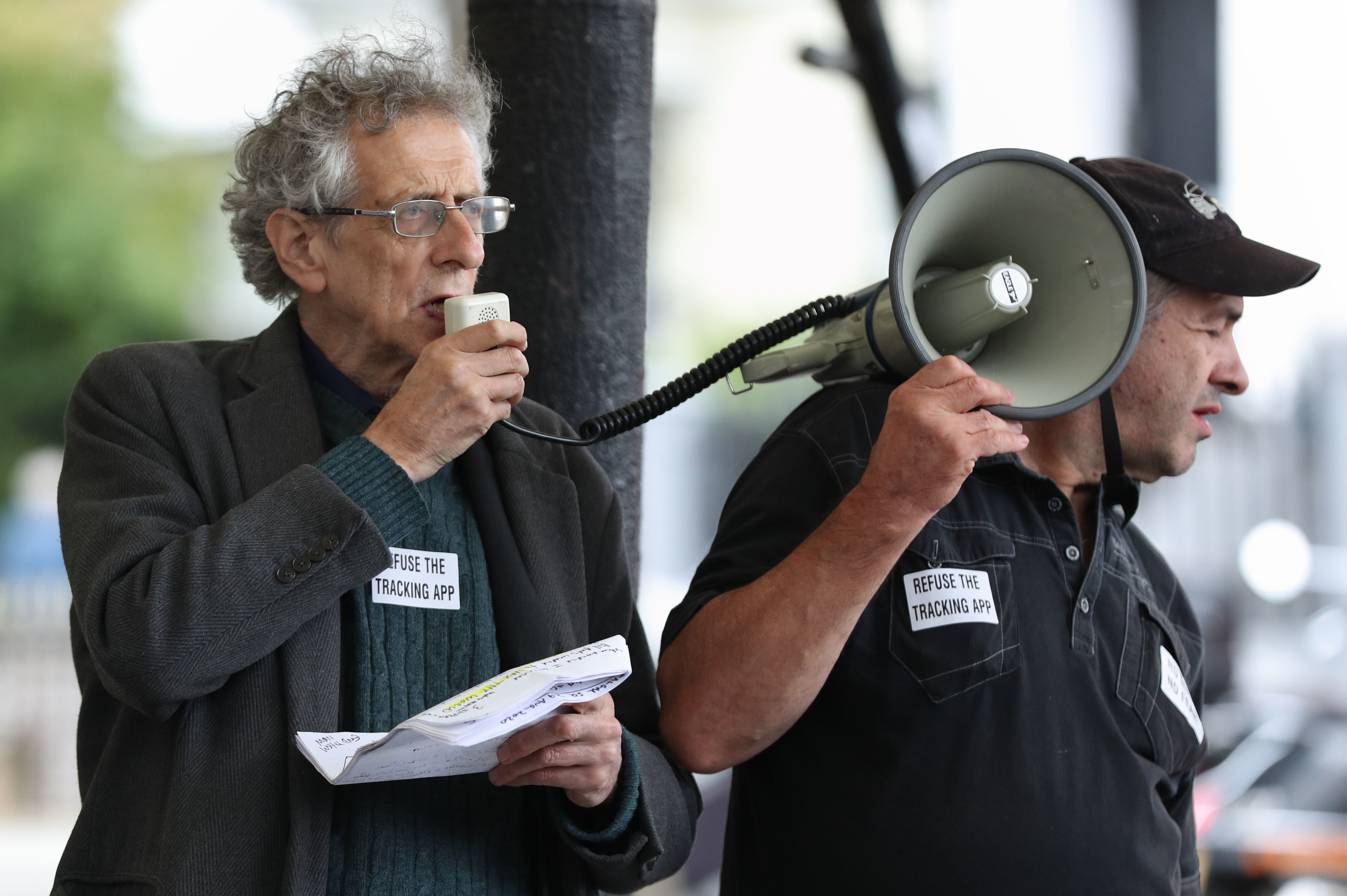 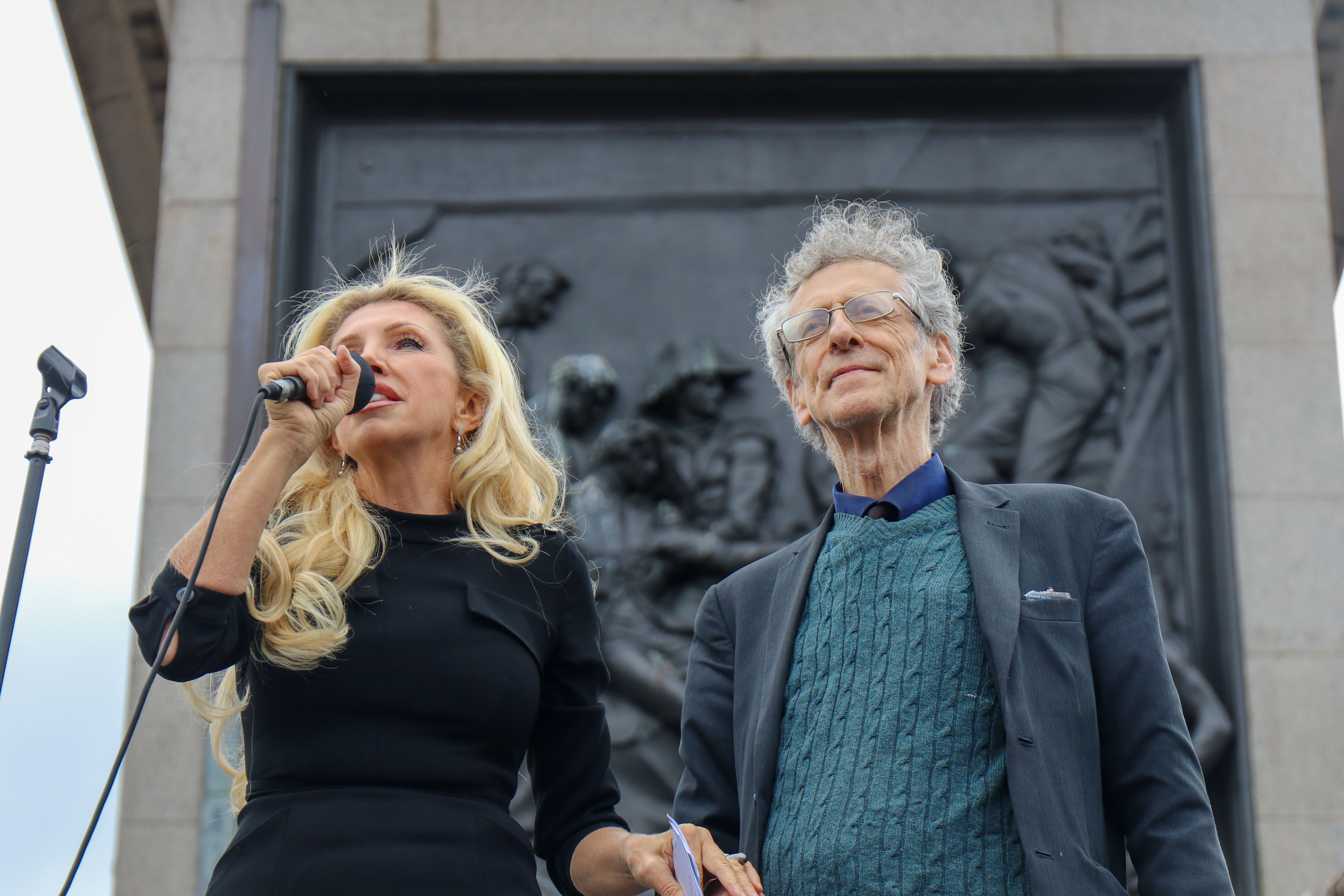 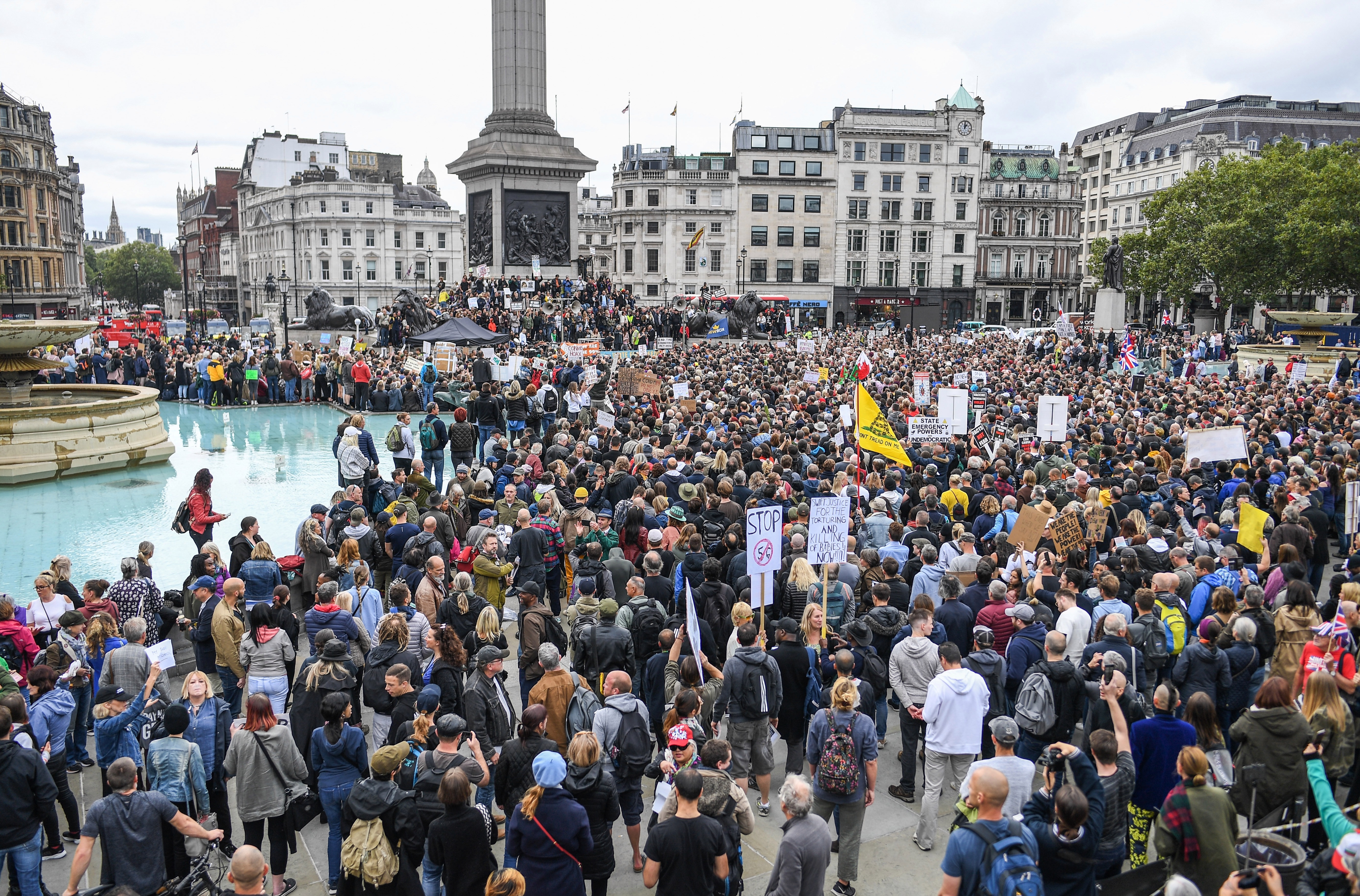 Piers Corbyn, 73, a climate change denier who set up controversial weather forecasting business Weather Action, said on Twitter he had been handed the fixed penalty fine as "organiser".

In the tweet to his more than 31,000 followers, he called the demonstration an "epic success".

Under new changes to regulations, those attending a gathering of more than 30 people may be committing a criminal offence.

Hundreds of protesters, some of whom displayed anti-mask and anti-vaccination placards, gathered in Trafalgar Square on Saturday afternoon.

Officers from the Metropolitan Police handed out letters explaining the newly-introduced legislation to demonstrators as they marched down Whitehall.

On Saturday, the Metropolitan Police said a 73-year-old man was arrested in Trafalgar Square at 3.25pm on suspicion of breaking the new Health Protection Regulations 2020.

He was informed on Sunday that a fixed penalty notice would be issued for £10,000 for the offence of holding a gathering of more than 30 people in an outdoor place, according to the force.

He has been released from custody, police added. 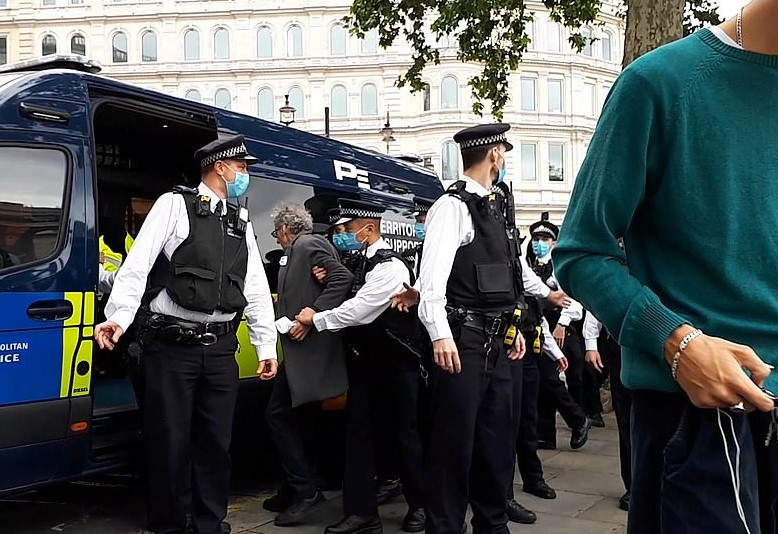 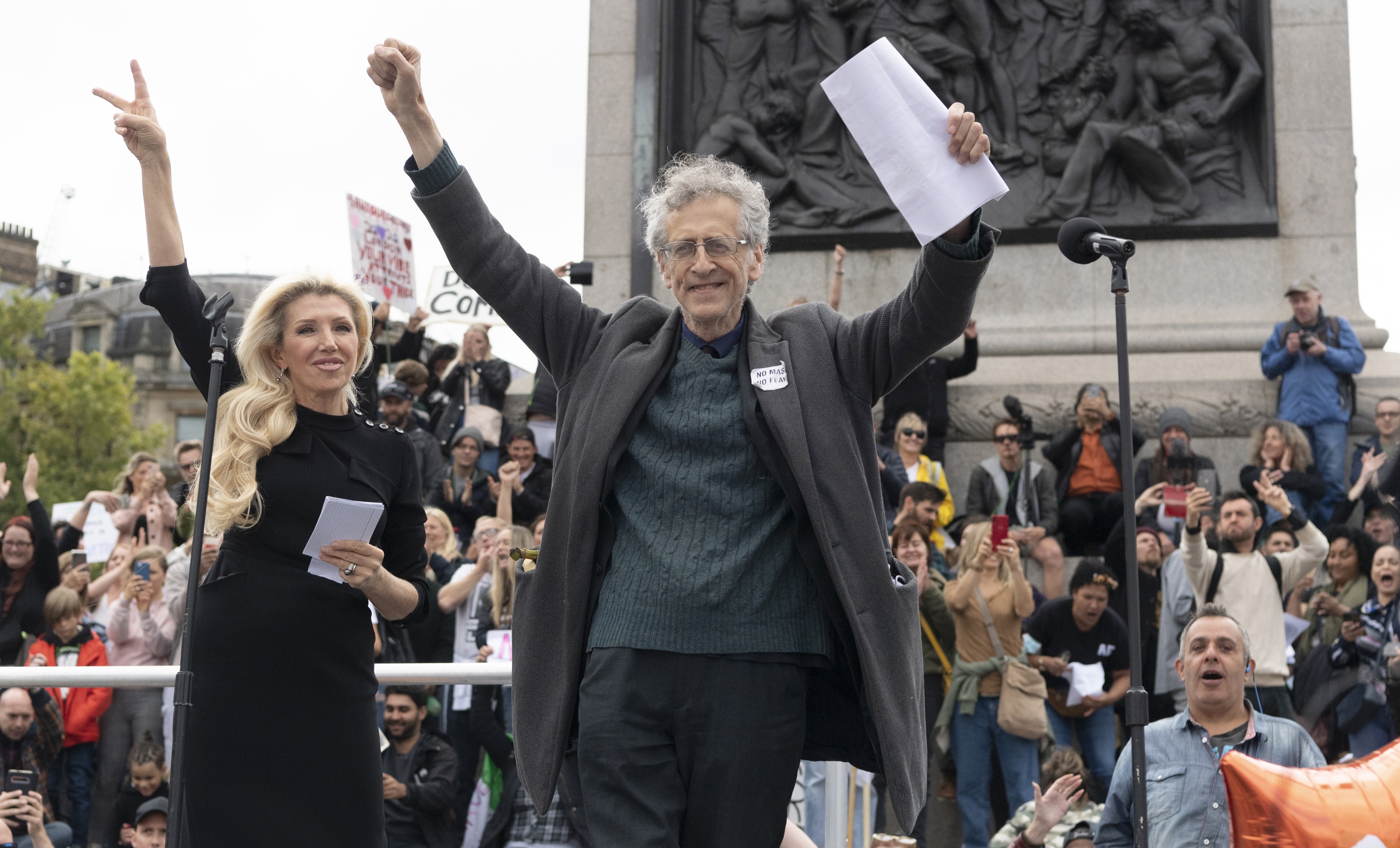 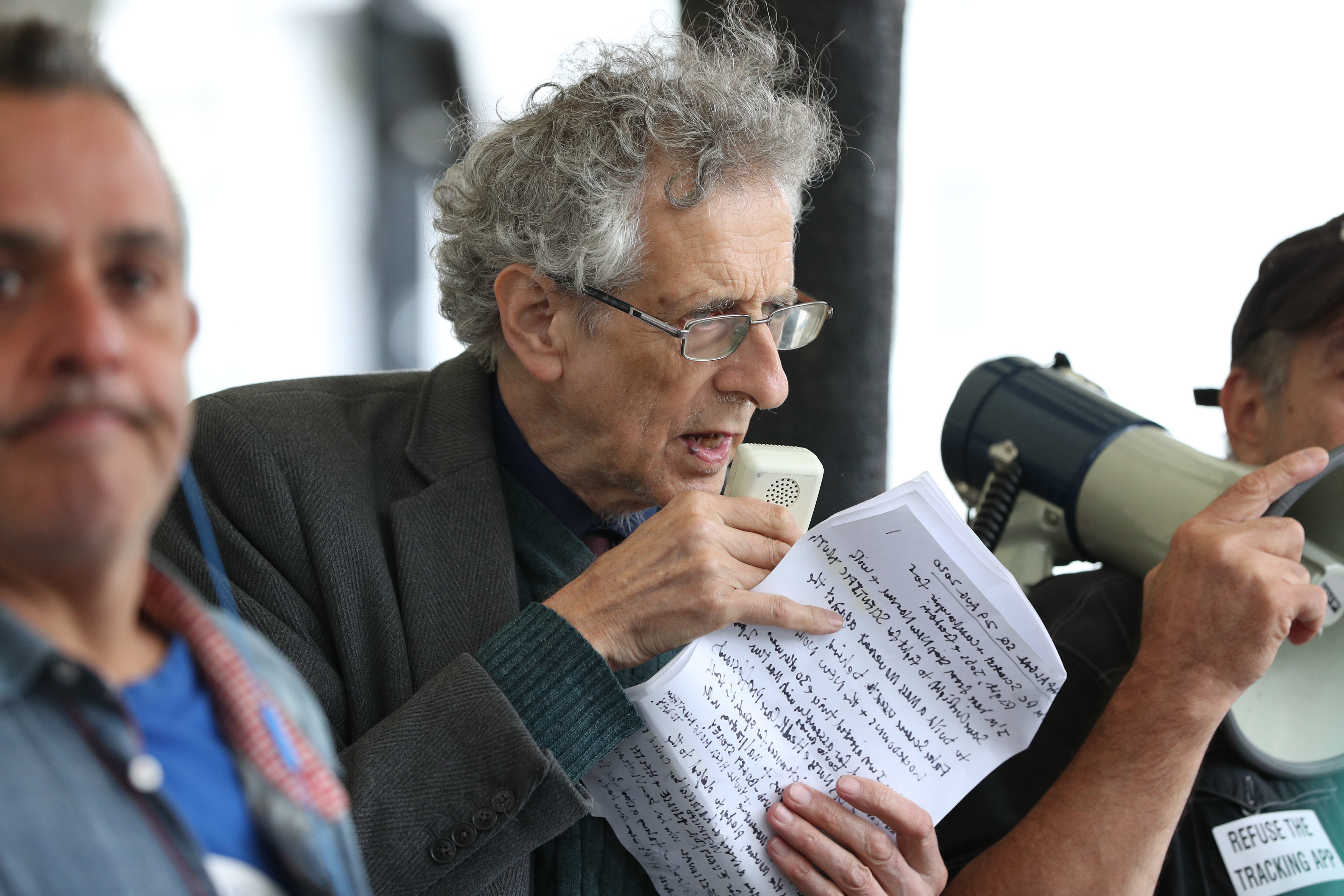 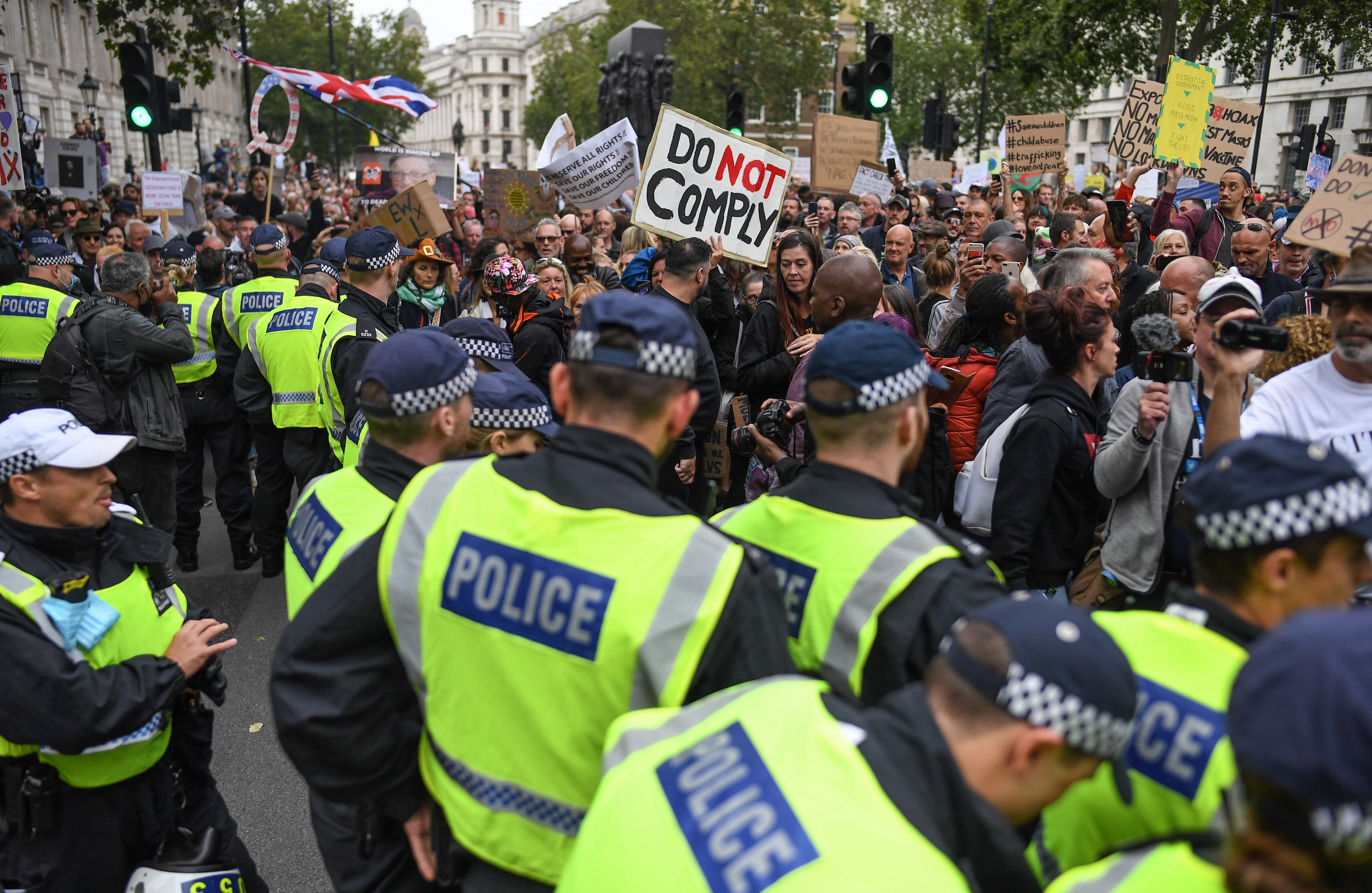 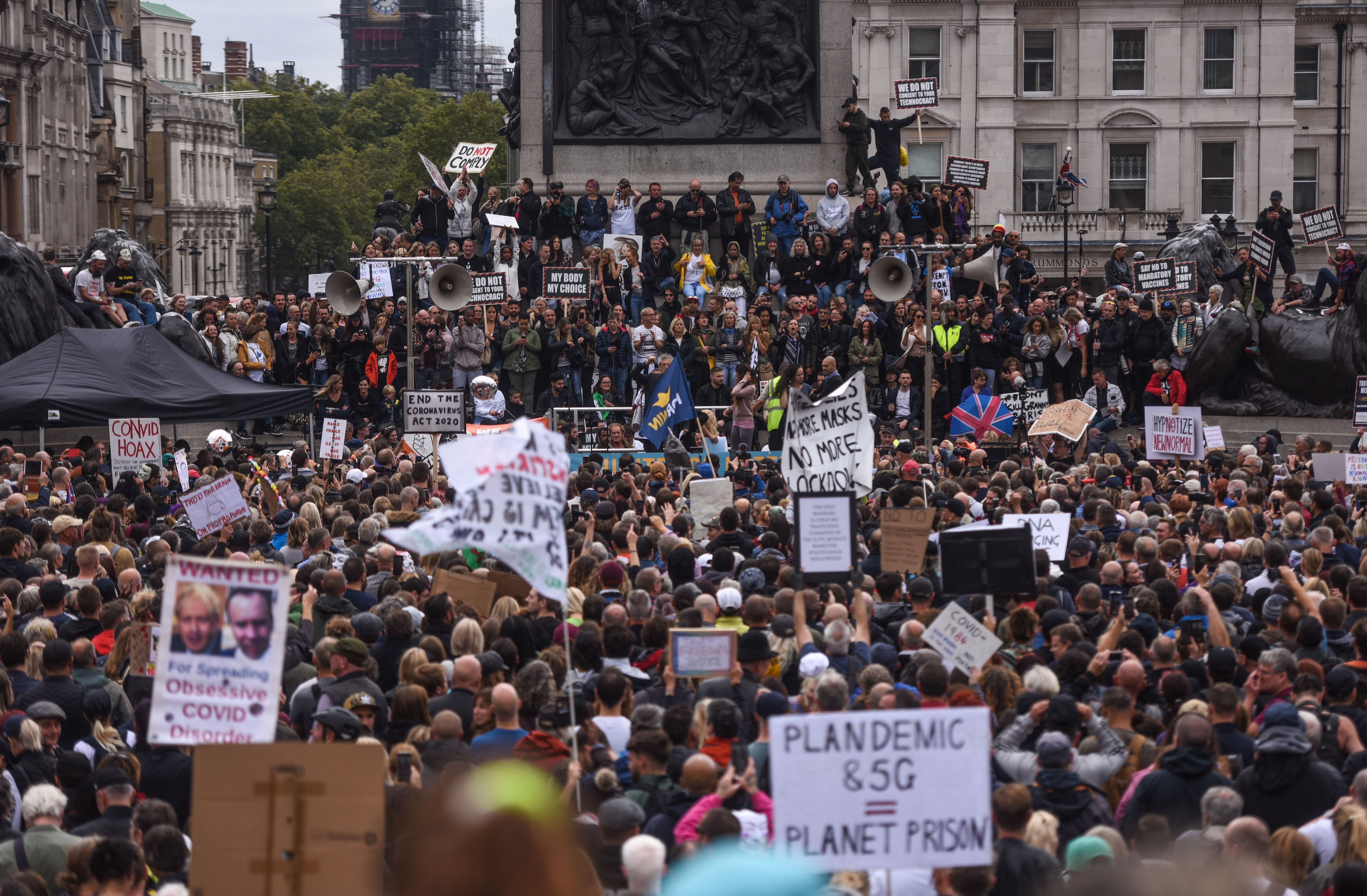